Hi everyone, I'm proud to present my latest work.

Everything you see here is based off real construction plans, including the style of the street tiles and the size of individual street tiles. I also modelled accurate benches, trash cans, bus stations and other street furniture, to look like the ones actually used by the city.

The tram models are pretty accurate - I consulted with one of the train manufacturers and even scanned the seats on a real Tel Aviv tram so the fabric pattern is accurate for the one interior shot.

As this render shows real locations, the buildings are accurate as well. The ones closer to the camera are modeled by hand, and the ones farther away are a mix of 3d scans and image planes.

The people are a mix of models I bought online, friends I photoscanned and a few specific models I built. For people in the background, I used Ian Hubert's amazing "crowd generator" particle system. I even put myself walking my dog there. The dog has over half a million hairs and Blender crashed quite a bit on that shot.

I tried to make the scenes appear dynamic and alive, with things like trees moving in the wind and handheld shots.

For the shots showing the before and after, I rendered the two passes and combined them in After Effects. The "before" model was a 3d scan of the area.

Here are a few others:

Some virtual graffiti in our virtual city (character model is from Ian Hubert's Patreon): 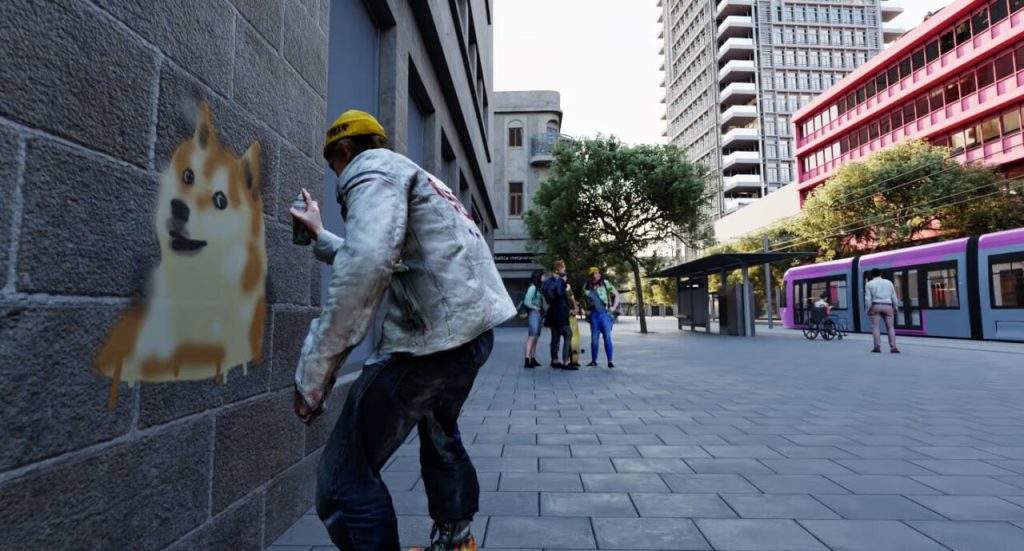 These are the stations on the train line: 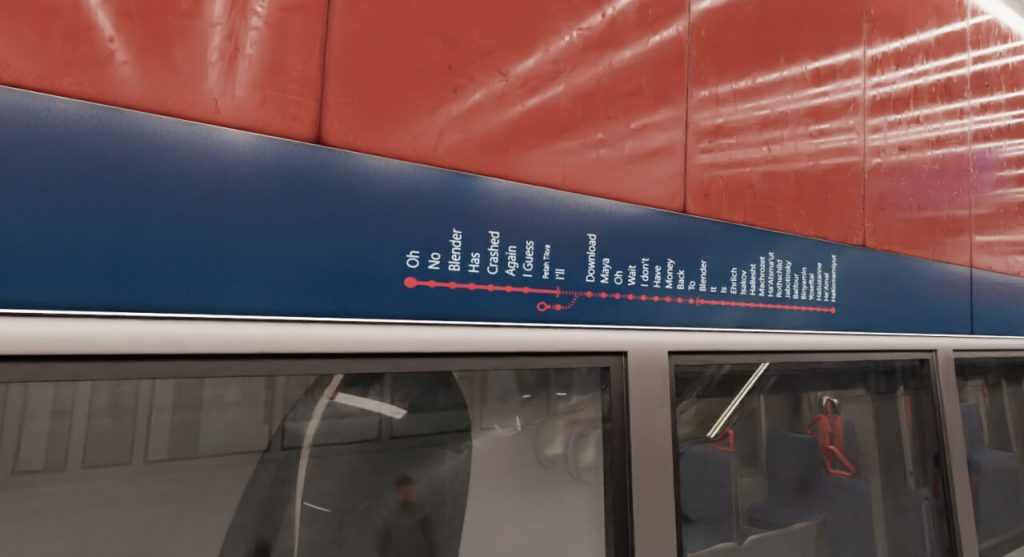 And I even scanned a friend and turned him into a street performer. He gets paid little Suzannes: 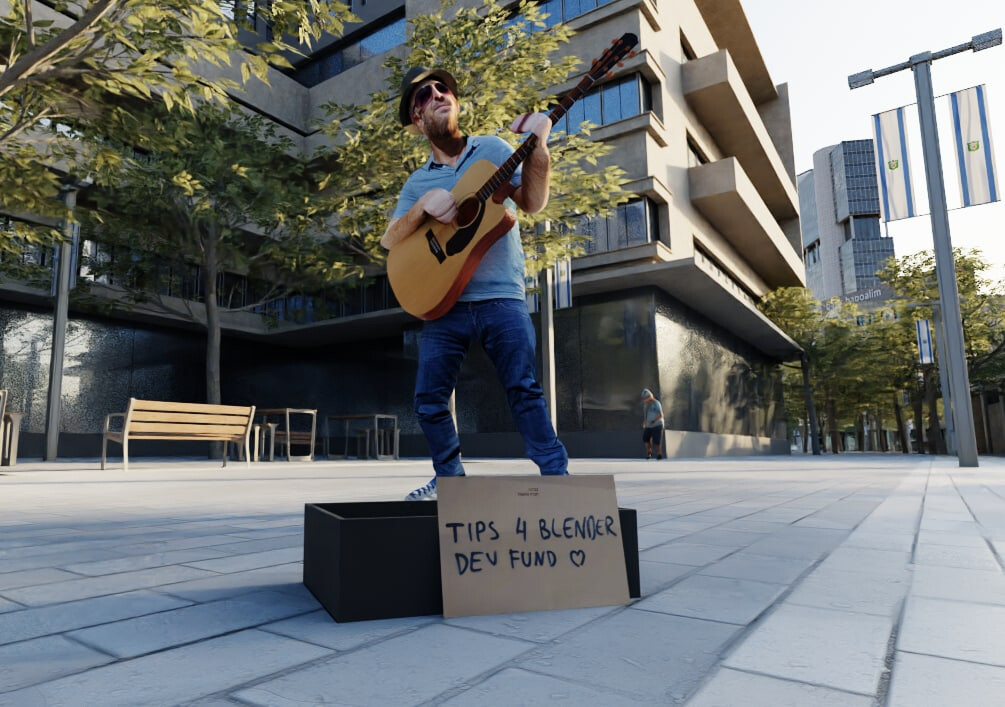 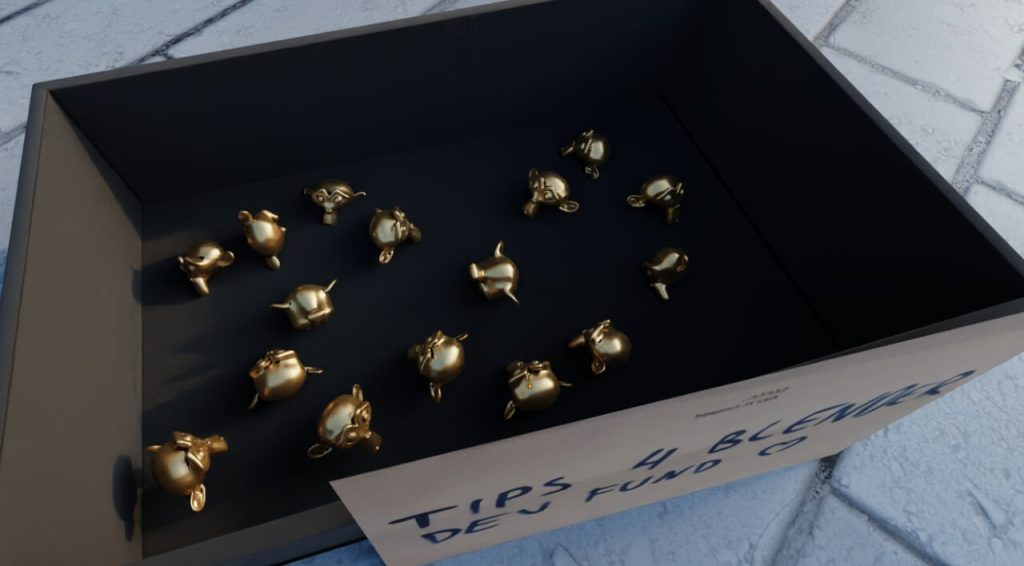 Render times were pretty good on my 3080 at home and 3080ti at work, averaging 2-8 minutes per frame, depending on the shot.

I used Photoshop for some textures, After Effects for compositing, and Premiere for the edit.

When compositing, I generally do color adjustments and add subtle lens flares or fog when needed. I try not to overdo it as that can hurt the shot. 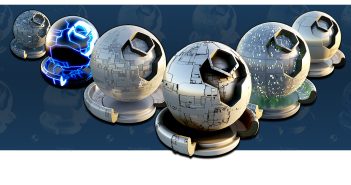 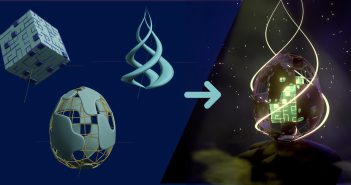