This work started from a project for the geo-structural study of underground historical assets in southern Italy. In these cases, surveys are performed which can be photogrammetric or, much more often, by means of laser scanners. It was the case of this particular cave, where the results of the laser scan are used to make stability analysis of the rock blocks directly on the 3D point cloud, which was then used by me as a starting point to create the model of the underground environment.

I took the chance and for completeness I first wanted to reconstruct the exterior, making so a photoscan with my personal drone. This part has been cleaned up, enriched of details (stylized) and finally rendered in Blender Cycles at 1024 samples. To speed things up I took advantage of the 3d_illusions Turbo Tools V3 add-on, which I highly recommend for an optimal boost of Cycles.

I then waited of the interior data from the geologists who had carried out the survey with the laser and created a mesh that I texturized entirely in Blender, because this model, unlike the photoscan of the outside, had no texture unfortunately. I exported the UV mapped model to Unreal Engine 5 and used Megascans models for the rocks, some props and the stairway. The rocks have been placed, reshaped and the hue of each model has been adjusted to follow the original model, which however has not been fully covered of course. It was perhaps the funniest part because it felt like putting a puzzle together. The altar, on the other hand, is also the result of my photoscan with a digital camera. I played a bit (a lot - lol) with the light, stylized the whole environment, and finally here is a virtual navigation of a beautiful cave immersed in the countryside of southern Italy!

If you have any questions about modeling, exporting, other used add-ons or managing data from scans... anything, please don't hesitate to ask! The whole thing was a very interesting process for me which I will (I hope) talk about soon or later in a video on my channel. So subscribe if you like!

Historical information about the cave is in the description of the video on youtube. In this regard, however, there is an Easter egg of which I leave the identification to a careful eye..
If you want to know more... well just visit the place! :) 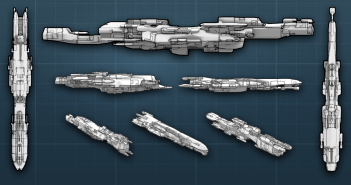 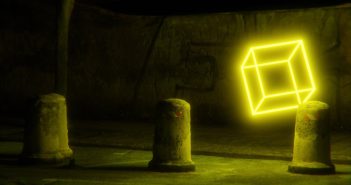