Hi all, my name is Zeke L, and I’m a self-taught 3D character artist from Thailand.
Currently, I’m an online freelancer which mainly focuses on stylized 3D characters, although my goal is to work with studios developing games and movies.

Growing up in rural Thailand countryside, one of my fondest memories is of my many siblings and I, gathering around our old Casio projector to watch Ghibli movies together.

Seeing those beautifully driven stories, calming soundtracks, and amazing worlds so prevalent in Miyazaki’s movies, especially Nausicaä, definitely had a huge effect on my desire to be an artist at that age.

Because of that, after watching Nausicaä of the Valley of the Wind again recently, I was inspired to express that feeling through this piece.

Before beginning the project, I first started collecting references. At first, I collected a lot of references from the movie itself, taking direct screenshots from frames of the character. However, due to the nature of anime-style characters, I knew I had to make a lot of creative decisions to properly incorporate the character in my style. Because of this, I also included references of other 3D models I wanted the final product to look similar to.

Note: There were many more references I used throughout the project that I didn’t save here, more face references and especially other 3D models I found inspirational.

Take your time here and get a solid idea of what exactly you want to create before you even start!


After collecting my references, I started sculpting from a sphere; sculpting the head, eyes, ears, neck, and body first before moving on to the hair. Looking back, I would have gone a different direction when choosing her lip shape.

While I chose to use Zbrush for the sculpting stage, you can also use Blender. The basic idea behind sculpting is pretty replicable between the two software, and Blender’s sculpting capabilities are quickly becoming a viable competitor! 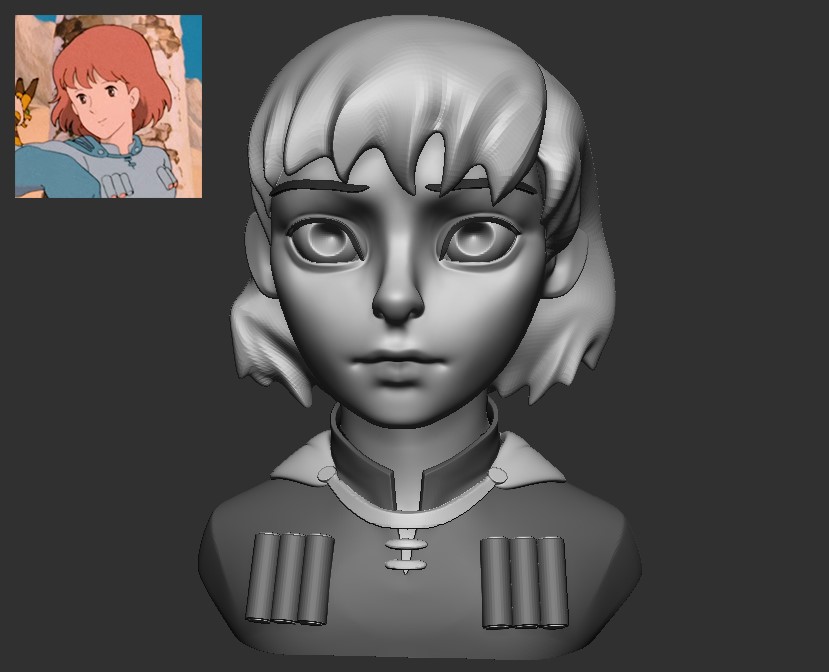 At this stage, it’s okay if the model doesn’t look exactly like your reference, or even resemble it at all! Just trust the process and keep working on it.


After sculpting a base for her hair, I used a hair brush called DE_Hairtubes_V2 by Dylan Ekren to start on what would eventually be her final hair. 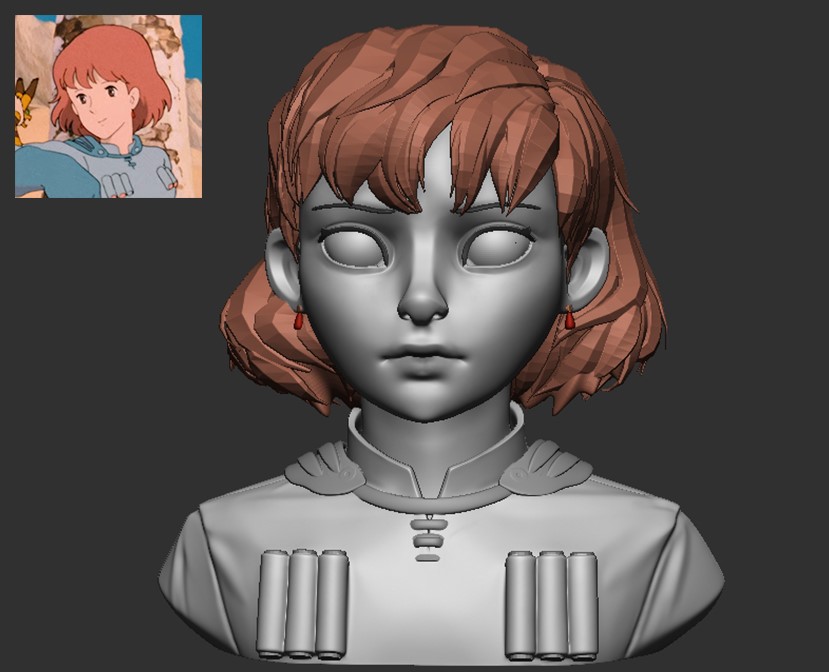 After fixing her hair shape and strands, and polishing areas like her nose, ears, eyes, and mouth, I was ready to move her over to Blender!


Next, I moved onto the retopology. Feel free to take your time at this stage. I did not plan on using my model for animation but if you plan on working with game-ready characters, it’s good to practice your topology regardless! 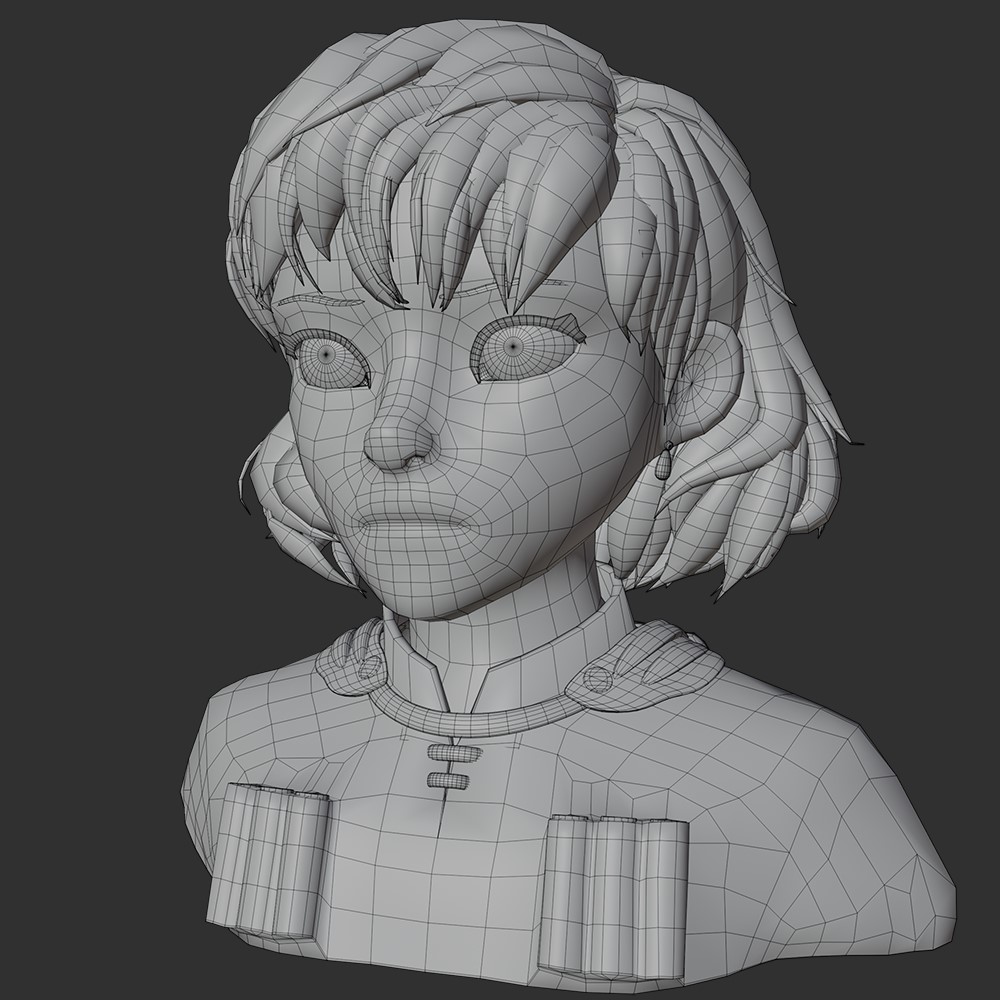 After retopology, I took some time to UV map the model for texturing. 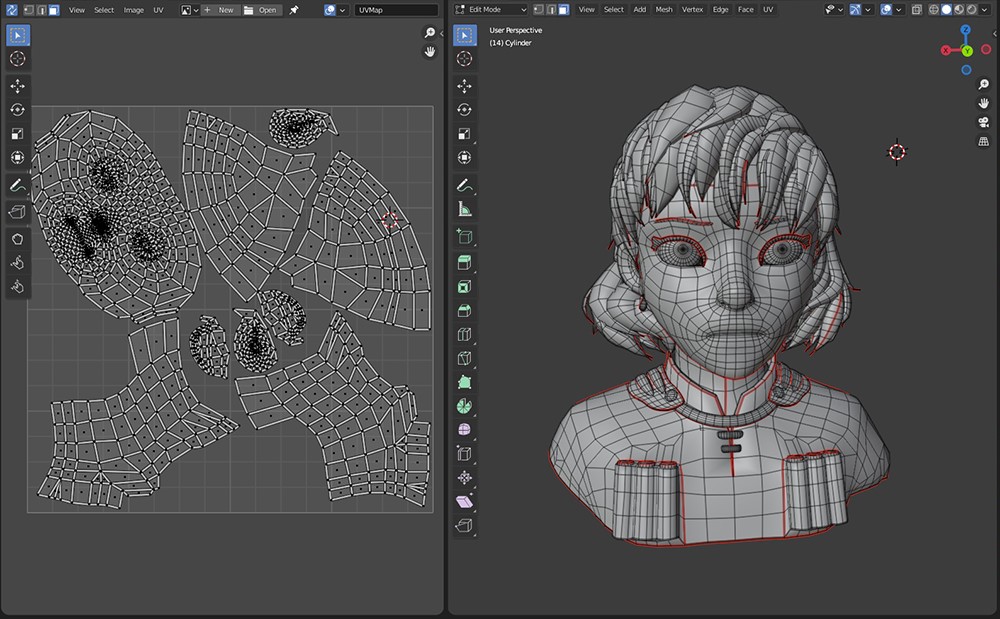 While UV Mapping the hair, it was important for me to make sure each hair strand’s UV island pointed towards the same direction, this becomes important later on.

After baking in details from my High Poly meshes, I added some basic fill layers, and we’re left with a great starting blank canvas! 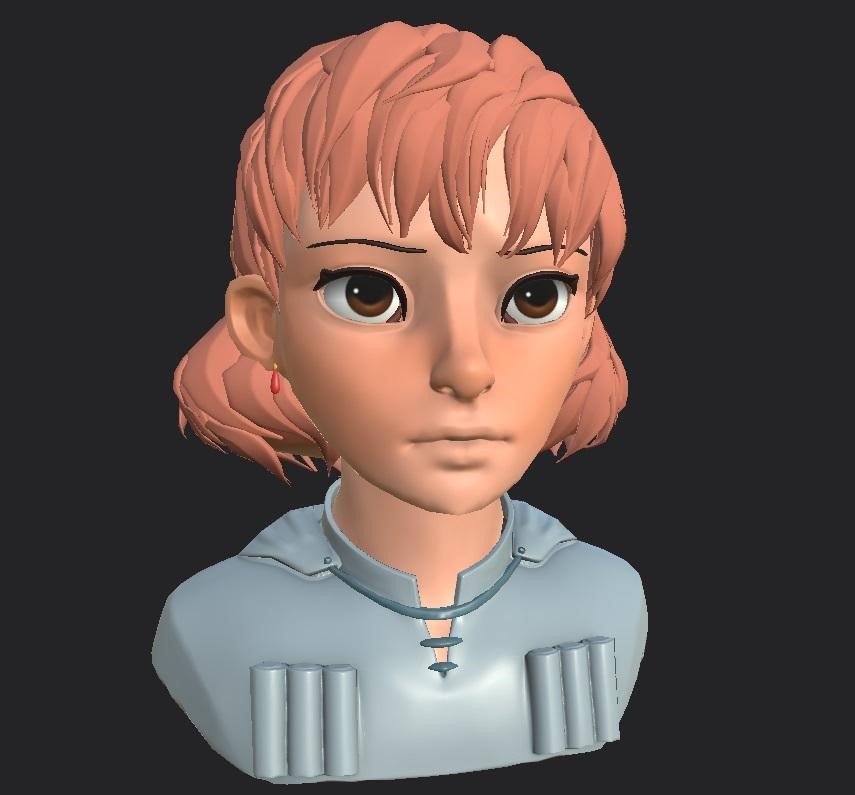 I continued to texture the model, adding blush and life to the face, colors to the shirt and hair, gradients overall, and made normal and roughness maps.

Also, because I made sure each hair strand faced the same direction while making the UV map, I could easily add any normal map on top of it for nice detailing strands. A quick Substance painter render showed the results. 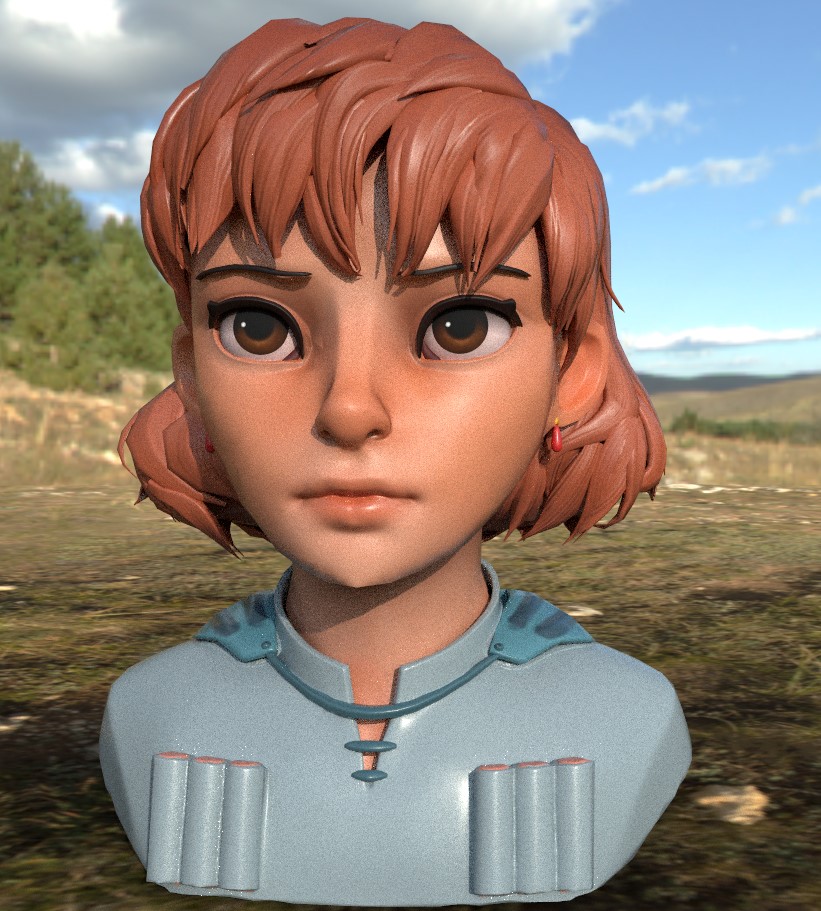 While this test render showed promise, it also helped me realize a lot of problems with the model, such as a low poly count around the jaw, and the hair and eyebrows being too far from the head. The test render also convinced me to remake the shirt entirely.

After fixing the aforementioned issues and working on the model some more, I felt satisfied with her textures and was ready to bring the model to the final step! 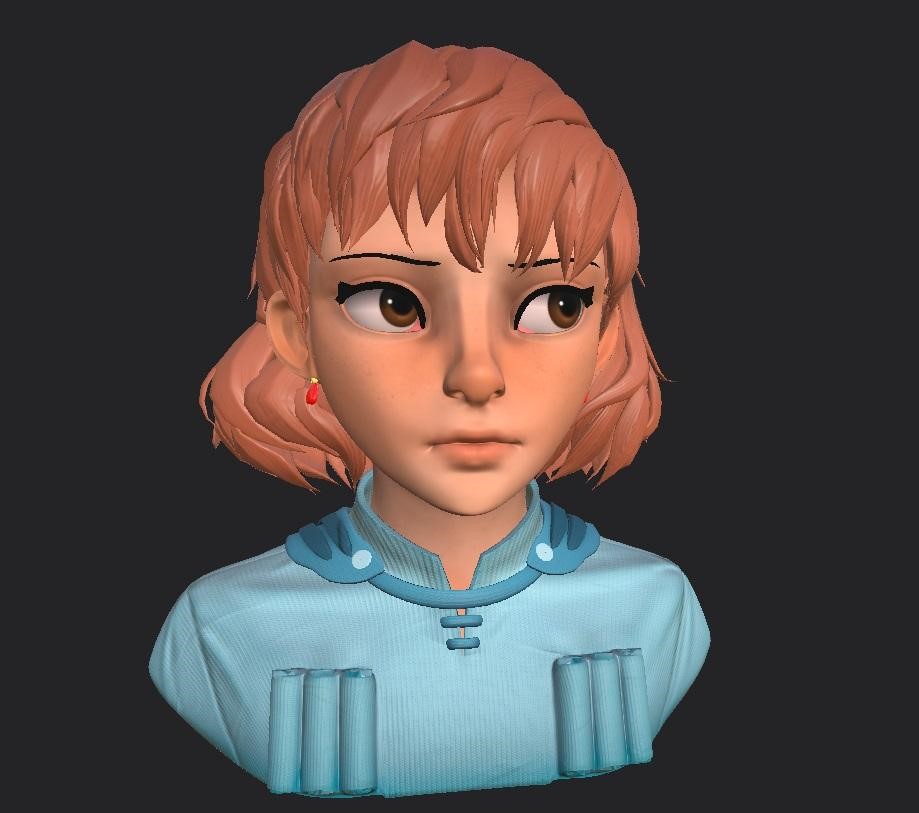 While this is the last Substance Painter screenshot shown here, I would later return several times to fix and tweak textures, even during post production!


Now for the final stage! I set up the model and textures and started with a simple 3-point lighting setup. From there, I added an HDRI and tweaked the lighting as I went. 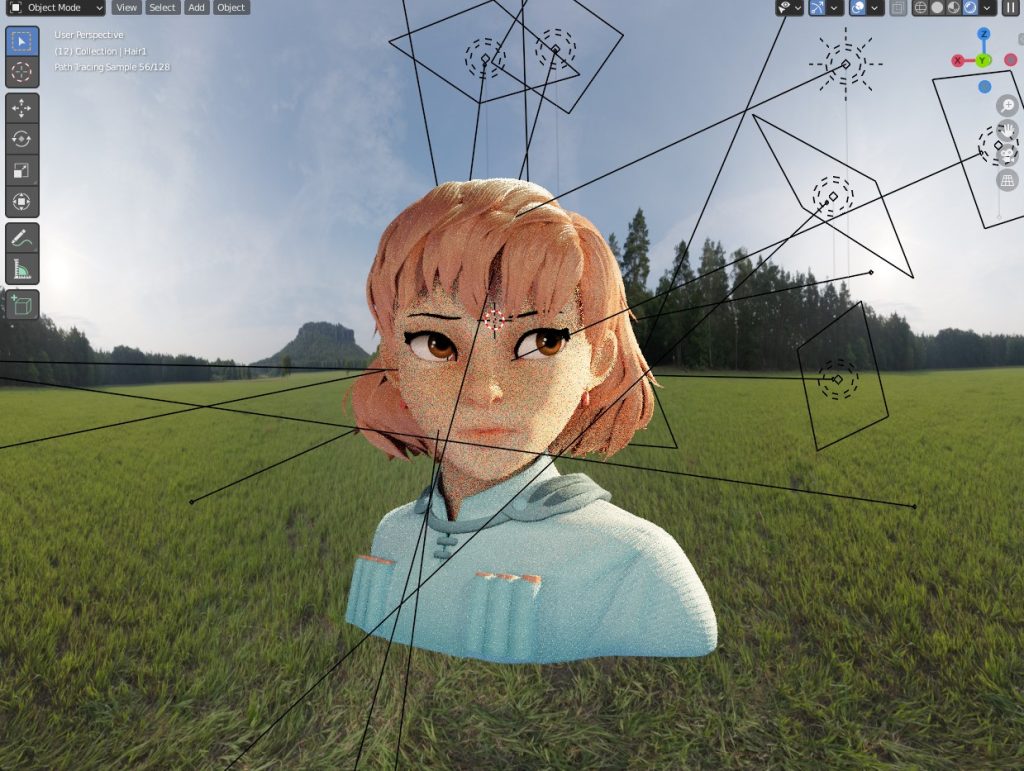 I decided to go with 2 separate lighting setups for each render. 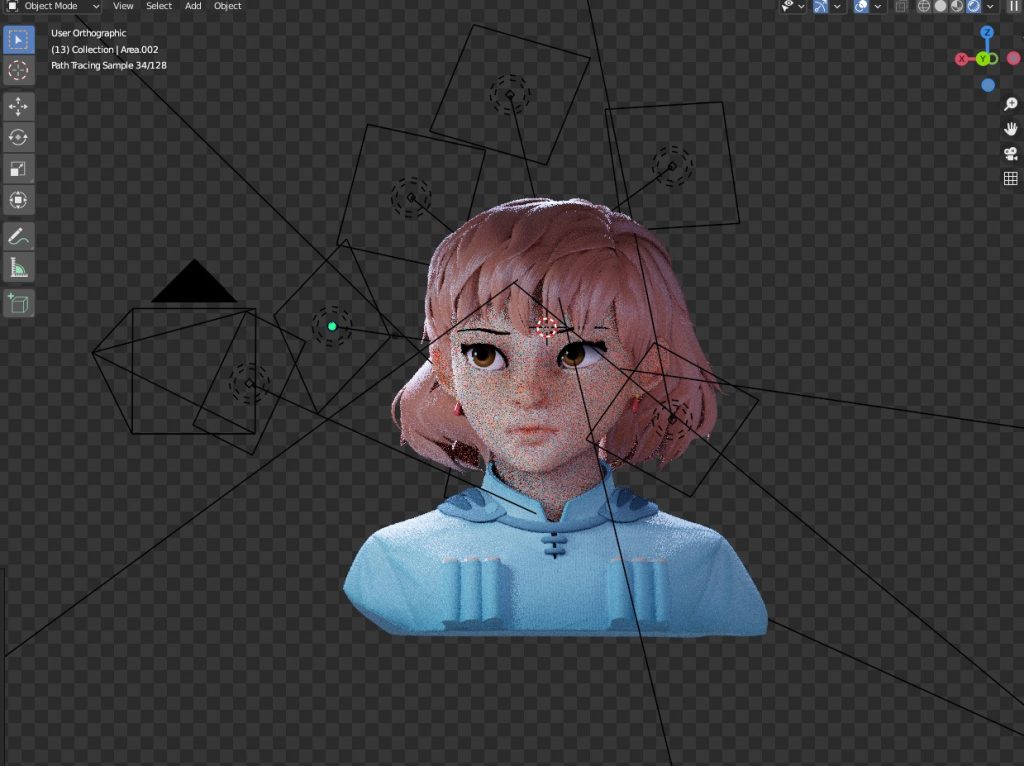 Feel free to take your time with this step. I think I went through around 6 renditions before I was satisfied with the final render, which you can see below. 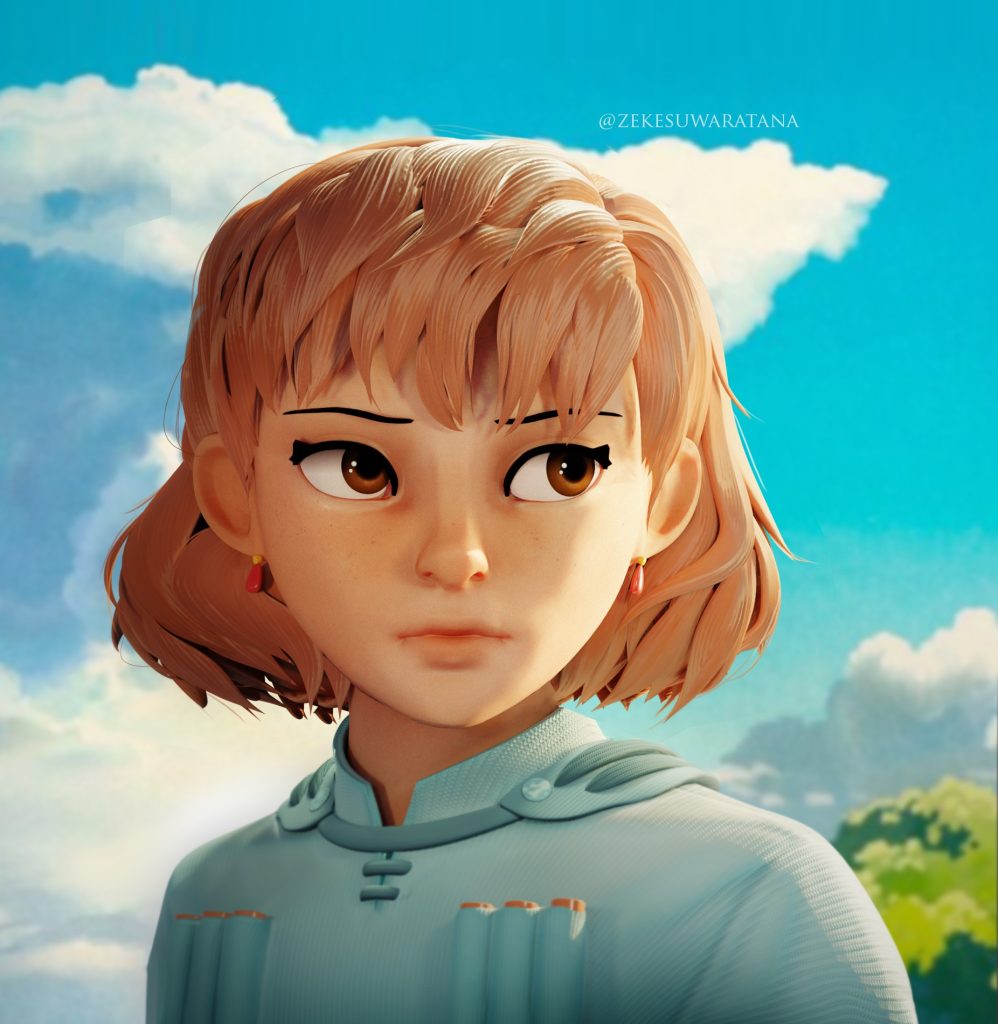 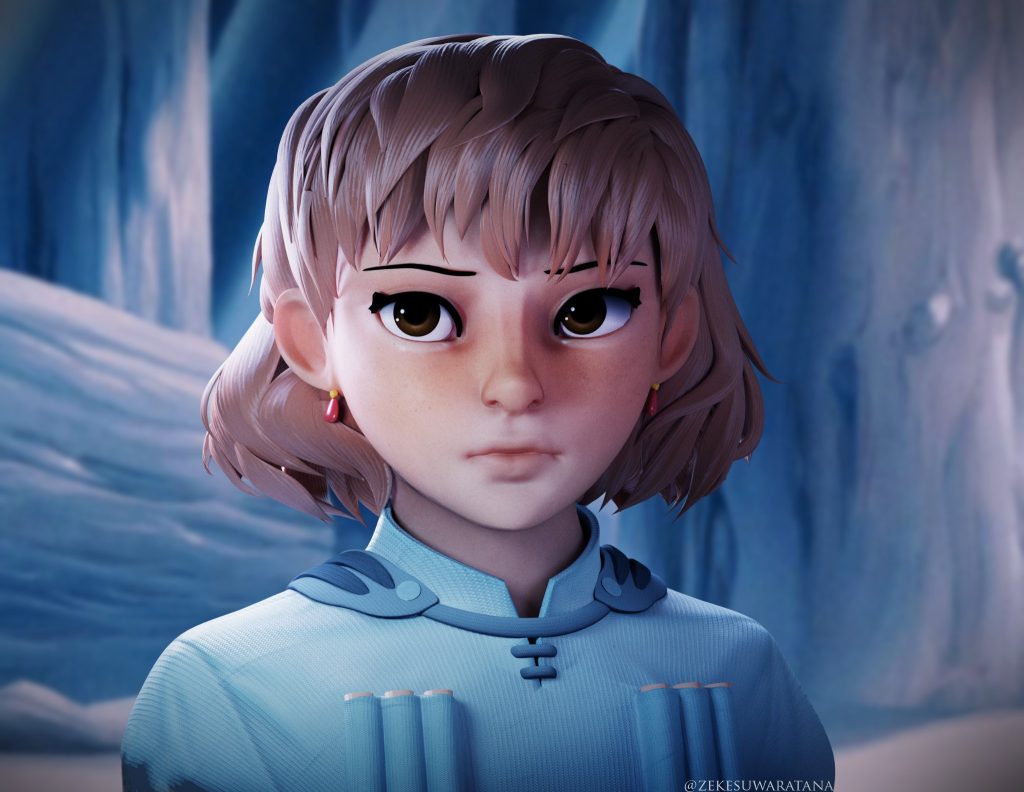 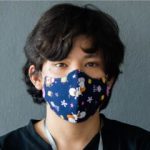 Zeke, a 3D character artist from Thailand, who specializes in stylized 3D models. 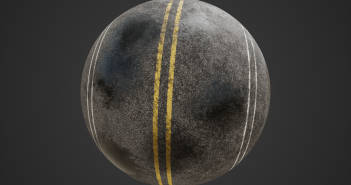 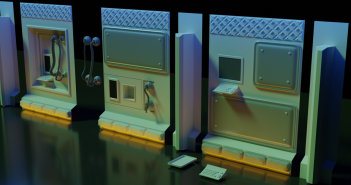 Next Article Tutorial: The ONLY way to improve your 3D modelling and maybe turn it into a side hustle!