Hello everyone! My name is Laura Mercadal and I live in France. I'm a freelance 3D artist. I work mostly on modeling, shading, and lighting for advertising or animation studios.

I learned to use 3DS Max and Maya with V-Ray and Arnold at the Emile Cohl school in Lyon, France. I received very general training.

I use Blender for my personal AND professional work.

It will soon be 3 years that I use only Blender for the implementation of my projects.

I've wanted to use Blender's sculpt tool for a long time, but I didn't dare to start. Usually, I do all my sculpting in Zbrush.

I made this image for a small Facebook contest, where the theme was SpongeBob. I jumped at the chance.

I was inspired by one of the scenes from the Netflix movie, when Bob first meets Gary at a scout camp. 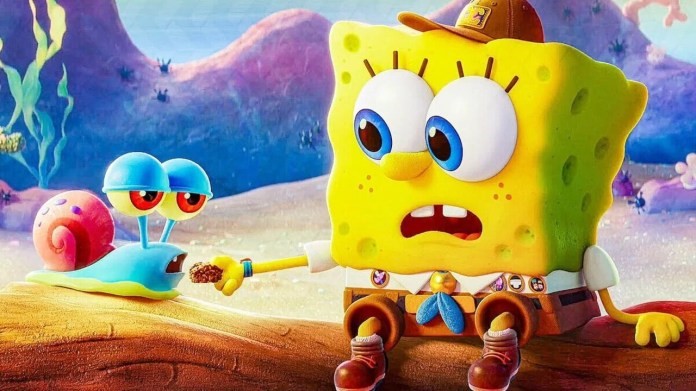 (The Spongebob Movie: Sponge on the Run)

The goal of this creation was to do everything on Blender, from A to Z. I first started modeling Bob, with 3D primitives to get closer to its proportions.

When the main form suited me, I started to carve. I used the sculpt tool to make Bob's head and his socks. I used the dyntopo option to work.

After having finished with the sculpting, I attacked the textures. As I was too lazy to unfold the UVs and to do a retopo, I used vertex paint.

All the shaders in my scene are basic shaders with only a vertex paint node attached to the base color. 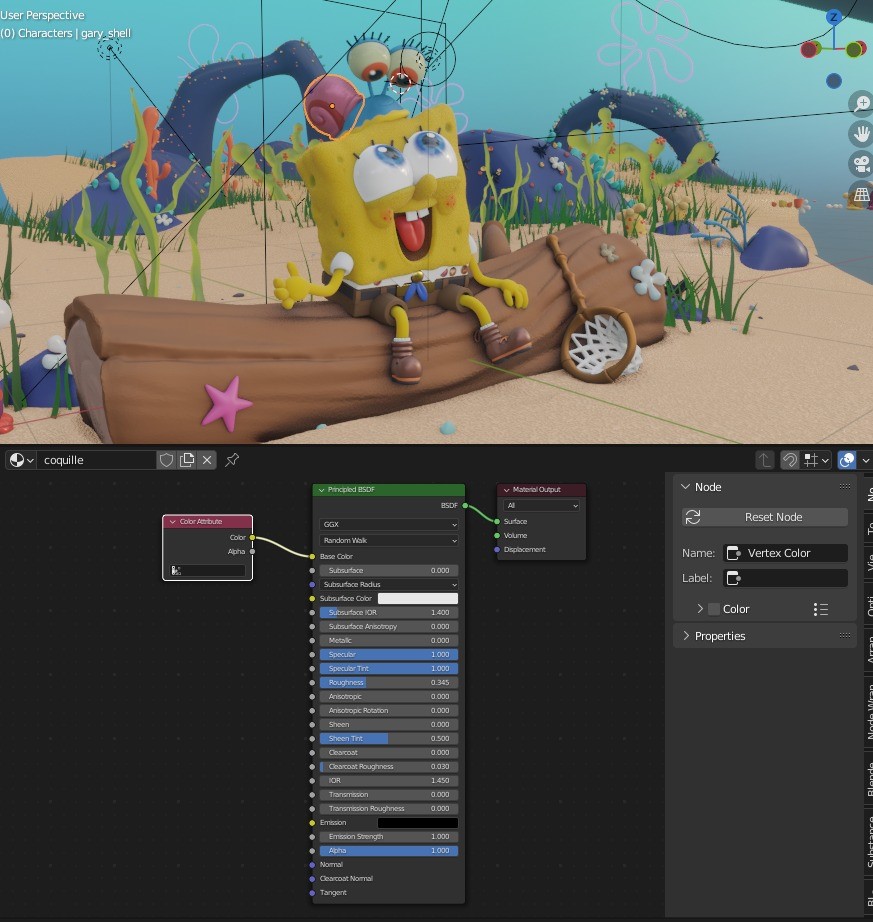 I then started modeling Gary. The production steps are the same as Bob's. First make a base mesh, then sculpt the shapes more precisely. Paint the vertices, and try to make it as cute as possible.

When I finished modeling Bob and Gary, I modeled the tree trunk, then sculpted the details. I placed the two characters using a simple deform modifier (because I didn't want to make a rig).

For the decor, I first modeled the small elements like the algae, coral, sea urchins, and shells.

Then I used the free BagaPie scattering addon to place the elements on the sand. I used Grease Pencil to draw the flowers in the background.

There are five lights in my scene. A spot light that creates false caustics on the ground, so that the scene is less heavy. Then there is an area light which concentrates its light (spread 50 degrees) on Bob, Gary and the tree trunk. Adding to that, there are two area lights to relight certain elements of the background. Plus, a small area light to make Gary's little shell shine and to highlight his shape. And a final porch light from Gary's eyes to give him a more lively, cute look.

Here is the raw render. 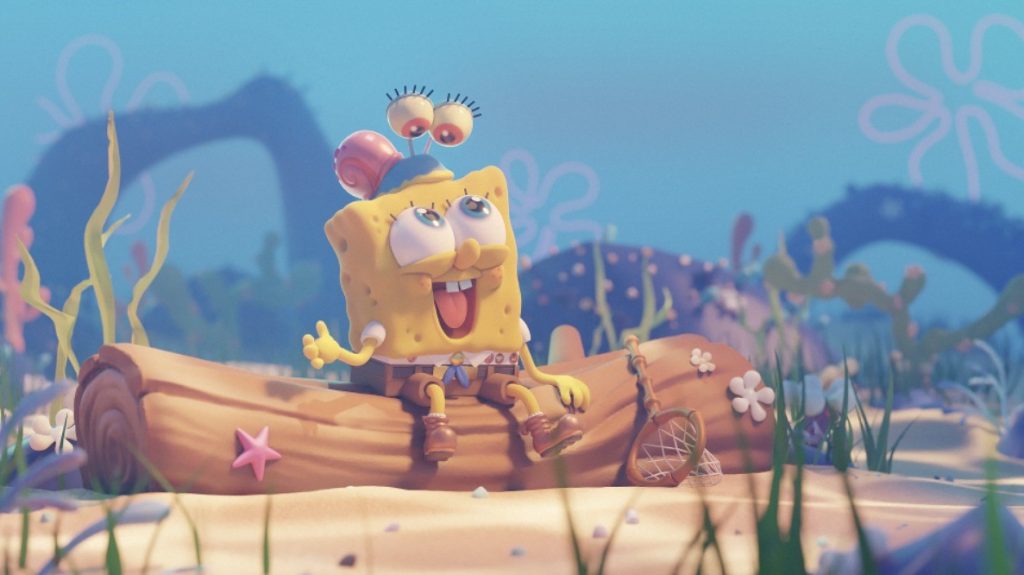 For a little pass of color editing, I used Photoshop. 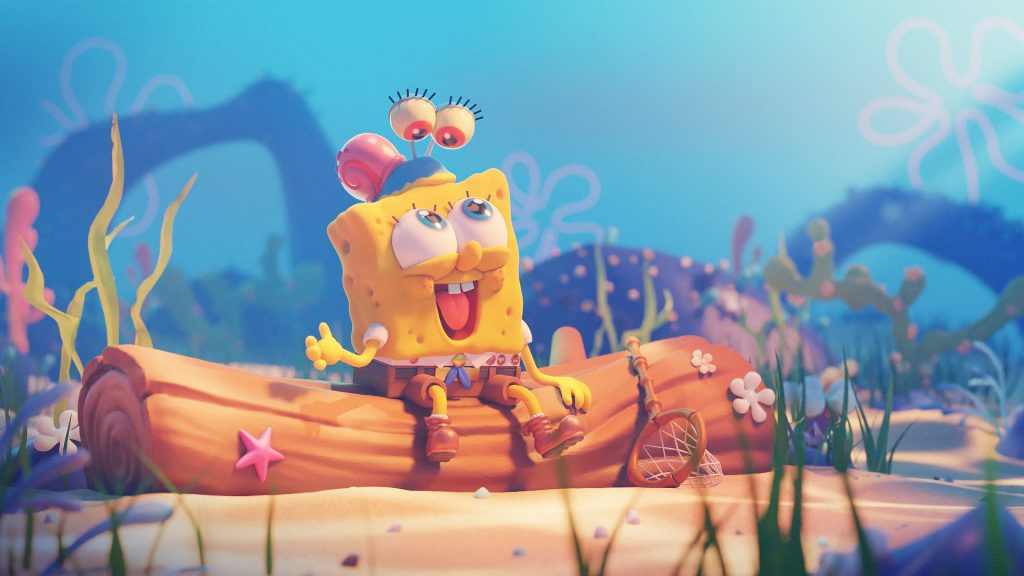 I also did a little 3d test print: 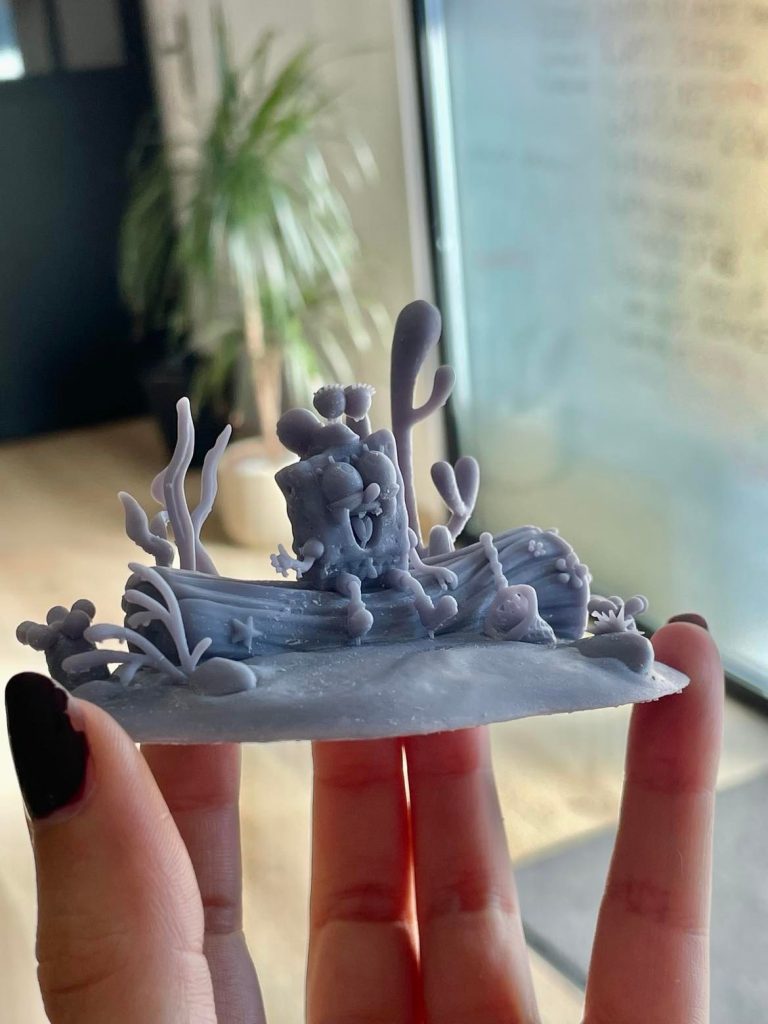 I would like to thank Blender nation and Alina for allowing me to write this article. I hope everything was clear and that you may have discovered some techniques!

I wish you a wonderful day! 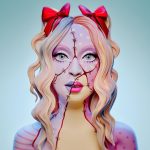 Mercadal Laura, a 3D artist from France. Currently a freelancer for 3D modeling. 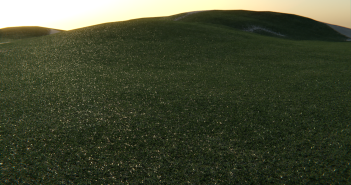 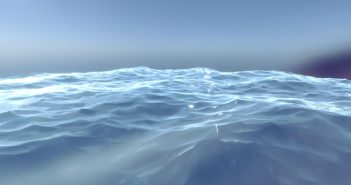