A new update and branch of Animation layers  - available only for Blender 3.2 and beyond.

The addon is now using NLA's new tweak mode option instead of the previous workaround using an active action and a subtract track for the selected layer.

Older versions from the main branch are still working with Blender 3.2 as well, but development is continuing only from this branch.

What does it actually mean?

Custom frame range, Speed and offset controls were added to the layer settings. These settings are connected with strip and action start/end values, however they are more simplified and easier to use.

These settings are also included in the smart bake, and will influence the keyframes positions accordingly after baking/merging layers.

UI update - since the addon is growing bigger, I've separated the Tools & Settings subpanel into separate subpanels, in order to keep the addon readable and easy to use

So what's down the road? Current Road Map:

If you already have Animation Layers addon, then you can update to the new version via the auto updater in the addon's preferences. Otherwise Animation Layers will be included during Blendermarket's summersale and will have a 25% discount

3D Animator. I Started working as an animator at Pitchipoy productions around 2005. Currently I'm working in Berlin for RiseFX Studios, as well as developing addons for Blender such as Animation Layers addon. 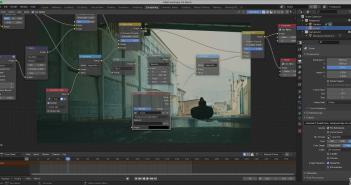 Previous ArticleBlender Cryptomattes: A simple way to use matte data in Compositing (Quicktip!) 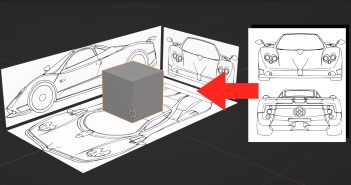 Next Article How to Use Background Images and Videos in Blender