Realism in Urban or city 3d scenes can be broken into 2 components in 3d, Photorealistic rendering and Realism as a representation of the real world which establishes believability in a 3d scene. Often when all the technical skill and know how in the render side fails to produce a “realistic” render, the issue has more to do with the “believability” of that scene on a subconscious level, and not the technical capability.

For this reason, correct set dressing that is representative of the real world is more important than often perceived and should not be left as an afterthought in the 3d scene layout process.

Believable urban detail should include real world items and utilities categorically:
Mechanical (including Ac, ducting and vents shafts), electrical, plumbing, waste, waste collection, Signage and the most prominent, the built environment. I find that detailing a scene completing one category at a time ensure a higher degree of believability than adding ad-hock items on a whim.

The digital set dressing is a Blender Format pack of over 65 3d assets that targets exactly this issue.
It therefore includes all the afore mentioned “core categories” of detail mentioned in the above paragraph. See the video:

It’s a combination of over 65 3d models, some created by poly modelling, others (specifically in the waste category) created with the use of photogrammetry. See the product link.

Over a period of 3 month, I took an enormous amount of reference images on my walk to work every day. I distilled these images into groups, identifying the “common denominators” – objects that seemed to be in all photos or at least the majority. These then became my 3d categories.

The pack will continue to grow and be supported be uploading extensions to the existing categories, as well as creating new categories of urban detail.

Hubert Knoblauch is by profession a product designer using blender for viz, in his off time he loves creating 3D environments 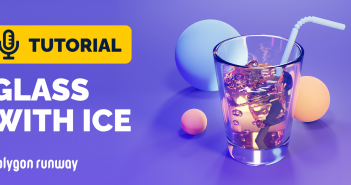 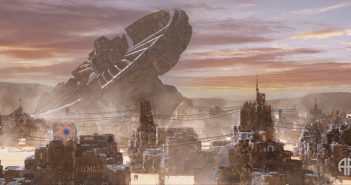 Next Article Behind the Scenes: The Big Wheel