I've been completely obsessed with Blender for 1-2 years.

At that time I was mainly designing in 2d, but I decided to know the possibilities of being able to make 3d with letters by the Blender.

Also, even if you select it, you need language skills and typing to display the letters.

I noticed that it was there. The SVG file with curves can be imported by Blender, and if it is converted to mesh, it can be designed like other cubes and spheres.

Therefore, I created an SVG file using Affinity Designer in 256-letter units based on CJK (Chinese, Japanese, and Korean), which has the largest number of letters, from Unicode, which handles languages and symbols all over the world. Our website sells them - you can find them here (including free versions).

I discovered that by importing the file with Blender and converting it from curve to mesh, it can be edited as a kind of shape with Blender.

This is the same as assets. There are already many addons such as many plants. This letter is the same as that, whether it is an SVG file or a blend file, if you can display it as a list and select it, you can freely design it.

Currently, we have created a sales site centered on letters and have already released it.

Basically, it is 256 letters in the SVG file. Originally, each letter in a CJK has a meaning. But when viewed as a shape, its meaning is irrelevant.

This method can be used not only for letters but also for other shapes. However, it cannot be reproduced with a 100% using Blender with complicated figures or automatically created curves.

Would you like to design 2d or 3d using more letters?

Although this project uses Unicode, it's just a reference to the organized classifications and has nothing to do with them.

There are still more languages to register, which is a huge number. In some cases, there is no font and we will need to design by ourselves. But basically, if you create these with the font that the local person uses and upload it as an SVG file from their website or upload it as a blend file, the range of design will increase more than now in 2d or 3d.

By all means, I would like you to incorporate the design using these letters or the use of an SVG file.

Some free content is also available on our website, so first please try to use it in Blender with a free SVG or blend file, and if you are interested. If you buy a file for the price of US10, that helps a lot we will also operate our website.

I would like many people to utilize this SVG file and expand the range of design in 2d / 3d. 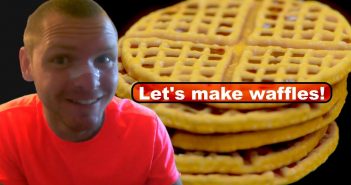 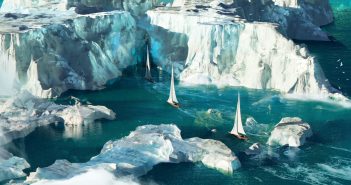 Next Article Blender 3.2 Released: Check Out These Standout Features