This short film was made for the proposal competition for “Virtual Space in the Future,” and won the 1st prize.

The first screening was conducted with a video in 3 minutes that conveys the concept of the design and the expected experience in space. The second screening was 5 minutes long for an online presentation via ZOOM, plus 15 minutes for a question-and-answer session. 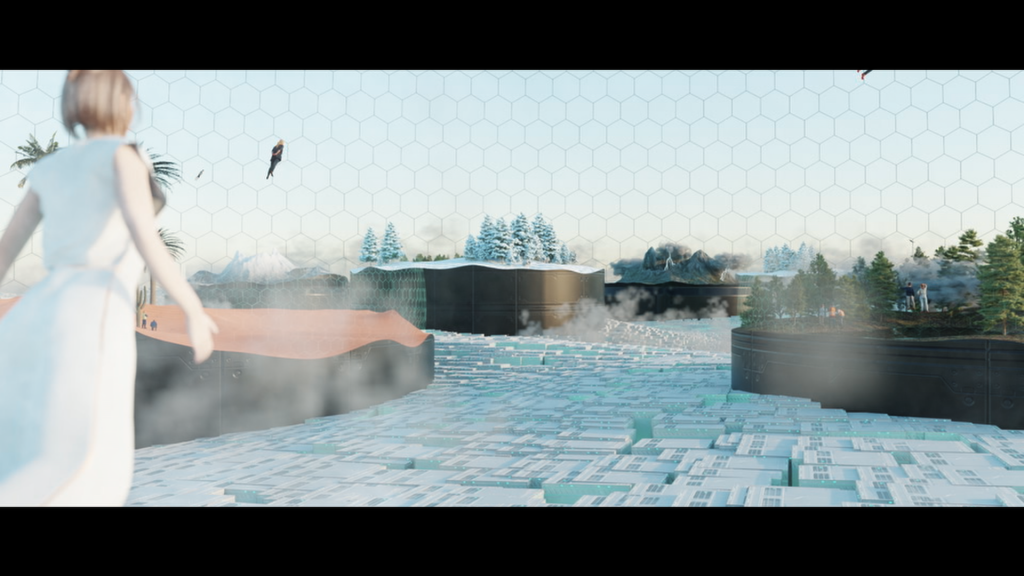 By collecting and reproducing the areas of the world where environmental destruction is progressing in digital space, we will overcome the physical distances. 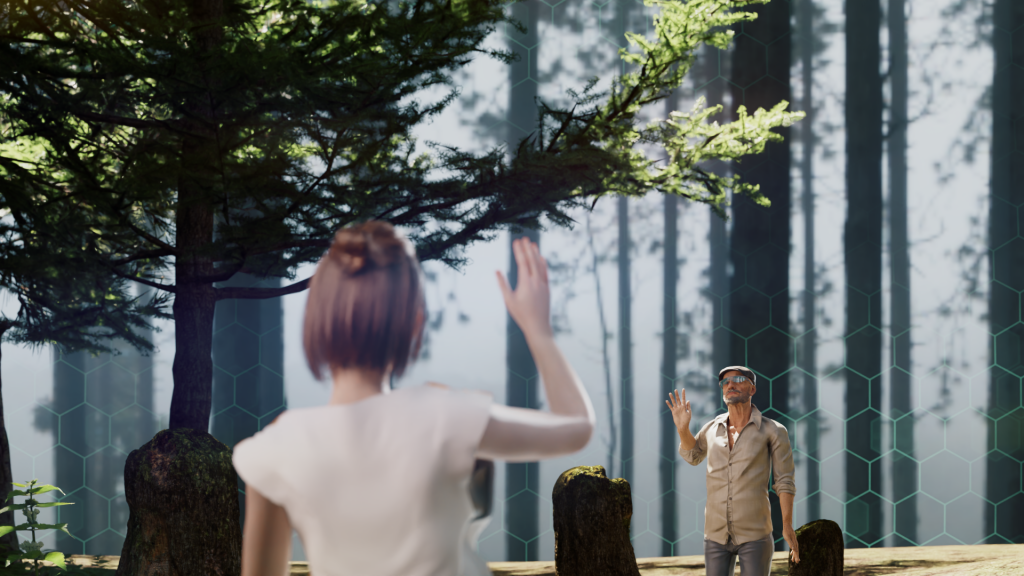 In areas where deforestation is progressing, we will plant new seedlings with the help of people in the physical space. 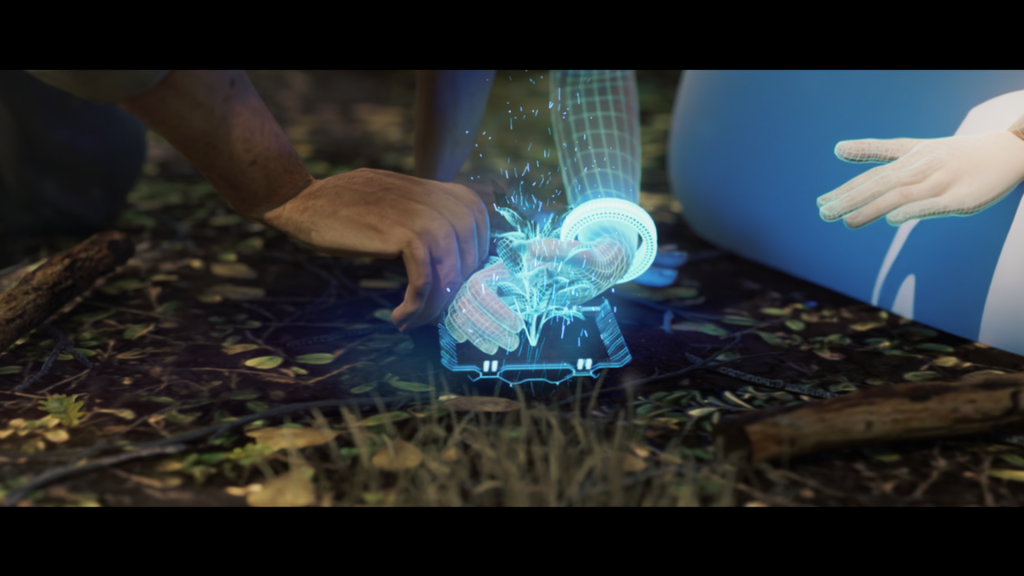 By watching the growth of your plant, you experience the content through a long, slow time, unlike the short-term and overheated content consumption that you have had so far. 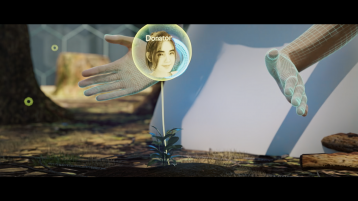 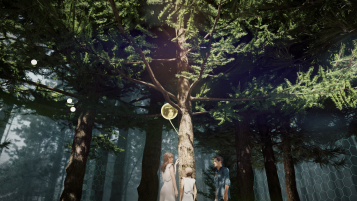 I tried to use Character Creator 3 with some plugins such as Headshot & Skin gen. It is helpful for quick creation of high-quality characters.

I added some details in Blender, after watching many tutorials, especially by Martin Klekner.

First, I created a virtual space with some islands, using many VDB clouds.

Then I created a real space with a forest, using the Botaniq addon. Botaniq addon has lots of trees and ground-cover plants. Sometimes, I use fake shadows of trees to reduce massive render time. 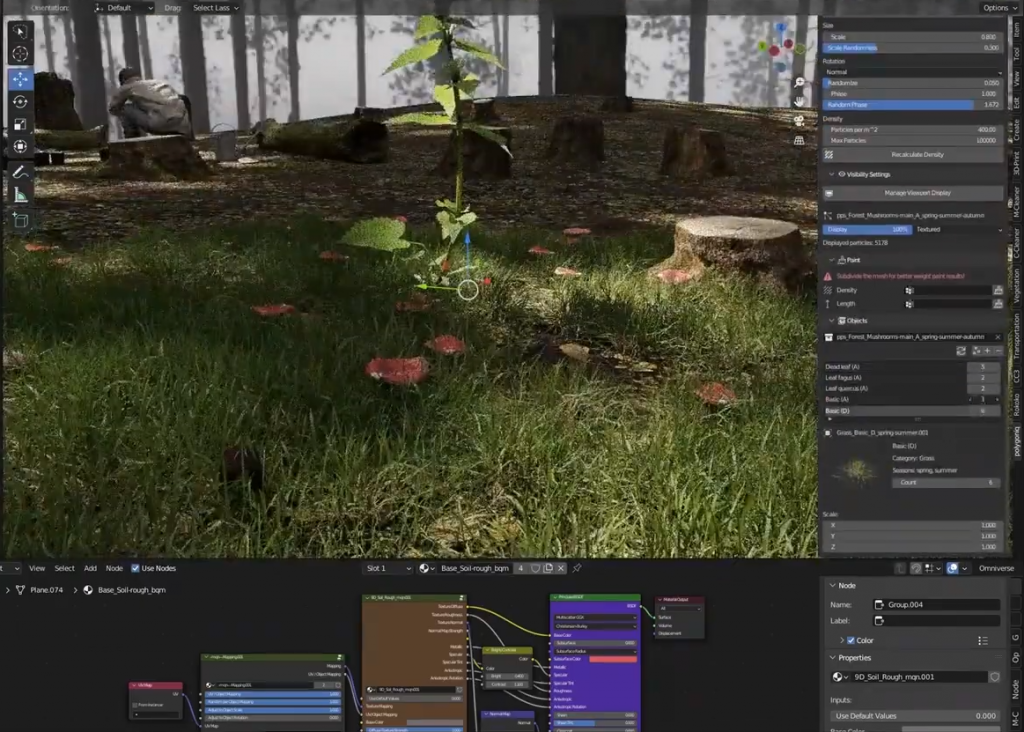 I used the Character Creator importer addon to get better skin and hair materials. It is easy to get high-quality shader nodes very quickly. Then, I adjusted some parameters a little bit.

A sci-Fi scanning effect was made with the ambient occlusion node to get the intersection of each object. 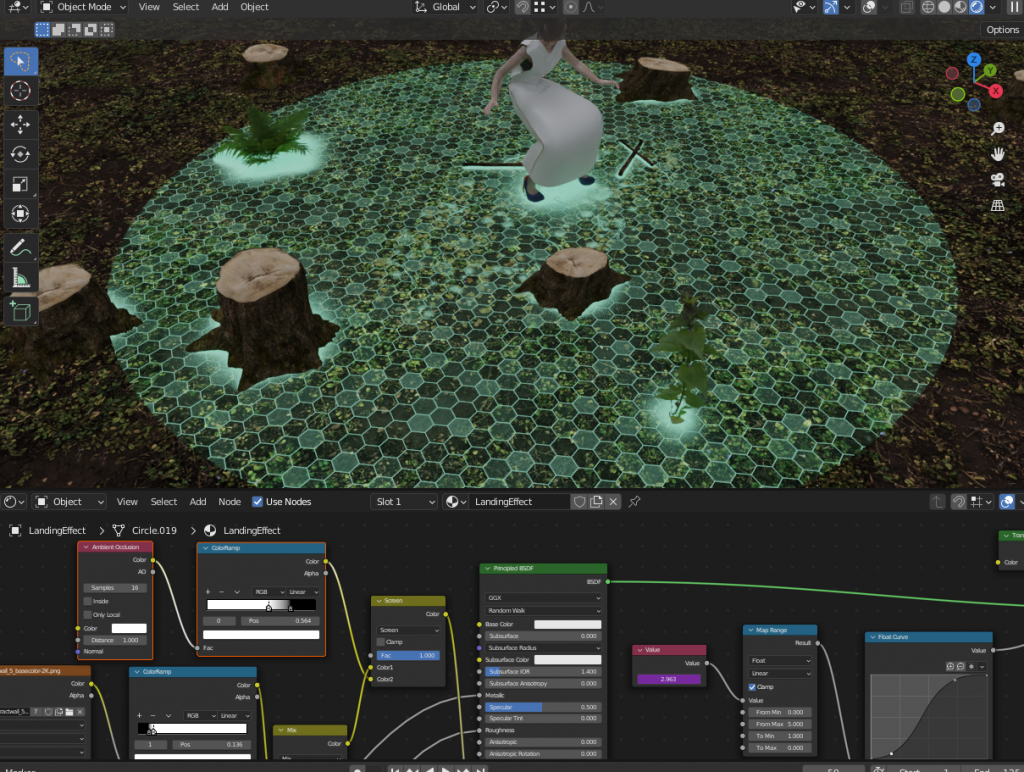 I had to retarget from CC3 (Character Creator 3) rig to Mixamo rig because I wanted to use Mixamo animation. Rokoko addon was quite useful for retargeting each bone. Retargeting CC3 to Mixamo cannot be rebuilt automatically, so you have to enter the name of the relevant bones or just import Custom Naming Schemes (.json) that I created. If you want to import my JSON file, please let me know. 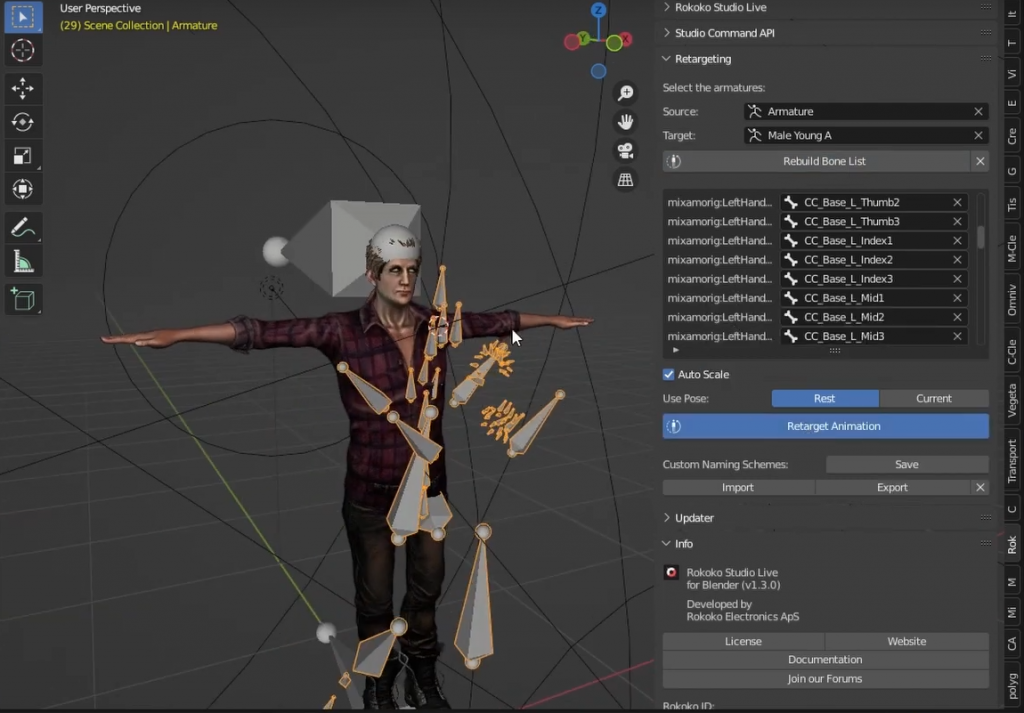 The fake blowing effects for the hair and clothes were made with geometry nodes, inspired by Martin Klekner's tutorial.

The teleportation effects were also by geometry nodes. 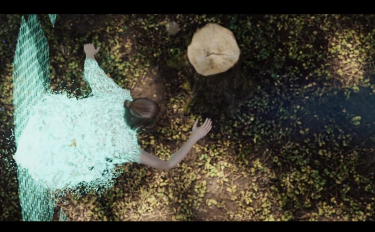 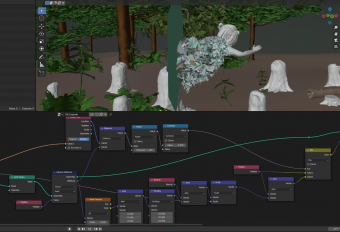 The pop-up portrait effects were inspired by Entagma. 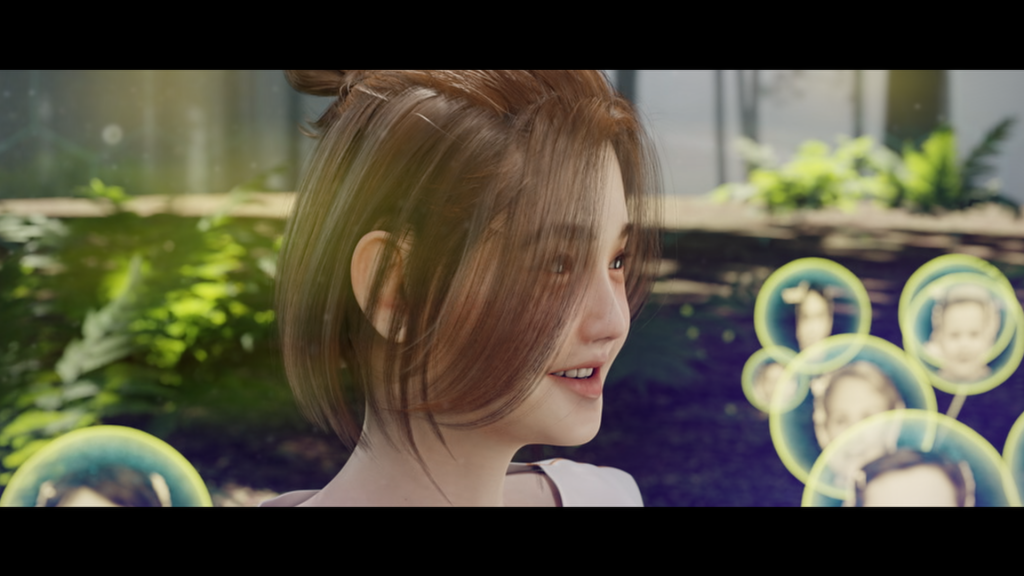 All portraits were generated by AI (Generated photos), and I created a material that randomly picks up from portraits, according to Johnny Matthews' tutorial (Creating Multiple Textures from One Shader and Single Image File). 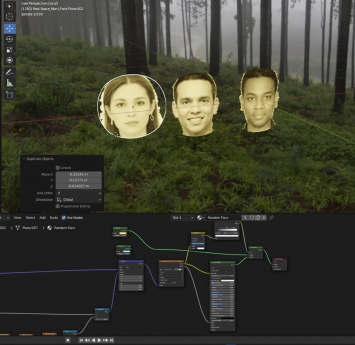 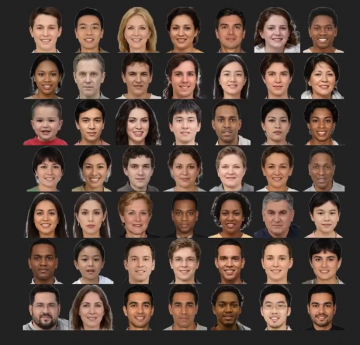 I added some particles, lens flare, and color grading with DaVinci Resolve. 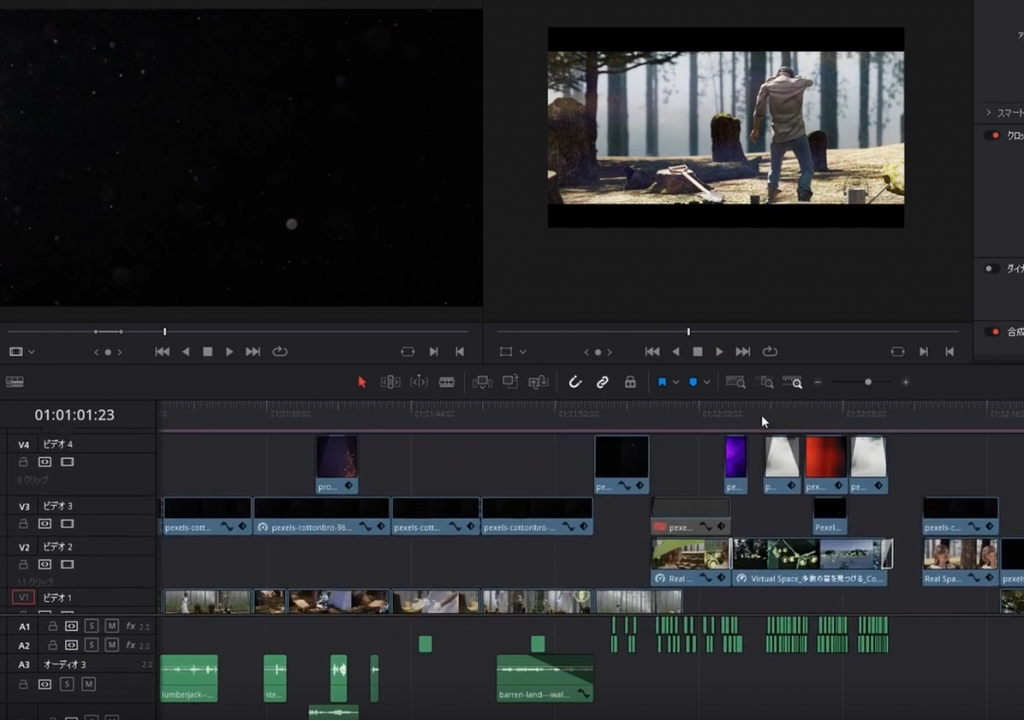 Making of the short film "UNI-VERSE".

That's all! Thank you for reading and have great day! 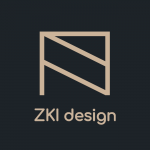 Taku Tsukishiro,  is an architectural designer & visualizer, Geometry engineer and a 3D CG artist from Japan. 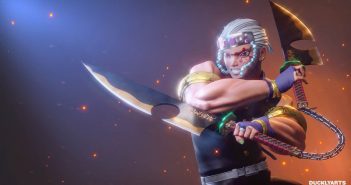 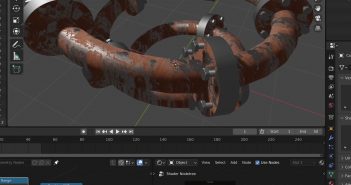 Next Article Tutorial: How to build a pipe system with geometry nodes