While the Blender 3.0 release is still making waves, Blender 3.1's development is in full swing, having just entered Beta almost a month out of its final release. Blender 3.1 entering beta means that no new major features will be added to it as of this point, in favor of stabilization and fine-tuning for the final release on the 9th of March. New features will now be added to the newly minted Blender 3.2 alpha, also available for download.

A new release entering Beta is always celebrated by the reveal of a new Splashscreen, with this latest one being a gorgeous artwork by Lorenzo Aiello. The splash screen will be available for download when Blender 3.1 is released. 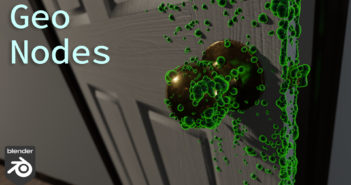