Can you recognize this doggy? I've created him for experimenting with some new animation and rigging addons. The addons are:

A set of tools for creating customized rigs. current operators are:

Currently only the first module is available which is:

Here is a tutorial which explains how to use it with two examples. Using it for overlapping movement and another one for modifiying the root motion while keeping the animations.

I've also included a road map for this module and other modules in the gitlab page.

Further development can be supported on Patreon.

3D Animator. I Started working as an animator at Pitchipoy productions around 2005. Currently I'm working in Berlin for RiseFX Studios, as well as developing addons for Blender such as Animation Layers addon. 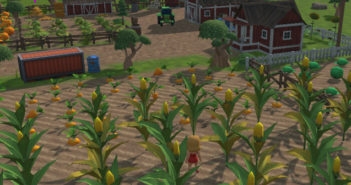 Next Article Blender Jobs for January 5, 2022