Hello, my name is Willy Wijaya. I’m a self-taught 3D artist based in Indonesia, who most of the time watches tutorials from YouTube, but recently I’ve participated in some paid courses from CGMA with Michael Pavlovich and Christian Bull. Currently, I’m enrolled in a 3D Character Workshop with Hooman Raad.

My first experience with Blender was in my local vocational high school where it was mainly used to create 3D models, animation, and renders. Since then, it’s been really hard for me to switch to other programs because I’m already familiar with Blender and I’m too lazy to re-learn Maya, 3ds Max, or any other 3D programs from scratch.

My main creation when it comes to 3D is characters, because I’m looking to become a professional 3D character artist in the future. :)

Inspiration behind this character

So, I had just finished my previous 3D character and I was looking for another concept to recreate in 3D. I usually search for concepts on ArtStation, but there was nothing that really fit what I was looking for because for some reason I really wanted to create a stylized child character that has a simple yet iconic look. And then, one day as I was scrolling through my Instagram Explore, this concept art came to me…

And that perfectly matched what I was looking for. It’s a child character, stylized, simple, but at the same time iconic. What I meant iconic is I could suddenly picture a whole story with just this concept art. From the silhouette & posture, the outfit, the cute expression she’s making, a lot of ideas and stories pop up into my head and it stays really memorable in my mind.

So, I found the concept artist of this character, Chris Ables, who I later discovered is a professional character designer and vis-dev artist with over 10 years in the industry. His experience kind of made me nervous to try to recreate a 3D piece from him, but nevertheless I DM’d him to ask for permission to recreate the concept in 3D. The next day, I got an OK from him and excitedly proceeded to create the blockout in ZBrush.

I usually gather a lot of references before I start sculpting, but I was so excited to sculpt it right away that all I could gather were these. 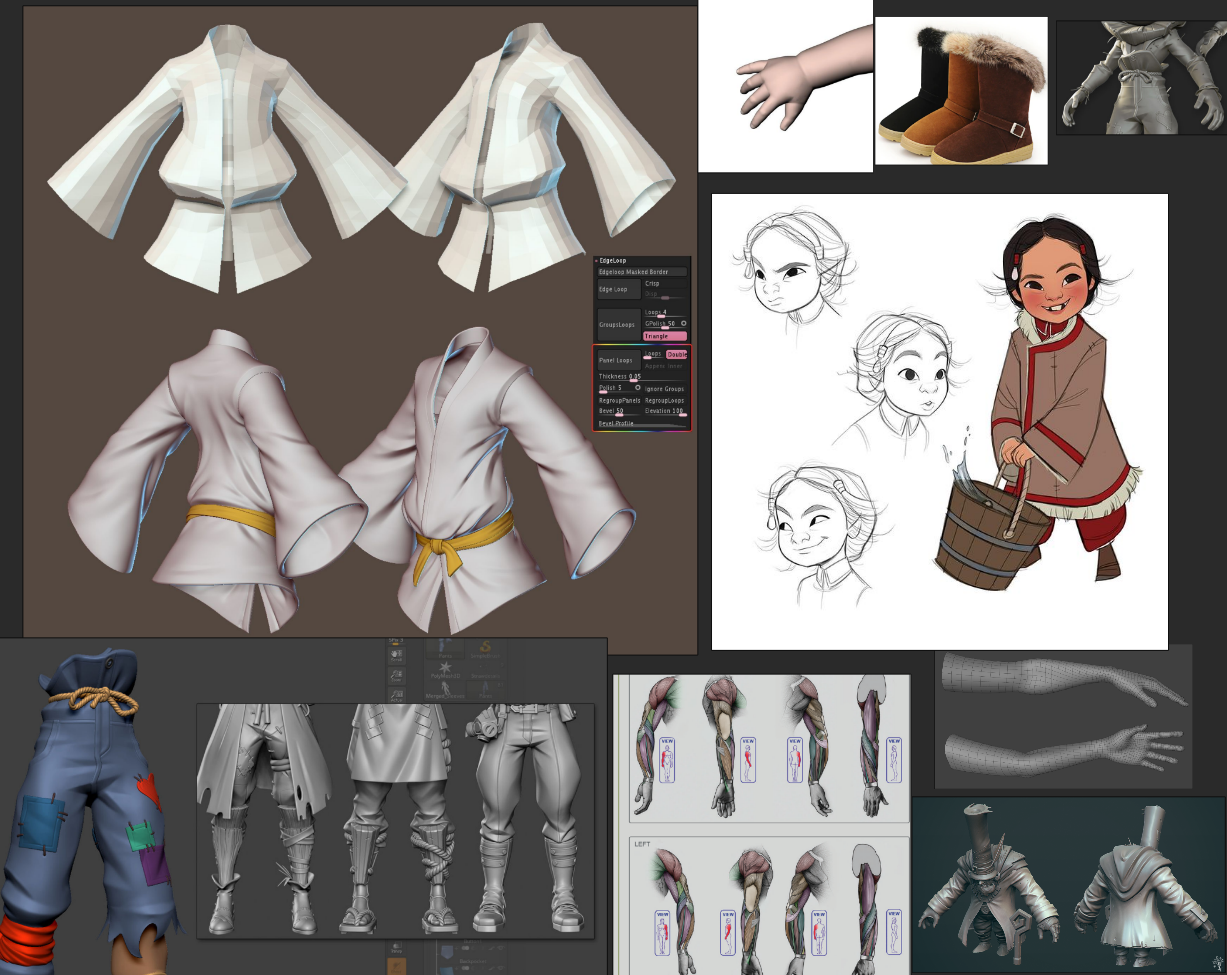 And I have to admit that I should have gathered more references, especially face references. I eventually got punished for not doing proper preparations and ended up taking a longer time trying to sculpt it by imagination.

The blockout was done in ZBrush by shaping up spheres into a child’s silhouette and then repolishing with DynaMesh to match the concept. During the time I was polishing the sculpt, the thing that I found most difficult was the area at the corner of the lips. 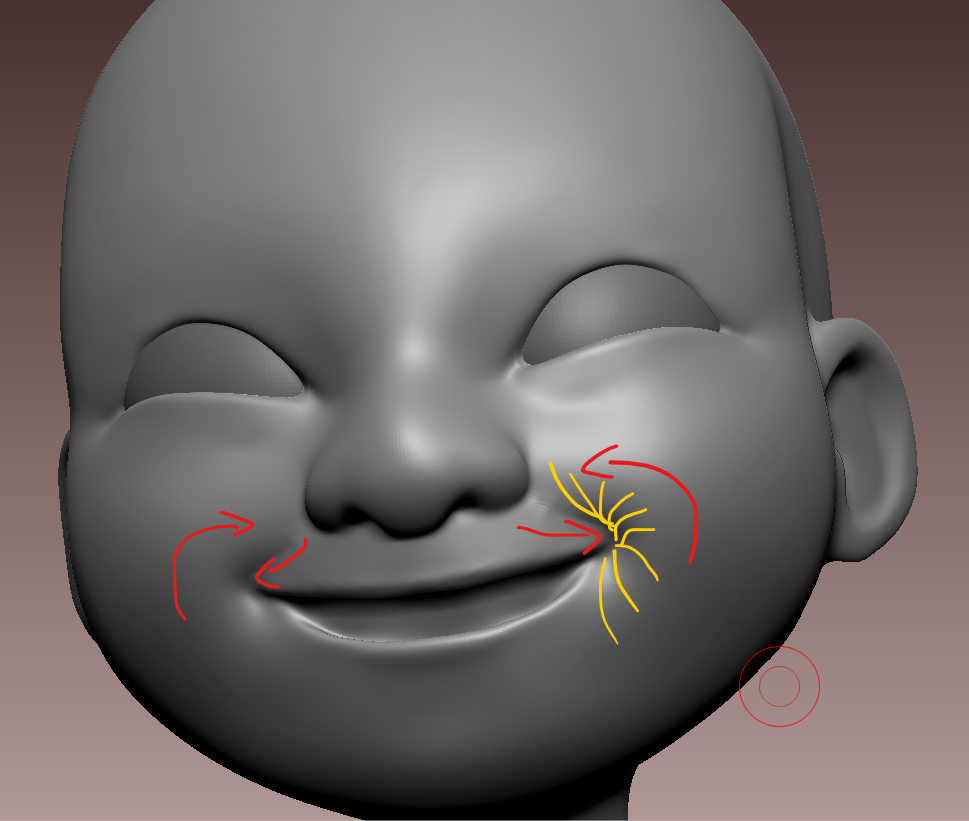 I was not sure whether to emphasize it or to smooth it, because when I tried to emphasize it, it looked really creepy. Like the smile that you would see on Joker’s face. 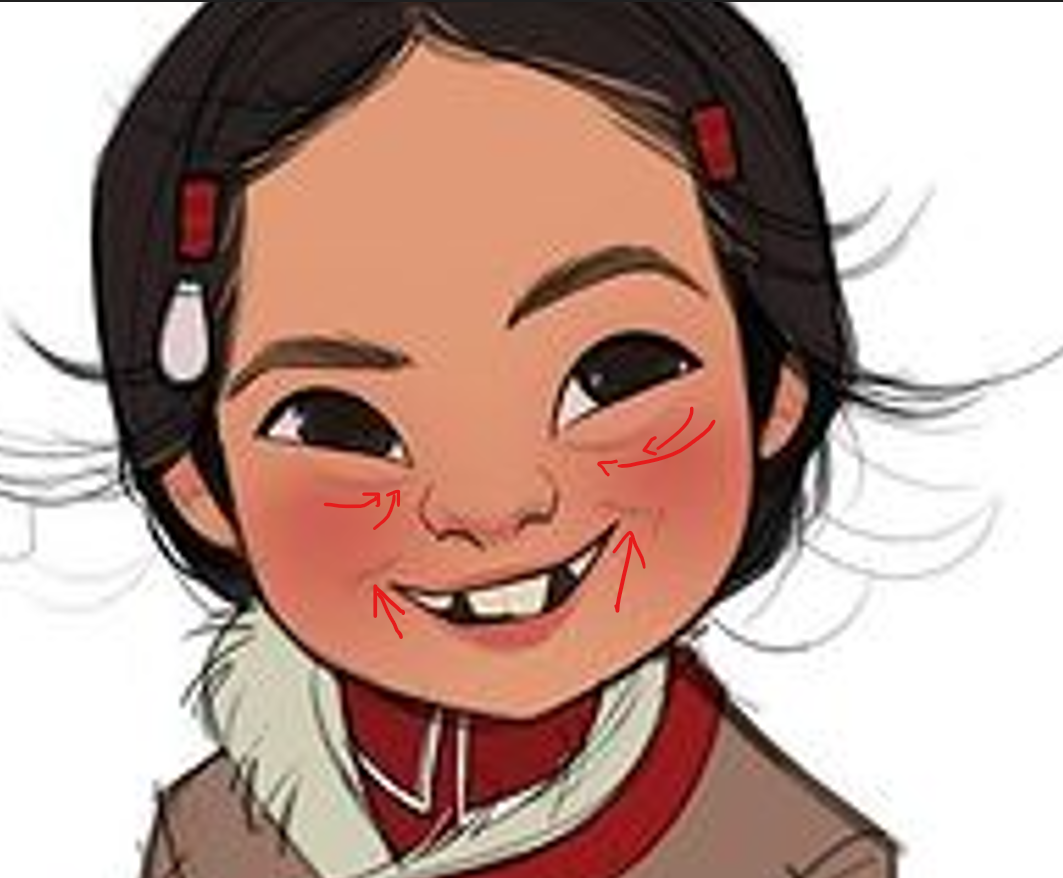 If you look closely at the concept, you notice that the character has quite emphasized nasolabial folds. Also, deep tear troughs for some reason. So, when I tried replicating those features in ZBrush, this cute little kid came out looking like a reincarnated clown from the movie IT. 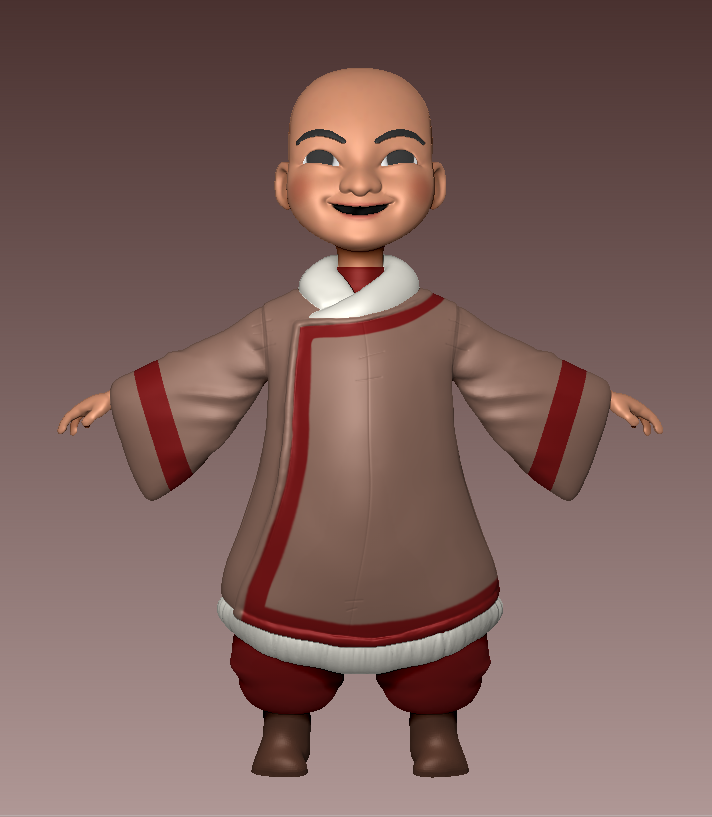 So, after days of fixing the problem and trying to fix it by just looking at the concept, the solution I came up with was just to smooth it all. Come to think of it, it might be better to just look up a reference online and study how nasolabial folds behave on children. A little reminder for all of you to prepare properly when gathering references. :) 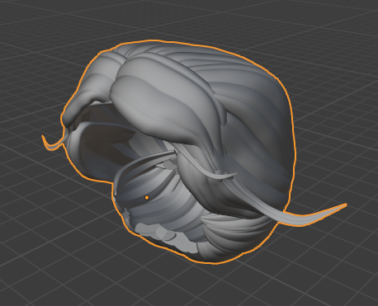 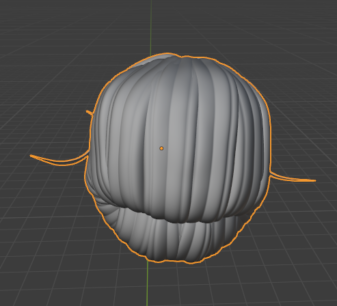 After blockout, I then created the hair block with the curve tool from Blender by following this tutorial from Pancake_Manicure. 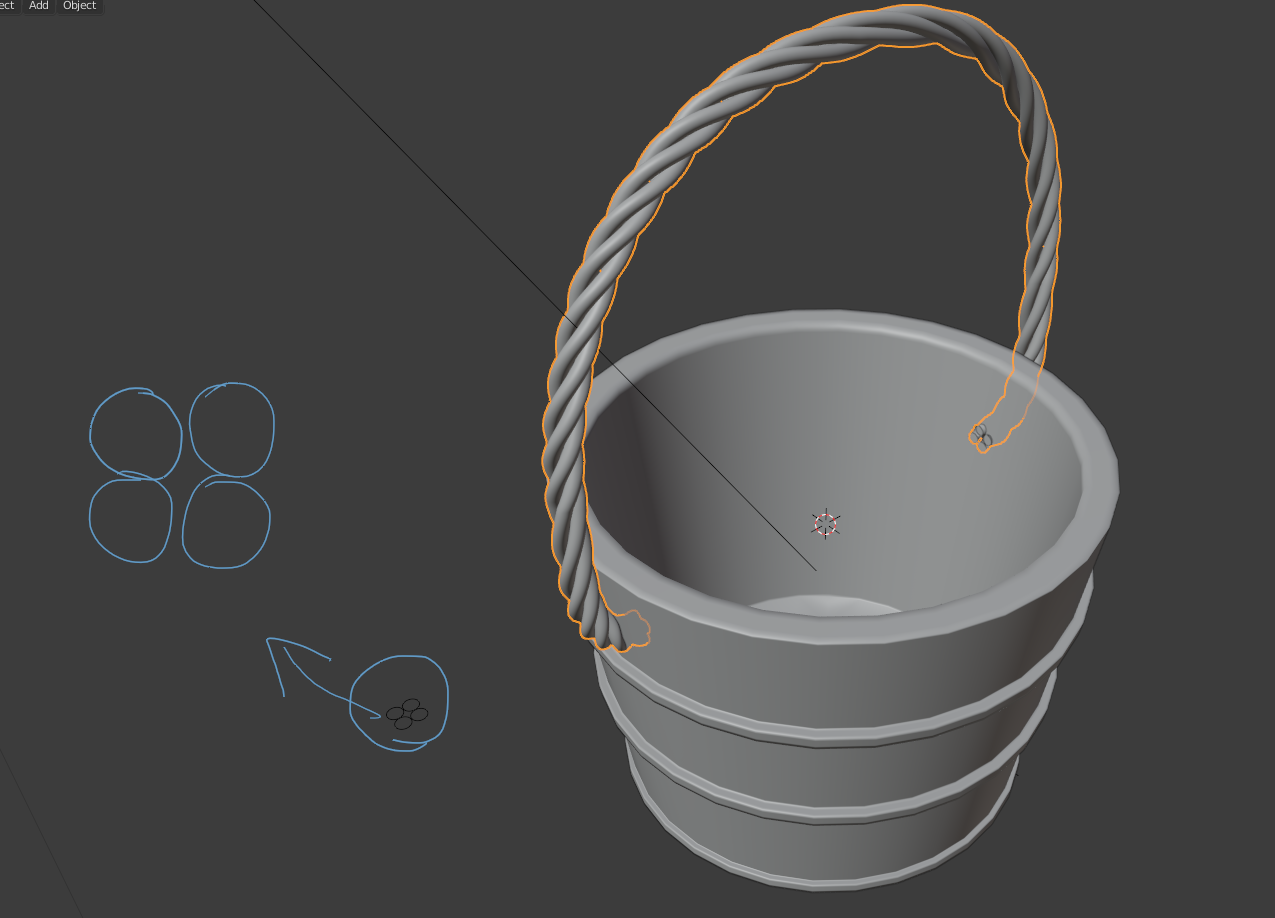 As for the bucket, I just used a tube, extruded it to give it depth, with 4 loop cuts in the middle to extrude the metal parts. For the ropes, I used a NURBS path with 4 bezier circles as the bevel (which you can find under Curve > Geometry > Bevel), and then twisted it with Ctrl + T before shaping the NURBS path as a handle. 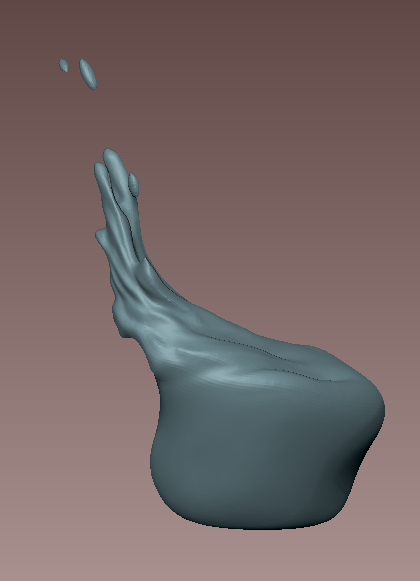 The water was sculpted in ZBrush with a cube as the base mesh. I used a snake hook brush to pull out the “water”. And used the DamStandard brush and Clay Build Up brush to give it detail. 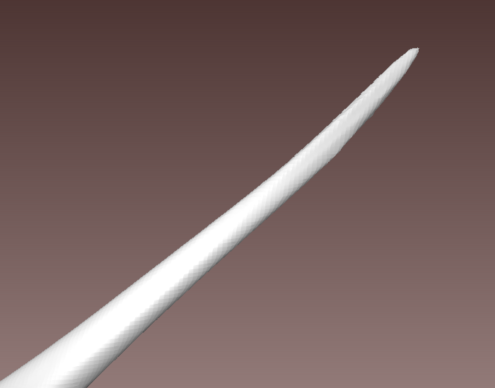 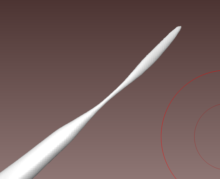 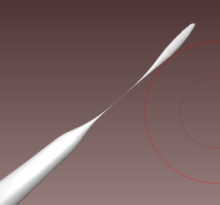 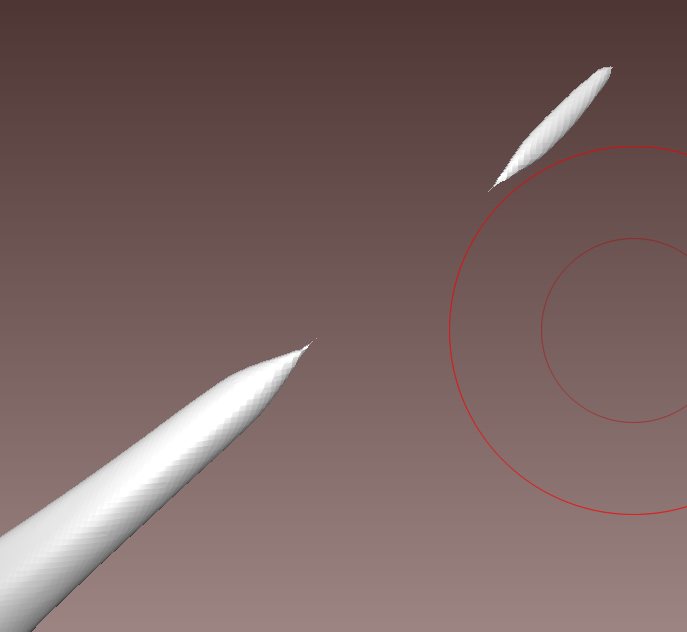 As for the water droplet, I just smoothed the pulled-out “water” with a smooth brush in the middle area. I made sure to use DynaMesh again in the end to clean the mesh. 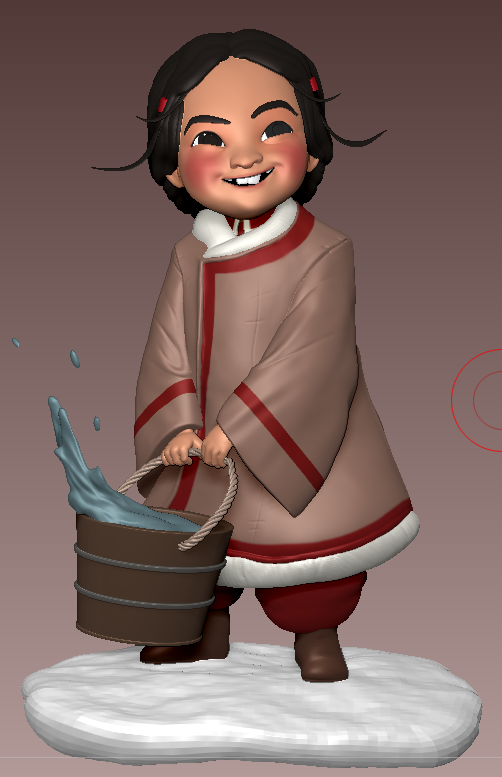 After everything was done, I didn’t retopologize the character, instead I posed it with the ZBrush transform tool and remeshed it with ZRemesher. The color was done using PolyPaint.

The material set-up was pretty simple. For example, this is my material set-up for the character skin. The base color was extracted from ZBrush polypaint as a vertex color in Blender. And then, I just gave it a subsurface color with a reddish tone.

The hair material set-up is way more complex, though. Don’t ask me how, I just followed the tutorials from Pancake_manicure. I have to admit that materials are my weak point in 3D. 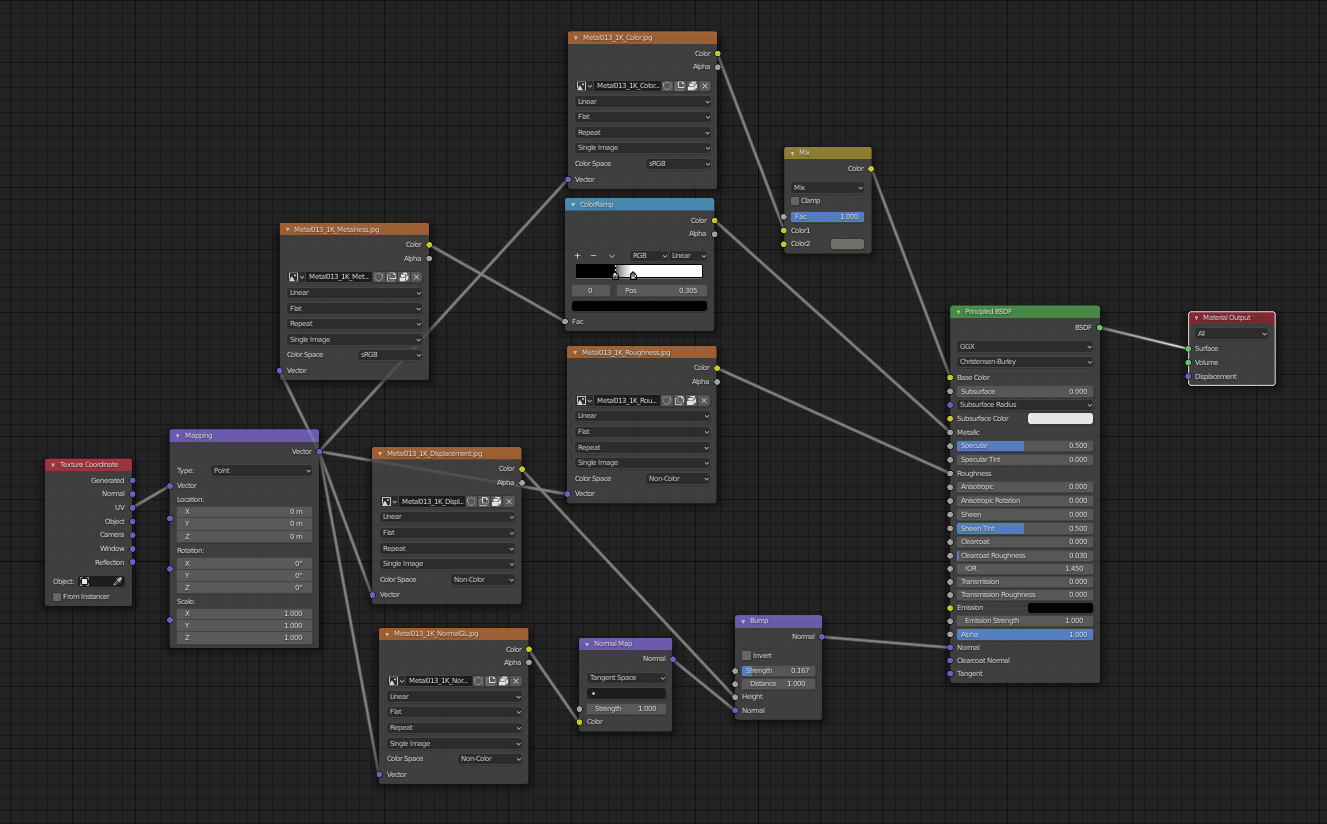 And this is the material set-up for the bucket. I use texture sets from CC0 texture. I think they have changed their website domain—it used to be cc0-texture.com or something but now it has changed to ambientcg.com. If you’re looking for high-quality textures with CC0 licenses, you should definitely check it out. 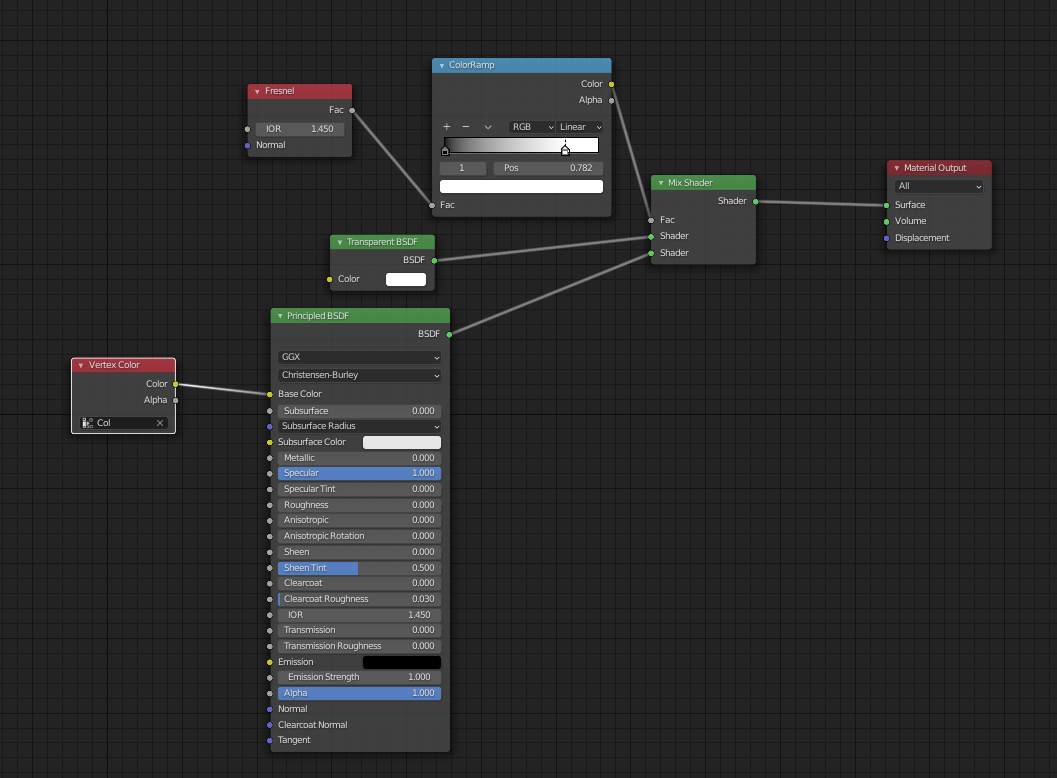 The water material set-up is also surprisingly simple! This is the set-up I came up with by just combining a base color from polypaint in ZBrush (extracted as vertex color) mixed with a transparent node and fresnel as the factor. I adjusted the fresnel node with a color ramp node to achieve the brightness I was looking for.

And this is the material set-up for the ground. It’s a procedural texture using what little knowledge I have from learning material nodes. 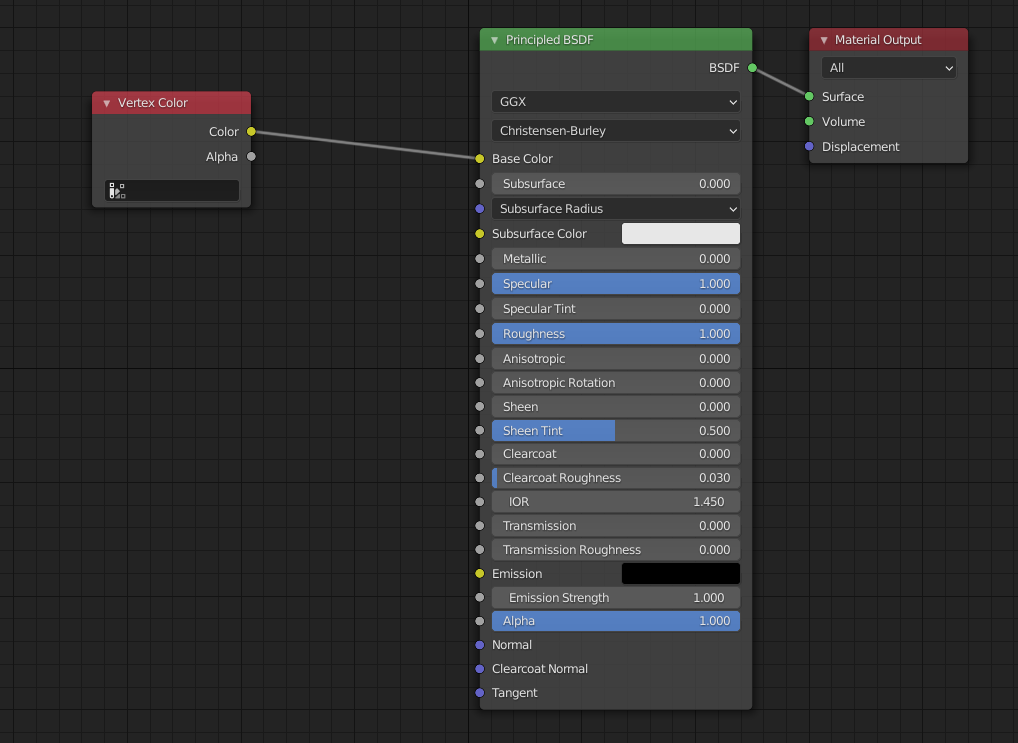 The rest is just a straight plug from the vertex color node to the color node from Principled BSDF. 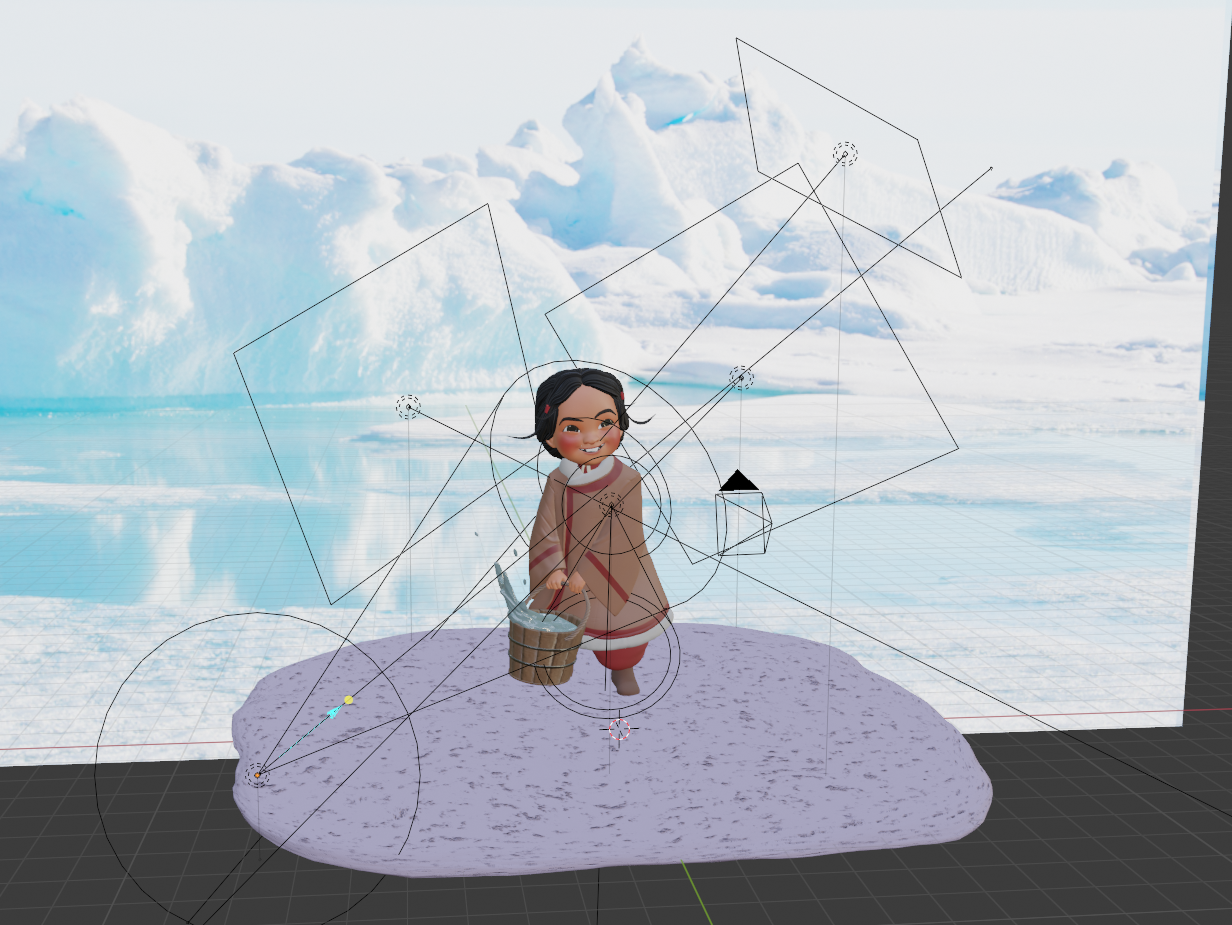 After all material set-up was done, I gave the character standard 3-point lighting with an additional spot light at the front and an area light as the rim light to give brightness where I wanted it to be. The background is just a simple JPEG of a glacier.

To give the scene a little more detail, I decided to add fur to the clothing to enhance the arctic feels. Since I don’t have a really high spec PC, and I just run Blender on a ROG laptop (GTX 1050 & core i5 gen 9 Intel), I held back a lot to not crash my Blender during the fur testing. I did several tests and there were two main results that I really liked. 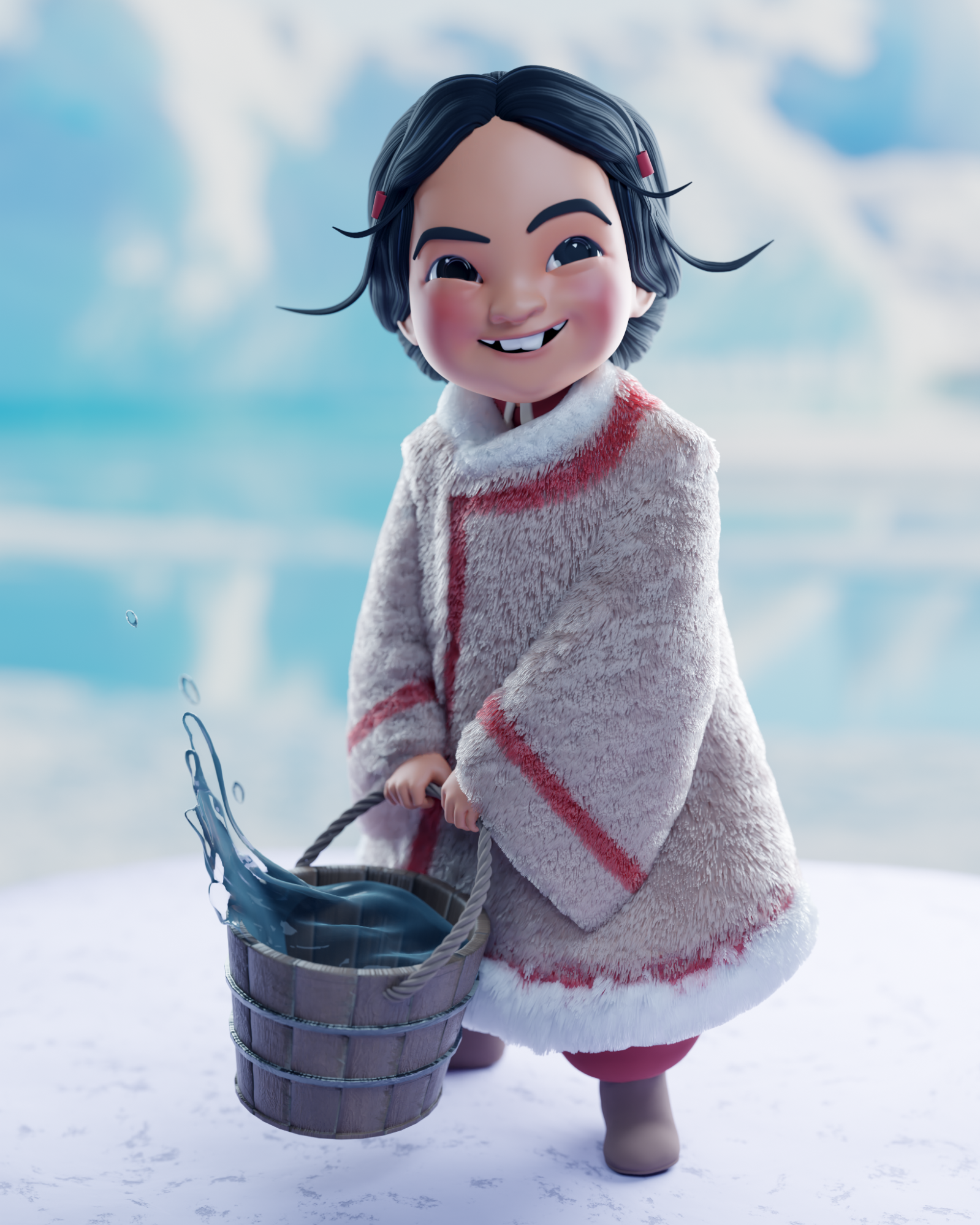 This is the first result. This one has fewer hair strands to cut render times, but I managed to patch the “hair holes” by making the hair strands longer and combing them downwards. But when I compared it to the concept, the fur looked quite strange to me. 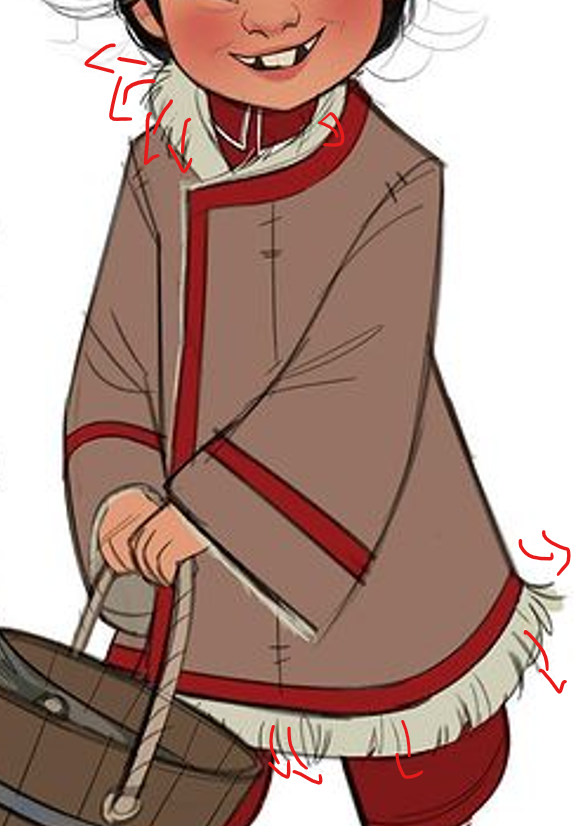 If you look at the concept, the white part has more clumped strands popping out and the brown part is rather smooth. So, I made changes to the fur by shortening the fur on the brown part. But this change made the “hair hole” more visible and viewers would notice that the hair is not distributed evenly. 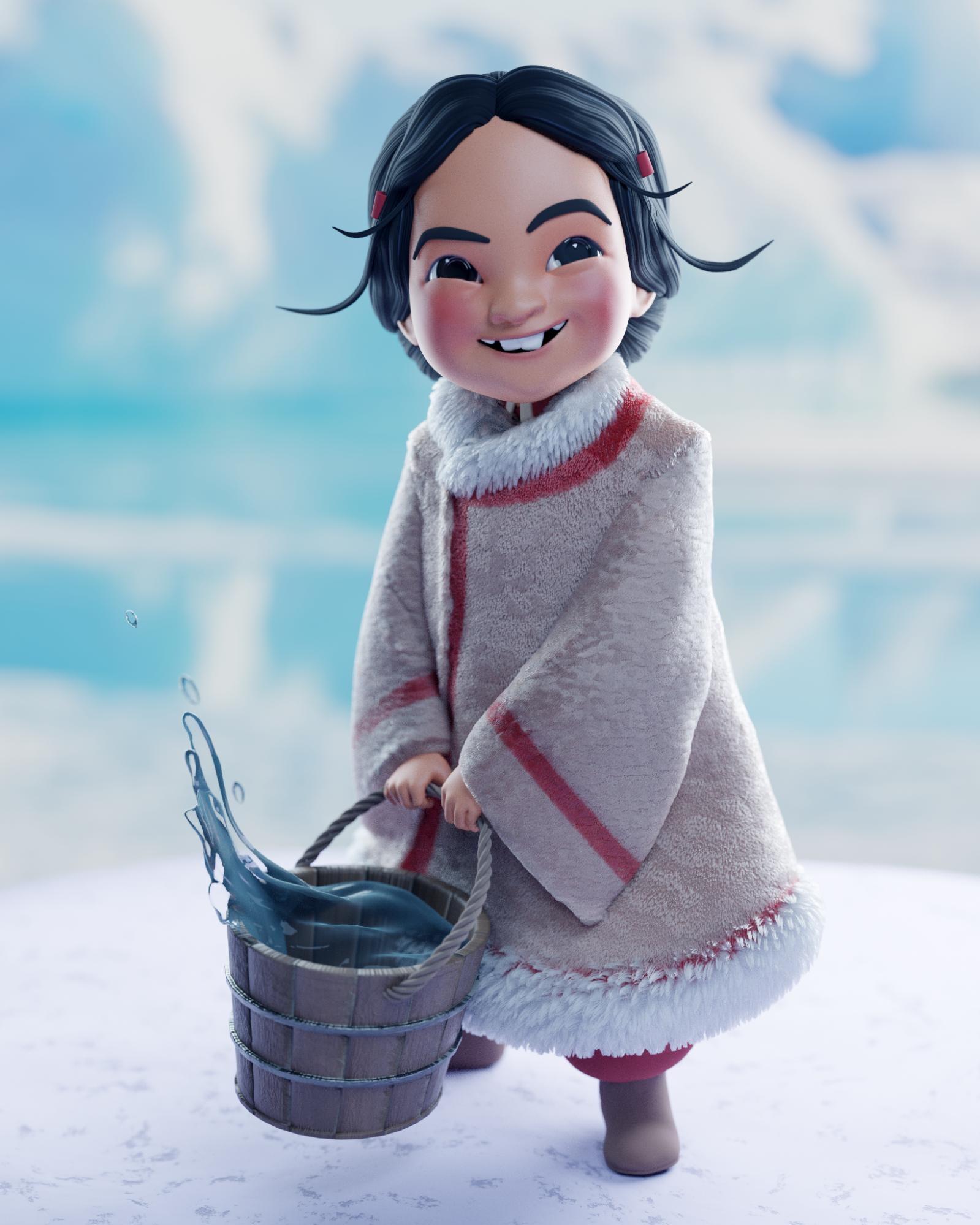 And this is the result that I got. Since my laptop could not render this much hair (around 300h to 400h render time), a render farm was my only option. That way, it only took about 5 hours to render. :) 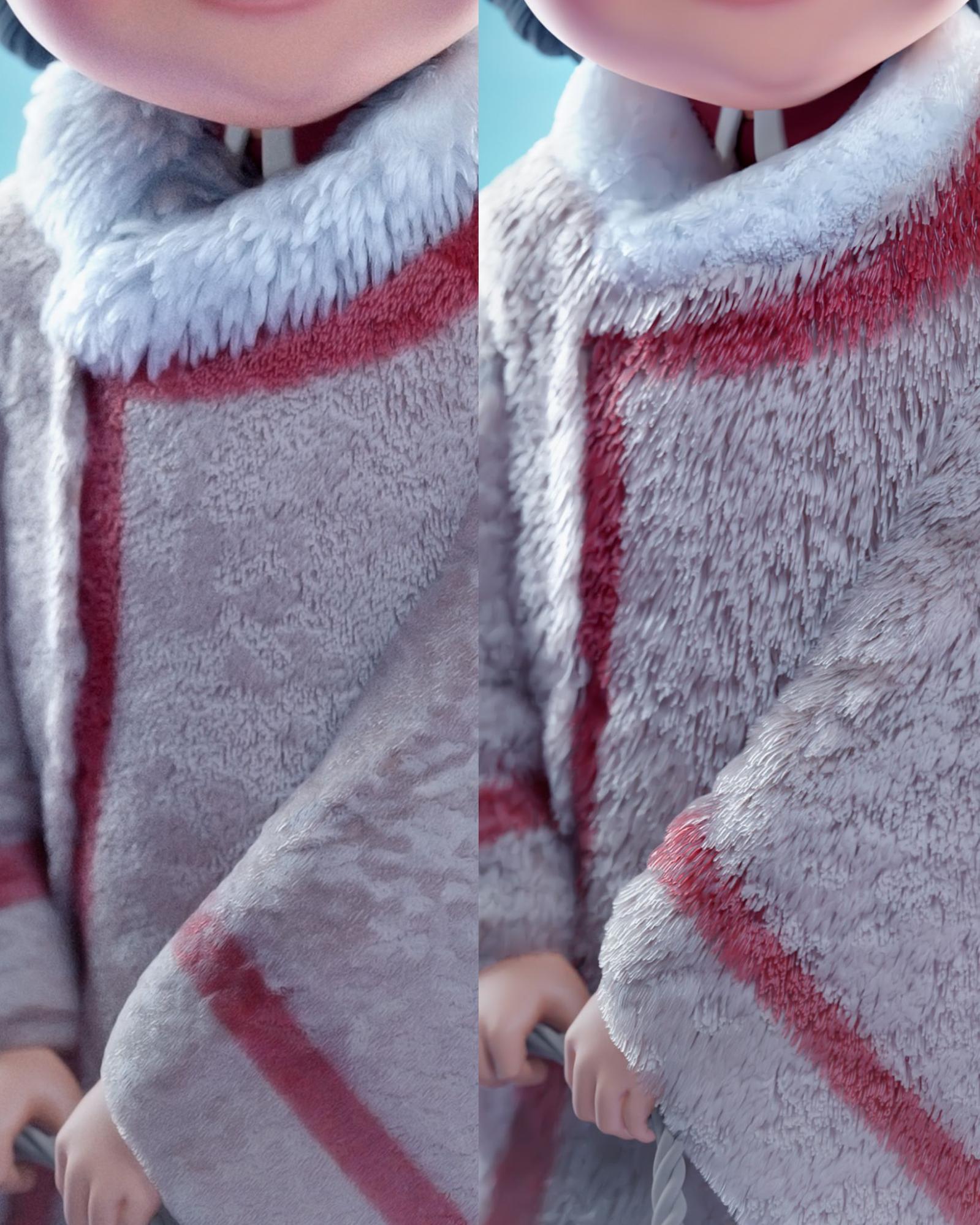 Side by side comparison. Left one is the final result I’m going with. Right one is the earlier result. I tried polling it on my Instagram, but for some reason, there were more votes on the right one. What do you think? Which one looks better?

Composition was done in Photoshop. Mainly it just involved adding brightness with levels, and adding ice fog with stock images. Also for some reason, rendering on the render farm apparently didn’t result in a denoised render even though I had turned on the denoise option in the .blend file. So, I had to reduce the noise in Photoshop with the Filter > Noise > Reduce Noise option. 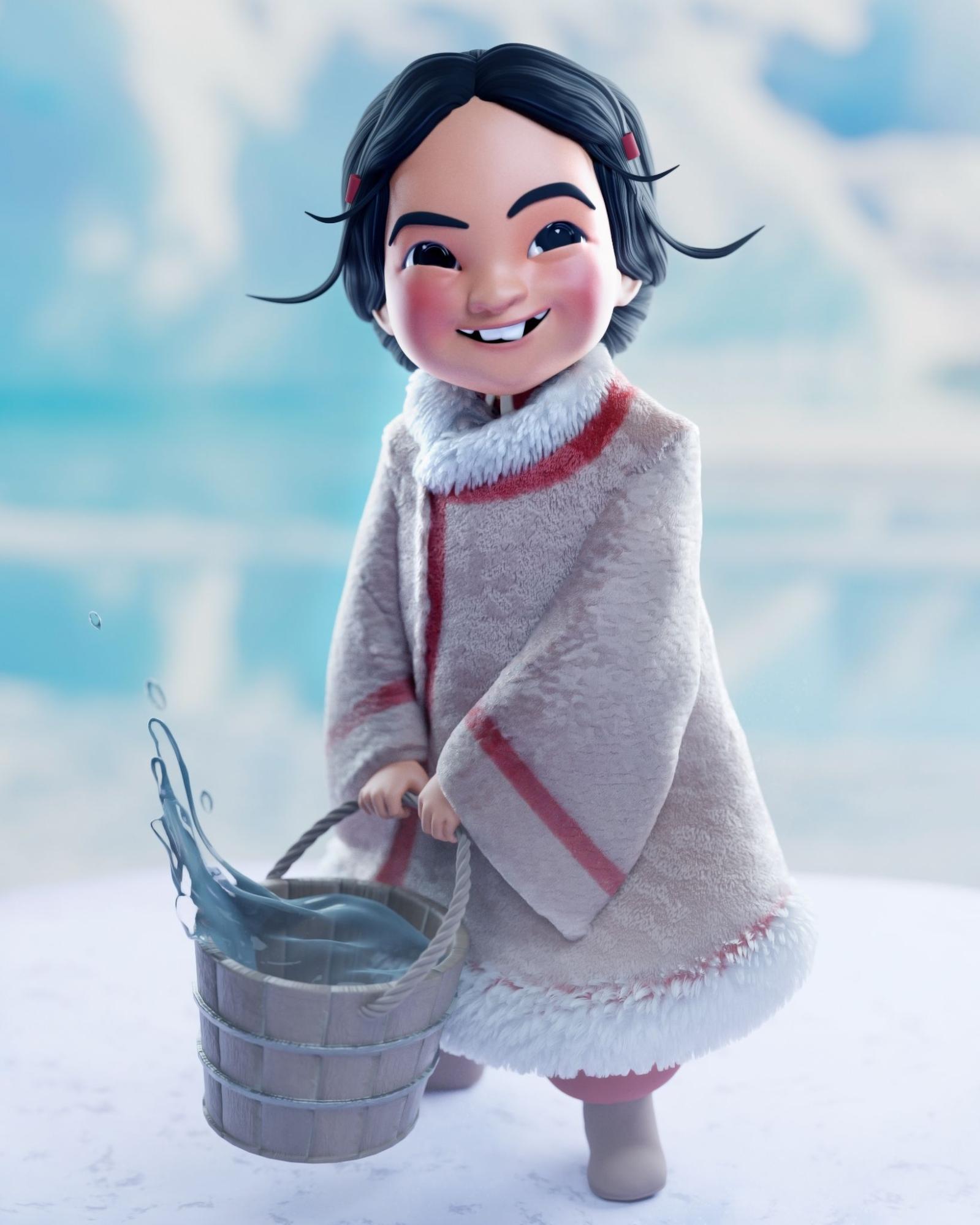 And ta-da! It’s done. Thank you for viewing my Behind the Scenes. Hope you found something useful in this article :) And also thank you BlenderNation for the chance to share my process of work. 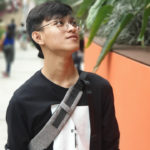 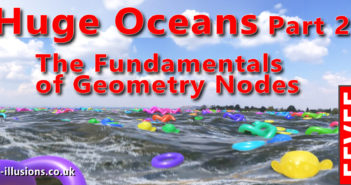 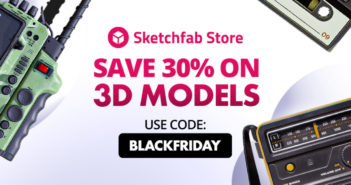 Next Article Sketchfab Store: Save 30% on All Models [$]