My name is Paul Hoi.  I also go by desertfutures.  I’m a visual artist based between the Greater Seattle Area and the Bay Area in California.

I’m a self-taught 3D artist.  I come from a fine arts and photography background before discovering Blender about three years ago.  As a photographer, I was interested in spaces—both manmade environments and natural landscapes, and I became interested in 3D to further that pursuit.

As a way to track my personal progression, I create one render a week.  I’ve been doing it for a little over two and a half years—it’s been an incredible journey so far.

I wanted to improve my eye and workflow for creating cities from various perspectives.  For this piece in particular, I was first inspired by photographs of industrial landscapes in the former Soviet states.  I then came across a photograph by Dolf Kruger of the construction of the Atomium, which helped me set the emotional tone for the piece.  The photo was taken in the late 1950s, ahead of the Brussels World’s Fair.  It’s a beautifully composed image that visually bridges a difficult past with a burgeoning vision of a grandiose but undefined world.

The buildings and highways were mostly from Kitbash3D—a combination of their MiniCity Kit and Highway Kit.  The two figures were from yaschancool on Blender Market and stepanovsculpts via CGTrader and rigged via Mixamo.

My biggest challenge for this render was to balance the monolithic complexity of the highway, while giving enough negative space to gently guide the eye toward the distant city.  I spent the most time playing with the curves of the highway before landing on my composition.  Once I settled on a camera angle and a broad arrangement of the models, I began an iterative process of removing elements that I didn’t feel added to the composition.  That included geometry, lights, and even some of the textures, as well.

The process of arranging and simplifying the highways into a legible composition almost felt like a calligraphic exercise, hence the title ‘Cursive.’ 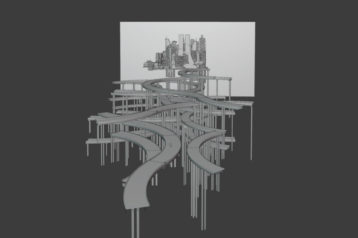 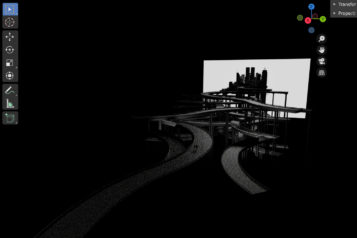 The lighting setup was simple: two larger area lights to help highlight the foreground, and a single emissive mesh in the back to push the silhouette of the city.  I experimented with localized light treatments, but ultimately thought they were distracting. 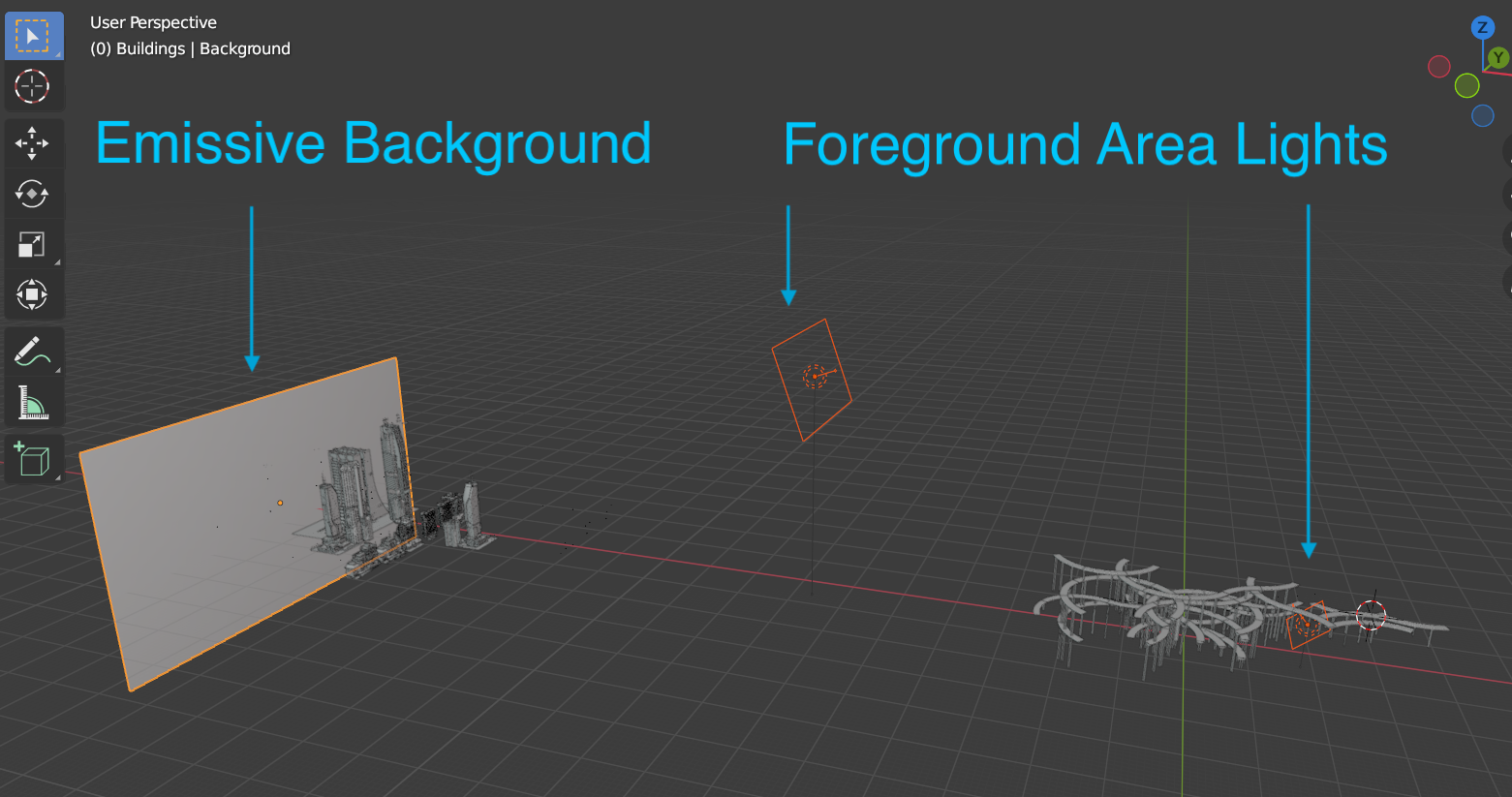 In Photoshop, I used an ID Pass to help me add volumetric details between the layers to further intensify the scale and depth of the city and highway.  I also photobashed birds in the distance and did some small pixel edits before finalizing with some global and local tonal adjustments. 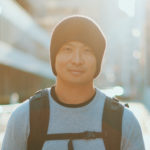 Paul Hoi, Visual Artist interested in visual development and environmental design. Based between the Greater Seattle Area in Washington and Bay Area, California. 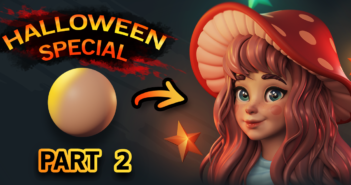 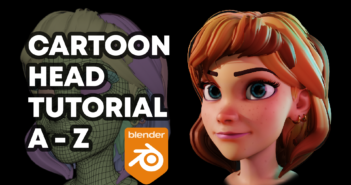 Next Article Tutorial: Cartoon head in Blender (A to Z)