What will everyone at https://t.co/CiYDUHdQrP be working on in the coming years? Read the Blender 3.x roadmap proposal by Ton Roosendaal. Exciting times ahead! #b3d https://t.co/mODSCCLEK7

The Blog post starts with a bit of Blender history to reframe and put into perspective the importance of this release: Blender 2.0 was announced at Siggraph in August 2000, meaning that the tenure of the venerable 2.x series will come to a close after more than 20 years! Moving forward, the release numbering system has been updated, with one major release expected every 2 years, peppered with 8 ".x" releases during this cycle, two of which are LTS versions. Here is a link explaining blender's new versioning system.

The global vision outlined in the article is to cement the direction and momentum established with the 2.8 via meticulous documentation and clear design paradigms, and make what works work even better. The rest of the post reads like a wish-list bound to make all CG and VFX artists excited for the future of Open Source content creation spearheaded by Blender, with a re-affirmation of its mission statement:

We make the world’s best 3D technology available as open source tools for artists, or for short, the Freedom to Create.

What the future holds

While I heavily recommend checking out the post and engaging in the discussion about the future of Blender, I'll highlight here some of the elements that stood out to me:

Check out the post on the link below for more details and an exhaustive list of all the exciting developments for Blender's 3.x series: 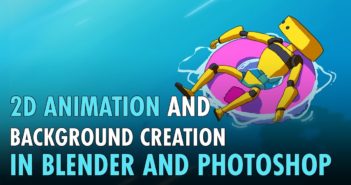 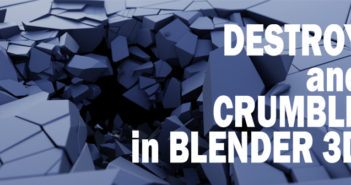 Next Article Destroy and Shatter in Blender3D