Since 1987 I'm a hugh fan of the Metal Gear game series. From Metal Gear 1 on MSX to Metal Gear Solid 5 The Phantom Pain, I've played almost all of them from start to finish. So I thought it would be a great idea to create a piece of fan art, speed modeling the Metal Gear TX-55 from the original series.

It was really a nice thing to work on. There are not many original images or concept art from the original model. A pixelated screenshot, an image from the cover and manual, these were the reference images to get started with. During modeling, these simple imagery transformed into a 3D scene.

I remember in 1987 as a kid, imagining how this game could look like in real. Now, using Blender, I could make that dream possible.

I've been busy in the audiovisual industry since 2000. During the first years I worked for Dutch public broadcasting. My job concentrated on administration of TV broadcasting processes and Video On Demand streaming. Being infected by audiovisual production, I decided to do the study Digital Film Making in 2008/2009. After graduation in July 2009, I started my own company creating corporate movies, music video's and stock footage. I got a great interest in 3D animation and composition. Much of my work is based on computer generated graphics. I use Blender as my primary software. 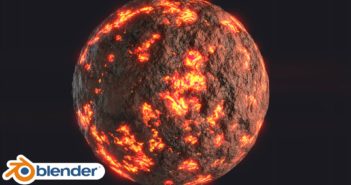 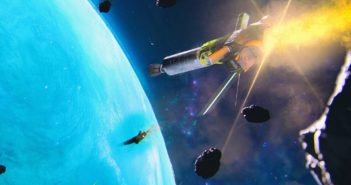