UPSTATE ART WEEKEND
VAN DER KRITZ: "The sky behind the eyelids" Short Film made in Blender

Upstate New York is preparing for an art-filled weekend of exhibitions and events with the participation of more than 61 local museums, galleries, artist studios, and other art institutions. The event will mark the second edition of the Upstate Art Weekend, a three-day celebration of art that will begin this Friday, August 27.

VAN DER KRITZ is an art collective formed by artists Alejandra Van der Land and Matías Kritz, based in Buenos Aires, Argentina. In their most recent works, they explore the idea of symbiosis, the need to reconnect with the cosmos and our ancestral memory as a decolonial form, to deal with issues such as the planetary crisis, capitalism and the new configurations of power.

During the upstate art weekend in Germantown, New York, at The ROOTS exhibition, VAN DER KRITZ will premiere "The sky behind the eyelids",
a short film made entirely in BLENDER 3D, together with a group of artists from different parts of the world.

The ROOTS exhibition will be presented by the curatorial collective
Big Paradise in participation with Upstate Art Weekend from August 27 to 29, 2021. Roots will take place at Granja Paraiso, located at 359 Dalesbridge Rd, Germantown, New York.

VAN DER KRITZ "The sky behind the eyelids" Short Film (2021)

With “the sky behind our eyelids”, we have been thinking about the problem of visibility, of the classification of the world based on what is seen, and of the possibilities of transformation that the pandemic crisis offers us, as a systemic event where the virus is colonial capitalism.
The video is inspired by “malungaje” as a political potentiality, in how a diversity of people could recognize each other and generate a spirit of solidarity, in a context of radical darkness and suffering. And in two poems from the book "The seeds of the Muntú", by Ashanti Dinah Orozco, "Body of Astronomy" and "The language of invocation".
In African culture, each individual is called "muntu", which is only the singular of "bantu", a word that names the union of all entities, living or dead, human or animal, even minerals, that share an energy, that unites man with his ascendants and the land he occupies. Malungaje is the force of desire turned into a common force.

UBUNTU: I AM BECAUSE WE ARE

We think of a movie in which looking up is looking down, closing our eyes and feeling that the atoms in our bodies are a miniature constellation. In a dark dream, where the dawn is the white monster that scares the night, and where reality is imagined by the ancestors. We create a funerary ritual, a deep river that drags into the sea, the ruins of colonial capitalism. The remnants of a necro-political regime, which began with the arrival of Europeans in their colonial and slave ships, on the shores of what they would call America. We imagine dark and vegetal creatures, as the only survivors of planet earth. Bodies connected to a dark web of cosmic activity, which allowed them to process vital information, within the brutal, postmodern world. 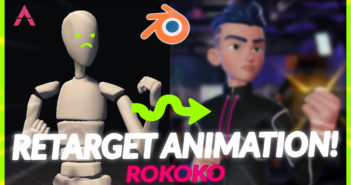 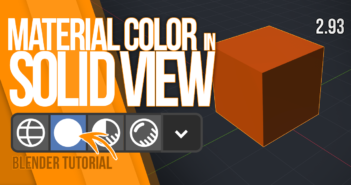 Next Article How to change material color in SOLID MODE?