My Name is Joshua and I'm from Nigeria. I'm a freelance 3d generalist and have a passion for creating beautiful art and animations using Blender.

Even though I graduated as a petroleum engineer and went on to get an MSc in Oil and gas engineering I have always had a flair for art. As a kid I was known for drawing comics, flip cartoons, and at some point started painting. I wouldn't say I learnt techniques about art back then, but I did it mostly as a hobby and for fun.

After the downturn in the oil industry I began running a car hire business I started with a cousin for a few years. During that time I would learn other skills in my spare time like web development, digital marketing e.t.c.

It was during this period I first learnt about Blender. My younger brother told me about the software and what its capable of. I was surprised to find out it (An older version, 2.7) was free and could run on his low spec potato laptop.

I didn't show any interest until I saw the Spring - Blender open movie. It was like a spark for me and I was amazed that such a powerful tool is free. I started watching more Blender videos thanks to YouTube recommendations before I finally decided to start learning 3d.

My Blender journey began sometime in November 2019 and I was determined to see how quickly I could learn 3d using Blender 2.80. By February the following year I had started a social media page and decided to take part in Blender52 prompts so I could develop my skills.
With the COVID-19 lockdown and its disruptions, I put more focus in participating in weekly prompts and tried to learn something new everyday and create art for the week.
I watched a lot of tutorials on YouTube from Grant Abbitt, CG cookie, and Blender Guru (Just to mention a few) and I was greatly encouraged by the online community and realized that there could be a place for me in the art community.

I have put in a lot of hard work and still have a lot more to learn and grow. Basically when you work in line with your passion it becomes fun. This is the space I'm at right now, doing what I love best. I may have taken a longer route but in the end I still got here.

Presently I focus mainly on freelancing as a 3d generalist and feel happy, hopeful and positive about this career change.

Concept
This is the first stage I go through in creating any art. I usually get inspiration from platforms like Pinterest, Instagram and google search. Sometimes I get inspired by movies or video games I've played.

I had an idea to make a sci fi drone capable of rolling into a ball. I didn't know how to go about that design so I searched on the internet and to my surprise it existed.

I based my concept on the design of a foldable drone by Sunsky and adapted it to fit my purposes. My version would have a bigger base for carrying drilling equipment and also rotating section for the camera and laser beams. 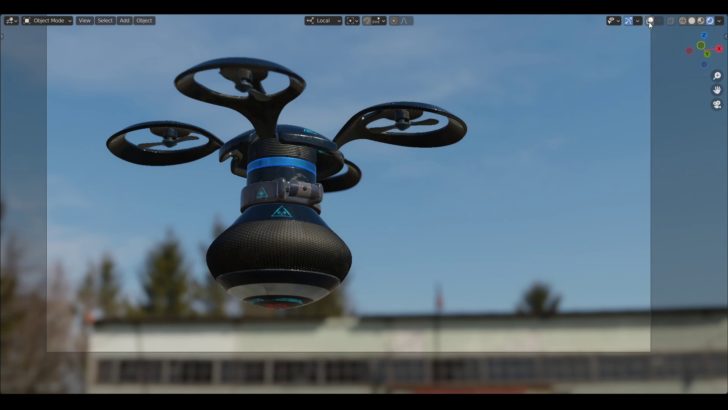 I would also add fun lights on the body as well as soft plastic sides that could help cushion impacts.

Modeling
I like modeling using the subdivision modifiers. I began by making basic shapes for the drone. I started by modeling the body and then moved on to making the wings. 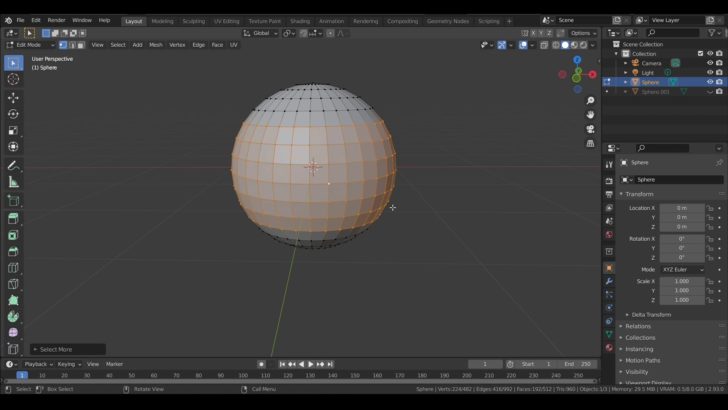 I made both parts using uv spheres so they would match up and form a ball. Most times its easier to follow a blueprint when making such designs but I find it easy to visualize what I'm making based on my experience from mechanical engineering drawing. 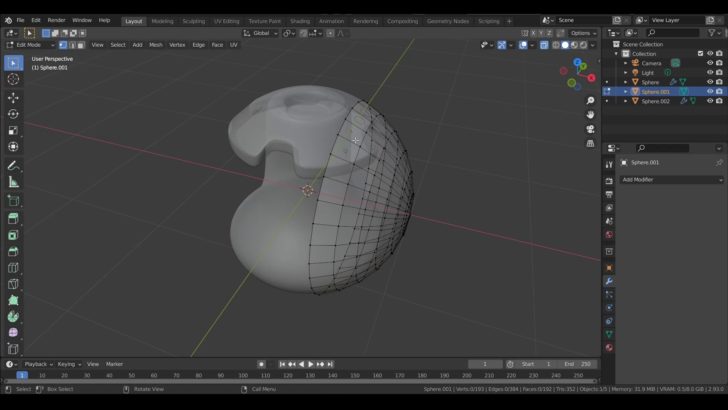 I only Modeled one wing knowing that I could duplicate it for the rest 3 similar wings.
After this I unwrapped the model as an obj, separated them into collections and imported into substance painter for texturing.

Texturing
in substance painter I baked the mesh and added a default base plastic texture. At this point I usually check my mesh to be sure there are no issues with stretching of uvs before I go on with texturing. If I find any I go back to Blender and change uv seam locations, re-export, before rebaking in substance. 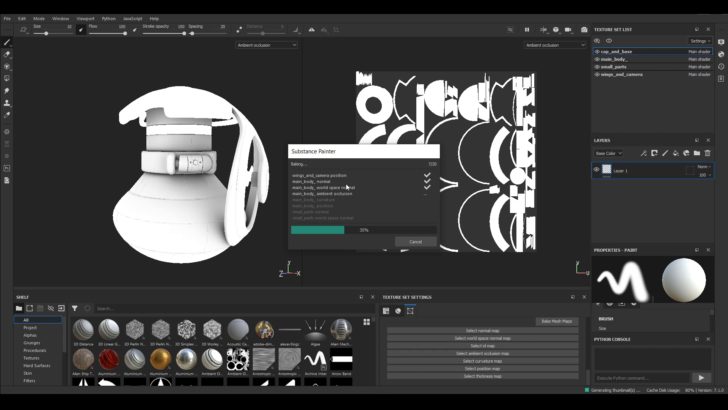 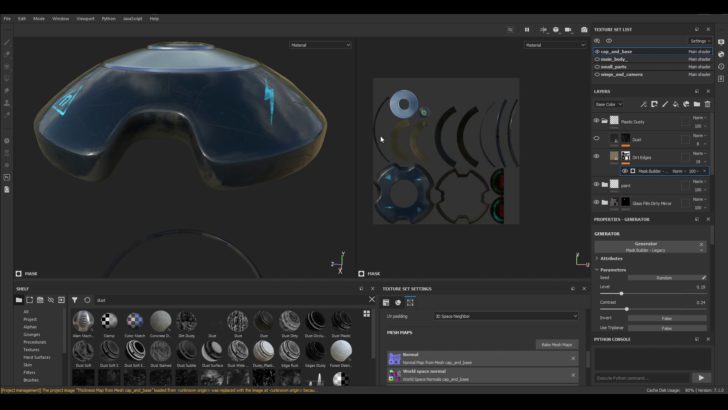 I added layers for dust, and different types of materials. I also created emission layers for lights on the wings, the power indicator as well as the inner drilling ring. I made sure different light colours stay on different uv maps. This makes it easier to control individual intensity back in Blender. 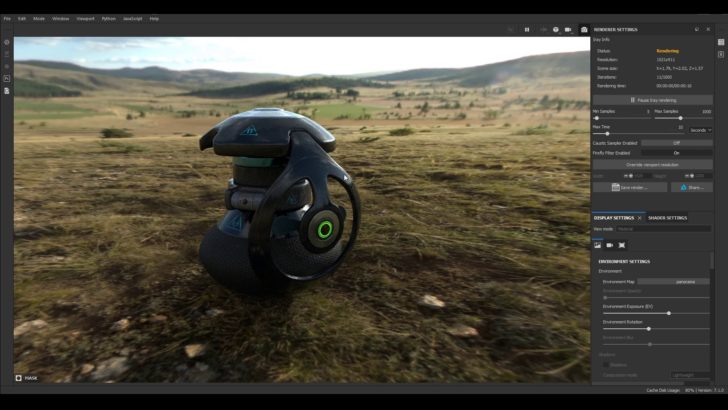 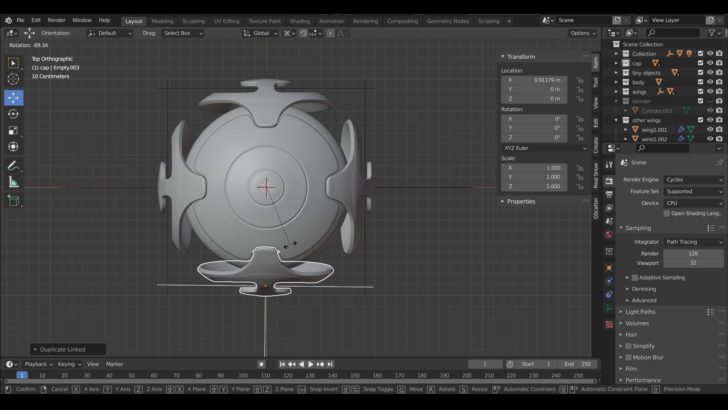 My drone model is fairly used so I made use of a plastic with scratches and added extra dirt under the wings and in regions not easily cleaned. I also added scratches and fades on body decal paints and the model was good to go. This is a way to add detail to the model and tell a story about it. 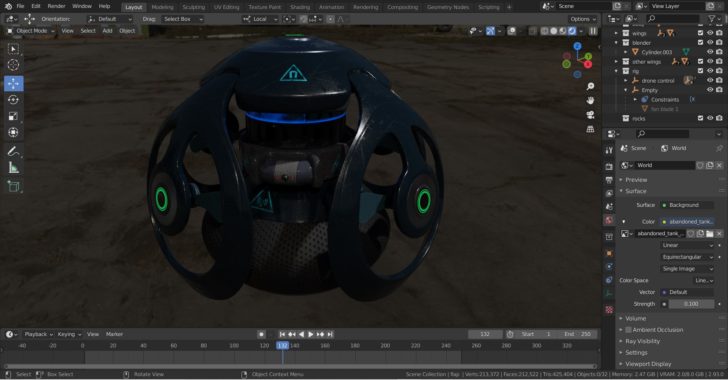 Control Rig
I made simple controls for the drone using empties and constraints. With it I can open the drone, rotate the blades, rotate the camera, as well as control the drill.

Environment and lighting
For the test render and animation of the model, I made a very simple scene. Just a plane having particle systems of grass planes, rocks, and a lot of sand particles. Lighting is basically a hdri and small point lights while I added a sun lamp for Eevee render. 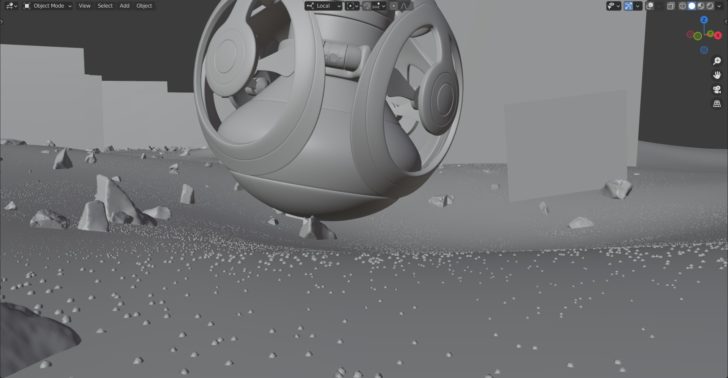 Animation test
For this I did a basic smoke simulation for the dust puff and a little flight animation test using the drone. To get the floating feeling of the drone I made use of the noise modifier on the z, y, and x axis animation curves. I adjusted values till I got the feel of a drone. I did the same thing for the grass planes to sway in the wind.

The final render for the animation was in Eevee while the pictures are rendered in cycles (1k samples). I used Photoshop to edit the cycles render and used Blender for compositing.
As for the Eevee animation I used the color balance node to get the look I wanted for the animation. 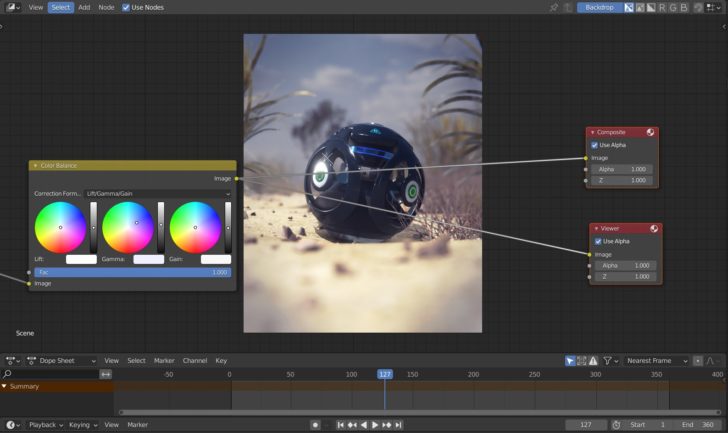 What's next?
I am happy with my renders for the drone. I would have loved to render the animation in cycles but that would take a while to render because of the smoke and volume scatter that surrounds the scene.

This drone is part of a bigger personal project I am working on in which the drone would be used to break into a building to steal certain things. I still have other assets and a sci-fi environment to build for the final animation.

Thanks you for your time and I hope you gained something from my brief write-up about this project. 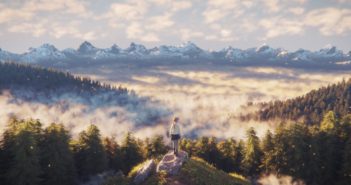 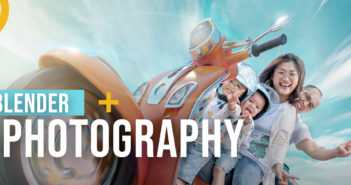 Next Article Blender in Photography