The much-beloved Geometry nodes, which made its entrance with Blender 2.92 before maturing and gaining in strength and performance in 2.93, is once again promising a huge leap in performance and usability with the upcoming milestone 3.0 release.

Hans and I built a small prototype for the fields proposal. The goal is to test a very different way to work with attributes in #GeometryNodes.
Please share your tests and thoughts. #b3d #devfund https://t.co/cHuhr4Rt8S pic.twitter.com/t8eBIhBwec

The Geometry Nodes team is hard at work to overhaul the now-in-place attribute-based system, in order to accommodate a more intuitive and less linear workflow, a system more auspicious for both simple and complex tasks alike. The team had already unveiled three major proposals on the Geometry Nodes Devtalk forum, before going the extra mile and actually building a small prototype for the popular "fields" proposal!

For completeness, here is another proposal we are discussing. It's not yet clear whether we will build a prototype for it as well. That mostly depends on time and how happy we are with the other prototypes.https://t.co/aSmLbVYKyh

Geometry Nodes developer Jacques Lucke also revealed that a prototype for the Expandable Geometry Socket proposal is also in the works and should be available for testing by the end of the week, with one more prototype being contingent on the reaction to the first prototypes and available time.

The prototype can be downloaded and tested out as an experimental Blender branch, found on the link below: 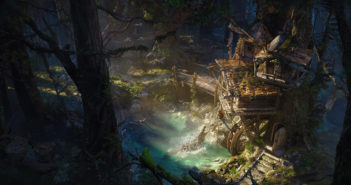 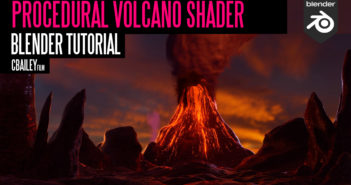