The first update for RenderMan's milestone 24 version has just been released, adding support for Blender's 2.93 LTS release among other features and major bug fixes.

RenderMan 24 was released just a few weeks back at the beginning of July with a slew of major new features, including the long-awaited revival of Blender support via the RenderMan for Blender add-on, with the caveat of it only being compatible with Blender 2.83 LTS and 2.92 at release. This has been amended with this newest RenderMan update adding support for the latest official version of Blender, 2.93 LTS, on top of a bevy of bug fixes and initial support for liquid fluids.

Check out the full release notes on the link below: 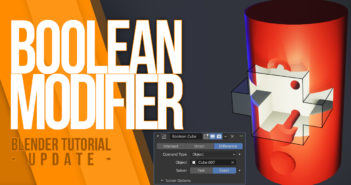 Previous ArticleBlender 2.93 Update: What is different with modifiers and the Boolean modifier?