If you watched the Virgin spaceflight this week, you probably saw some Blender work by Jonathan Lax!

This film describes the technology and experience of flying in VSS Unity, the Virgin Galactic spacecraft as it launches from the New Mexico desert at Spaceport America. Directed by Mark Bonner and edited by Dan Smith. My involvement started many years ago back in 2014. Ben Simonds and I developed a custom build of Blender for the designers to use while developing the livery designs for the spacecraft. Over the years I created higher and higher detailed models for Unity and Eve; eventually convincing Virgin Galactic that we could do some animation and VFX with them. Production started with only 5 weeks before the launch, not much time for over 25 VFX and Animation shots to be made.

I created 360º environment HDR maps accurately from altitudes after studying lots of footage from Virgin Galactic's flights which they were very generous to give to me. The environments were then used for accurate reflections while the backgrounds for the drop, burn and apogee moments were stitched together from parts of footage directly so that helped with overall realism. 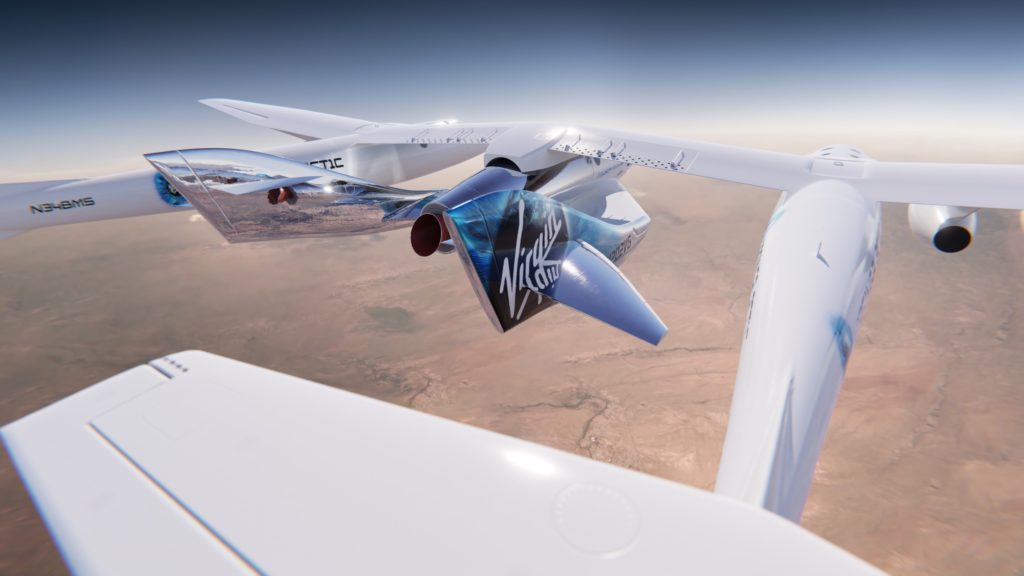 The biggest challenge was upping the detail on the craft without much reference or seeing it in person. A lot of the craft's finer details and functionality are undisclosed beyond a few broad photos so the approach was to get an overall similar look with some guesswork without being too specific.

Rendered in Cycles, the most satisfying part was when we could use the Nishita Sky texture and match it to real altitude data to get the gorgeous colours going from blue-indigo-black in smooth transitions really easily. 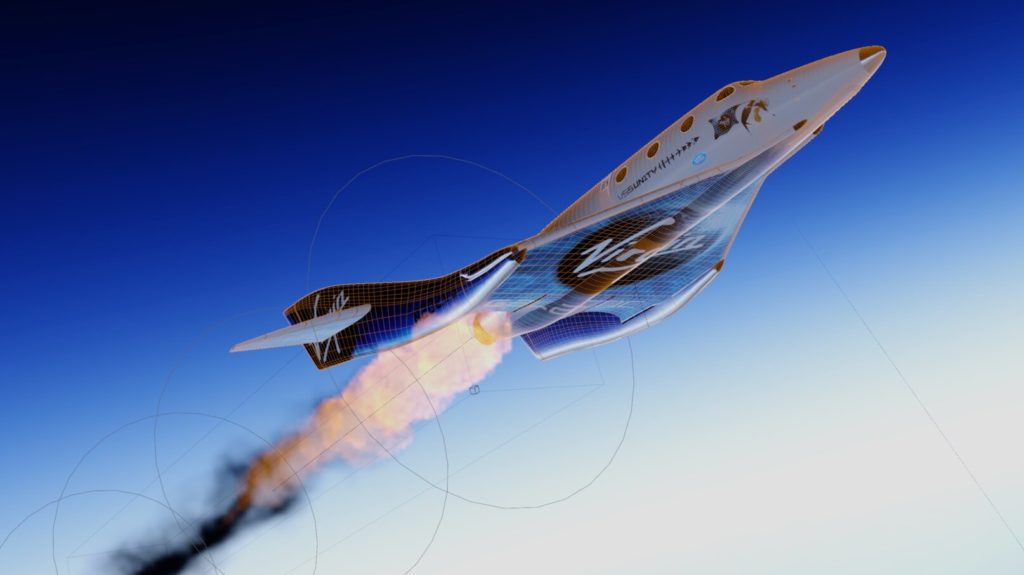 Dynamics was a challenge given the short timeframe. Using Mantaflow for the engine plume wasn't enough, so in separate renderlayers a cylinder with animated textures then augmented and blurred the engine fire effects in comp and that produced a much better result.

Lastly, the original music and sound design was expertly created by my brother Alistair. So this turned into a family project which is rare for sure! Check out his site for a version without the voiceover to hear everything he put into this.

My site has more details and a preview of another VG project that'll be shown here very soon!

I formed Gecko Animation Ltd in London with Ben Simonds and since have worked on Animation and VFX productions for BBC, Channel 4, UKTV, NSPCC, Rolex and Nestlé. All using Blender! If you're a Blender professional in the UK get in touch! 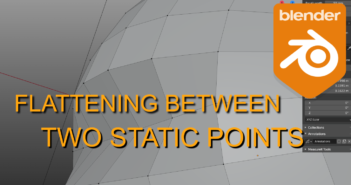