Version 24 of Pixar's legendary render engine has just been released, featuring a slew of milestones including the new Renderman XPU GPU+CPU fast rendering hybrid and of course, the long-awaited revamped Renderman for Blender addon!

RenderMan 24.0 is finally out! Along with it, the thing I've been working on for almost 3 years, mostly after work hours, RenderMan for Blender.
Hopefully, Blender users will find it useful to have another renderer to use.#renderman #rendermanxpu #b3d https://t.co/Wmz7UWbD51

As we had mentioned when we first reported on this release when it was announced in September 2020, this release marks a return to form when it comes to Blender support, which was last seen in RenderMan 21. This new implementation of Blender support has been written from the ground up and achieves feature parity with the main RenderMan version and other DCC's plugins.

This means that Blender users will be able to fully benefit from Renderman's Lama material system, its Stylized Looks NPR shading system, XPU, Interactive rendering, and everything else Renderman has to offer.

Check out the Version 24 Feature reel on the video below:

There are still a few caveats when it comes to Blender support in this initial release: there is no auto-conversion of Cycles shading networks, Grease Pencil support is limited, but most importantly, RenderMan for Blender only supports version 2.83 and 2.92 for now. The future is not bleak, however, as the developer of the plugin chimed in on Twitter promising support for Blender 2.93 in the next dot release!

We should have 2.93 support in the next dot release.

Check out the version 24 and RenderMan for Blender release notes on the links below: 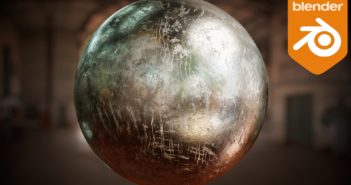 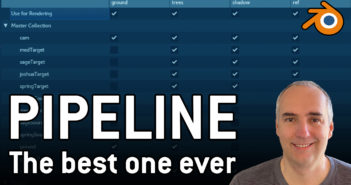 Next Article Blender pipeline at Real by FAKE