Hello! My name is Andrew, and I’m a passionate 3D hobbyist who enjoys video games and art. For a little more than 3 years, I’ve been learning Blender and creating characters as a pastime with the hope of one day turning my passion into a career.

What you are about to read is a breakdown of one of my greatest creations—and learning experiences—to date. Noelle is a character from the popular video game Genshin Impact by miHoYo. Without a doubt, the game has a large and passionate art community that creates diverse fan creations of the game’s characters. As someone who has a long history of creating fan creations of Honkai Impact 3rd, one of miHoYo’s other games, I wanted to contribute an artwork to the Genshin community that has never been seen before. And since miHoYo publicly released free 3D models of the game’s characters (in the form of MMD models), I knew that creating a 1:1 copy of the characters wouldn’t be very meaningful. I had to create something much greater. 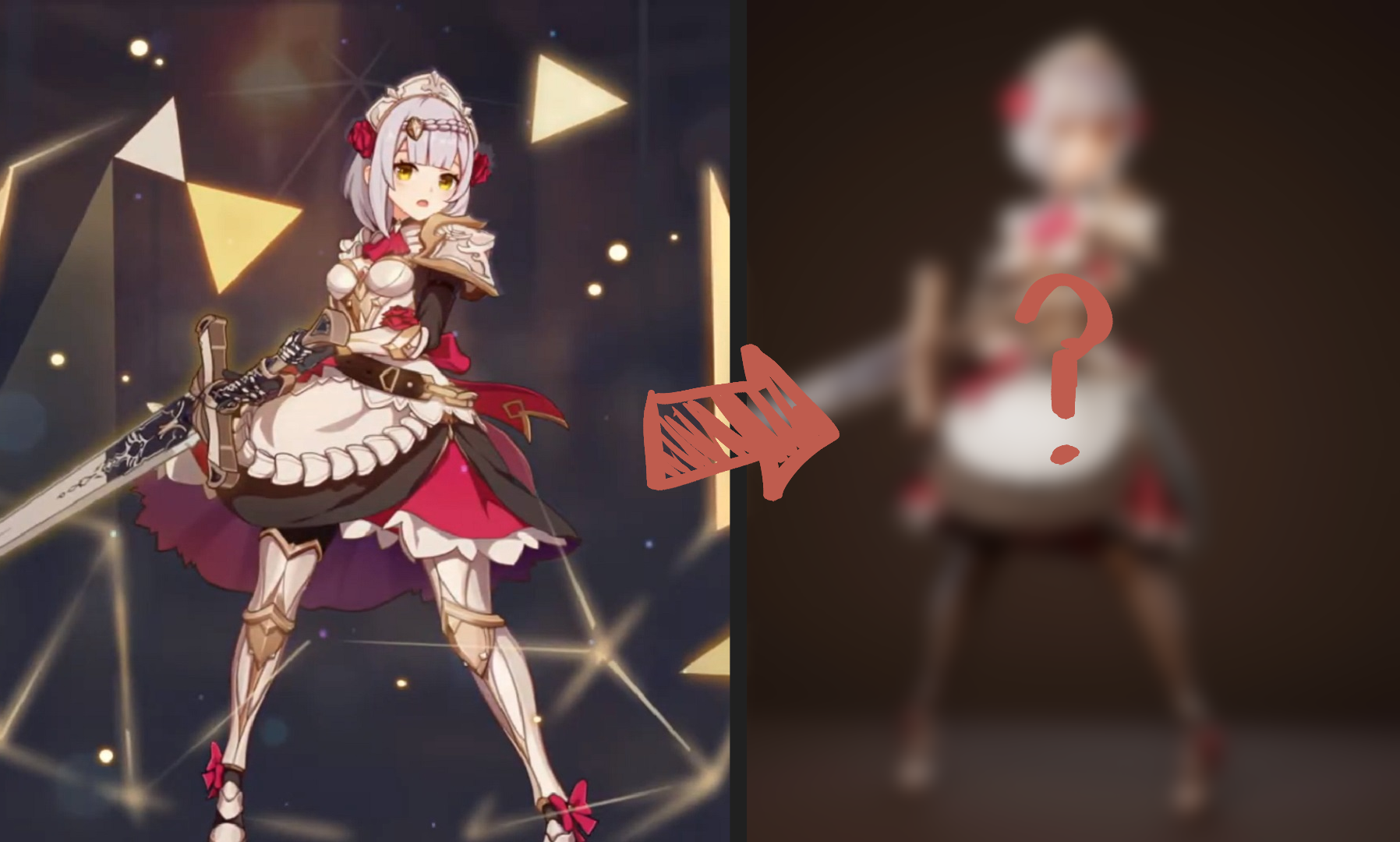 Realistic characters have never been one of my strong points as a 3D artist. Although I enjoy making them as much as my stylized works, they usually don’t end up as appealing, or the project may even be scrapped altogether. During the fall of 2020 when Genshin Impact released, I finally decided to take up the challenge and create an entire character completely different from my normal art style. The inspiration for this new style came from the student artworks from YCFCG. As a Blender artist, making such a character seemed impossibly difficult, but I was determined to reach an end result that could possibly fit in among these characters. 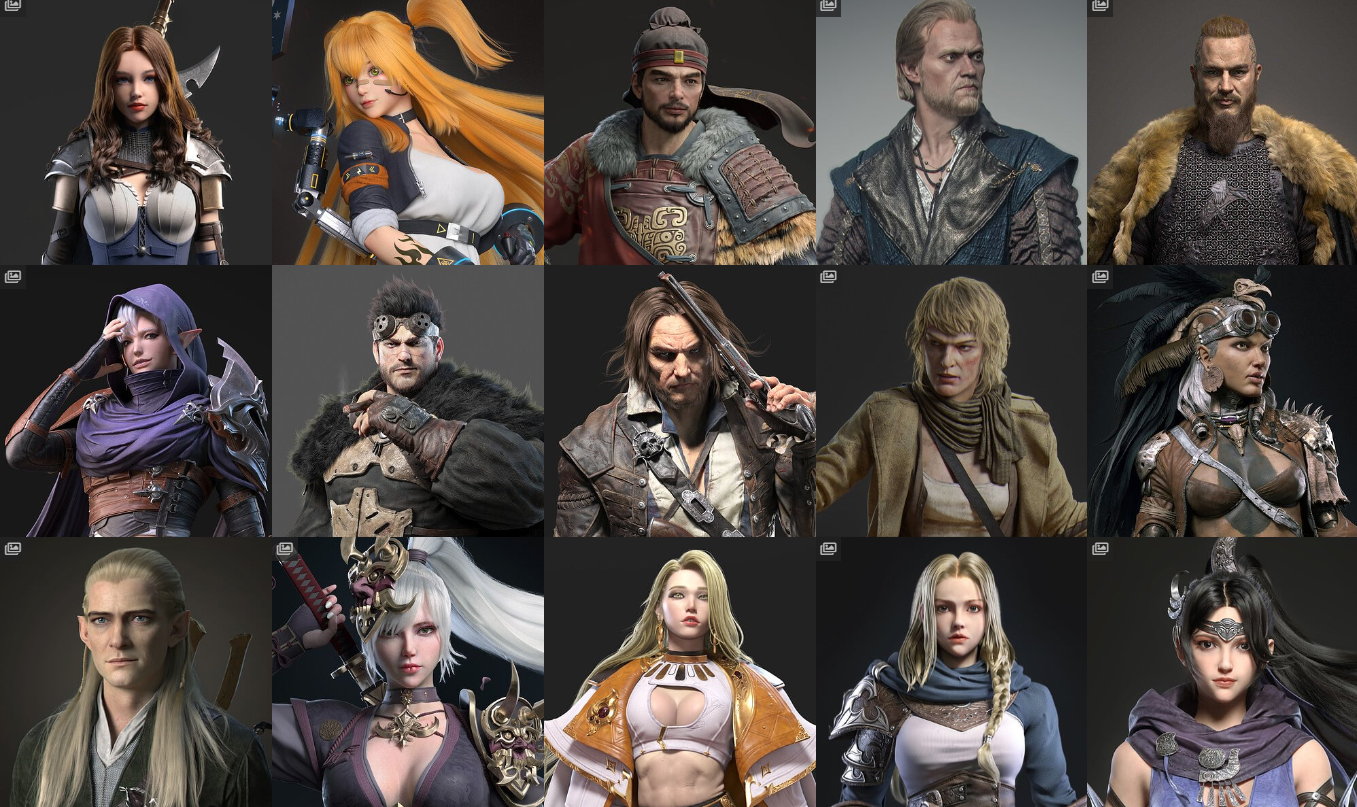 Inspiration from YCFCG on ArtStation.

Sculpting and Designing the Face

Although only Blender was used for the entire process, I used techniques from tutorials for other software like ZBrush and Substance Painter to achieve better results. Starting with the base sculpt, rather than starting off with a base mesh like the students at YCFCG, I thought I could get a greater learning experience by sculpting the body completely from scratch. Iteration by iteration, it took several weeks and lots of feedback just to design a face that I was happy with.

Here is a small section of the references I used for designing the face. I referenced other artworks that had very exaggerated proportions that would fit the character but still maintained a sense of realism. 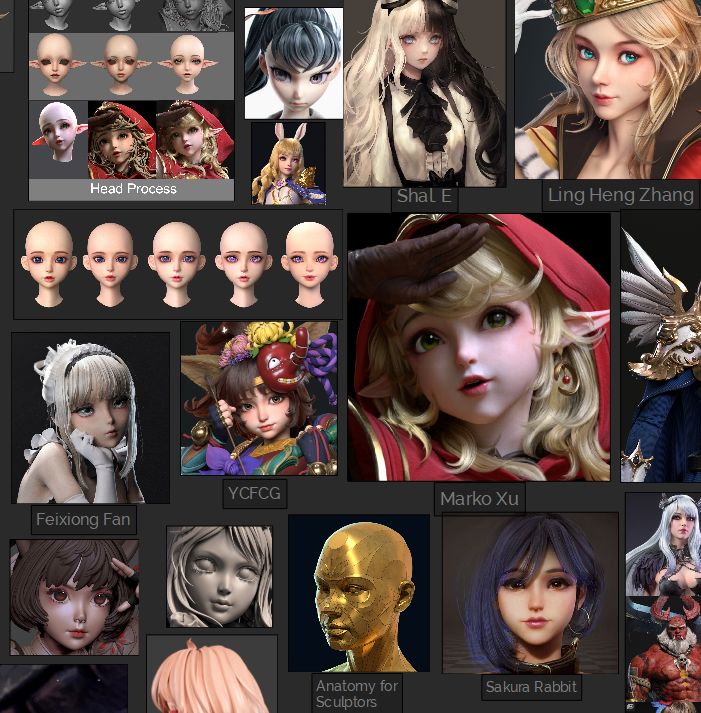 The hair was made using a combination of Blender’s hair particle system and hair cards. I rendered various small segments of hair that would be used as the texture for the hair cards. Render passes such as ambient occlusion, depth, and strand root were included to further adjust the final look. The textures took a lot of trial and error to get right, and while they’re not perfect they got the job done fairly well. 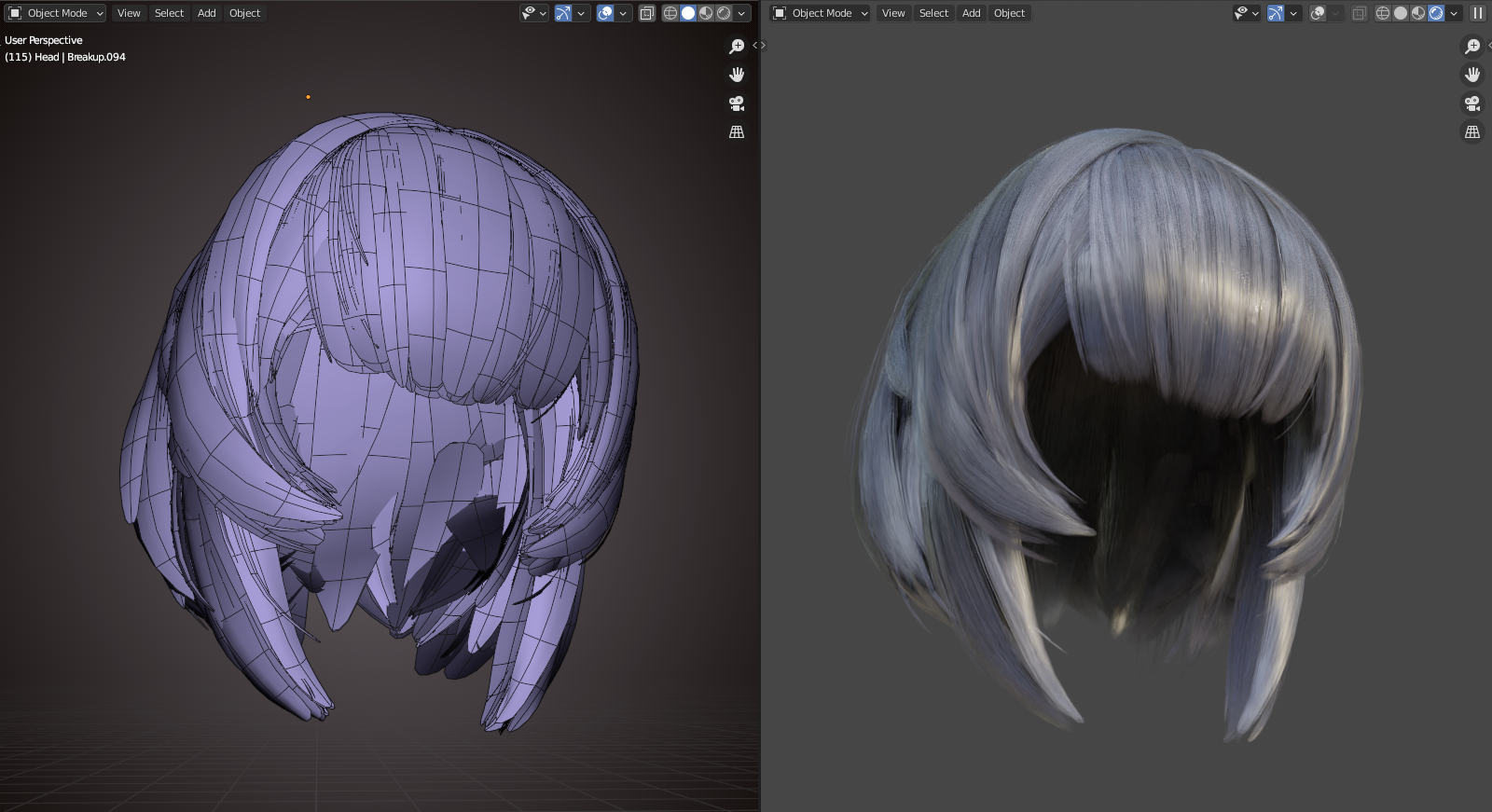 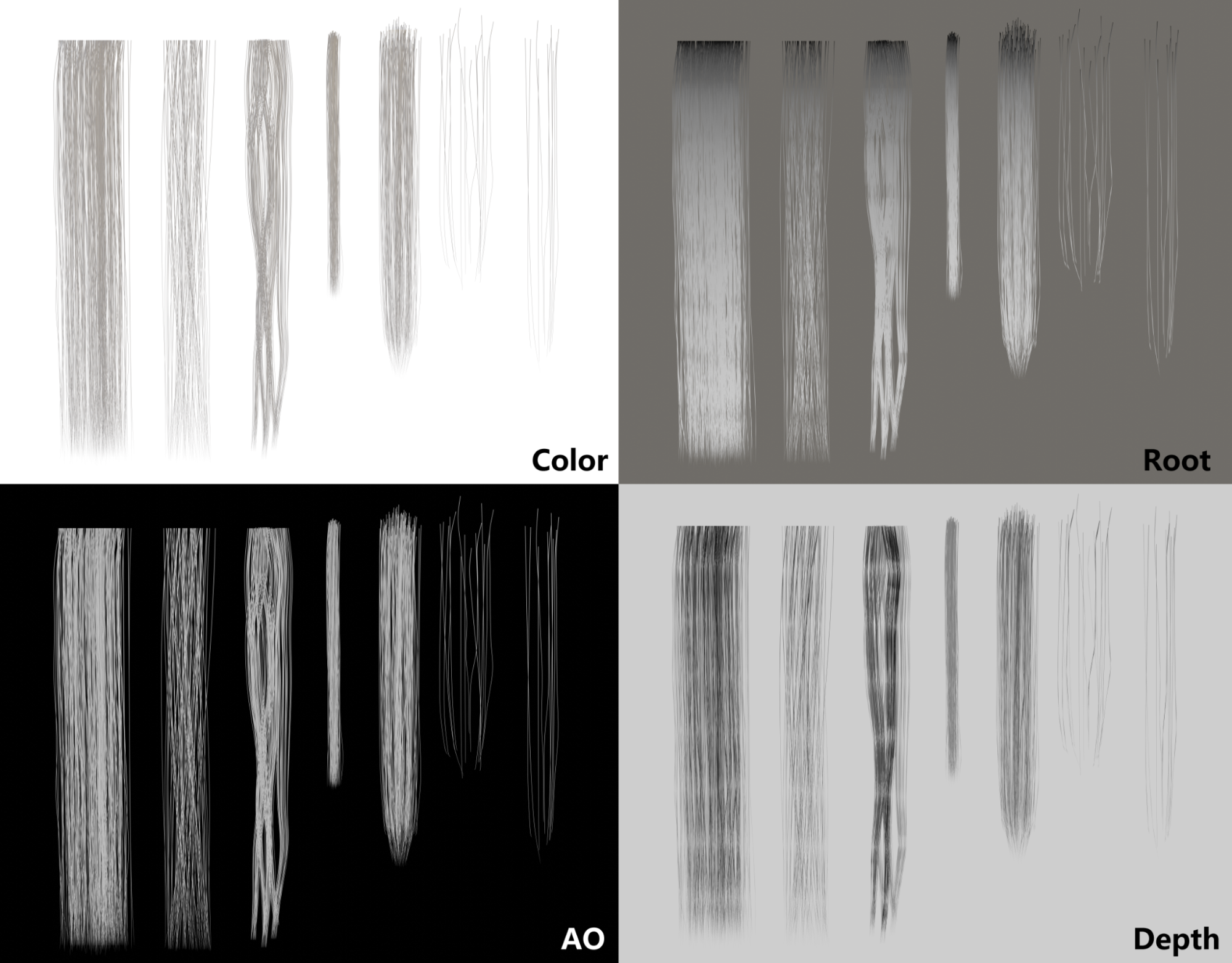 Mimicking the non-destructive layers of 3D painting software was tricky since Blender doesn’t yet have that functionality. For the skin, I created a new image texture for each “paint layer”. The images were kept as grayscale masks in order to tweak the colors in the shader editor. A similar process was done for the eye color, except everything was procedurally generated instead of hand-painted. 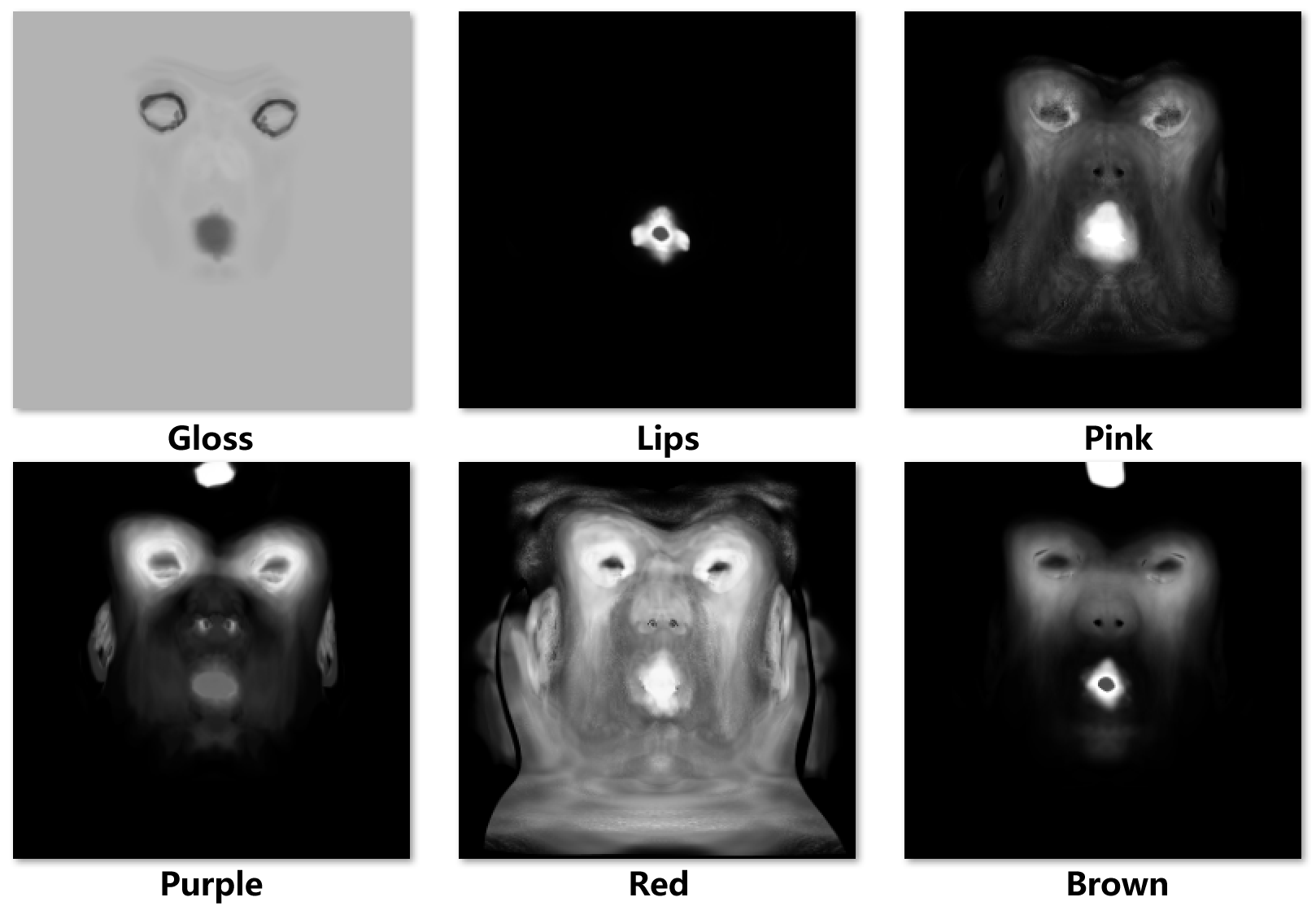 Modeling and texturing the rest of the body went a lot smoother than the head. I wasn’t too picky about any small details on the body since most of it is hidden under armor and clothing, but I still had to pay close attention to proportions and major forms. The sword and armor were all created using box modeling methods, and for the clothing I used a combination of sculpting, box modeling, cloth sims, and the cloth brush. 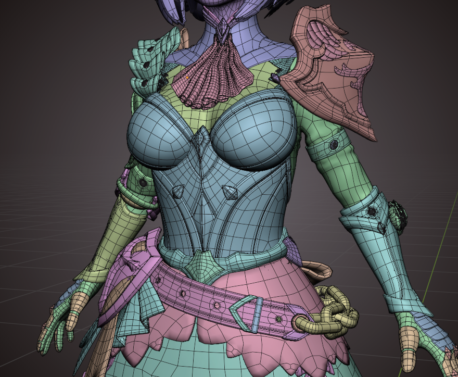 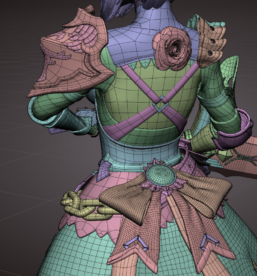 For posing character models, the Rigify addon has always been my go-to method for quick and easy rigging. I went for a pose that matches the original artwork as much as possible, and it was also at this point where I could scale individual bones to make any last-minute adjustments to the proportions. 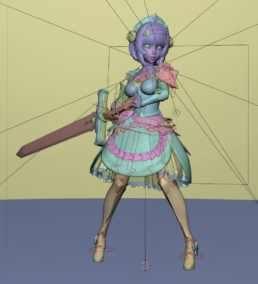 Lastly, the final renders took a few iterations to get right. After the first version was published for a few weeks, I noticed that the head was slightly too large as well as some odd deformations from the rig. I eventually fixed those issues and adjusted the lighting in newer iterations. 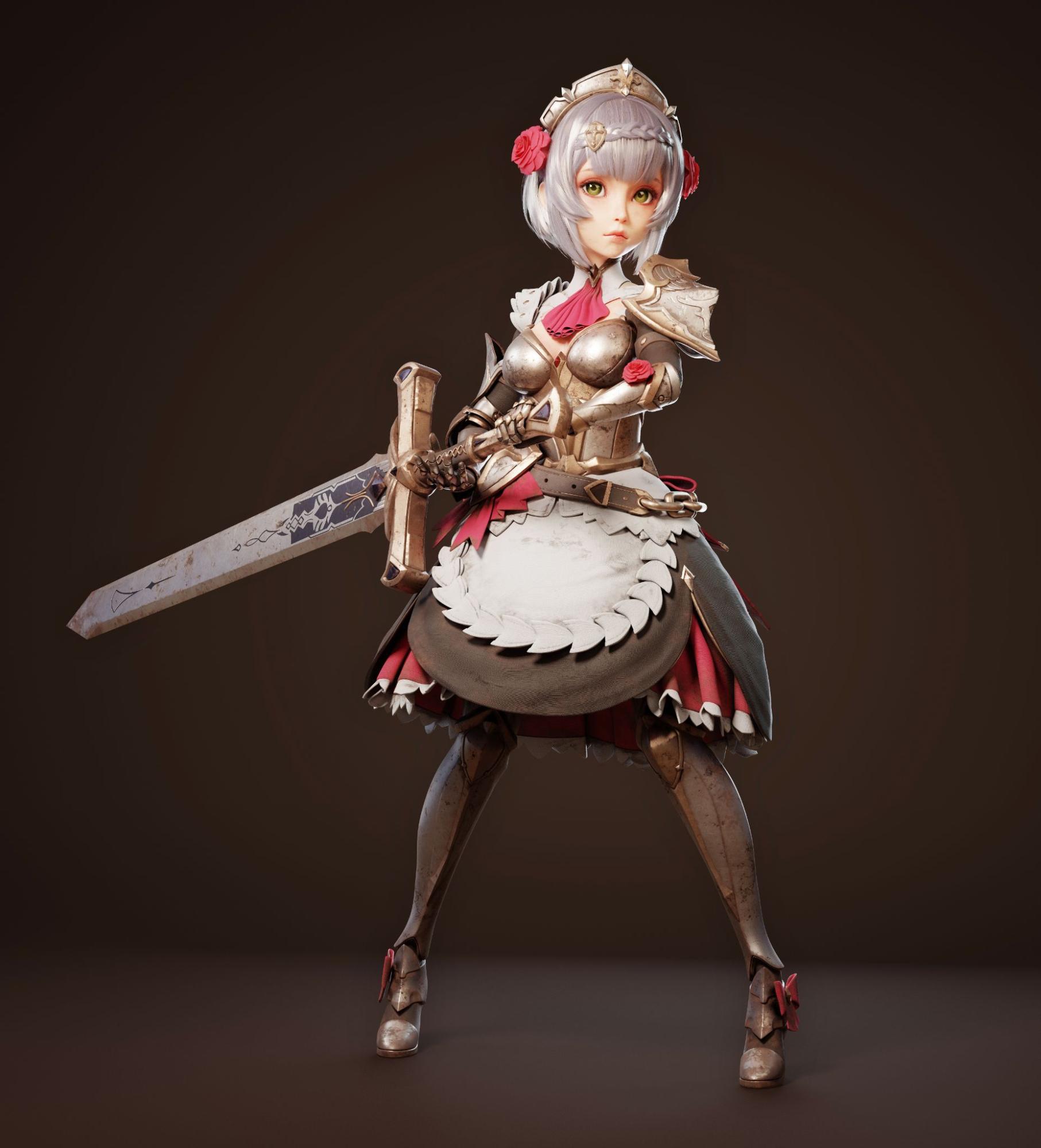 And that concludes this breakdown! My character creation workflow has greatly improved after making Noelle, and although I struggled for months to get this done it was definitely worth the learning experience. 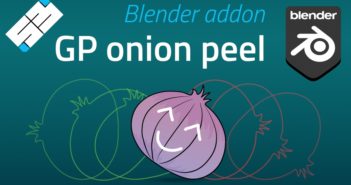 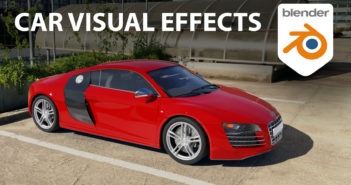 Next Article Add Cars to your Videos with Blender! (VFX Tutorial)