Today's first pick, "The Last Stand", comes courtesy of UK-based concept artist Dan W Morris. Dan's "Atlas" assault mechs are the standout features of this piece, and the great care with which he designed them is immediately apparent on the final piece. The awesome in-action framing of the scene is also a great choice to breath personality into the mechs.

Filippo Baracchi's watchtower is a wonderful NPR landscape render. Filippo used Eevee for the render, in combination with LightingBoyStudio's toon shader and photoshop for the final paint over. This piece is a part of a larger fantasy universe he is developing and is based on his travels in Myanmar. Fillipo's great colorwork gives this piece a mesmerizing other-worldly feel, with his landscape lines giving the impression of movement. 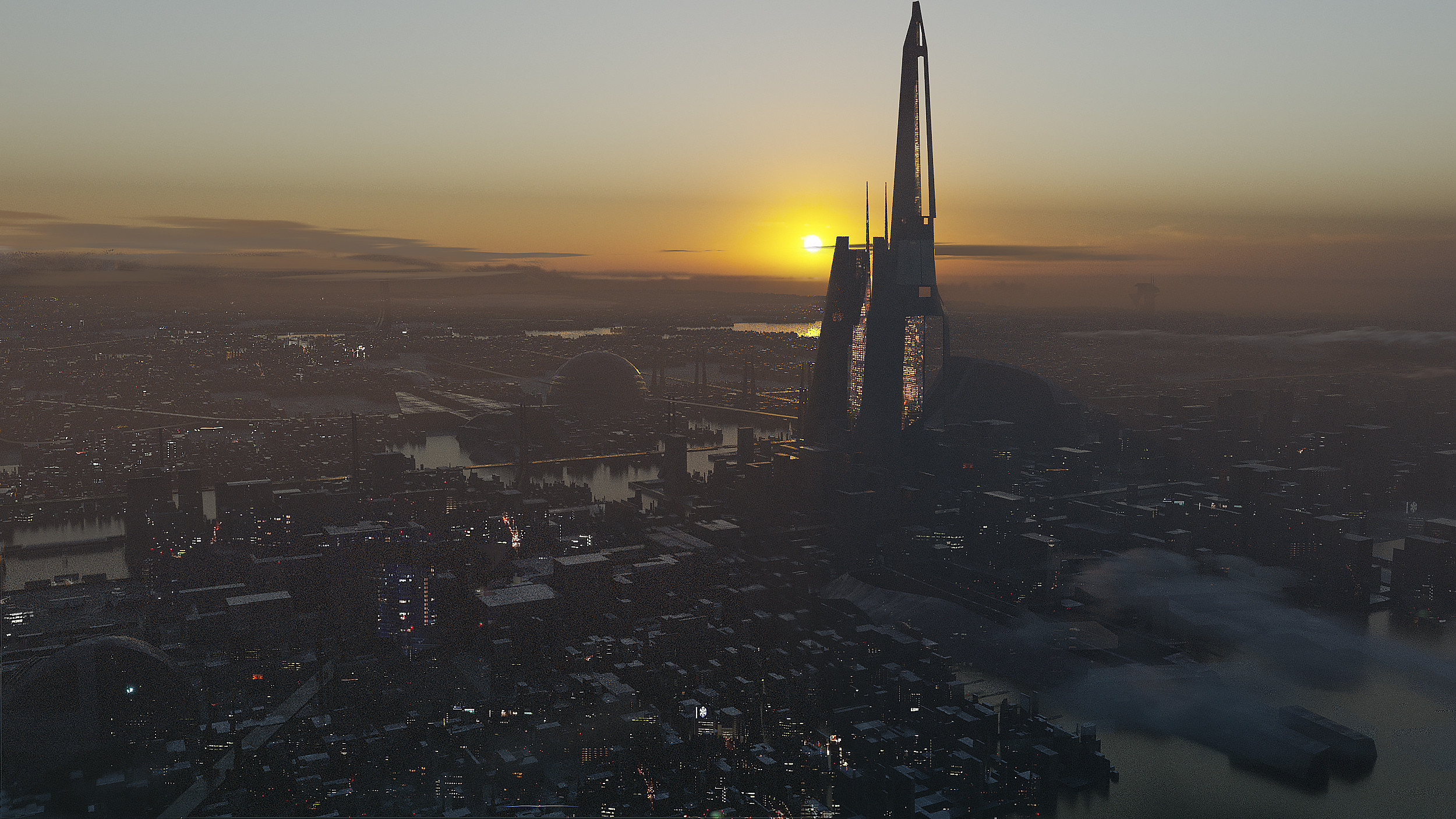 Chinese Concept Artist Pitter Liu is behind this "Megacity" artwork. Pitter manages to successfully capture the sprawling feel of megacities, both with his work on the environment assets and the framing of the shot. His choice to place this shot at sunset or sunrise also gives him the ability to play with fog and volumetric, which also contribute to the sense of scale of the render. 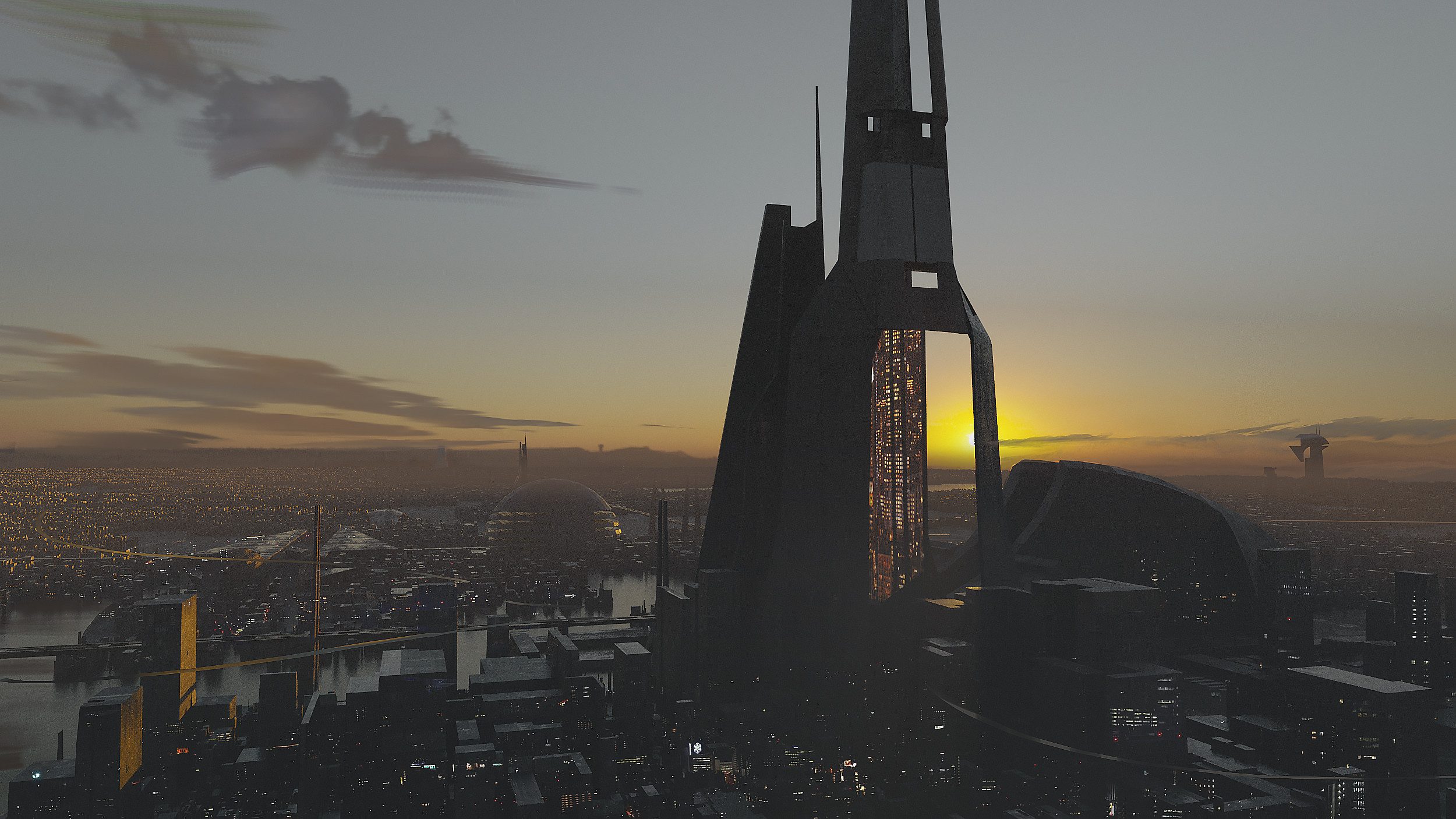 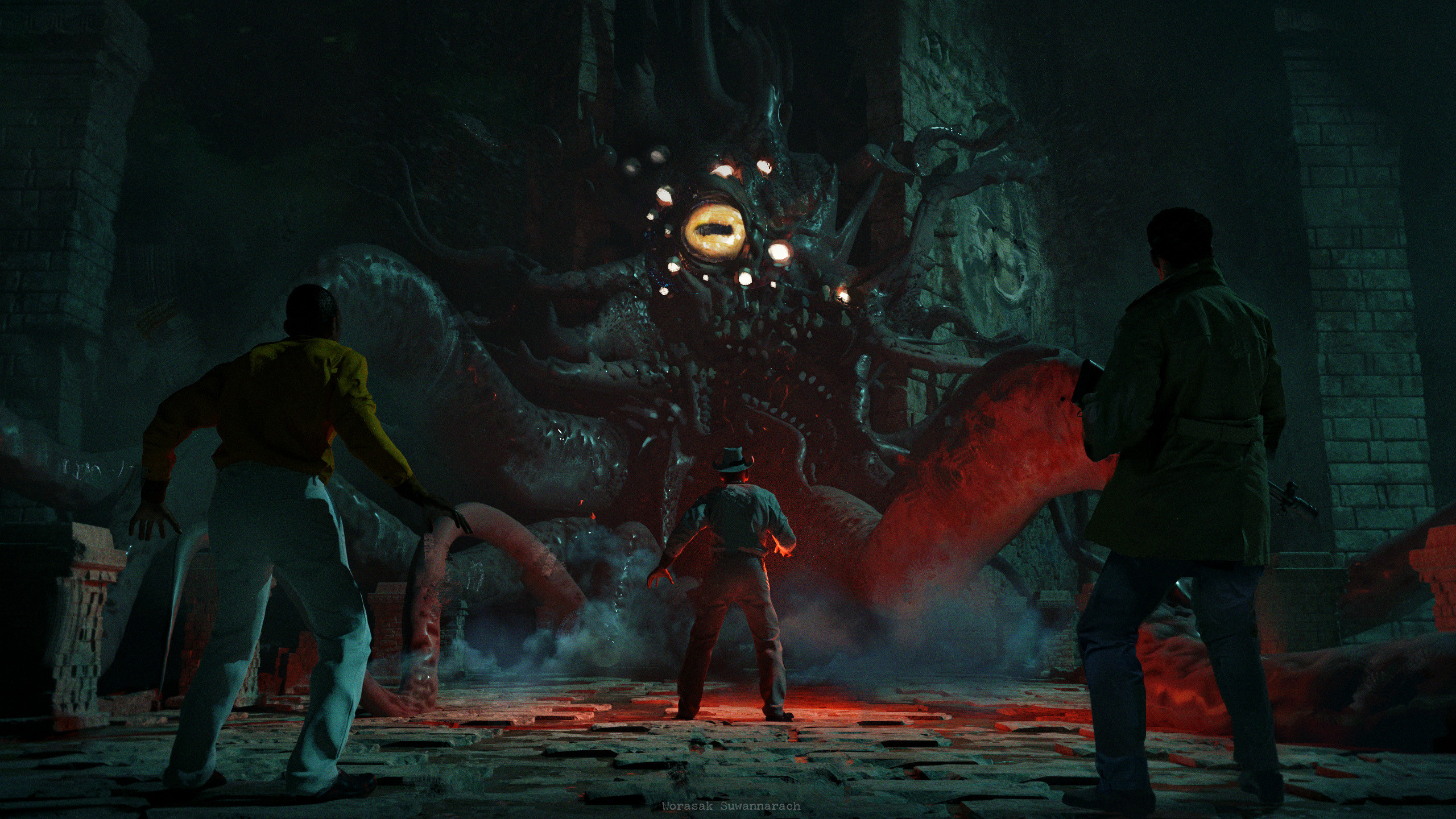 Worasak Suwannarach's Unsealing of the Undying dawn is an impressive In Medias Res concept piece he was commissioned to do for a game designer friend. This piece's great red lighting draws attention to the center of the image, which in combination with the wide focal length greatly increases its dynamism. Check out his Artstation post for more behind-the-scenes images on the monster and the scene. 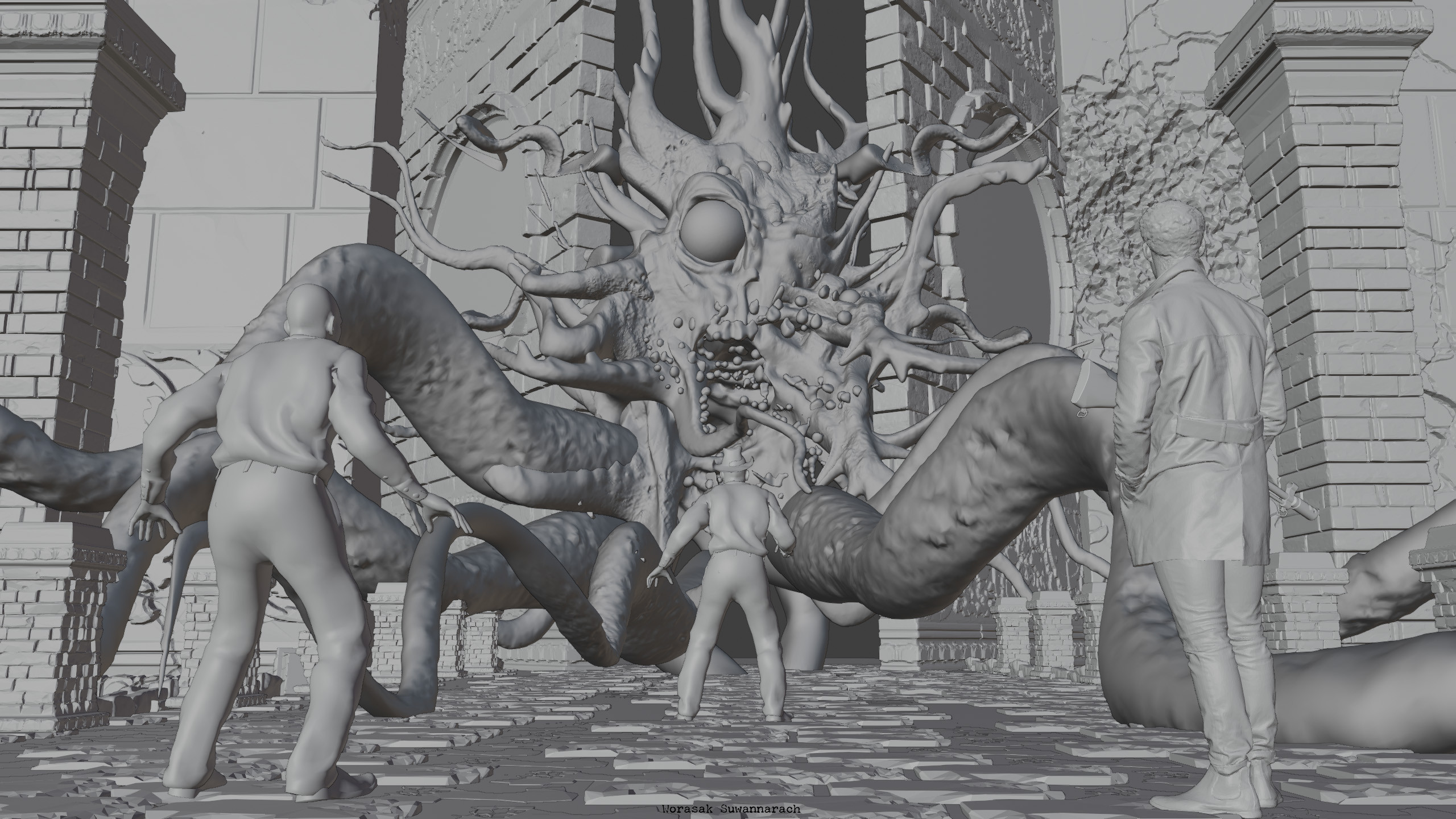 Gabriel V's Clouded Mind combines Blender's rendering power with Embergen's impressive real-time GPU rendering goodness. The piece is then comped with After Effects to great Cinematic effect. Check out his Instagram page for more behind the scenes posts on this artwork. 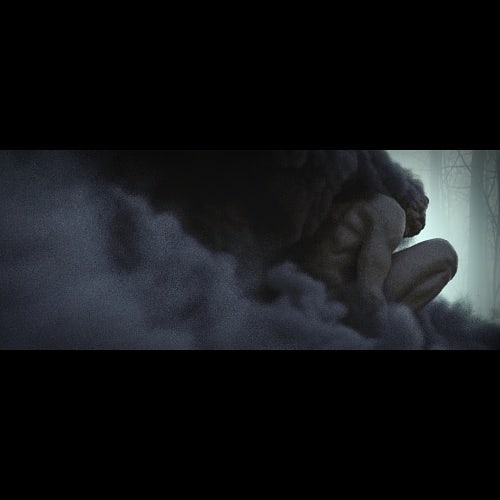 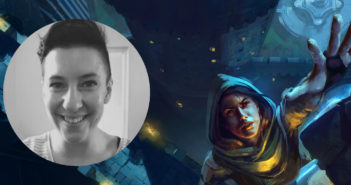 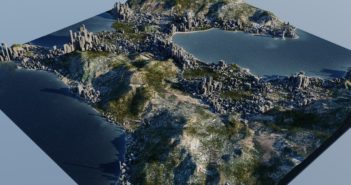