I was naturally thrilled when asked to submit this image for BlenderNation. I’m a 3d Artist/filmmaker from Manchester who got into Blender with the release of 2.8. Blender had always seemed a bit of a mystery to me but with that release things just (left) clicked. Terrible joke. I apologise.

Lockdown 1 happened and I suddenly found myself with a LOT of time on my hands. I tasked my self with getting to grips with Blender as quickly as possible.

I then set myself the unofficial target of a spaceship a day. This particular image came about because of the Suez story. I designed a shipping canal and futuristic tanker for it. Then I thought, well, how do you get in to the canal in a suitably dramatic fashion and there should be pirates around (those are the vehicles in the foreground.

Now you can see it! Everything is modelled with the fantastic add on Boxcutter and the city floor is made up of 3 small buildings, (again, boxcuttered) and scattered about using particles.
The light trails from the two small foreground ships are tapered curves. 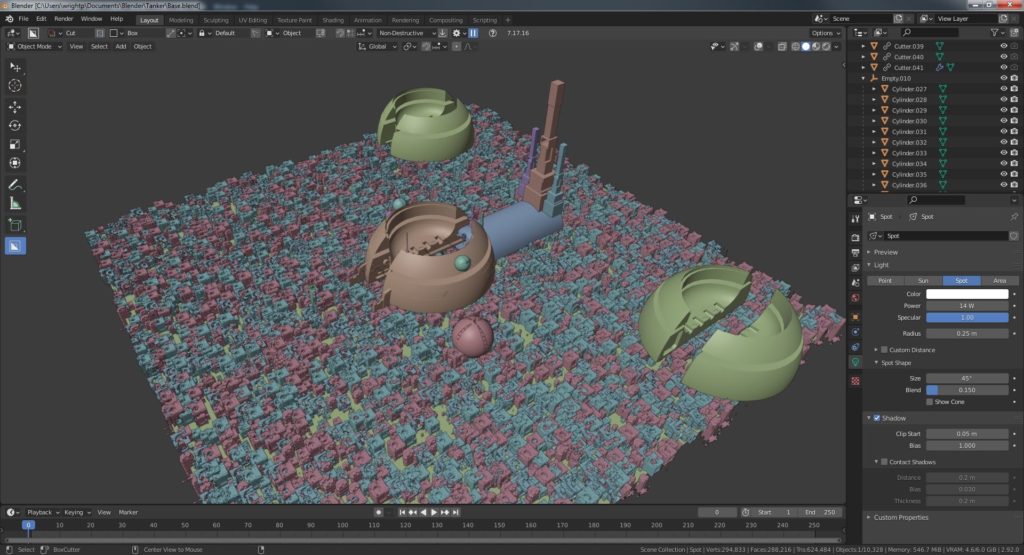 I roughed out the shape of the main building in the background. It's a sphere with maybe 5 initial cuts using box cutter. Very quick very rough. I wanted that to be the main focus, then, once I'd figured  out the right size and shape for it I duplicated it and put one on either side to fill out the space. I added in some volumetric fog to help decide how much 'city' I needed to add. No point modelling or dropping in geometry I'm not going to see. At this point I used some basic shapes as particles on plane to give myself a guide.

I added a sun lamp directly behind the building to see what the 'lightning' effect would look like. I lucked out because it was exactly what I wanted which was nice! I then started populating the sky with ships. These where from another piece but made in the same way. Very rough blocking of a shape, then cutting into it with box cutter. It took a while to find the right spots for the small pirate craft but I got there in the end. I'd only recently found out about tapering curves so that really helped to get the light trails looking right. 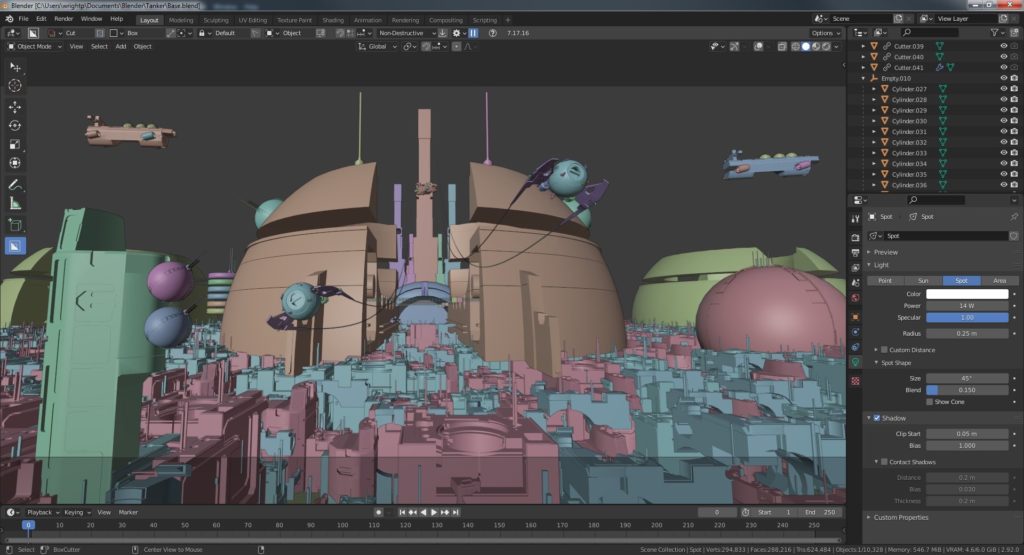 It was at this point I turned my attention the city floor itself. I added some detail to my basic cubes with box cutter. Just cutting all sorts of shapes in to try and up the randomness factor of the buildings. A few spires definitely helped which where just some stretched cubes that were there to just catch a bit of light. Street lighting was courtesy of an area light stretched out over a large area under the buildings. I turned off the emitter so the light would come up and give the buildings some up lighting.

Happy with the render, I sent it to After Effects for a spot of grading and added film grain and what have you to finish the look.

This was a lot of fun to make and quite simple to set up.

I hope you enjoy it. 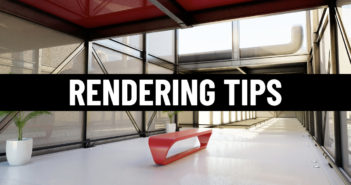 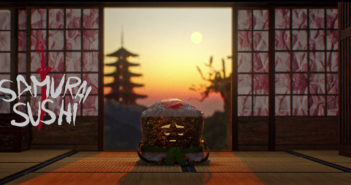