Hello. I am HOYA CHOE residing in Seoul, Korea. I have been working as a 2D designer for the past 8 years. 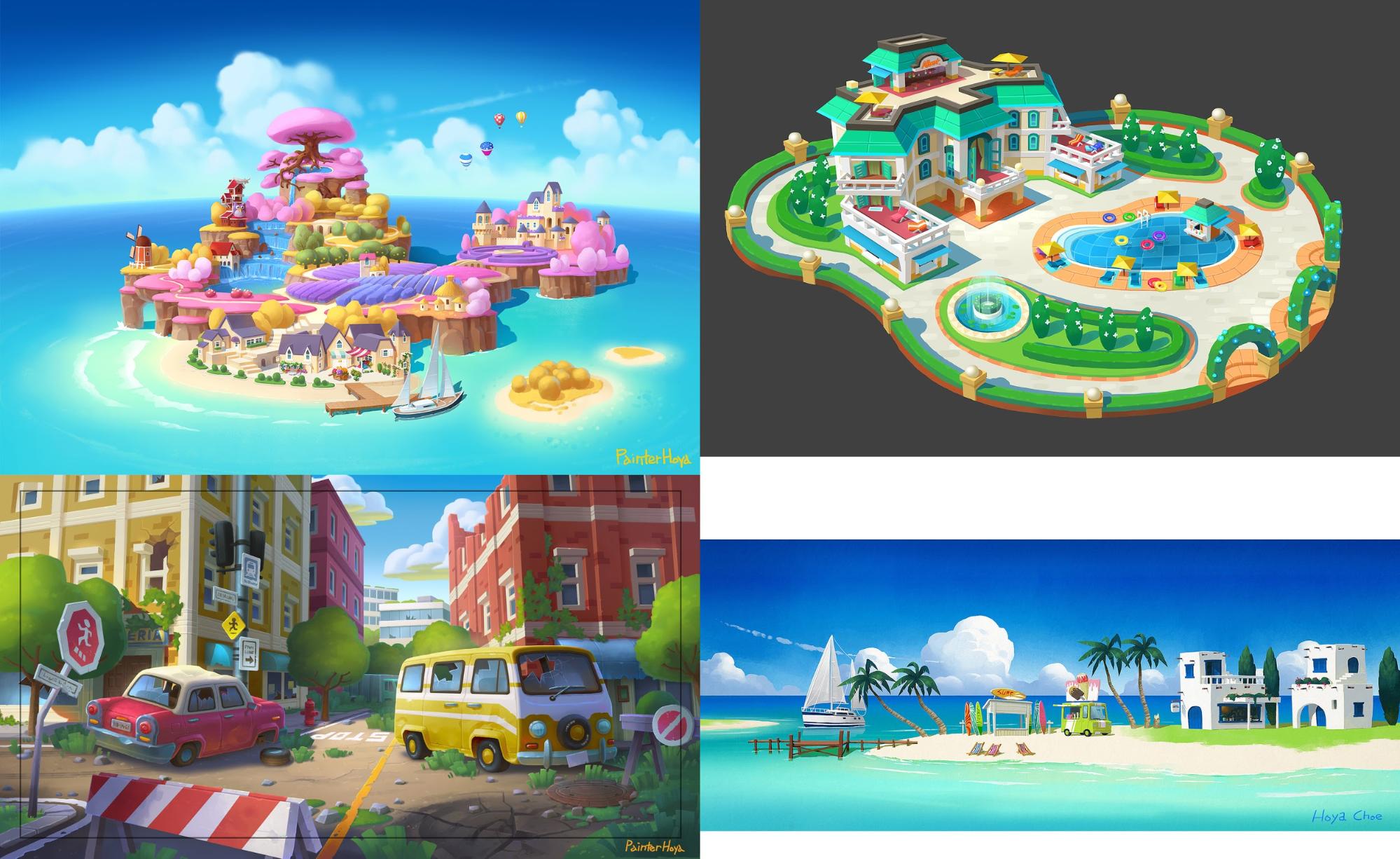 But I accidentally came across Blender 3D, and I lightly started sculpting for fun with my tablet. Like a game. Blender's sculpting felt very intuitive and was very fun. And I ended up making this first piece using Blender.

After making this, my expectations for Blender grew and I was satisfied. In earnest, I fell in love with Blender, version 2.79.

I wanted to use Blender to create a moving human. So I made my second work. 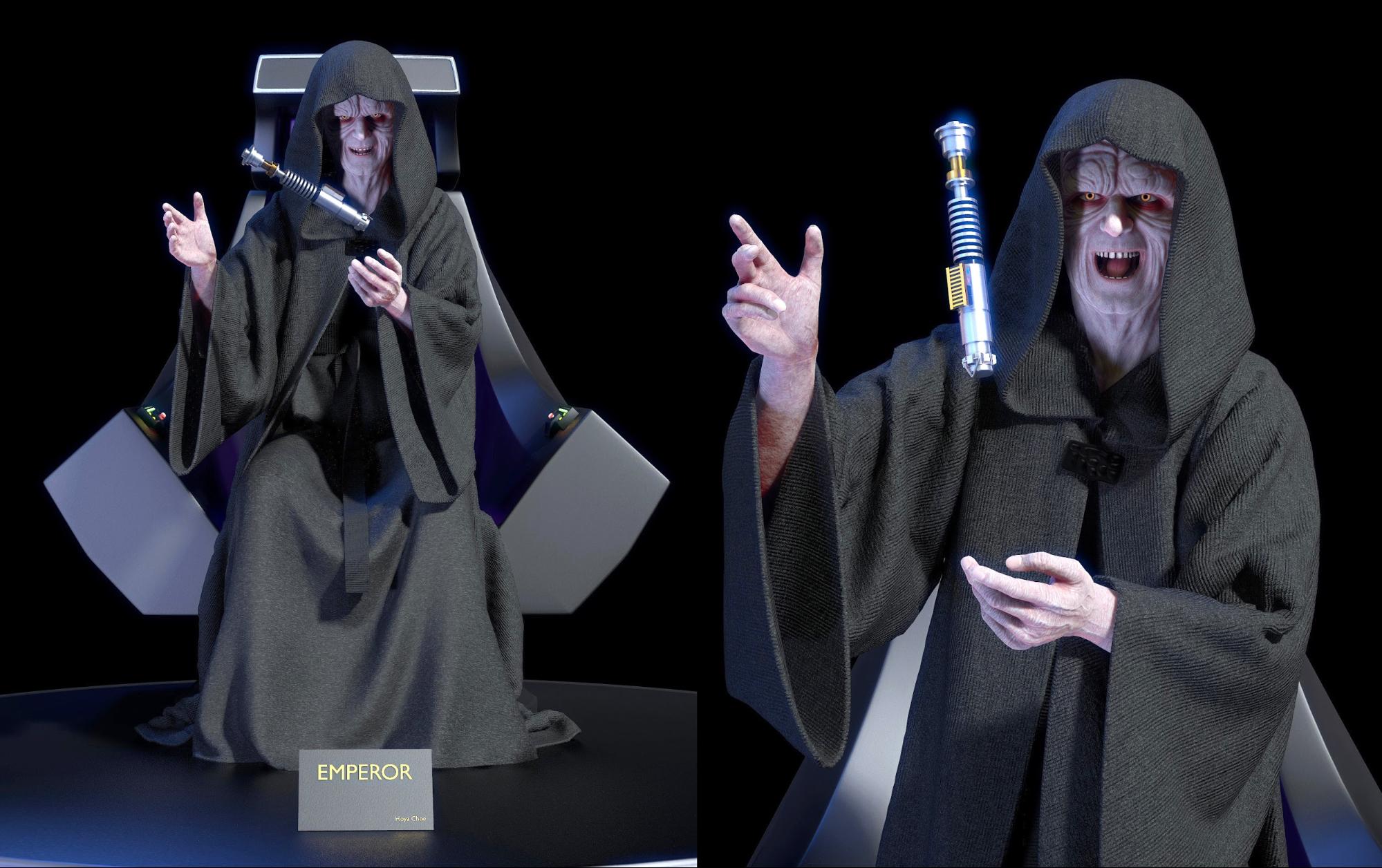 I was able to animate facial expressions and limbs, and I used cloth simulations.

I was getting more and more satisfied with Blender and realized that using it to create works would be my future. 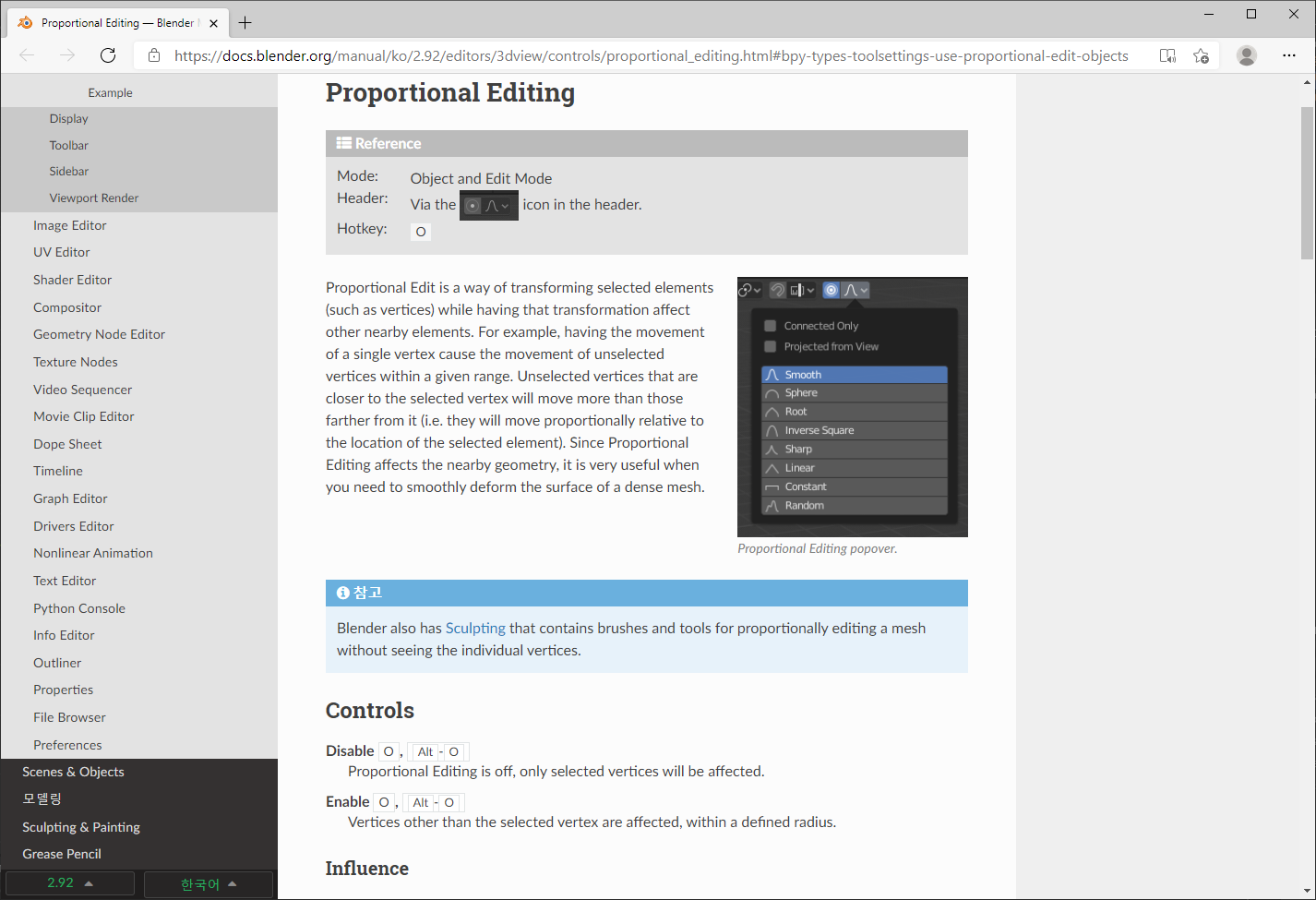 I learned by reading Blender’s online manual, which helped me grow my knowledge of Blender. I am grateful to the Blender manual, Blender developers, and all Blender practitioners. And I recently noticed a very good BlenderCloud learning system.

Now I was convinced that I could create animations myself using Blender, so I made a Joker animation. 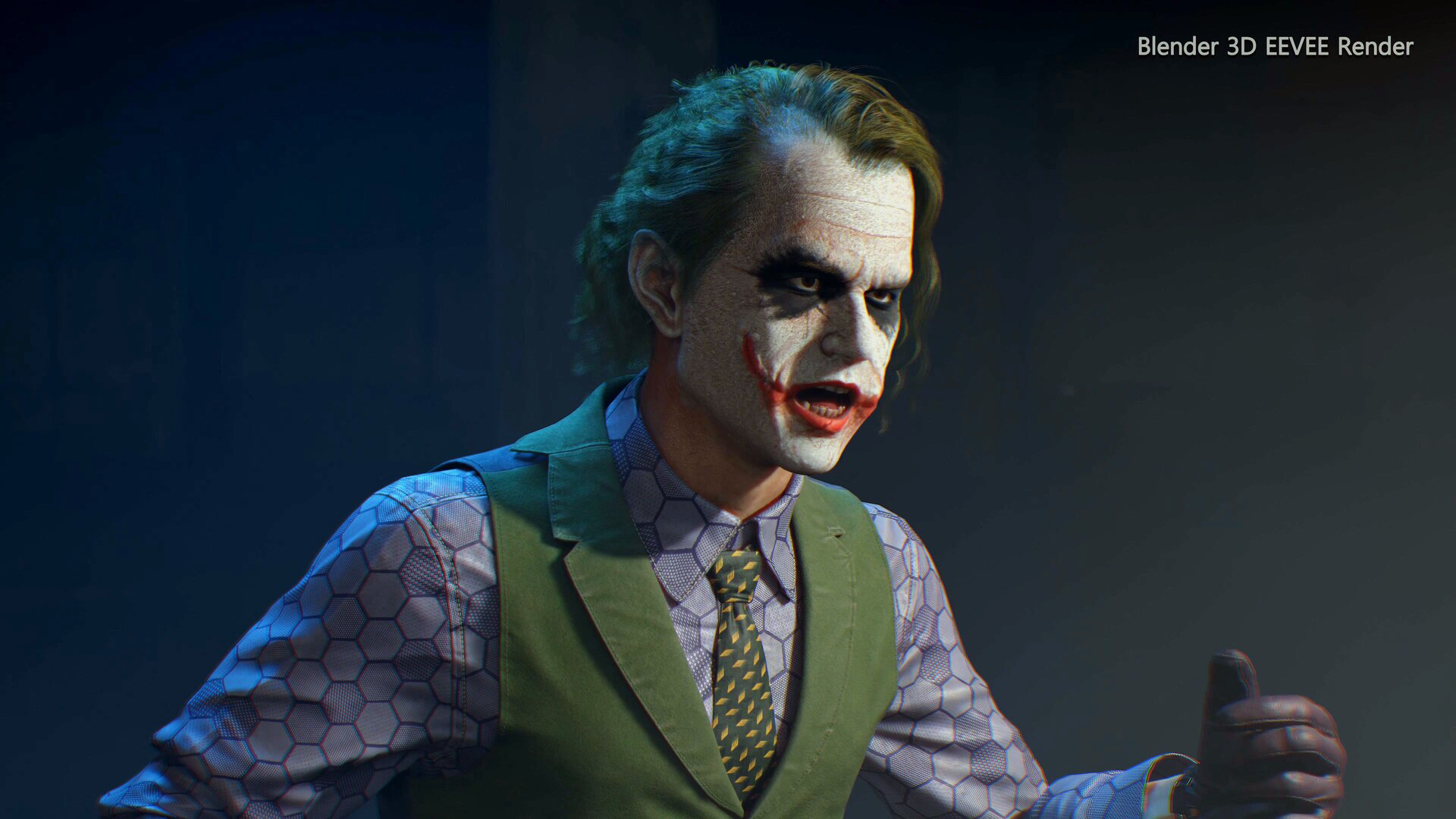 After creating the Joker animation, I felt that Blender and I were inseparable, and I was sure I would make all my future work with Blender.

Now I had a firm idea to make an animation. Another designer provided a 2D illustration of the Internsheep and I carried out the character modeling, environment design, modeling, rigging, animation, and render all by myself. 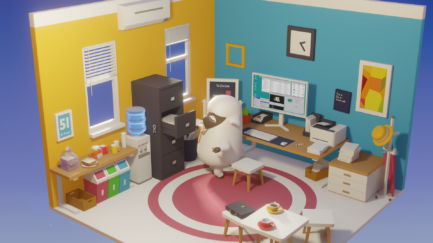 The Internsheep represents the young workers of Korea in the present era. We made a character that cheers and encourages such young Koreans.

And I wanted to make an interesting animation by deforming the shape comically.

I did the entirety of the work, including all of the animations, using only Blender. 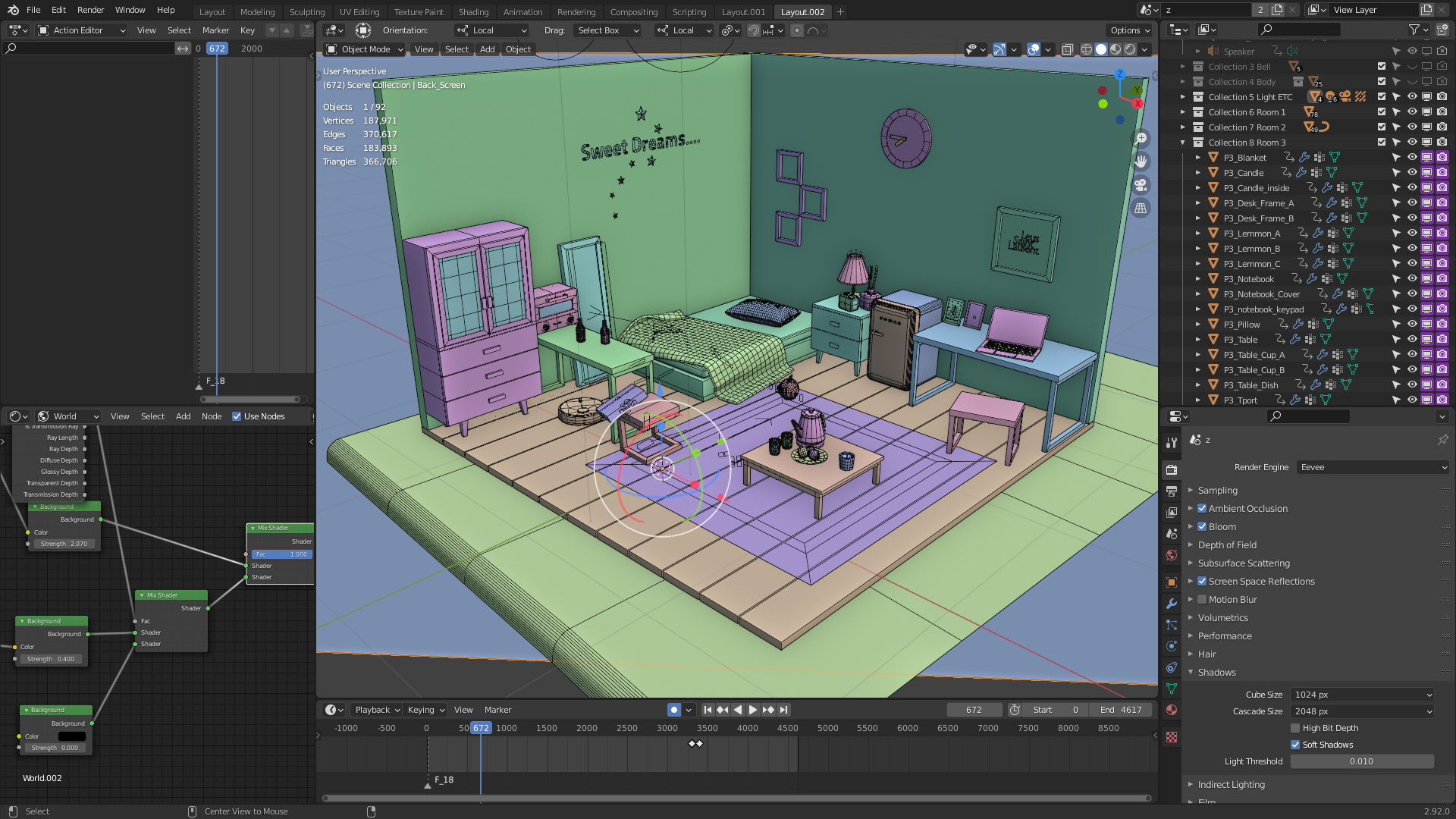 In this work, sculpting was not used and it was made with subdivision surface-based modeling.

I tried to model as simply as possible.

Textures were not used except for the computer monitor in the interior scene. So it doesn't even have UV-unwrap. Only the Blender node shader was used to create colors and hues. 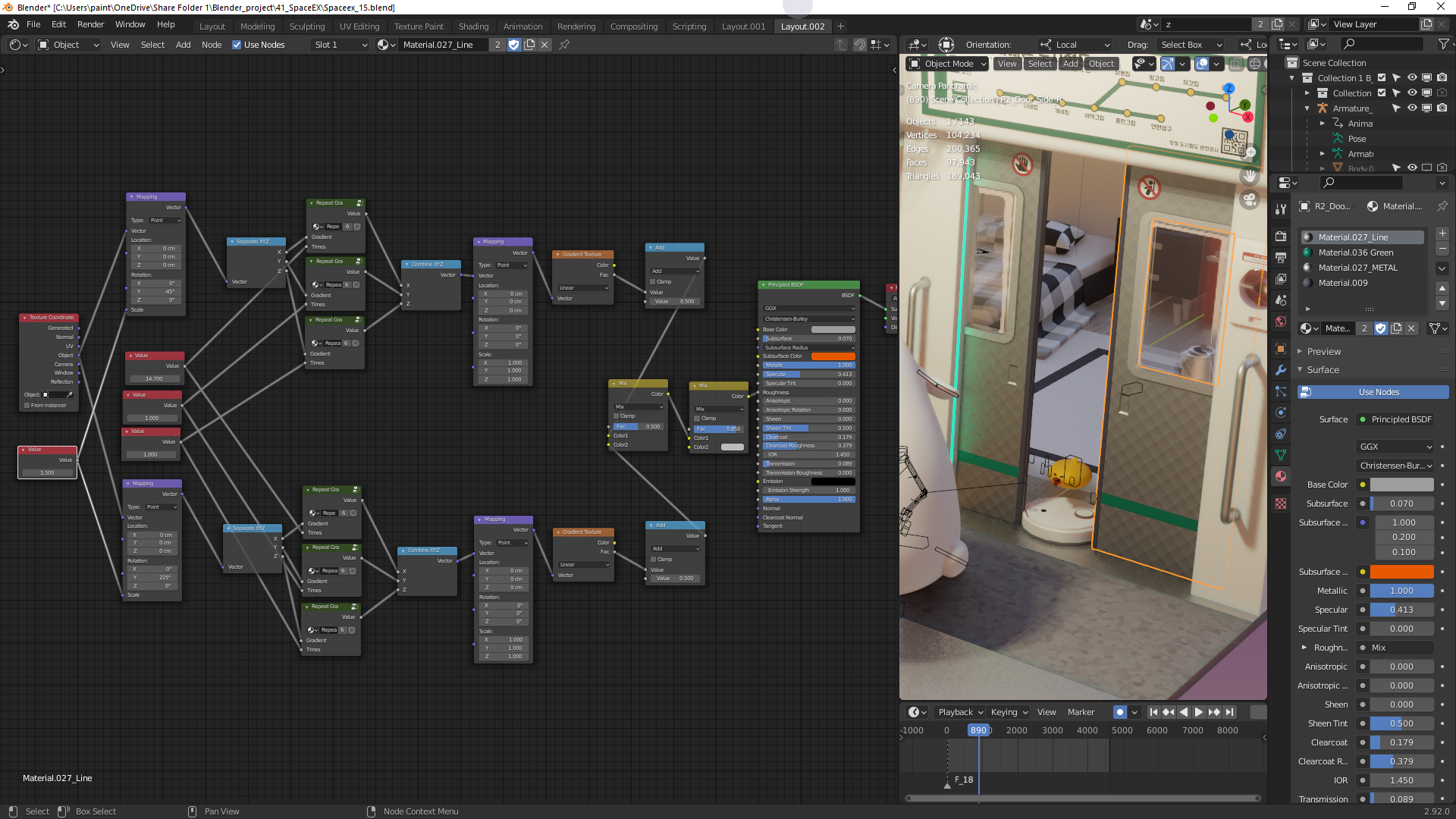 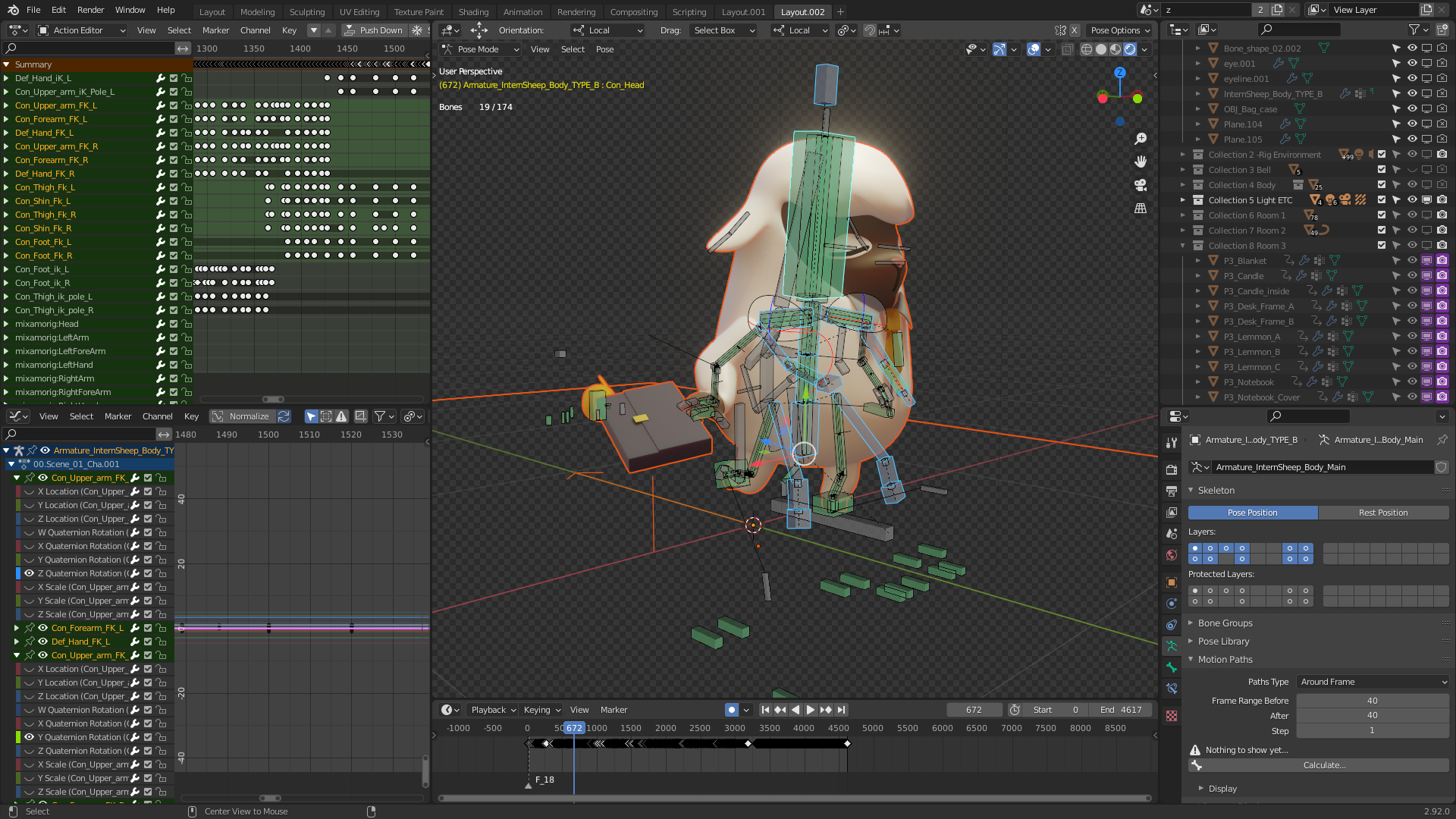 There are several bone structures, all made by me. I didn't use a rigging addon.

Many switches and “drivers” were used.

For CPU performance during animation playback, I made the drivers so that the object would be hidden in the viewport when it was not being rendered. As a result, Blender did not slow down even if the animation was played with an EEVEE render in the viewport. The animations were created manually, pose-by-pose, and were combined with dance animations from Mixamo. 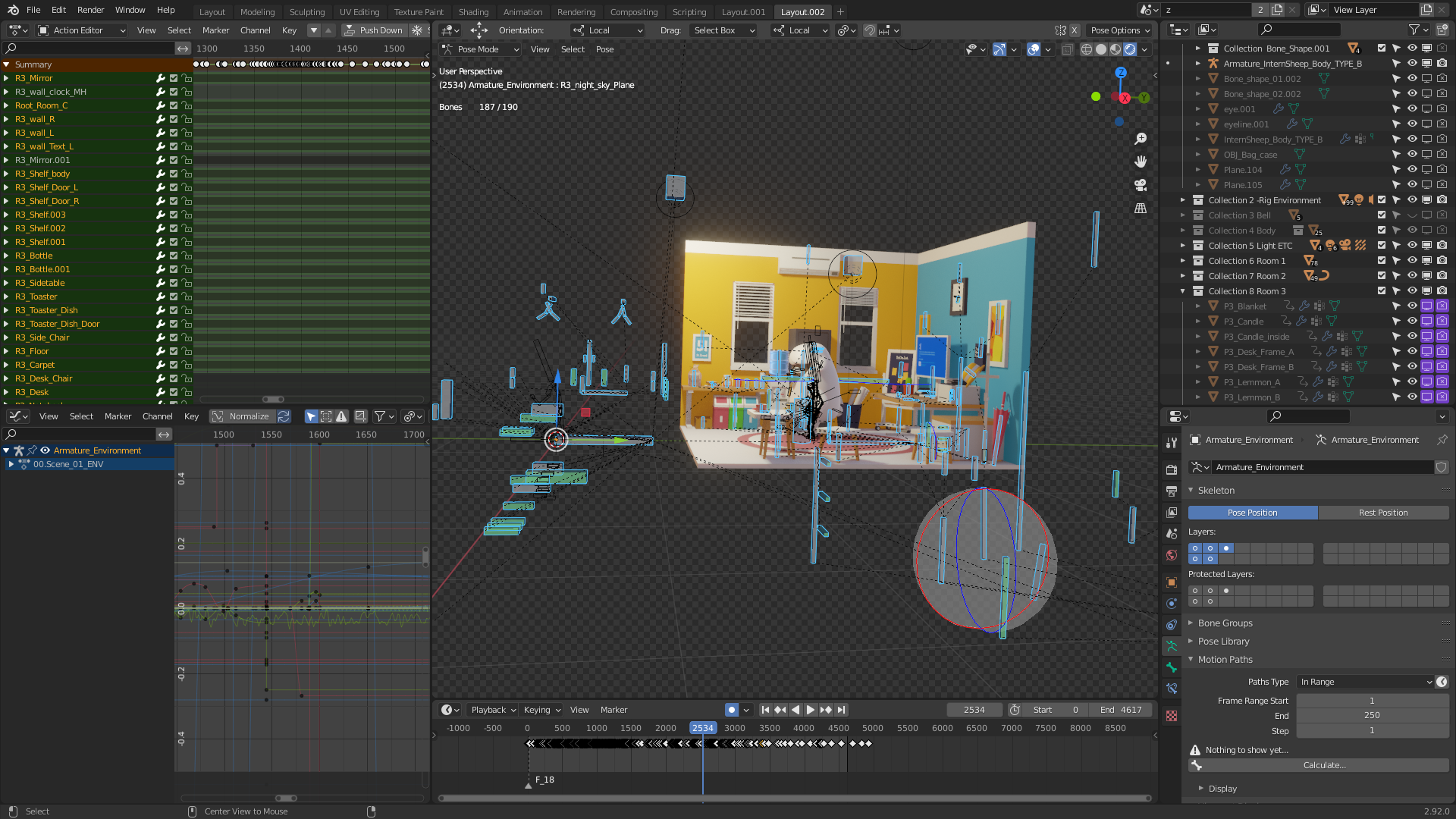 The environment was also rigged like a character and an animation was made. Even the camera and camera lens were connected to the bone using a driver, so the camera was operated by controlling the bone. 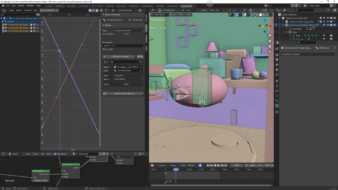 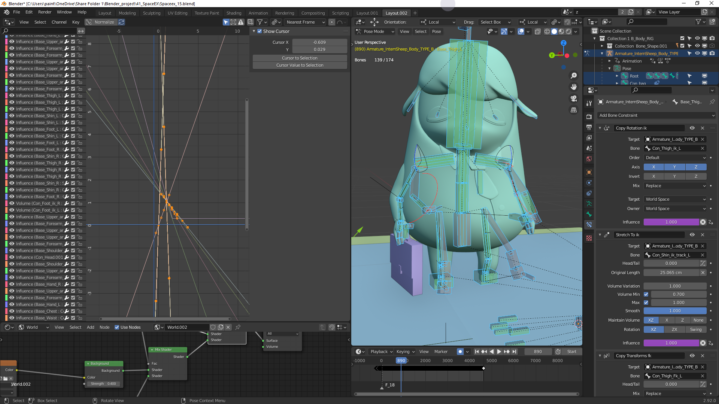 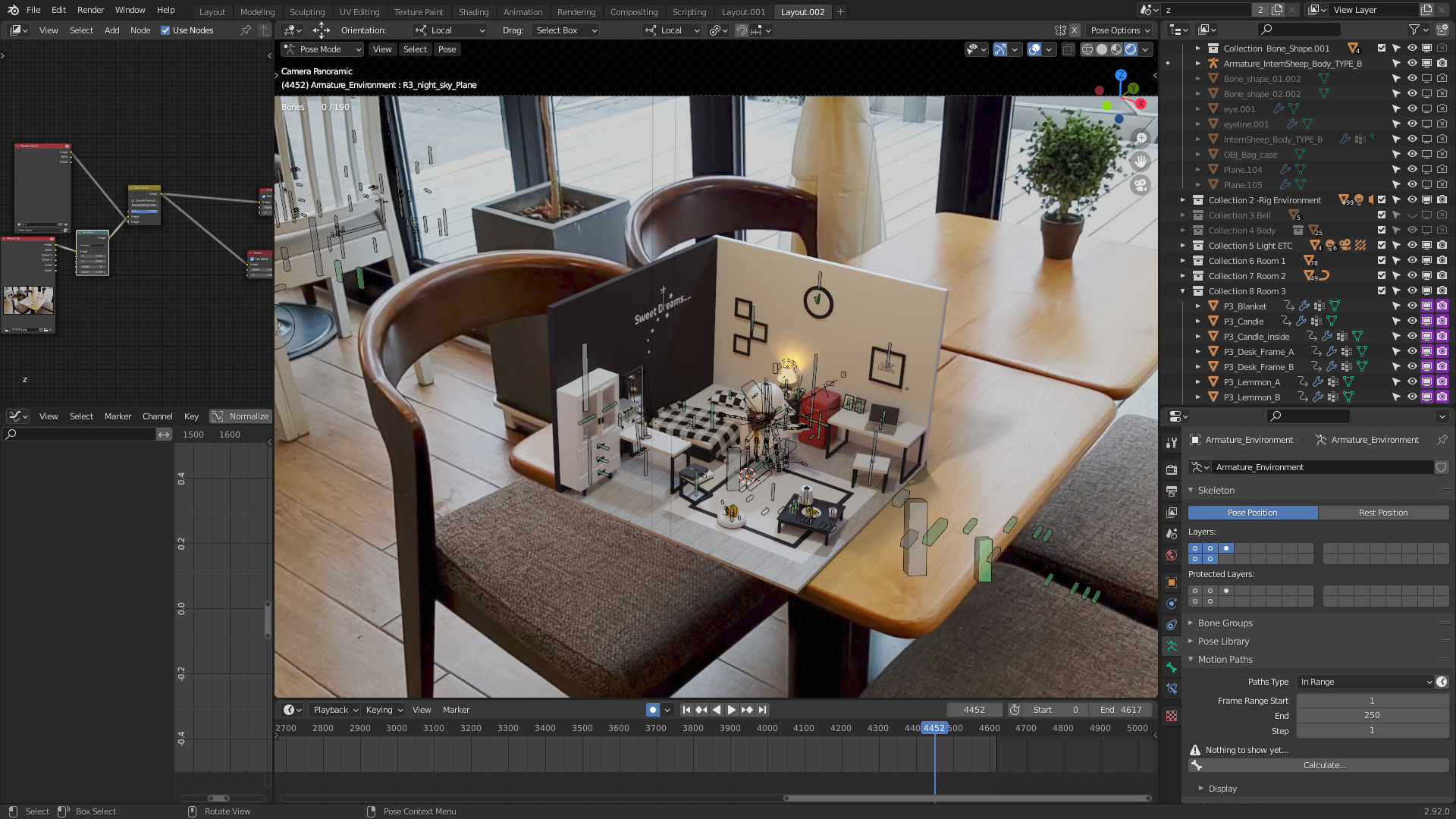 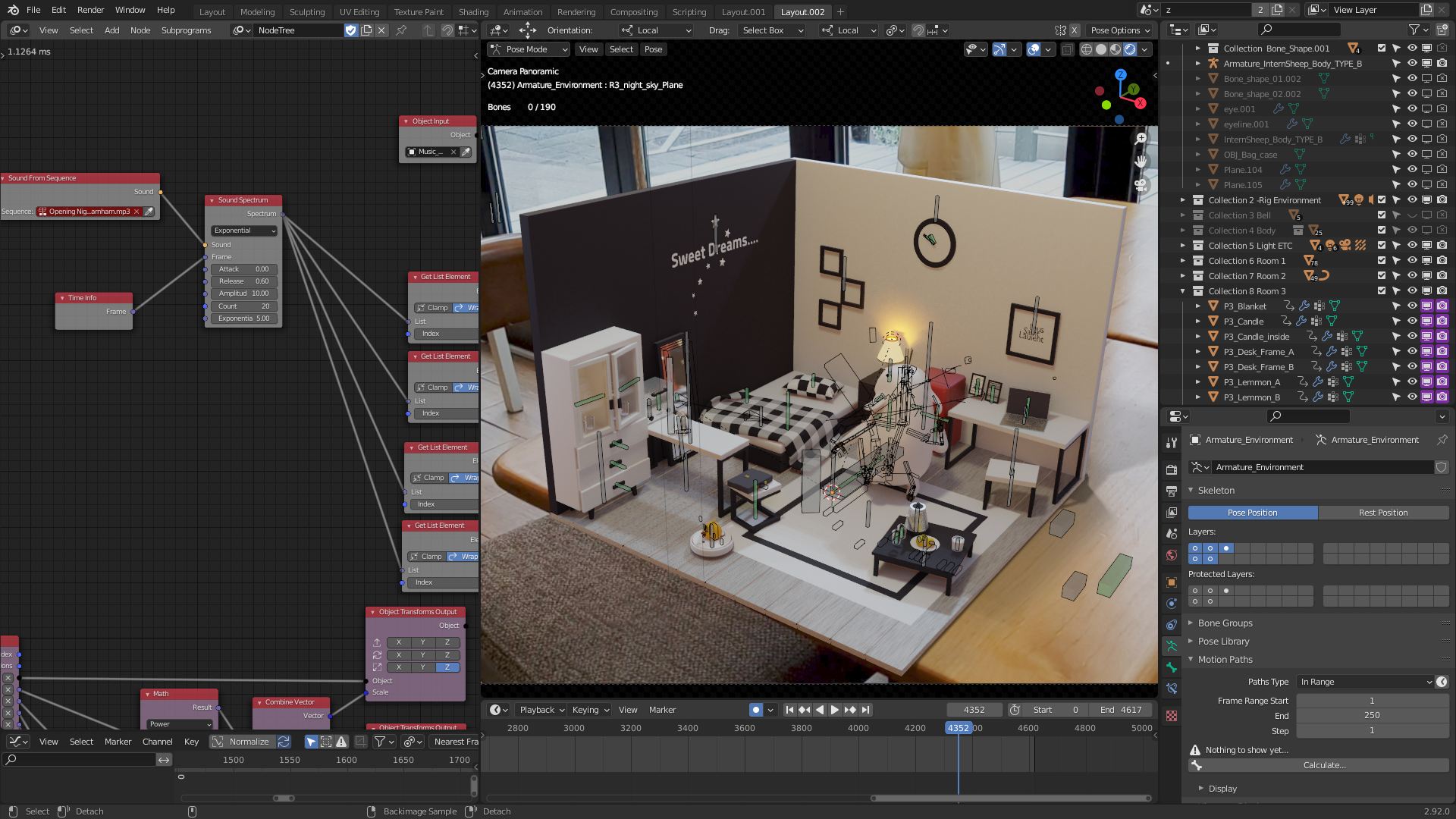 I got the environment to move by interlocking with the sound of the music with the animation node. 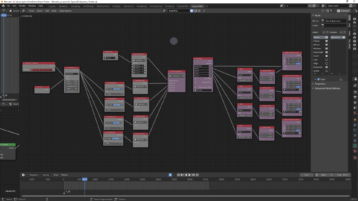 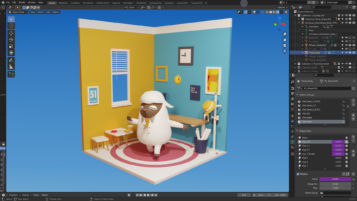 20 years ago, to make animation, there was only one way to get a job at an animation company. Now we have come to an era where one person can create animations using Blender.

I think the future of Blender is very “Shiny And Chrome”. 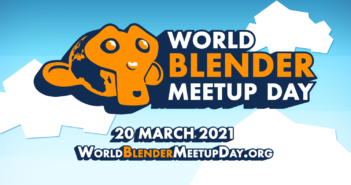