My name is Novak Miler and I have been in the visual effects industry for over 12 years working on commercials, music videos, and print campaigns.  I have a degree in fine art, specializing in painting and sculpture. I started out as a compositor but taught myself 3D whenever I had some free time.

I decided to go freelance in late 2020 and established Post November, based in Johannesburg, South Africa.

A few years into learning Blender, I ventured into creating 3D assets to be sold on TurboSquid.  The first full collection of assets created was a font that is made out of liquid splashes, something that I did not see available on the market at the time. This ‘liquid’ theme carried over into a few other models that I posted on the stock site, including the fish.

As a new business, I want to generate art that is new and specific to my personal taste.  So instead of posting old content on social media, I decided to revisit some of my previous work and reinvent it in an artistic way.

The fish was a simple model that I downloaded and took into Bender to pose and sculpt.  A still image of a splash naturally has movement.  It was important to pose and sculpt this model in a way that emphasized movement, and gave the added splashes a source that they would come from naturally. 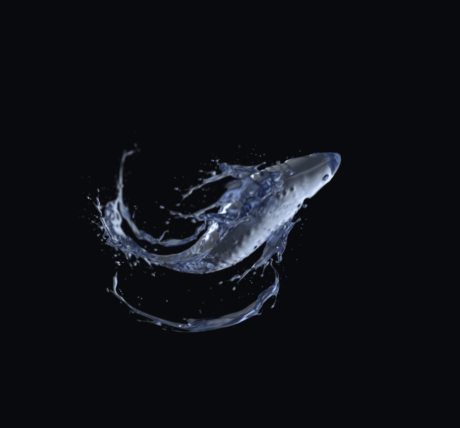 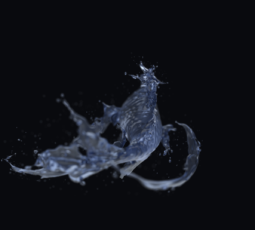 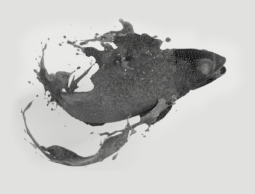 Once happy with the pose and model, I felt that texturing was going to be a big aspect of what made this piece stand out.  A simple glass shader was not going to cut it.  And coming from an art background, paint was the most obvious medium to explore.

Paint has an almost endless amount of texture and tonal variation that can be used to generate bump maps, normal maps and color.  All of these texture applications immediately pushed the artwork into a space that I felt was unique and exciting.  I now had a model that had micro details that could be picked up if the lighting was dramatic enough.  Instead of spending hours and days to sculpt variations in the physical model, the paint texture cut the workload down to mere minutes. 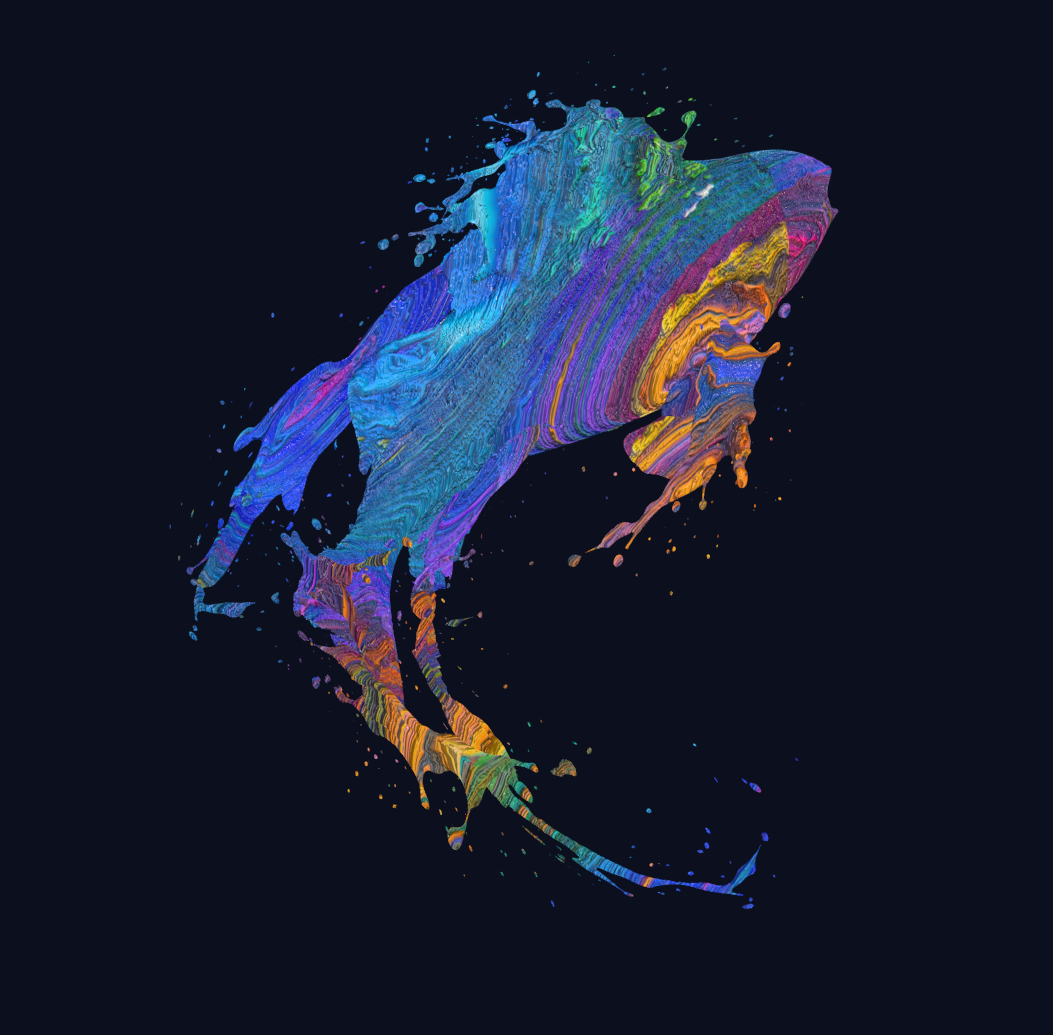 The next phase of this work involved tweaking the shader and lighting of the scene.  There was no guideline to follow.  I simply changed values based on what was aesthetically pleasing to my eye, and I experimented with how the paint texture was being mapped onto the model. 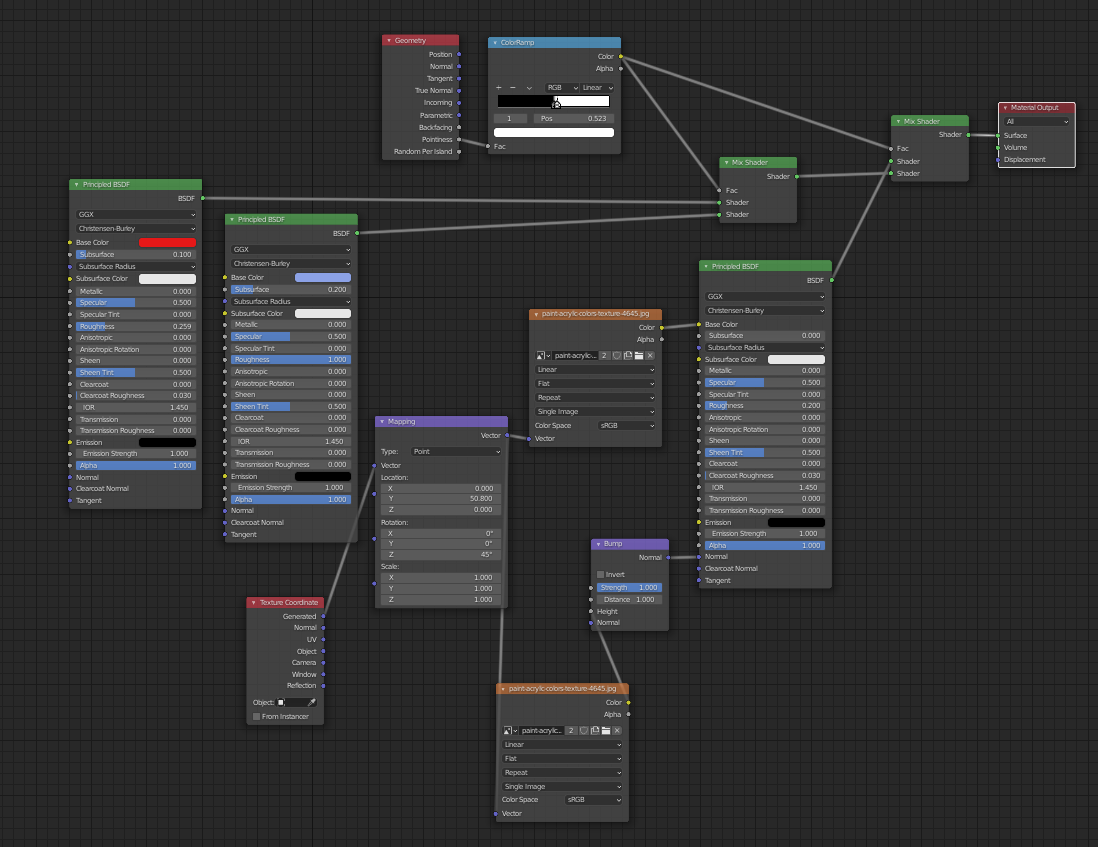 Constantly referencing underwater photography was a big help in determining the look of the fish.  As artists, we need to remind ourselves that we are mimicking the real world and the closer we get to that with our work, the more effective it will be in generating mood and realism. Subsurface scattering in parts of the shader gave the fish a natural and organic feel, something that is apparent in all photos of creatures under the sea.

Lighting was fairly basic.  I used a 3-point lighting system to illuminate the fish. Most of the lighting came from above, as it would in the real world.

The final stage of tweaking this work was to copy the characteristics of what real cameras do.  Blender has a lens distortion node in its compositor.  Slight distortion and chromatic aberration was added to the final render.  The image was then taken into Photoshop where grain, glow and final background tweaks were done. 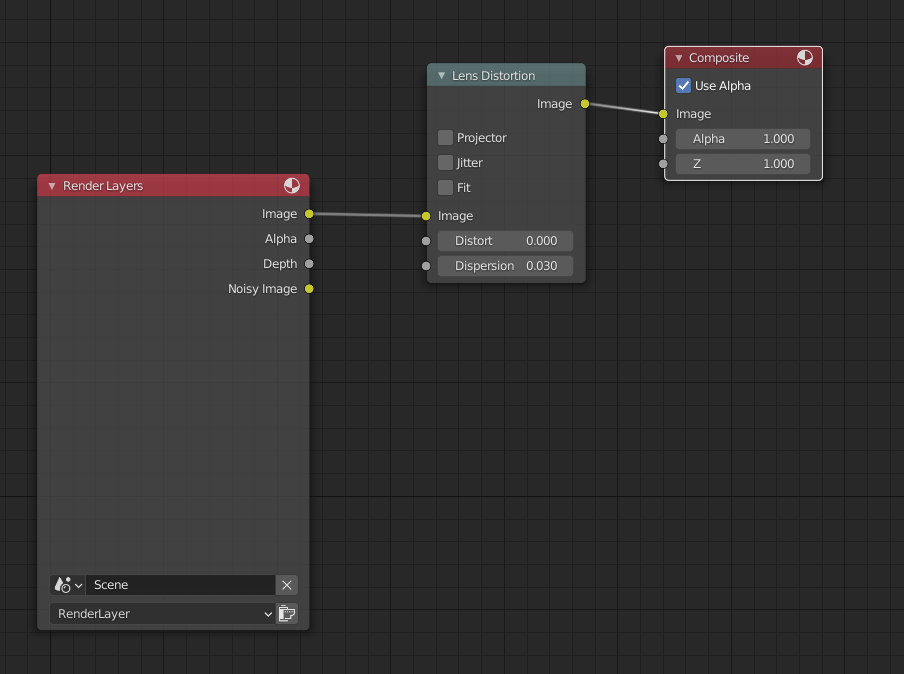 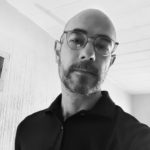 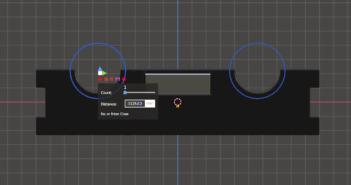 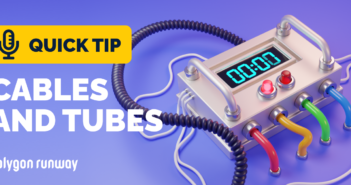 Next Article Cables and Tubes Tutorial