Hi, my name is Maria Grazia Di Giovannantonio and I am a 3D artist and an architect. I studied architecture at the Federico II University of Naples (Italy) and then I attended the “MI-HERITAGE” (Multimedia Interactive Heritage) master’s program at the Iuav in Venice (Italy). My love for 3D began in 2018 when I started an internship at Digital Lighthouse, a company in Potenza (Italy) and I got to know many artists who taught me wonderful things. I have been working at this company ever since.

The creation of the Emporio Armani watch model represents a personal experiment, the goal of which is to achieve as much realism as possible in final renderings. So, one day I picked a watch I liked and made it. 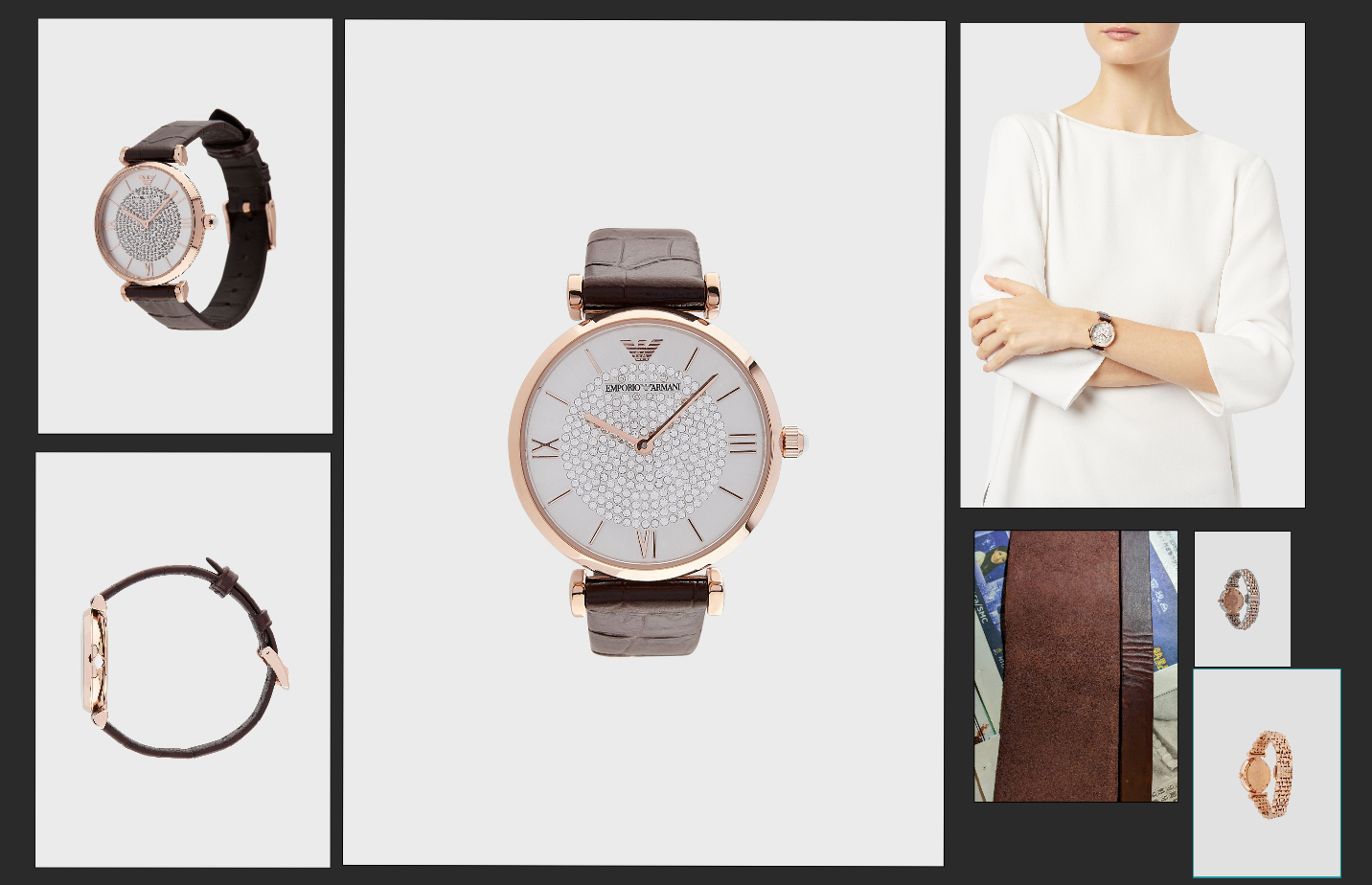 For the realization of this 3D model, I used only Blender 2.91. The model is done in Blender, the textures are mainly procedural, except the leather texture for which I used a seamless texture, and the renderings were done in Blender with Cycles. The 3D model was created on the basis of the references.

For the modeling, the most complex part was the realization of the strap. The first step was modeling the overall shape. Next, using mainly the crease brush, I sculpted the details of the leather, the wrinkles and folds of the strap and the holes. In this way, the geometry of the strap became more detailed and heavier than the rest of the model.

Once I reached the level of detail necessary to give the strap realism, I used a "simple deform" which allowed me to fold and close the strap in the position I wanted, as if it were around the wrist. I have not applied the deformer in question so that I can return the strap to its initial position if I ever need it. 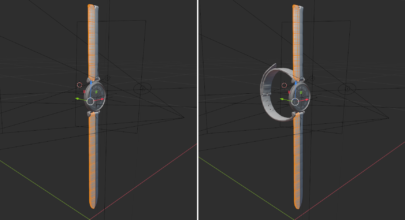 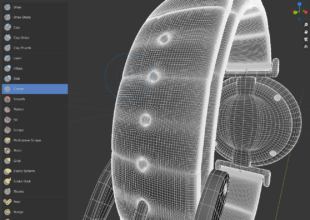 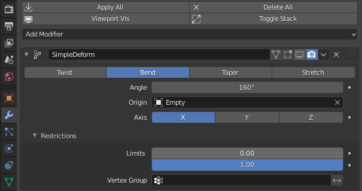 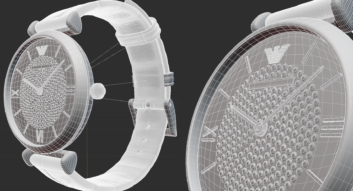 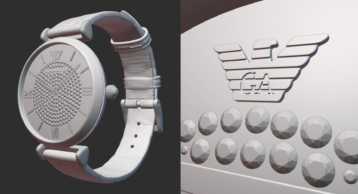 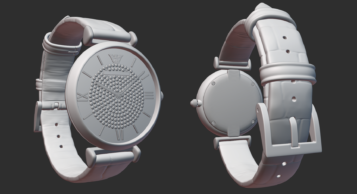 For the textures of the outer leather of the strap, I used a seamless texture as a base and mixed it with a noise texture. The inner leather, however, featured the "Emporio Armani" logo, which was created using a Displacement node. The node in the image below represents the internal texture of the strap with the Emporio Armani logo. 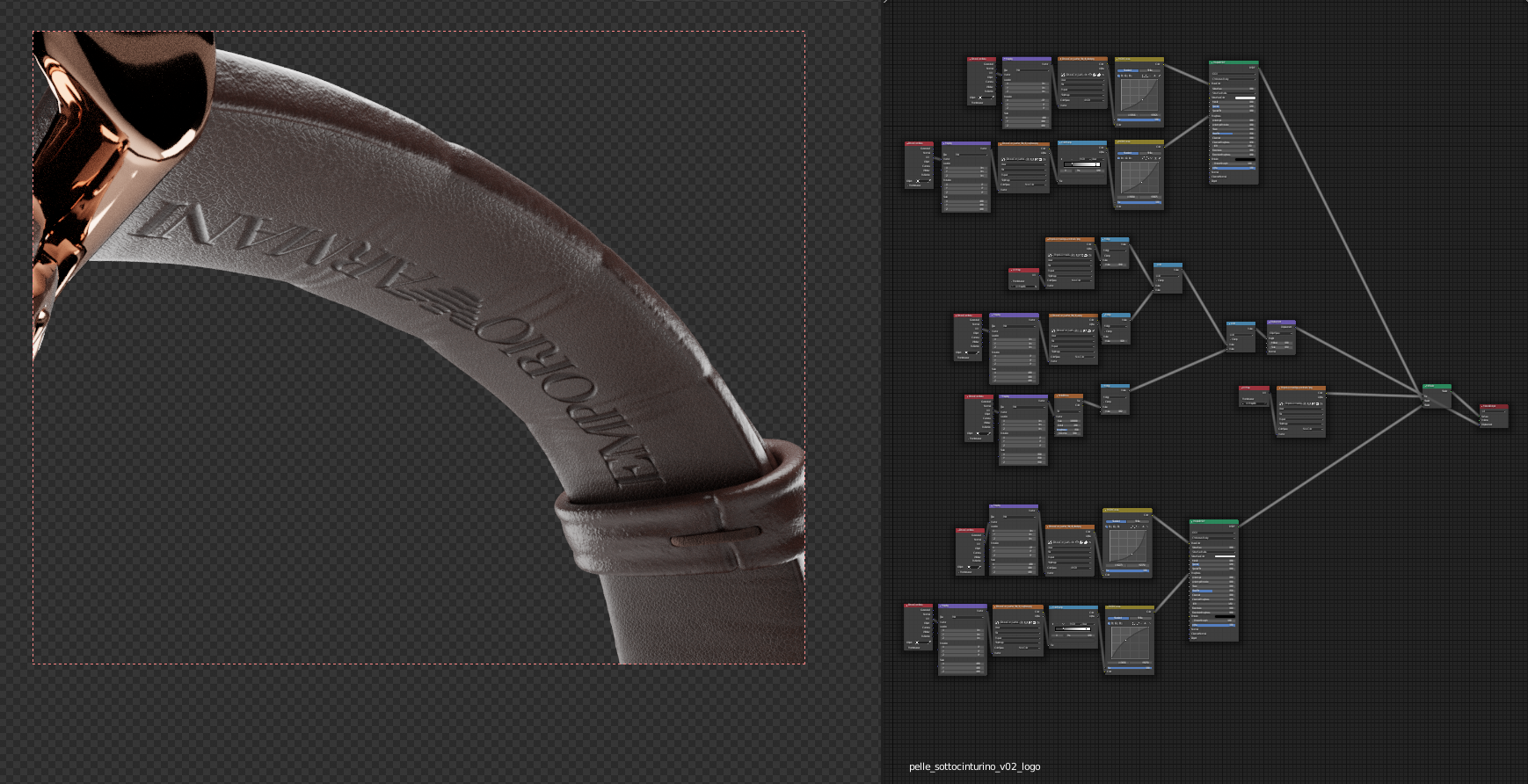 The rendering was done in Cycles, using 1000 samples and without Denoising, which would have made me lose some details in the final images. For the final renders, my desire was to create almost photographic images, so I tried to reproduce the photographic studio lighting. To do this, I illuminated the object with two area lights from the back so as to contrast it with the background, and I added a key light almost exactly in front of the watch glass in order to capture the reflections of the gold and diamonds. Finally, I added a light from above that filled in the shadowed parts and lightened the image, which was rather dark. The result is obviously the result of various tests and experiments that have taken place over time on other models as well. The final renders were made with a transparent background; a background was added later in Photoshop. 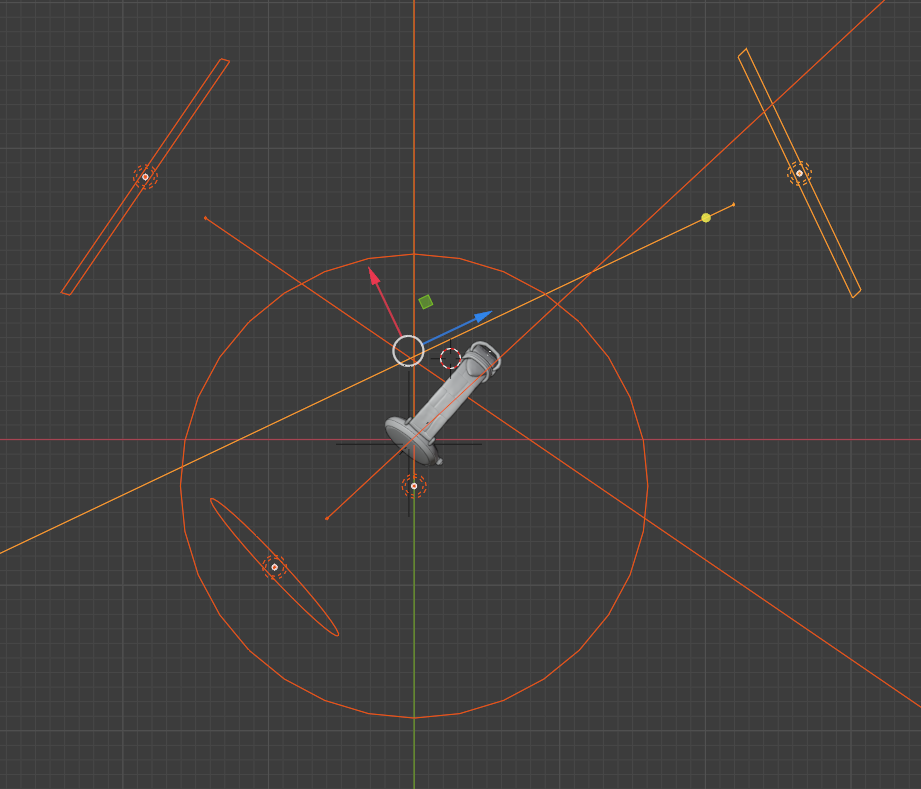 And the end result was like this! I hope you enjoyed it and if you have any questions you can message me on Instagram or my ArtStation. 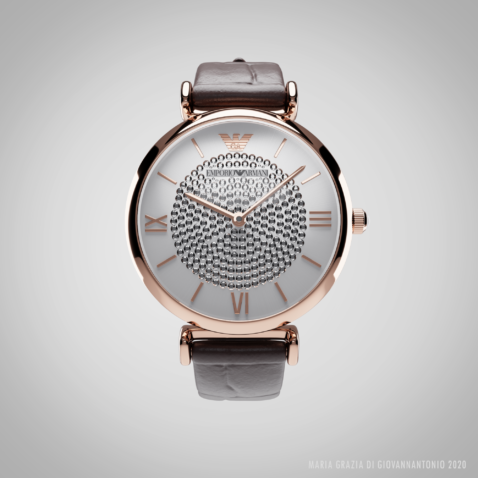 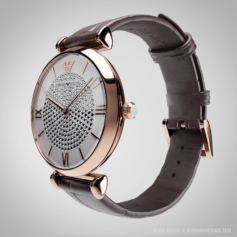 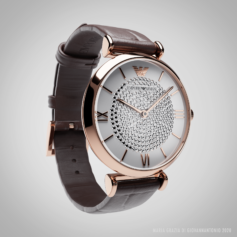 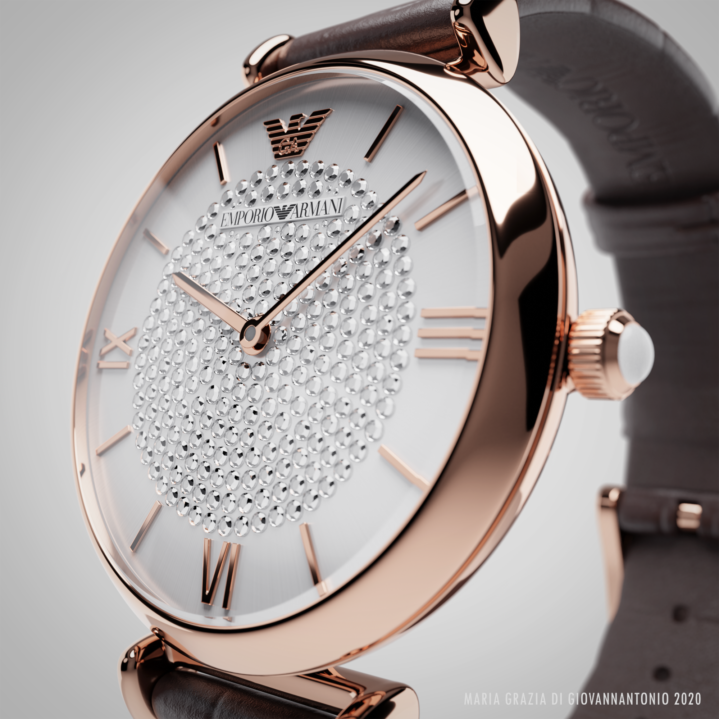 Thank you and see you next time! 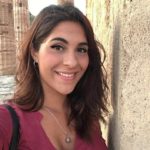 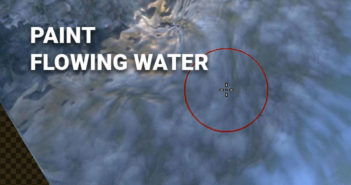 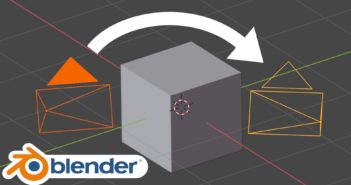