Ello! I’m Matt and I'm an aspiring 3D artist/filmmaker from Scotland mainly specialised in hard surface work but slowly moving towards a broader range of content with both organic and more story-driven pieces.

I initially started out in a more technical code background but pivoted on a whim to art. I’ve been learning 3D and art really as a whole for only the past 4 years. I initially started out in Maya for the basics of modelling, then moved to 3ds Max and, finally, to Blender, which has become my main modelling suite for the past year or so, for both university work and more ambitious personal endeavours.

When I first started out in 3D, I’d wanted to create a wartime scene like what you see in old films and early FPS games that I'd played over the years, almost purely just to see if I could do it. At the time, my technical ability wasn’t even close to be able to make what I had envisaged but last year felt like a good chance to finally give it a go as part of one of the more “open brief” university modules.

As the centerpiece of the scene, I ended up choosing the Westland Lysander Mk.III, which is a stocky spy plane made by the British in the early years of WW2 to deposit and collect spies from France. For the original project, this scene included a CG pilot combined with composited footage of a real person over an animated CG ocean as part of a test for short film creation. I ended up making all this and eventually decided to reconfigure the plane as its own standalone, real-time piece.

To create the plane’s main metallic body, which is all one piece as it is on the real vehicle, I started out with the main outer shell of the plane using a mix of base primitive cylinders and cubes alongside planar modelling techniques. Then, when I moved on to the other main shapes in the wings and landing struts, all the geometry was simple, with several subdivision levels, many pieces of which I would later replace with topologically cleaner versions. 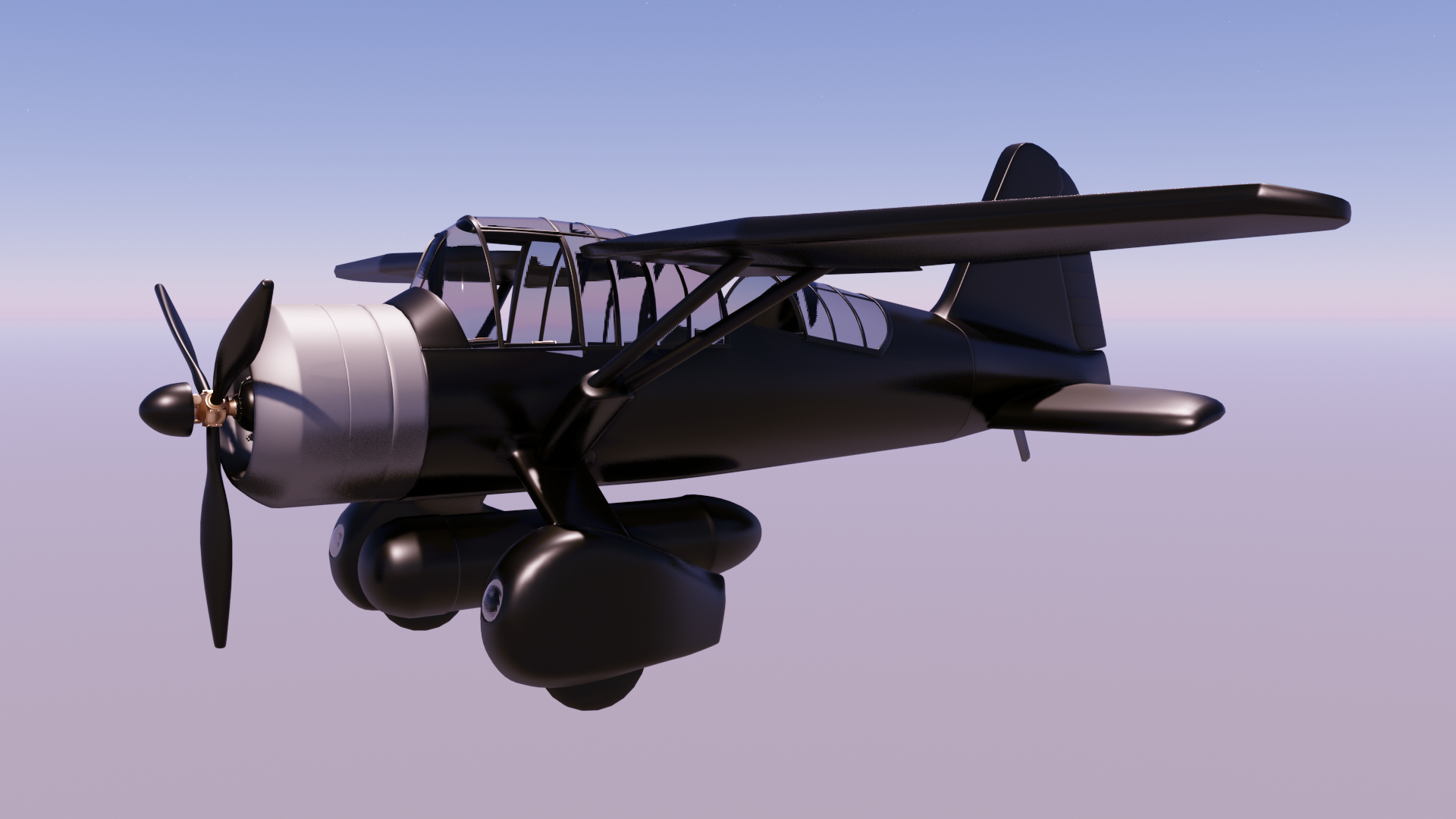 The next and probably the most dense piece (geometry-wise) was the engine. 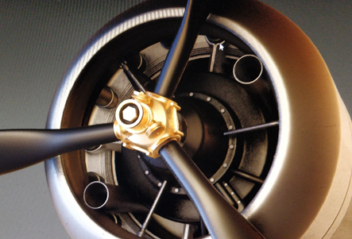 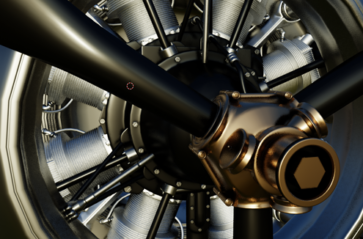 As with most hard surface pieces, I found that the easiest way to tackle these was to break them down into their component parts with almost everything being made out of a curve, cylinder, or cube. The engine itself is a radial form, so using symmetry to build up the different model depths in front of each other was the only method that made sense. In the end, this method proved to be a speedy solution to making an object like this.

The final engine that sits within the engine housing, with some slight tweaks, could be fully removed as a standalone model with almost every piece of the real engine recreated as it is in real life. The propellers are also split from the engine itself, which was done to easily animate them in the original VFX version of the project. 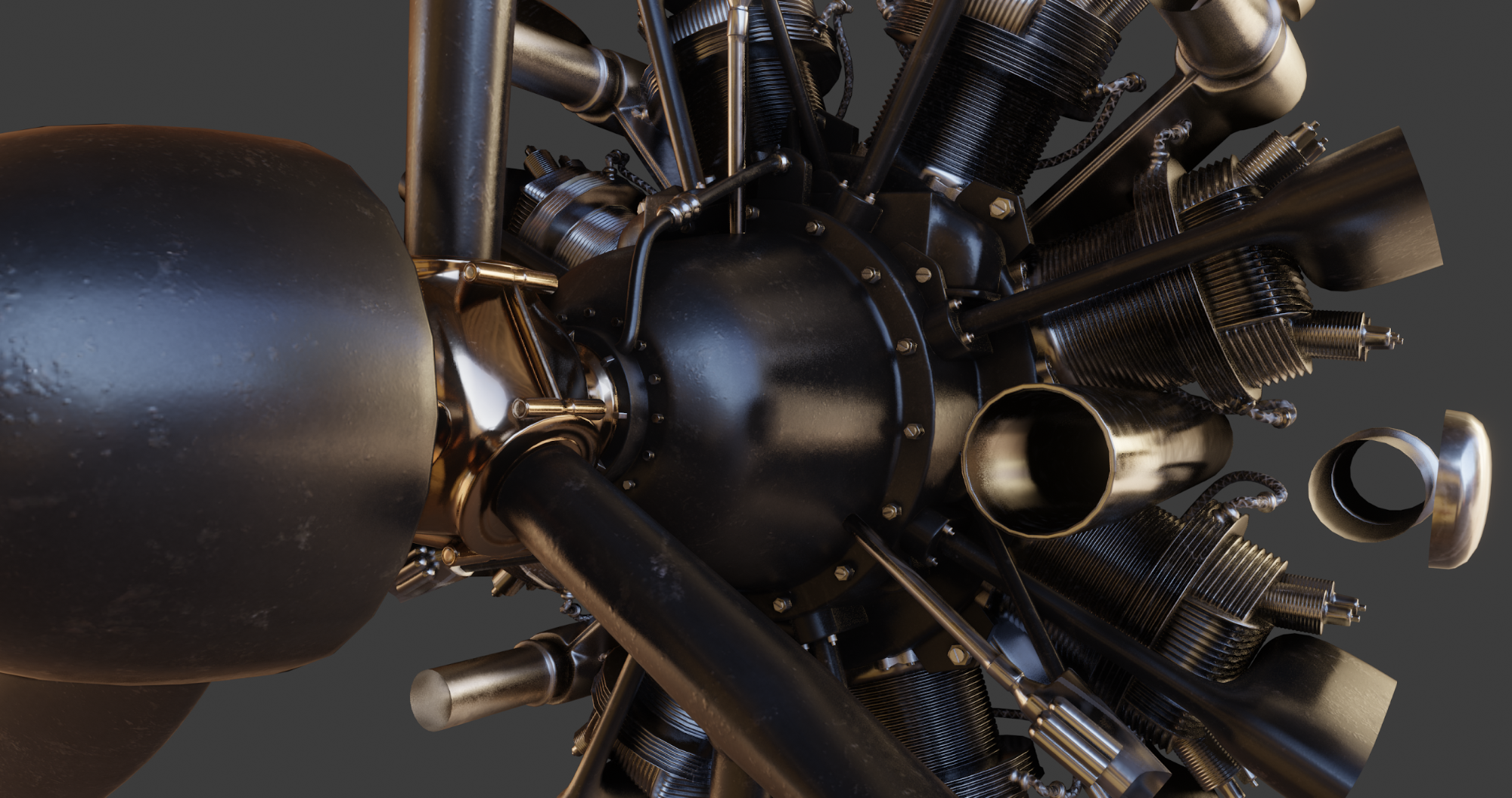 The rest of the exterior pieces are fairly simple objects, with the wheels, ladder, and long-range fuel tank all being slightly adjusted primitive objects overlapping one another. For real-time use, they were cut down in polycount to something more usable. 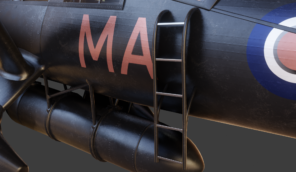 The exterior has somewhat decimated geometry, with many parts re-created or optimised by manually reducing loop counts. But this geometry could be optimised even further by moving more geometric detail from the wings and landing struts to be baked into normal map data in Substance Painter.

The last part I finalised was the interior, which was by far the most detailed and troublesome to create mainly due to the lack of reference of this particular model of plane. With museums closed and very few surviving examples of this plane remaining, it was a significant challenge to pull it together.

The cockpit is a mishmash of the numerous references for different variants of this plane, joined into something more final and complete. There are, however, little pieces removed on the underside to prevent detail overload and visual noise from overwhelming the scene. The dashboard dials were particularly difficult mainly due to lack of reference, the need for them to be animatable, and some of them being angled away from the dash. 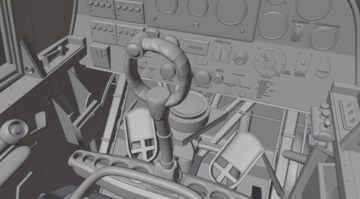 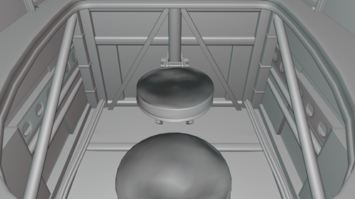 I had the same lack-of-reference issue across the entire interior, which took longer than the exterior and could have been improved detail-wise with some more up-close reference images from more angles.

The plane came to life with textures, all of which were made in Substance Painter/Substance Designer, the perfect tools for real-time asset creation. To save time on personal projects, I usually bring the whole asset into Substance at once, although with assets of this size performance issues after baking can occur if your computer doesn’t have enough memory for it.

The plane itself has many texture sets that, depending on your usage, could be reduced to only a few if you know in advance which parts will be seen and from what angle, using some overlapping material tricks to reduce memory usage and pack in more detail.

However, for myself, after using various layered smart materials, I export them all out and generally keep it simple, almost always using the custom Substance export maps, occasionally tweaking with RGB curves where needed for slight adjustments. 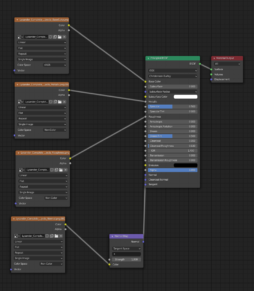 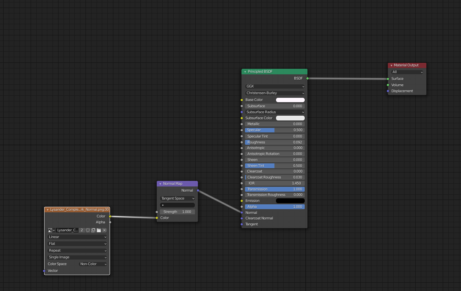 The final plane turned out fairly well having been rendered entirely in Blender using the real-time renderer, EEVEE. As this was for real-time use, with potential for export to Unreal Engine, I ended up making the whole environment that it’s placed in, instead of relying solely on an HDRI. The full barn was an optimised real-time asset filled with lots of little instanced assets that I had made (tools, drills, and cloth from the same time period as the plane). The only non-custom asset in the scene is the ground texture from Google; it was initially a placeholder texture that didn’t end up getting replaced due to the background being blurred away or simply not visible in renders. 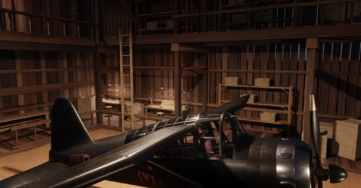 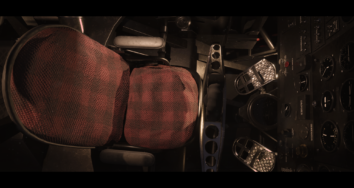 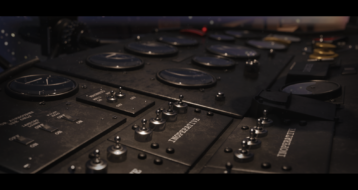 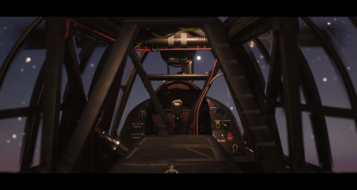 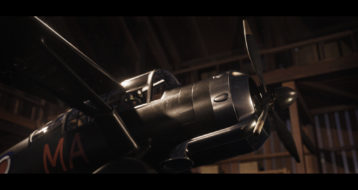 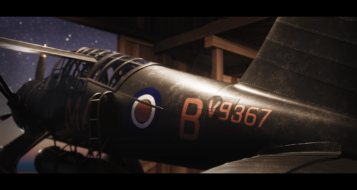 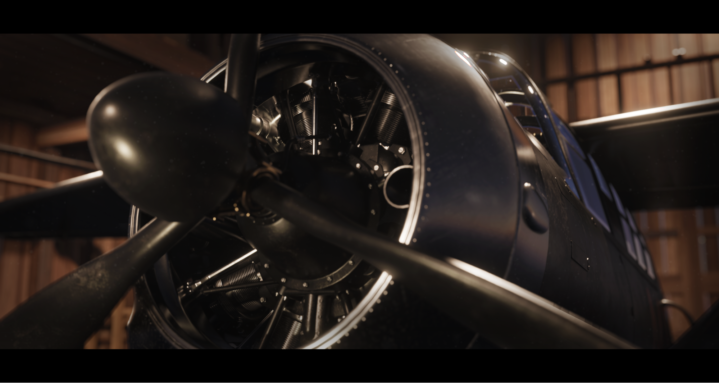 Overall, I think the project was a success for what I wanted to try in terms of attempting a more complex vehicle (interior and exterior) with most parts being movable and functioning in real-time. I’ve been developing more complex engine work in terms of space and rocket assets using the techniques that I learned from this plane project. I hope to start putting together more complex and expansive work in the future.

The main takeaways from this that may be helpful are really to have A LOT of references of every angle and of pieces that you might not think you even need, down to the bolts and rivets. And, virtually every hard surface model—no matter how dense—can realistically be made of a cylinder, cube, curve, or a combination of the three. 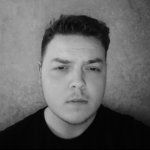 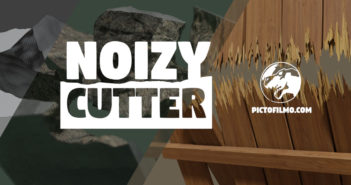 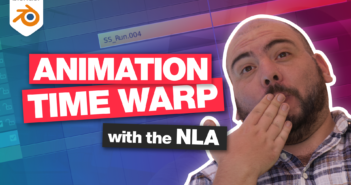 Next Article Create Animation Time Warps with the NLA