I’m Larry Weiner from Bainbridge Island, Washington (originally LA). I’ve been an advertising art director for 20 years and a mixed media artist for 10. I started my career in film as a lighting gaffer - which would be a big help later when I learned Blender. I’m also a photographer, which was integral in my mixed media art (and Photoshop learning). But then the pandemic hit, and I couldn’t go shoot buildings - so I decided to create them, which is how I ended up spending the past year teaching myself Blender.

I’d had no experience with 3D but found the learning curve pretty easy once I learned to not be freaked out about the nodes system and discovered how much photography knowledge was used in Blender’s camera. I also discovered that any effect you want can pretty much be found on YouTube and, of course, this website.

I’d amassed a huge photo file of architecture that I’d burned through in the last decade. I’d also been studying digital matte painting and realized I was tired of shooting things then manipulating them in Photoshop. I wanted to make architecture of my own (mostly) creation AND have the freedom to “shoot” them from any angle and time of day.

I had the idea of inner-city buildings isolated in the middle of nowhere and that’s where this image came from. I employed what I consider basic techniques, such as creating textured walls and extruding portions of a photograph, to create my buildings. 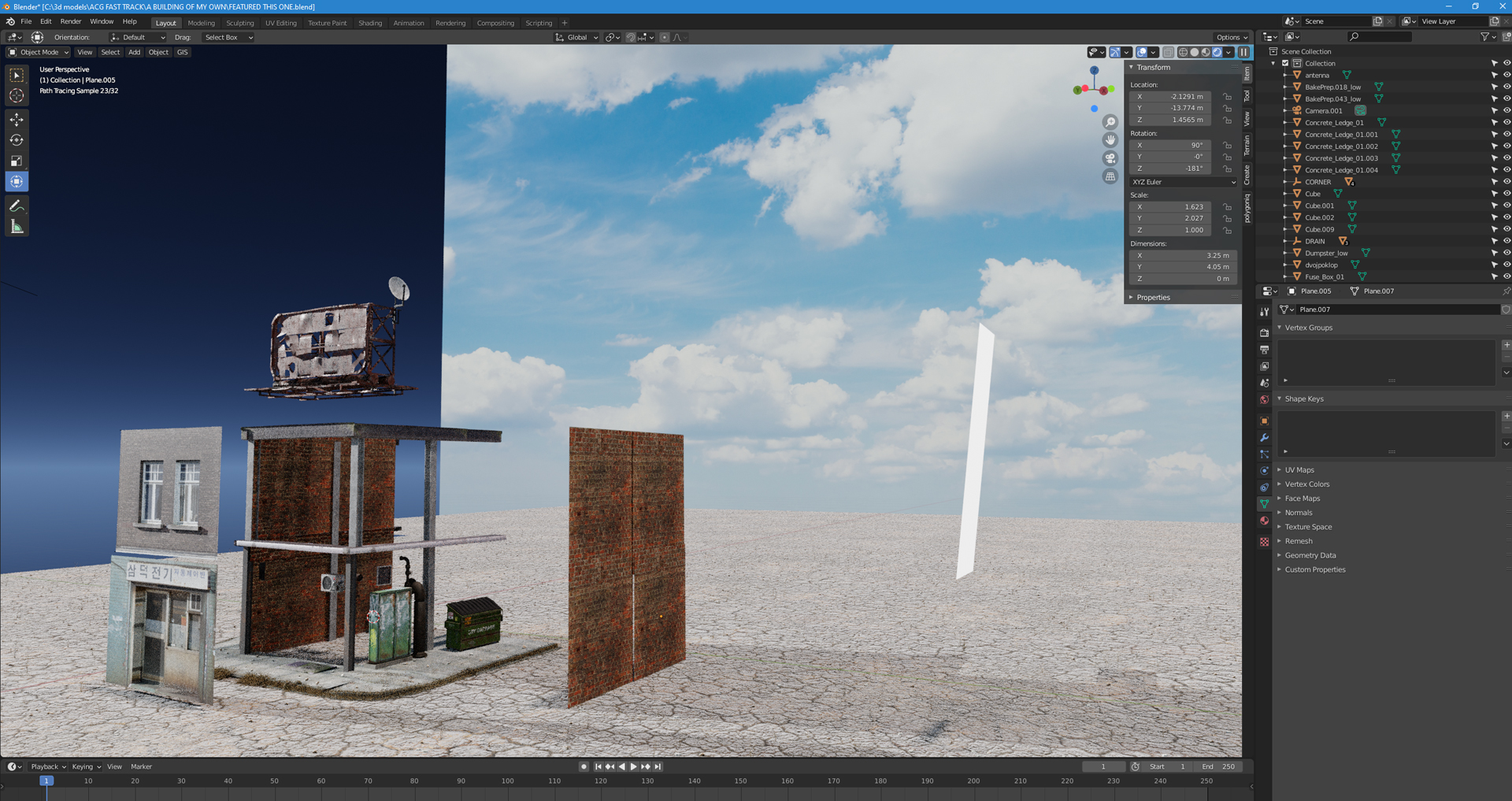 I used the True Terrain add-on as well as Sketchfab for things such as the billboard, dumpster, and utilities box. 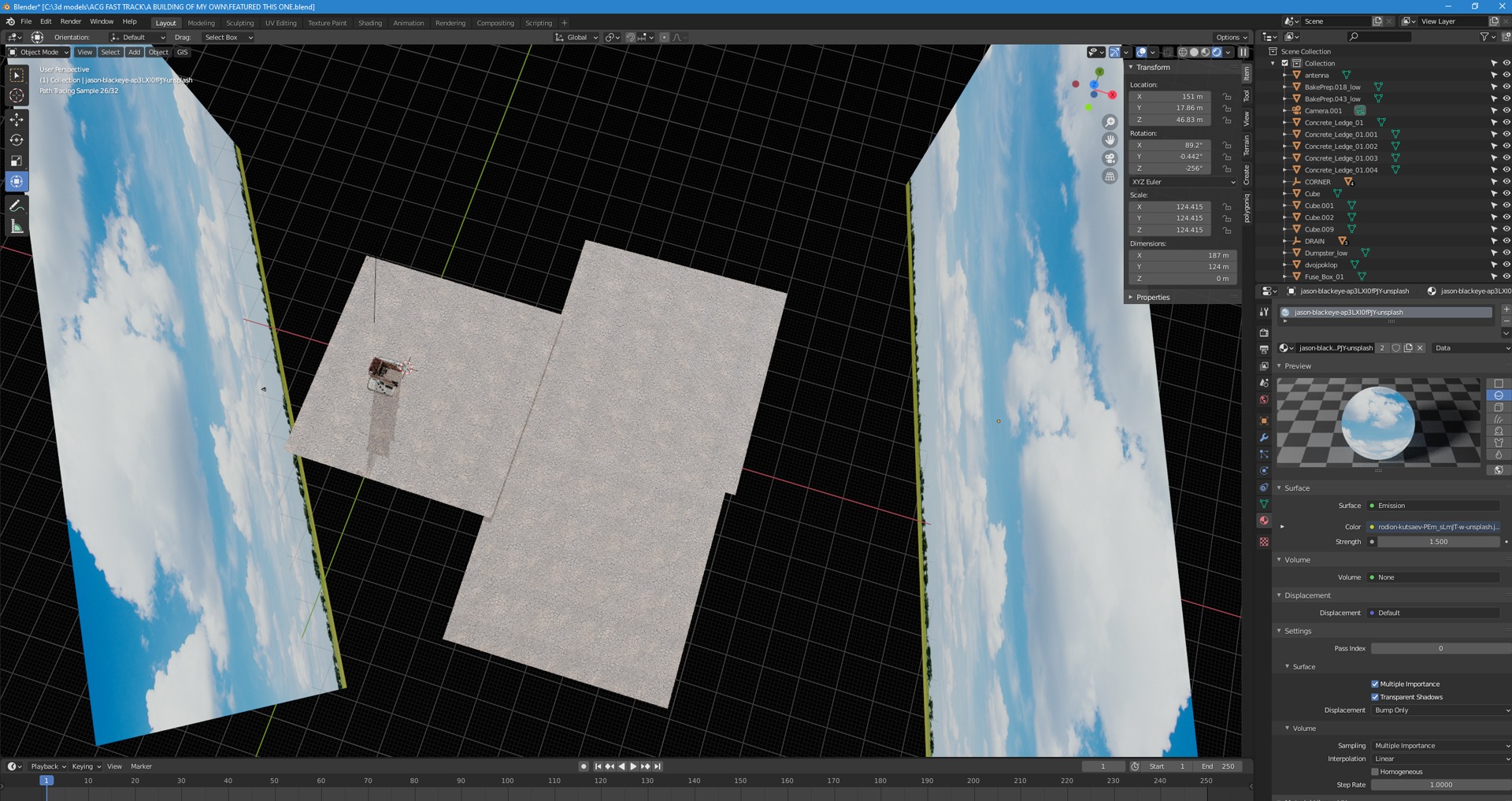 Lighting is important to me. I’ve had the opportunity to study under Oscar-winning cinematographer Vimos Zsigmond (Close Encounters of the Third Kind) who stressed simplicity.

For this setup, I used the sky texture Nishita background, one sunlight lamp, and a flat mesh emission surface node as a fill light positioned just out of frame. The background images of clouds are set to emission to create soft even fill light, as well. I’m not a big fan of HDRI backgrounds as they limit the way I focus light. By using the image plane as both a graphic and light source, I have much more control. 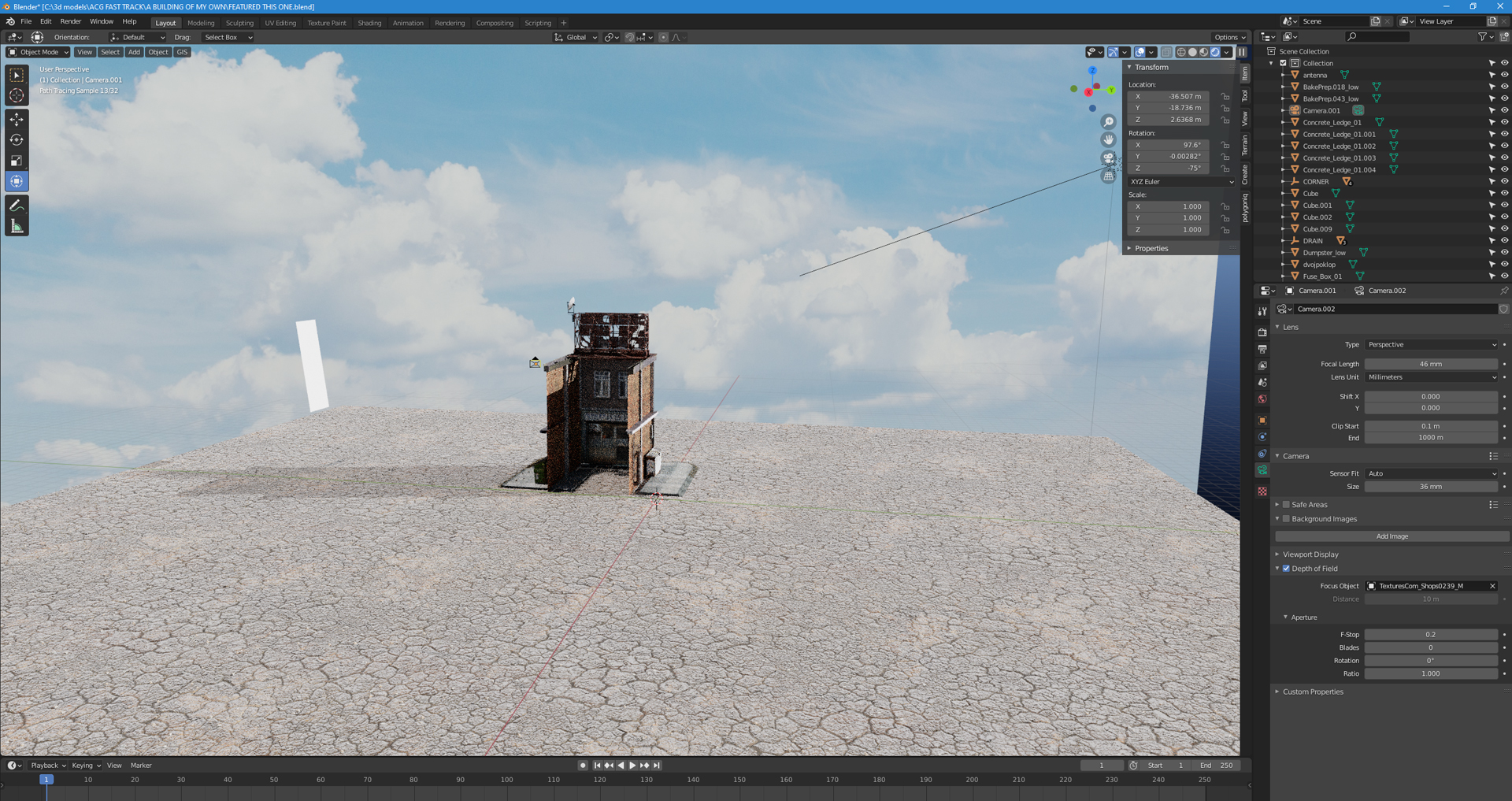 I think Blender’s camera is fantastic. It’s pretty close to the real thing and I love the way it plays with depth of field and lens size. For this shot, I used a 46mm focal length on a 36mm lens. The F-stop is 0.2 and I set the depth of field target on the facade sign at 10m. 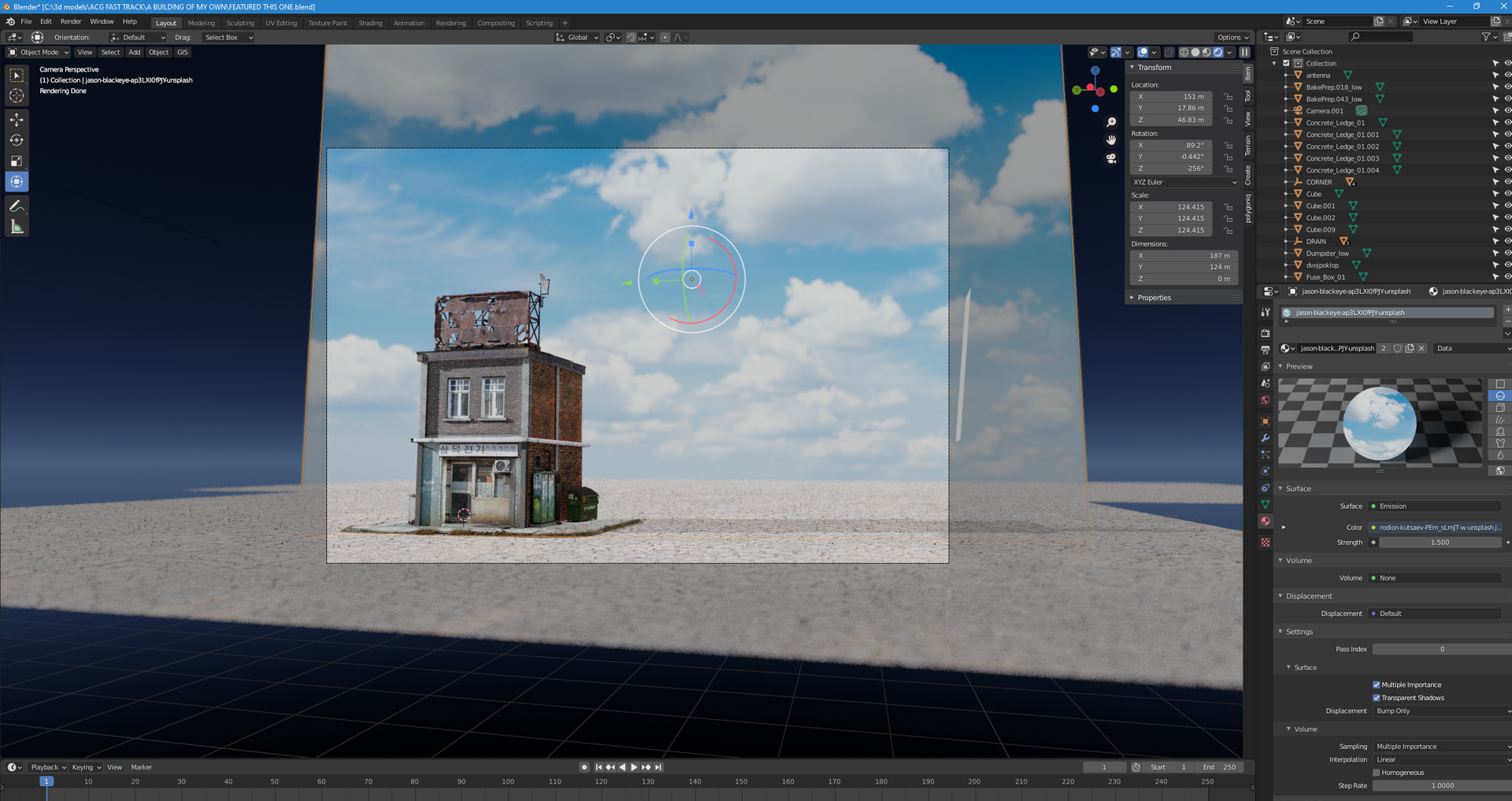 Once I compose the image, I do a basic render with the denoise node in compositing. From there I open the file (a TIFF) in Photoshop and begin what I call post-production. Here I’ll make color corrections using the raw camera filter, add density using dust brushes, and add cracks and blemishes with brushes, as well.

I place the raw image over my other art file, which I created in Photoshop—in this case, an aged map—and blend using a variety of watercolor brushes. 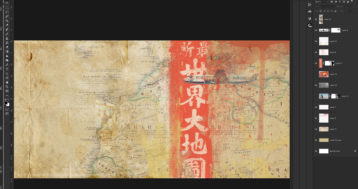 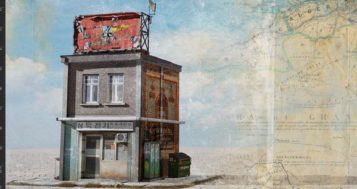 I also add art to the billboard and the side of the building. Then I add texture to the building scene. In the future, I’ll probably incorporate Substance Painter to handle the texturing. But for now it’s just Blender with plug-ins and Photoshop. 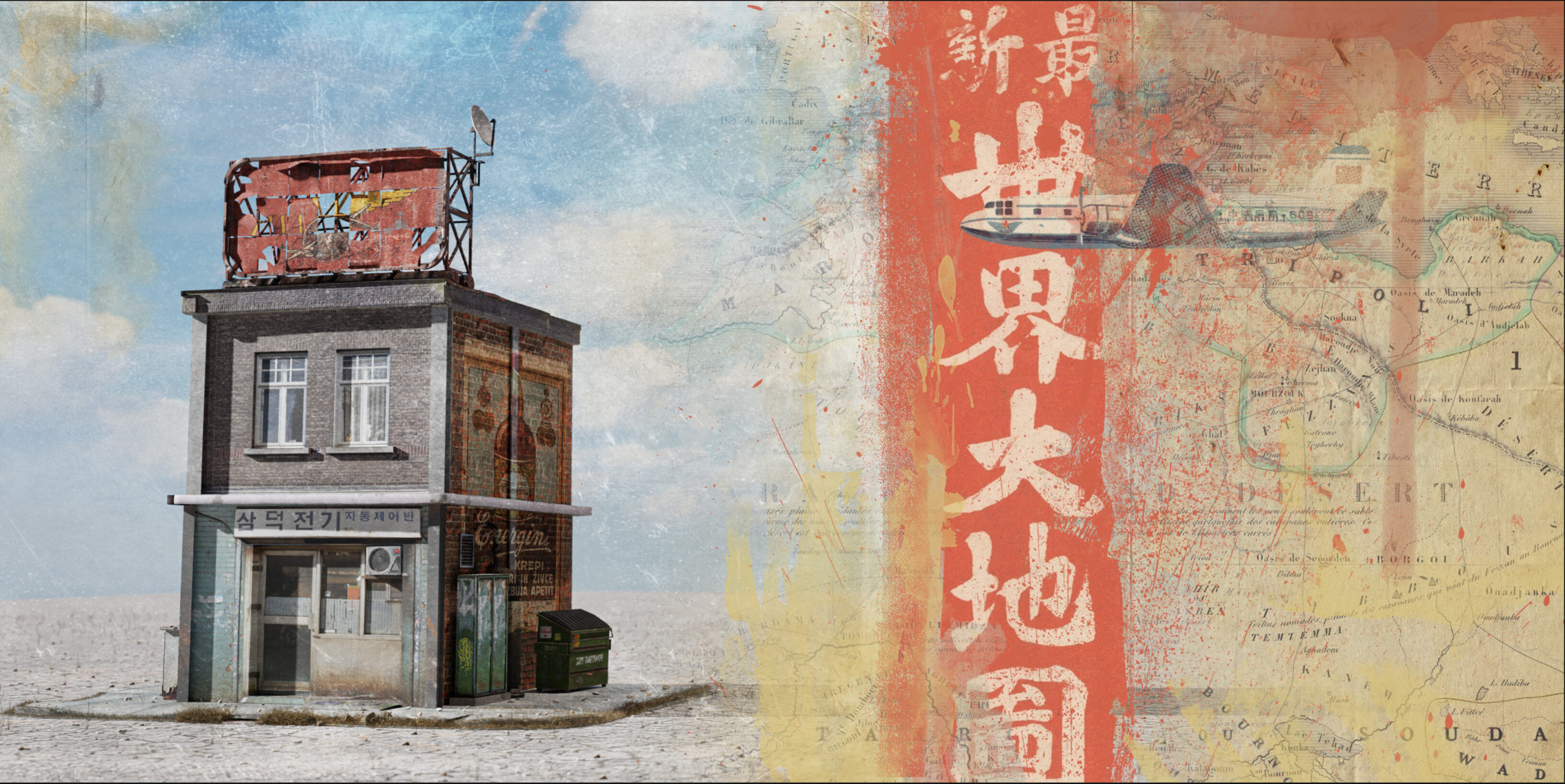 There’s another step to this in which I print out the piece, coat it with gel and create a color “gel skin transfer” which I place on cradled wood board and embellish with acrylics. That satisfies my need to have something in my hands. 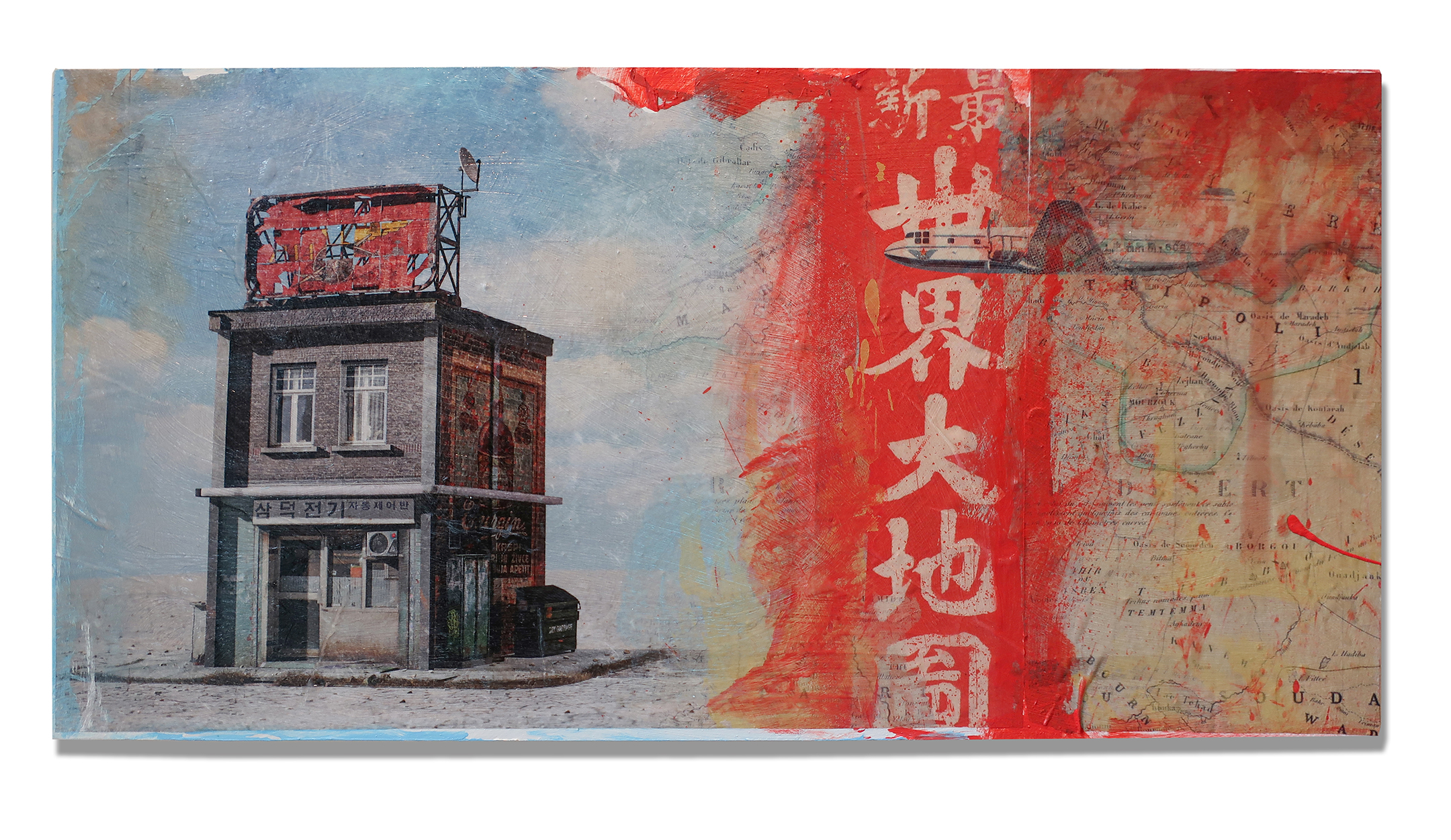 The finished wood and acrylic piece. 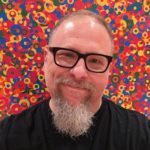 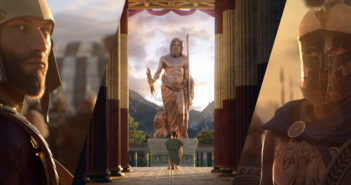 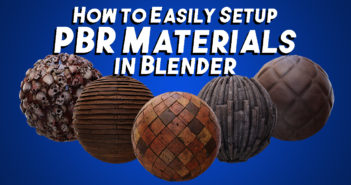