Creating a short film in has been a dream of mine for a long time. Projects started and faded away without much progress. The film you see above was made in less than 10 hours, in an effort to teach my students how to go about making their first film.

The first stage was creating the storyboard. Many of my students complain with this assignment saying things like, "I can't draw.". So I made a sloppy storyboard that still conveyed the story. The storyboard was created using Grease Pencil.

Using Grease Pencil for storyboards is an incredible tool. It allowed for quick setup of timing and composition. One thing that makes it powerful is the ability to animate by drawing, editing or sculpting your image on a new frame.

The character was created before the storyboard so my students had a simple character to work with in their ideas. It's a fairly straight forward rig. Only 7 bones were needed. A main control, one for the head, one for the eye, three for the antenna and one bone to control the shape key that dilates the eye.

To get more natural movement of the character's eye and head movement, I turned on auto-key, shortened my timeline to a specific shot, pressed play and moved my mouse around. The auto-key will record all of your movements. A little clean up is required where I want the animation to stop, but instead of spending an hour animating the eye, I spent a few seconds. 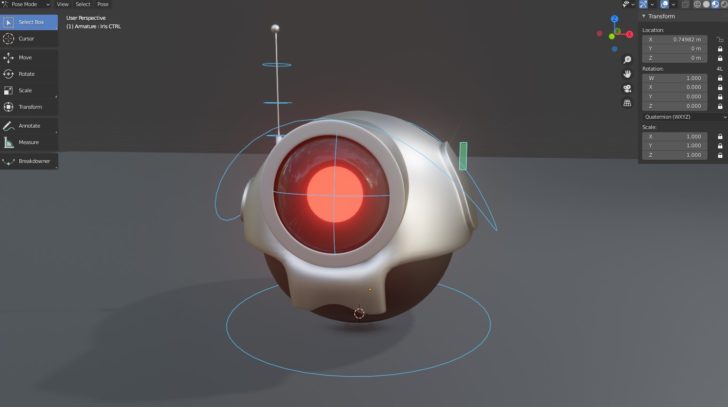 After I knew what my short was going to look like, I created a small set. A few assets were downloaded from Blendswap.com for set dressing. 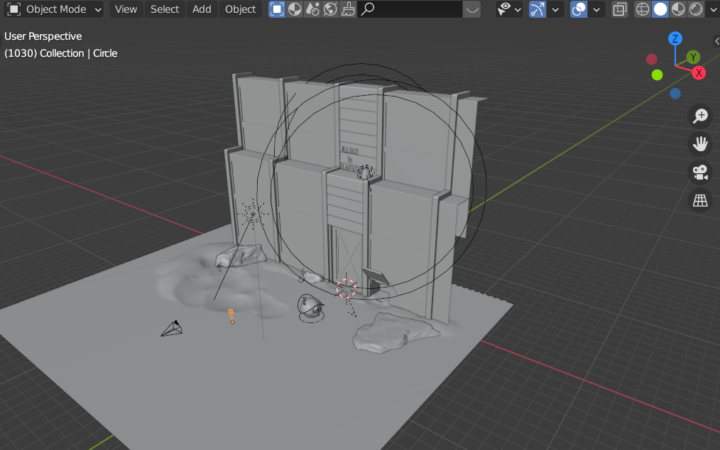 After the set and character were finished, I blocked out the camera movement and basic animation of the robot and butterfly.

Materials for my objects were very basic. The robot just uses the Principled BSDF with nothing extra. The ground and building use a single texture setup. 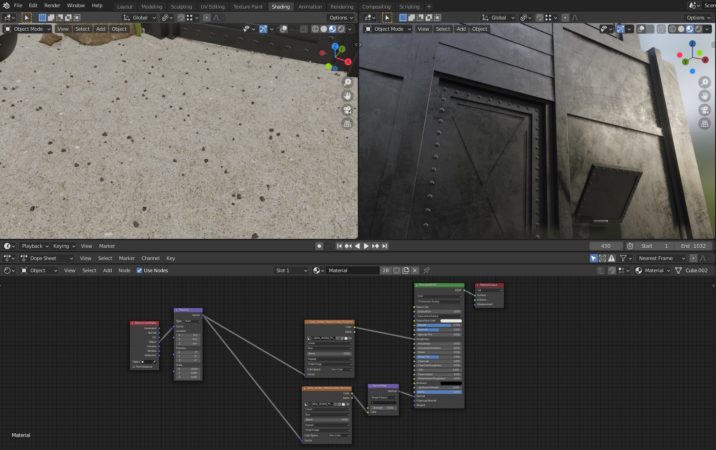 From there I refined the animation and added some noise to the camera to make it feel hand-held and finalized set dressing, materials and lighting. Lighting was done with the Physical Starlight and Atmosphere add-on. Rendered in 2.93 with the latest SSGI add-on using eevee and "Viewport Render Animation" in under 20 minutes.

It was a lot of fun making this project. My advice for anyone wanting to make a film, keep it simple and have fun. Tell small stories and build up to your big idea.

Father, Artist, Teacher, Writer. I've been using Blender since 2.59. Blender is my obsession, or passion, whichever. I use it to make games, illustrate book, animation, and teach. Blender changed my life and has given me all sorts of opportunities I would never have otherwise had. 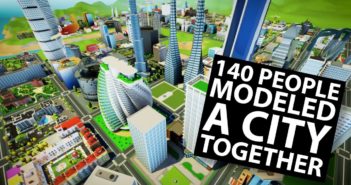 Previous ArticleWhat if 140 PEOPLE MODELED A CITY together in Blender?? 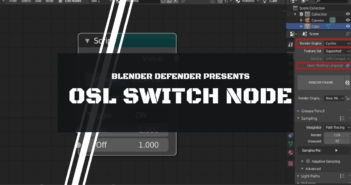