Hi there! We are Wolf3D and creators of the Ready Player Me avatar platform.

We see that games are becoming social networks and more people spend time communicating in different virtual worlds. This creates a bigger need to represent our identities in those virtual environments.

Our mission has always been to bring real people and their identities into virtual worlds and build technology to make that possible. We work with some of the biggest gaming and VR companies in the world including Tencent, Huawei, HTC among others.

Our flagship product, Ready Player Me, allows developers to easily integrate a web-based character creator into their own games and applications. Developers can get access to an expanding content library providing various customization items and take advantage of future cosmetic asset sales on the platform. The platform is free for developers and end-users.

The goal of Ready Player Me is to create a universal identity platform that allows you to create your avatar and use it across different virtual worlds.

While Ready Player Me is being integrated into many games and VR applications, we are also experimenting with letting users utilize their avatars outside of 3D worlds, creating additional fun digital experiences.

During Halloween last year, we decided to build an API that allows creating Halloween-themed renders of avatars that our users were already making. People loved it! Many updated their social profiles with their new Halloween avatars. 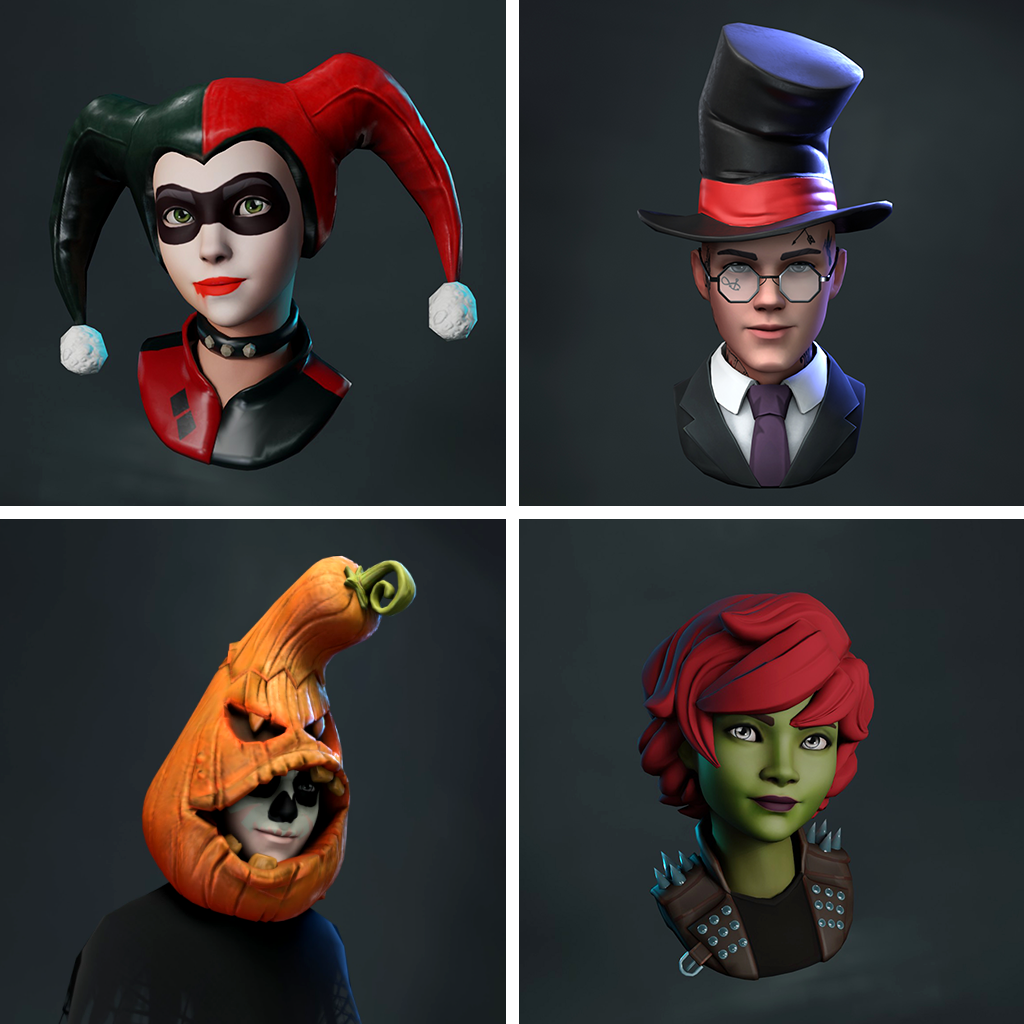 Some examples of Halloween profile renders.

We expanded on the idea and ran two additional campaigns: one for Christmas and one to celebrate the Cyberpunk 2077 launch. 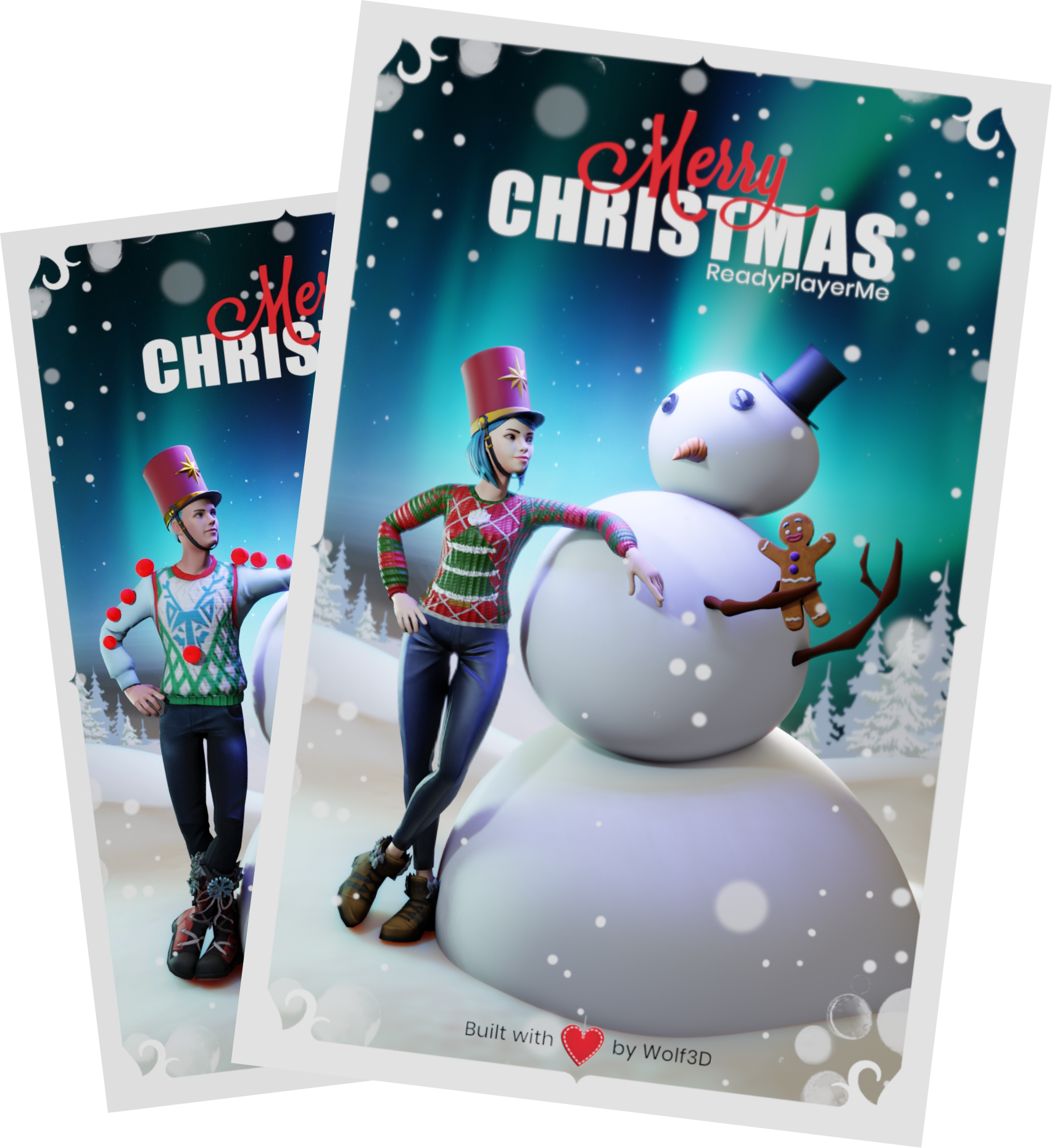 The Cyberpunk campaign went viral on Reddit and we ended up making over 40,000 avatars. 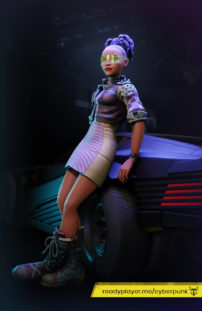 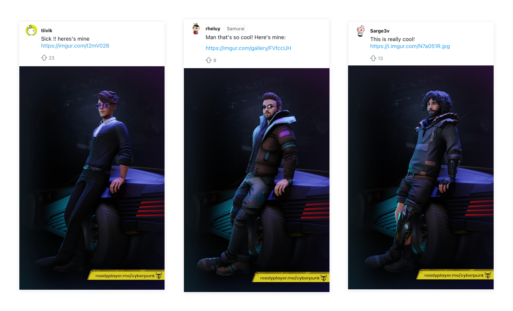 Here’s how Blender was critical in making that happen.

For the avatars to look distinctly cyberpunk-y, we created a new set of outfits for the campaign. We took a lot of inspiration from the amazing art style of Cyberpunk 2077 and added our own twist. 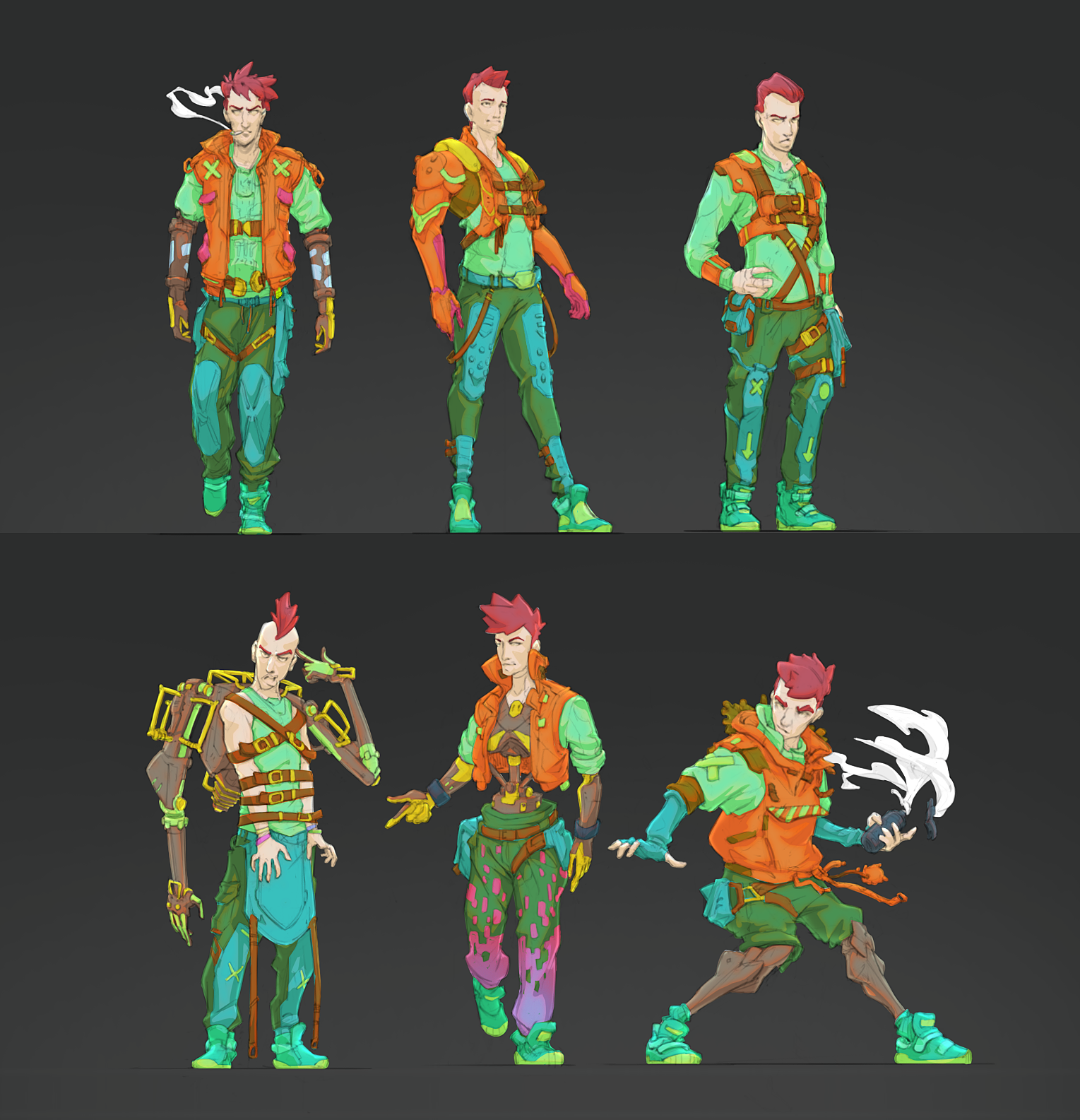 Here are a few different outfits we added, which represent the different social classes in Cyberpunk. All the modeling, shading, and rendering were done with Blender. 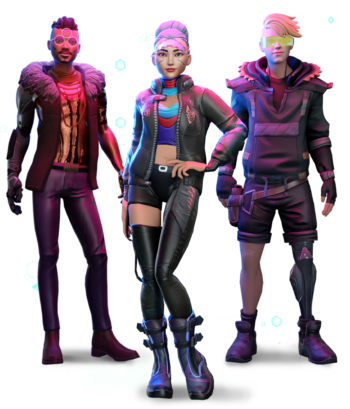 Blender plays a key role in our art and rendering workflows. We use it for creating the customization assets available on Ready Player Me as well as rendering the Cyberpunk characters.

We use .blend templates or Blender exported FBX assets as intermediate editing formats, and rely on GLB/GLTF for efficiently transmitting 3D assets over the internet. An analogy would be a Photoshop PSD file, which is helpful for editing, while a JPG is more efficient to transmit and view.

All our assets, as well as avatars, are exported in GLB format, which Blender has great support for. We can simply create Cycles or Eevee compatible Principled BSDF shaders and use any PBR supported textures, thereby ensuring that the exported GLB avatars render similarly on the web and inside our partner applications, which are often built with Unity or Unreal Engine.

Every time an avatar is exported from Ready Player Me, it becomes available to download on a URL as the aforementioned GLB asset.

The URL is then provided to our rendering service, whose job is to create a nice-looking render of the input avatar.

Here’s a rundown of how the Cyberpunk scene was set up.

The scene consists of a cyberpunk-esque car and a backdrop accompanied by a dark and moody lighting setup. 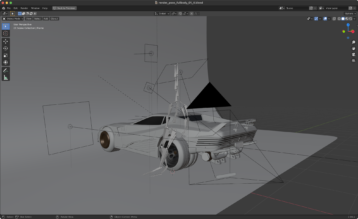 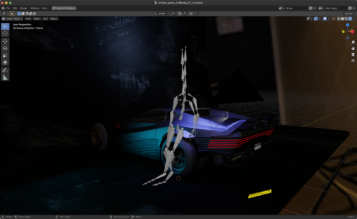 When a render is requested, we use Blender’s Python API to import the character into the scene. At this point, the character appears in its original A-pose. 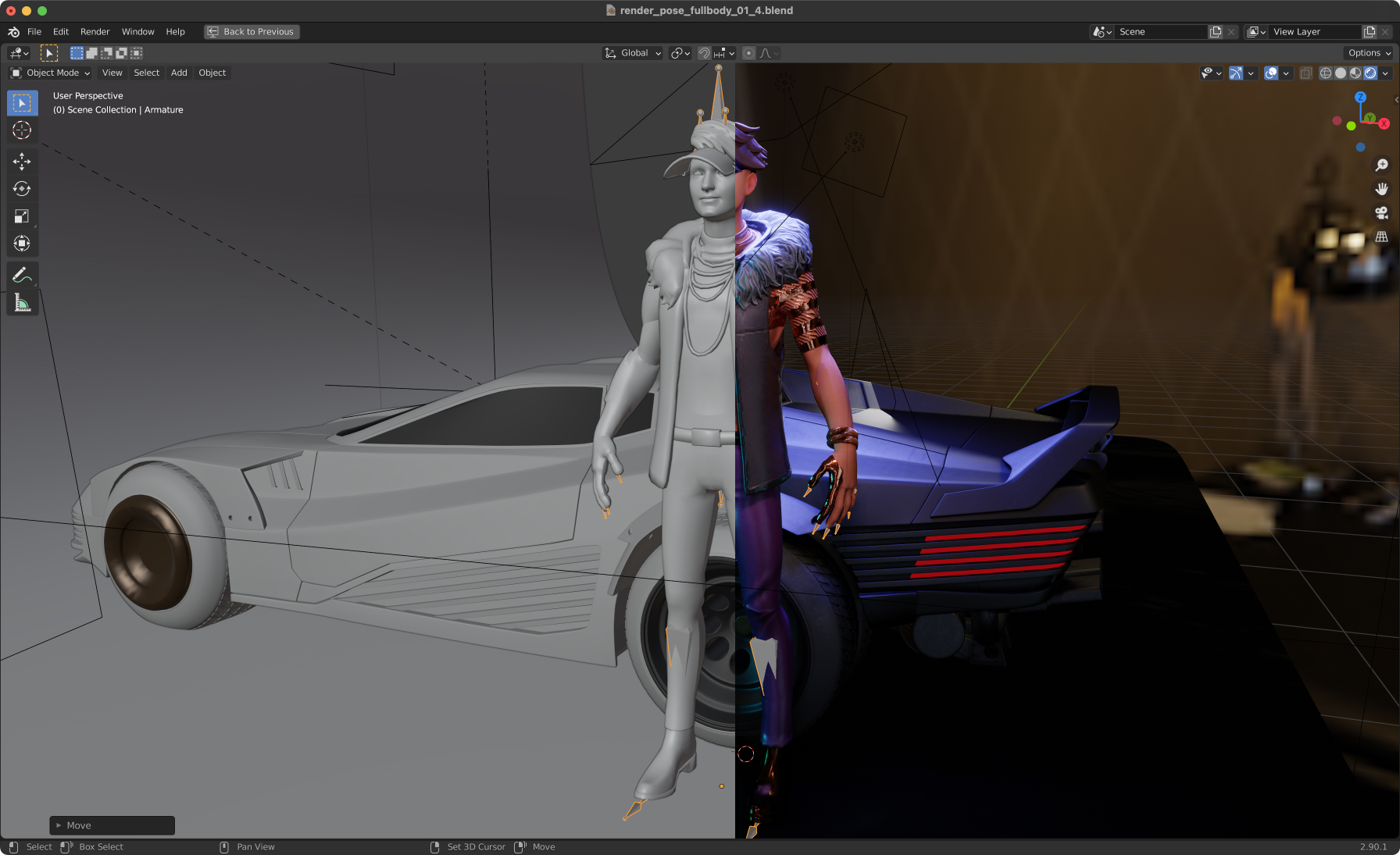 Then, depending on whether a masculine or feminine outfit was chosen, all the meshes of the character get retargeted to either the male or female armature that exists in the scene. This results in the character getting a nice-looking pose suitable for the scene. 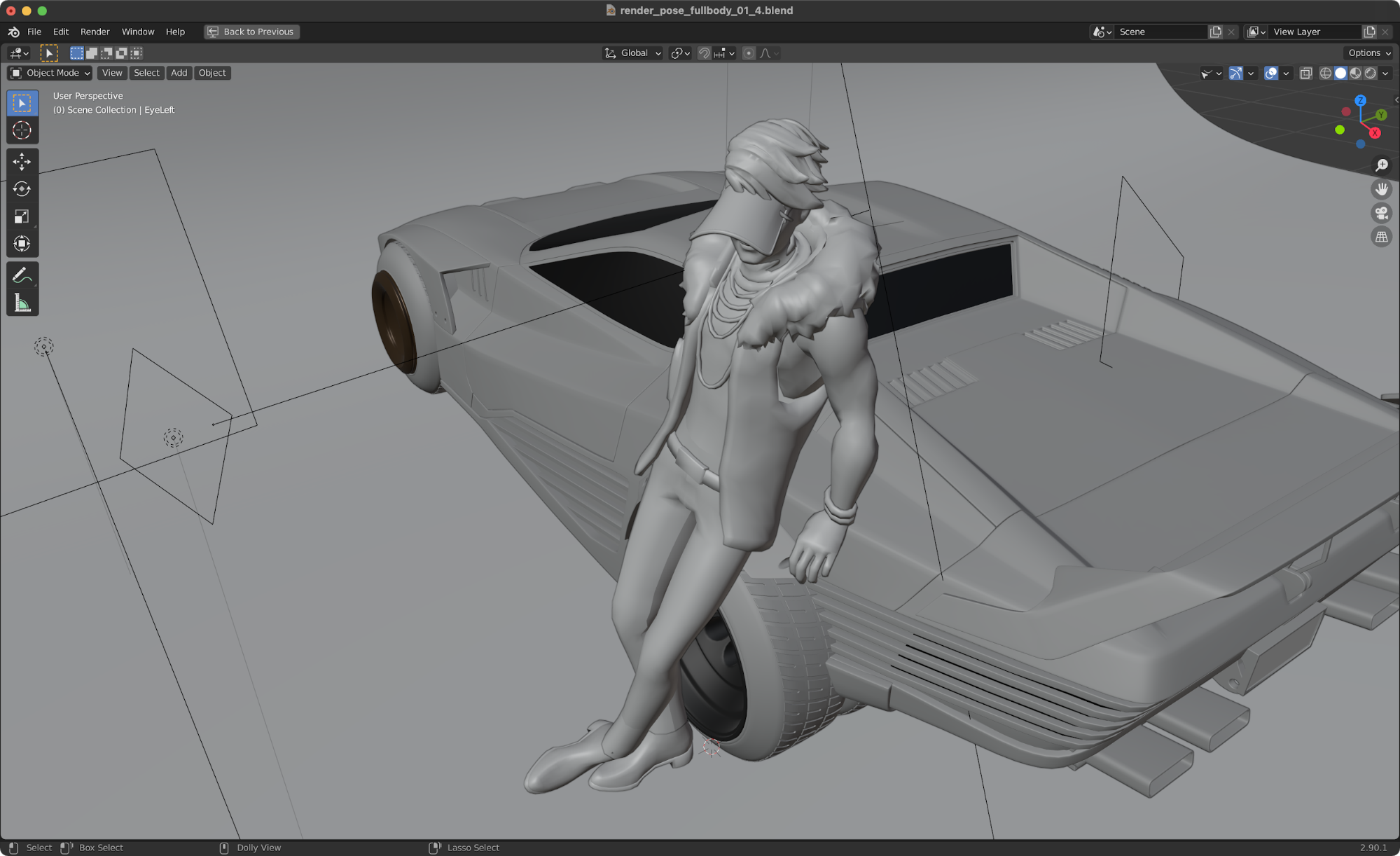 Ready Player Me avatars come with wide support for different facial blend shapes. We use some of the blend shapes to add facial expressions to the avatar. 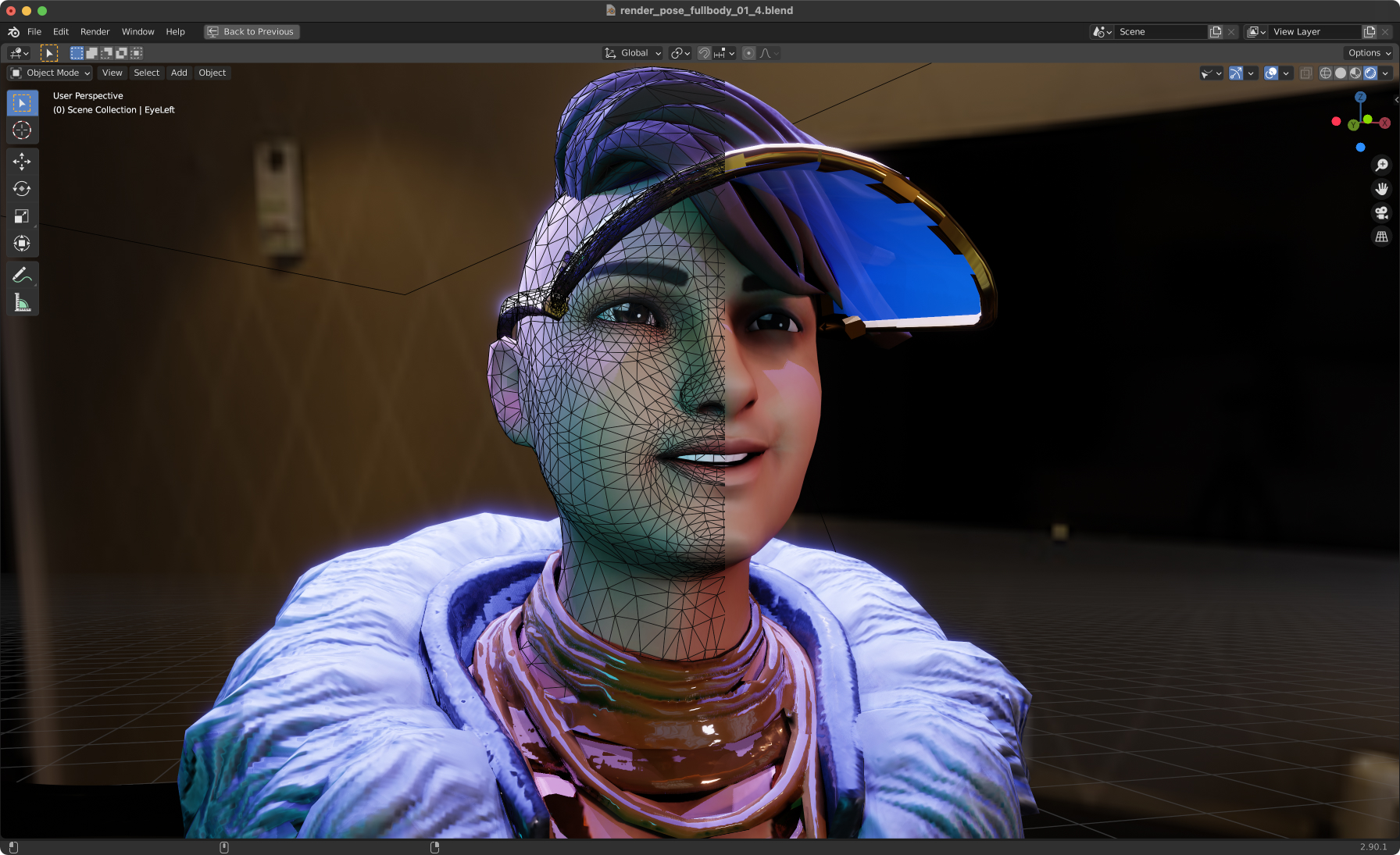 When the scene is ready, a render is created on a GPU accelerated cloud server running Blender as a background process and provided back to Ready Player Me for users to view and download. 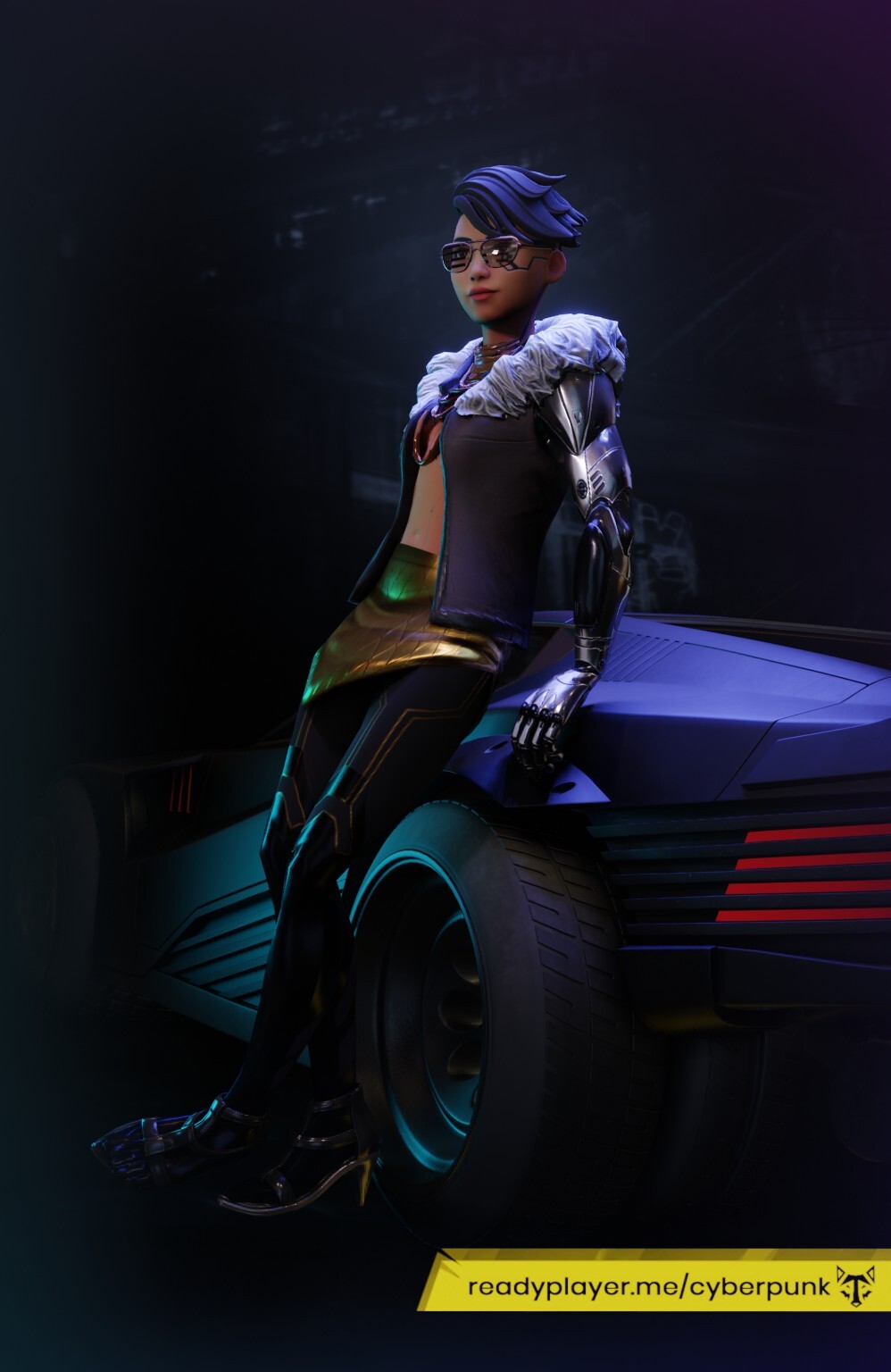 We ended up creating over 40,000 avatars during the Cyberpunk campaign. Some examples below:

That’s it! Thanks for reading and hope you enjoyed this quick behind the scenes!

Today, Ready Player Me is used in over 40 applications including VRChat, LIV, and MeetinVR, among others. 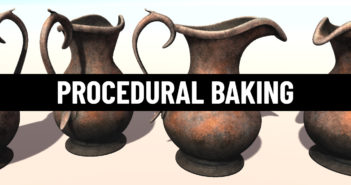