“The 4th wall” is one of my shelved passion projects I was doing around 2019’ and it will never be released. And the main reason of showing it is mainly to be a cautionary tale and reminder of how not to approach into making short films.

The video clip above is not really a short film but rather an animation and visual test of what was planned to be transformed into a short film. It all started when I almost completely switched to Blender after Maya and wanted to try myself in character animation. Weird considering that Maya is famous for its great animation tools but that was my decision and I don’t really think that it was a mistake.

At that time I was really in a “stop motion” period of my life. I watched every stop motion film I could find, saw all behind the scenes, read all the articles. I was so impressed by mastery of animators, art direction and technology (Laika is definitely the most prominent studio in this area) that for a brief moment I wanted to dive into this art form myself. However, there are a lot of major hurdles to even start working on something like this. First things first I am not an animator! Furthermore, a puppet animator. There are only a handful of studios which are doing stop motion. All of them are out of my reach. Basically, it would require several years of hard work to even consider applying for job and I don’t really sure that it’s something I am striving for to be honest.

You could say that it’s possible to do stop motion at home. Kind of true, but it would require a lot of time, dedication, money, space and other people to make anything even remotely respectable. It literary means that you need to change your whole life in order to be able to do this. So, the most logical solution in my situation was to mimic stop motion in CG. While it’s definitely not a pure experience I was so exited by idea of doing my own stop motion short film that despite being already busy by work, learning new software and another short film in development (which was actually recently released - watch here) I started a whole new project…

…from a very wrong place. Instead of investing time into development of a plot, writing a script, doing a storyboard, animatic etc. I immediately jumped into production based on one and only “idea” if you can say so. My thought process back then looked like this: “Ok, so it is like a 90’s sitcom where character realizes it and tries to breach the 4th wall. Cool, I’ll start and figure the rest in process”.

I never did. Instead, I immediately jumped into creating a goofy character, set dressing, lighting, blocking. And animation…while there was still no cohesive plot whatsoever. By the way, animation was done exactly how you would do stop motion in real life, every single movement (except procedural hair wiggle on sweater) was done by puppet manipulation in small increments with hold keyframes every couple or so frames.

And it appeared to be quite a tedious, labour intensive task which quickly became a burden. Quite honestly, if I had to mimic stop motion today I would definitely just do this:

All in all, lack of time, ironically exhaustive style of animation and realisation that I can’t figure out plot seriously cooled down my eagerness of making this project. There was still some hope inside me that it will be revived some time but I never touched it in 2020 and really doubt that it will be revived any time in a future.

In conclusion, I decided to gather a small video of all test clips I managed to do during production. Basically, this room is just a sandbox where I tried to figure out an overall vibe and how to do believable stop motion movements, lighting, smoke etc.

I don’t know whether I actually achieved it but for some time I definitely had a lot of fun playing around with it. Also, it’s a good reminder that I should approach to such projects more seriously (but not overly), establish a correct pipeline with a script ready first! Even though it turned out to be not what was expected I still don’t think of it as a failure but rather an important experience for my future works. And who knows, maybe some day I will come up with a story which will be made in stop motion. Maybe even a real one, ha. 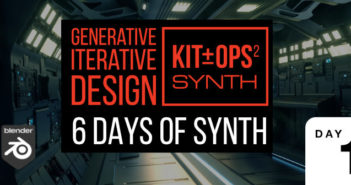 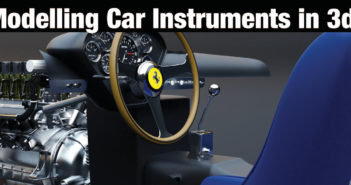