A Blender 2.92 crowd animation and 3d environment rendered in Cycles about the Ancient Roman Empire annexed the Nabataean Kingdom, renamed in Arabia Petraea.

While watching documentaries about Ancient Rome, I decided to make a new 3D animation project. By using the new features of Blender 2.9x, I wanted to update my workflow, in order to combine 3d render with volume. In addition, I work on animation and integration of 3d soldier character, which is clearly not my specialty. The magnificent tomb, Al-Khazneh (or The Treasury) is created entirely with the Megescans 3d asset library. This 3d reproduction is not 100% historically accurate; the proportions correspond to the real piece. However, the statues are fictitious. This project was carried out over 2 weeks, during my free time.

The 3D Hi-poly legionnary are organized through groups of instances. The scene is compose of two collections. The first one includes meshs (soldiers, terrain, environment). The second collection gathers volumes (VDB simulation).

To limit the rendering time, I render a first pass including only the first collection with the soldiers and the environment (render setting: 3440x1440p, 496 samples, with Motion Blur) Then a second pass with only the volumes, with the collection including meshs as a mask (holdout functionality). I lowered the samples to 96 and I deactivated the motion blur. 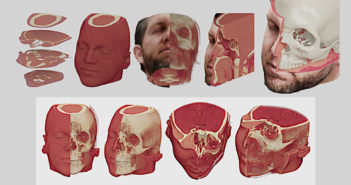