I recently finished a little project I've been working on in my spare time. It started out as a sculpt for testing the Blender sculpting improvements currently in development. It quickly derailed and I added animation and what not to the project.

The character is using a pretty simple rig I made with some IK constraints. I am not much of an animator, so I just wanted to add some creepy movement by using procedural noise to the position of the various body parts.

The cloth is partly simulated. I mostly added sim to the lower parts in order to not spend tons of time on solving the cloth. I'm mostly interested in conveying a "big picture" and not perfect details when I do artwork. I guess it's somewhere between 3d art and concept art in a way.

The video also contains a breakdown at the end.

The flame of the candles are using a procedural shader for deforming the flame. I wrote some details on the setup on twitter if you are interested

Making some candles in Blender.

The flame is just a static plane, where the uv coordinates are distorted by an animated noise texture in the shader. The planes themselves are constrained so that they always face the camera. #b3d #BlenderScentedChristmasCandles pic.twitter.com/YXIUuWtmOn 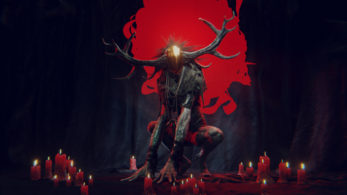 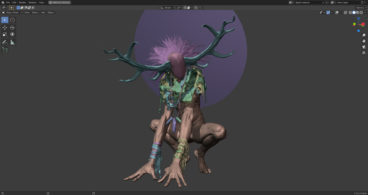 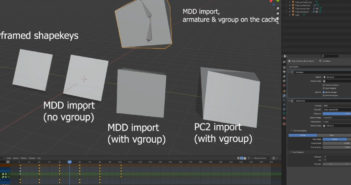 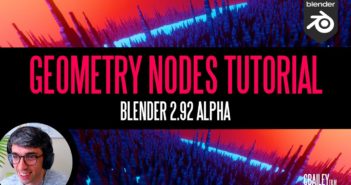