Here's a new trailer for my survival horror game, The Moonlight Motel. Differing from the last video, I decided to go straight gameplay. No cuts, no fancy editing or music. This is just me playing through one of the levels, allowing you to feel the atmosphere, the environment, the dangers. I'd been working on this game all year, from the top of 2020. It' just me, responsible for the programming, modeling, texturing, sound and animation.

Certainly, that' s a daunting task for one person to undertake, but when passion is leading the way, you could become blind to the difficulties and just get lost in the journey, lost in the grind. The sun turns to moon, the light to darkness, and before you know it, it's the next day and you haven't slept yet!

But I'm at the point where if you ever hope to do anything, ever hope to accomplish whatever it is you set out to do, you've got to make the sacrifices most people aren't willing to make. And if I fail ---- well, have I really? I would have made a video game, and that's something I've always wanted to do.

And once again, Blender is the game engine that engulfed me in the world of programming. I mean, as a youth, games have always been an integral part of my upbringing. The Blender Game Engine is in a peculiar spot, and has been for many years. It's initial intent was to be a prototyping concept; anything of serious consequence wouldn't choose the BGE as the underlying engine. But we do have examples of games being made in the BGE. They're not of AAA quality nor even AA, but there's proof that with time and patience, it certainly can create a product worth playing.

Unfortunately, the issues of the engine hinders serious game designing. I've work countless hours in the BGE to appreciate all the tools and resources that a dedicated game engine provides (Unreal, Unity, etc.) Those engines make life so much easier, and can feel like heaven when you come from the BGE.

So, why stick to it? Why continue dumping hours into a flawed engine?

Well, it's quite simple.

One, all my programming knowledge comes from Blender. Python is the first and only language I know. And even then, it's propriety to the blender libraries. If I were to program with python in the pure sense, I'd need additional resources to help me understand external utilities and libraries.

Two, because I'd been working in the BGE for over a decade, I know every nook and cranny of the engine, all its flaws and imperfections, but on that same token, the familiarity provides me with lightning fast abilities to create. I can get much more done in a day in the BGE than I could in a month programming in another Game Engine I don't know as well.

And lastly, I've always swore to myself I would create something of consequence in the BGE, regardless of all the pitfalls readily available to swallow me up. It's just, at this point, a sort of burning promise that won't extinguish until I see it get met.

Wow, I'm rambling! Anyway, This is a simple video of gameplay to help whet the appetite of all my wish listers on Steam, and the supporters in my discord. I hope you all enjoy it. It's important to remember that, with regards to everything I'd said in this article, that despite my greatest efforts, a game in BGE simply won't pass a certain threshold of quality. It's a fact that I've come to accept. My goal is to make a passable experience, something that at least is worth paying a sum of money for. We'll soon see.

If you'd like to keep up with my progress, you can hop into my discord:

See you guys next time! 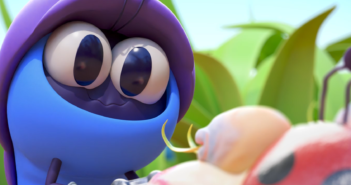 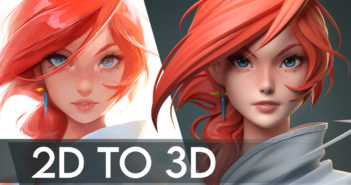