The new version of Blender just shipped. Take our guided tour of its main features.

If the Blender 2.8 releases sometimes felt like an overwhelming flurry of new features, the Blender 2.9 release cycle may be a chance to consolidate. Blender 2.91, the latest of those updates, takes features introduced between Blender 2.80 and Blender 2.83 and fleshes them out into complete toolsets.

Take the Cloth brush, for example. Originally a tool for sculpting realistic folds and wrinkles in fabric, in Blender 2.91, it becomes the foundation of a much more versatile dynamics system. Similarly, the Volume Object, originally used to import simulation caches from other software into Blender for rendering, is now evolving into a broader volume editing toolset.

Both feature in this round-up of the key features in Blender 2.91, along with the new bevel and Boolean modeling tools and the hard-to-classify Boundary brush. But if you aren't a modeler or a sculptor, don't switch off just yet: a bonus section at the end of the article covers new features for animators, effects artists, and anyone looking to integrate Blender into a production pipeline.

The new Cloth Grab brush being used to manipulate a mesh to which gravity has been applied globally. Blender 2.91 expands the software's cloth sculpting tools into a broader soft body dynamics system.

Pablo Dobarro's Cloth brush turned heads when it was rolled out in Blender 2.83, but it was only the start of a much larger toolset. In Blender 2.91, the Cloth brush is no longer just a tool for creating fabric, but part of a broader dynamics system of the kind introduced in ZBrush 2021 earlier this year.

You can also now apply gravity to the entire mesh being sculpted – which, in the video above, turns the new Cloth Grab brush into a kind of real-time animation tool – or pin parts of the mesh in place. The area of the mesh affected by the simulation even updates dynamically as the brush moves, as Pablo explains in his post on the Blender Developers Blog discussing the new cloth sculpting features in detail.

The versatile new Boundary brush makes it possible to deform the edges of a mesh in a variety of novel ways. It works equally well with hard surface models as it does with cloth. Video: Jayanam.

Another new tool that began life as a sculpting feature but which became something more general is the Boundary brush. Rather than affecting the center of a mesh, it deforms its edges, in ways that would be hard to do with a conventional sculpting brush – or even in Edit mode.

Potential uses range from bending the edges of a hard surface model into place to rolling up the sleeves of a jumper or jacket. Other deformation modes let you expand, inflate or twist the edge of the mesh, making it possible to add all kinds of fancy pleats and trims when sculpting clothing.

Blender 2.91 makes it possible to apply custom bevel profiles to curves, opening up new possiblities for procedural modeling. It also works with text, making it easier to create custom 3D logos and titles.

Blender's other hard surface modeling tools also get some love in version 2.91. It is now possible to apply custom bevel profiles to curves: something that was previously only possible when using the Bevel modifier on entire meshes. It works with text and 2D curves, which should keep logo and titles designers happy; and bevels of all types can now be capped, closing pesky holes in the resulting geometry.

You can also now Boolean overlapping geometry accurately: the new Exact mode in the Boolean tool and the Boolean modifier can cope with both coplanar faces and overlapping edges. Exact mode also makes it much quicker to use Collections for Boolean modeling, since it treats the entire Collection as if it were a single object, rather then performing a Boolean operation for every object within it.

New Volume to Mesh and Mesh to Volume modifiers make it possible to convert volume objects like OpenVDB files imported from other software to standard geometry, edit them, then convert them back to volumes.


4. Use modifiers on volumes

Although the Volume Object started out as a way to import simulations from other 3D software for rendering, in Blender 2.91, it is possible to do much more to your OpenVDB assets. The new Volume to Mesh and Mesh to Volume modifiers make it possible to convert volumes like clouds into conventional geometry, modify them using the standard modeling tools, then convert them back into volumes.

As a bonus, volumes can now be selected directly in the viewport, removing the need to trawl through the Outliner, or fiddle around trying to click on their origin.


Thanks to support for fuzzy matching in Blender's Search pop-up, it no longer matters whether you get the name of a tool exactly right: providing you get somewhere close to it, Blender will ignore your typos.

Last but not least, Blender's Search pop-up now supports fuzzy matching, meaning that it will still find the tool you want even if can't remember how to spell it. Fuzzy search makes it possible to get a few letters wrong in a search term, or even use an abbreviation in place of a full name ('SSS' instead of 'subsurface scattering', for example) and still have Blender return usable search results.

While many people won't notice the change, it should be a major time-saver for sloppy typists – and a huge help for anyone who speaks English as a second language.

Thanks to changes to the way that Bézier handles are evaluated, FCurves can have much steeper slopes in Blender 2.91, making it possible to animate much sharper movements without adding extra keyframes.

While we've focused on modeling in this round-up, animators and FX artists shouldn't feel left out. Here are five other new features in Blender 2.91 that should make a big difference to day-to-day work:

Blender 2.91 is available for Windows 7+, macOS 10.13+ and Linux. You can find full details of the hardware requirements on the Blender website. 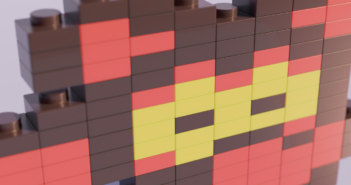 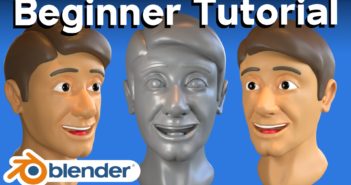 Next Article Sculpting a Stylized Face For Beginners (Blender Tutorial)