Hi, I'm Artеm and I'm 18 years old, I'm from Sevastopol, Russia. I have been studying at Sevastopol State University for 2 years as a Software Developer, and 3D graphics is a hobby for me. I am a 3D-Generalist on the project "Chersonesus VR", which was created to preserve unique historical monuments, such as Tauric Chersonesus, which is included in the UNESCO World Heritage List.

I started learning Blender 3D back in September 2018. You may find me strange, but I still use Blender 2.79 b, the well-known Fracture Modifier Build.

I've always been interested in how to create graphics in movies and cartoons, and Blender turned out to be a free ticket to the world of 3D.

I didn't set myself goals to learn how to model very complex assets or learn how to sculpt characters. I was interested in experimenting with the engine, materials, and light. That is why the goal of this work was to create a scene without modeling a single model and spend a minimum of time on this (this work took less than 4 hours). This is what I want to show beginners—that even if you are bad at modeling it will never be an obstacle to creating cool art.

So let's move on to my last job. In fact, this is a very simple scene and experienced users will not see anything new here, but it's all about simplicity. Let me show you what it looks like. 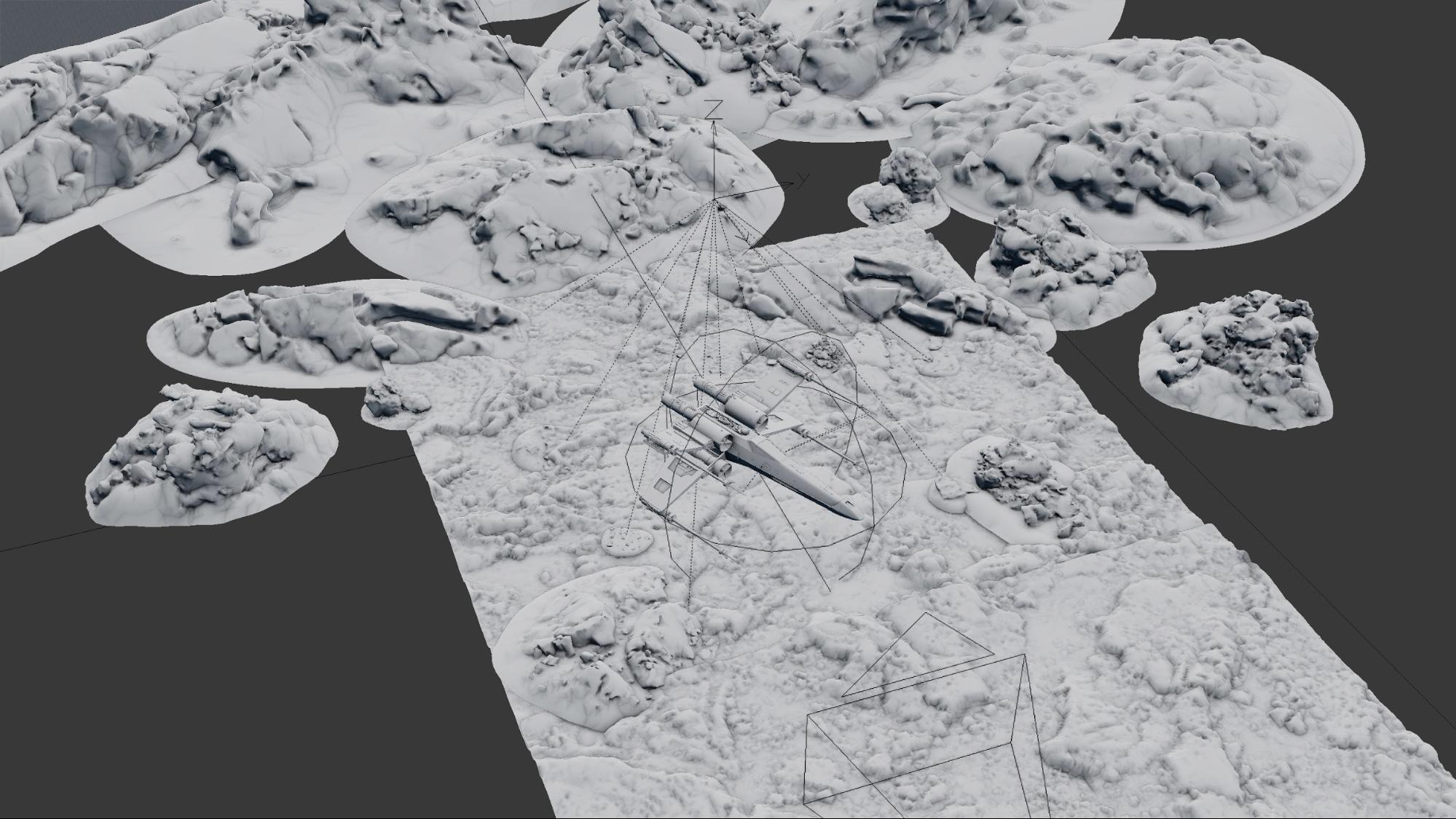 So, a few words about the X-Wing model. I bought it back in 2018 on a site that sells assets. I only slightly refined the detail to the appropriate level; I think the details are not so important here. 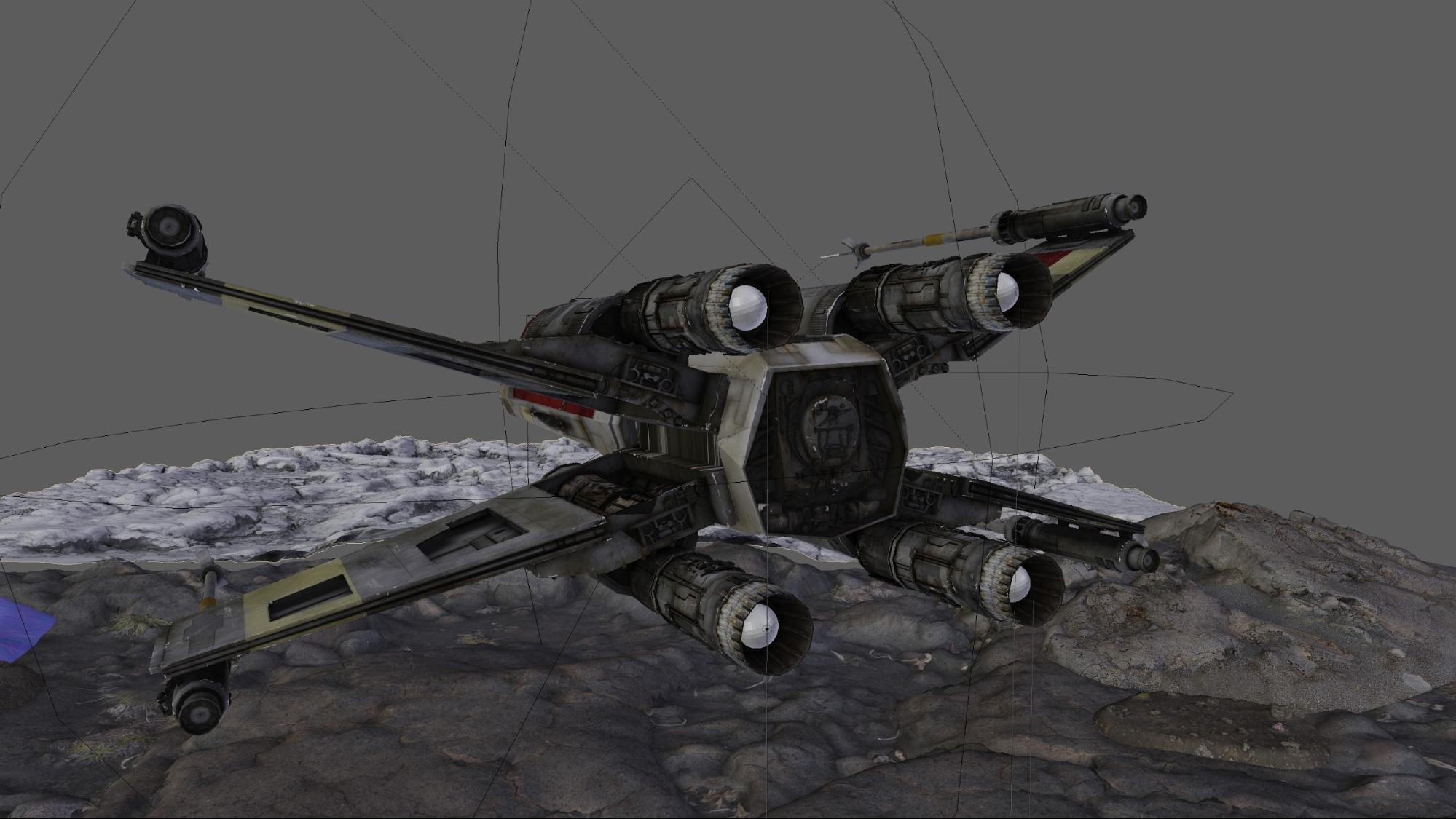 The assets presented in the free Quixel Megascans library helped me a lot in creating the environment: 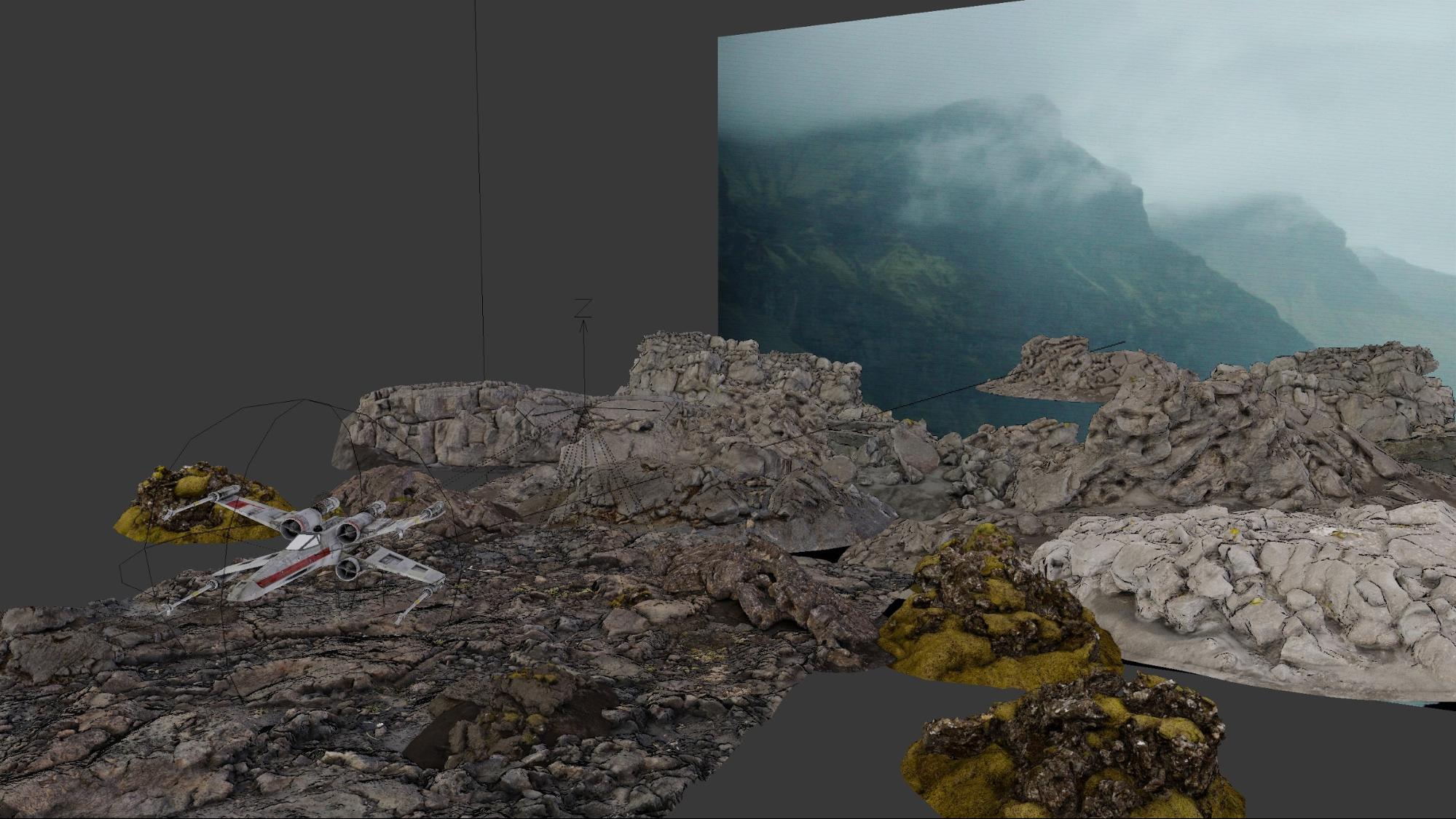 They were used to create an environment and simulate the scale, which will be discussed later.

One of the main tasks was to maximize the detail of the environment close to the camera. To do this, I took the 8K texture of the stone surface and used the Displace modifier to add volume: 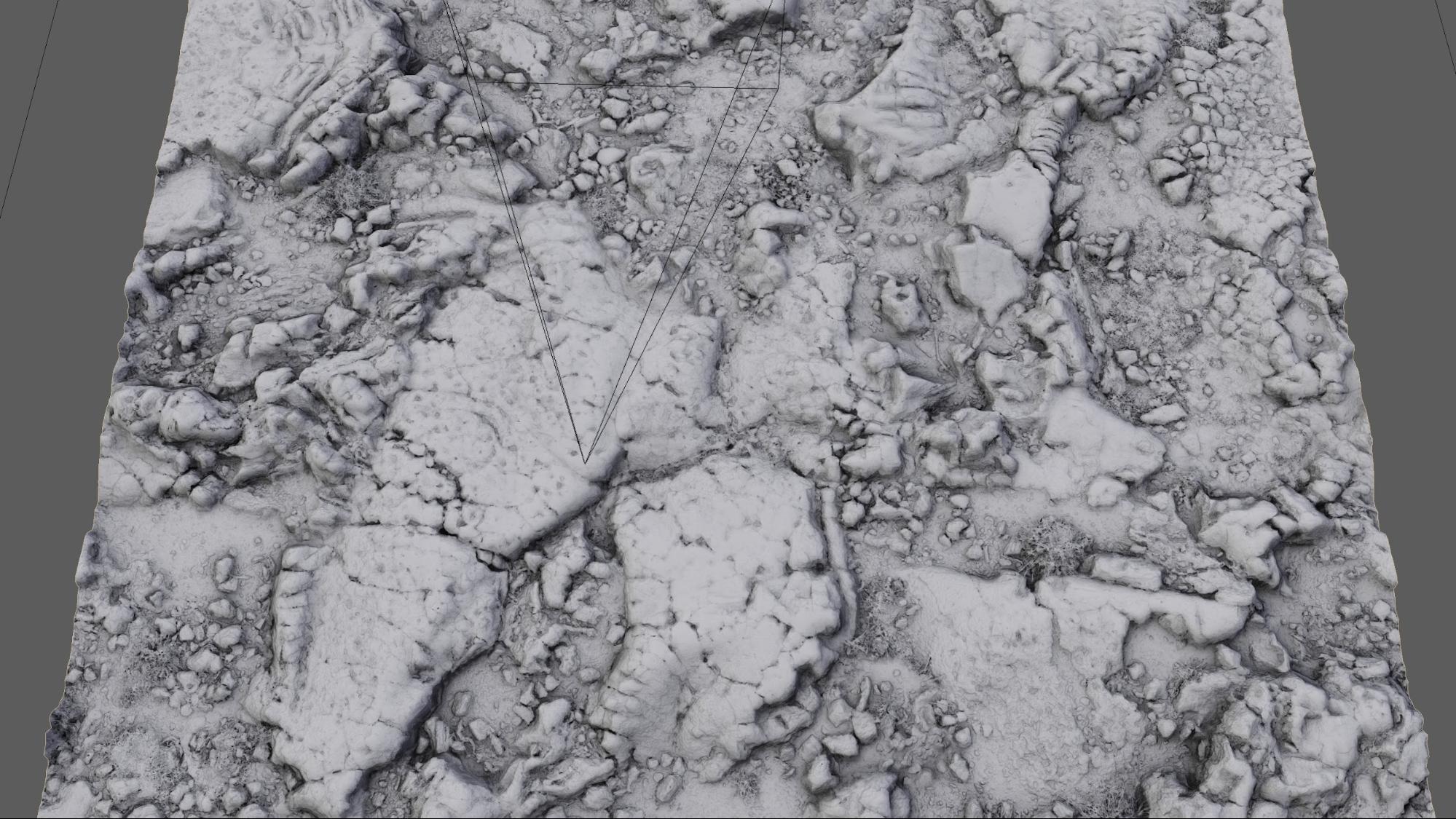 The rest of the assets were placed behind the model of the fighter, taking into account their size and range.

The background for the art was easy—it's a simple picture. 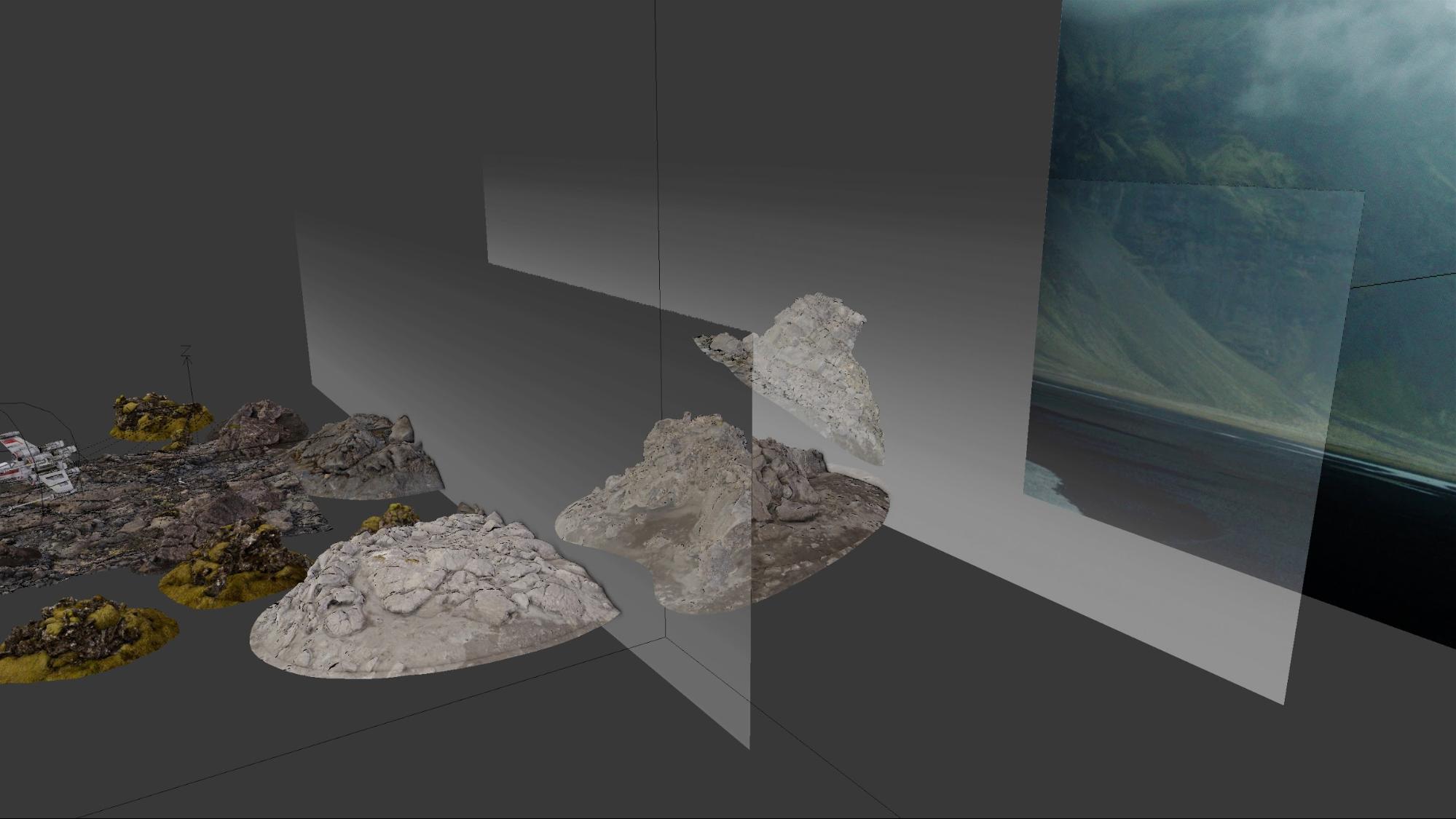 But there was one thing that I wanted to say about the smoke rising before the landing of the fighter: it was done cleverly. I learned about this hack from Gleb Alexandrov's course "Realistic Lighting"—the secret is that these are just a few pictures superimposed on each other and adjusted for transparency to create a smoke effect. This is how it was: 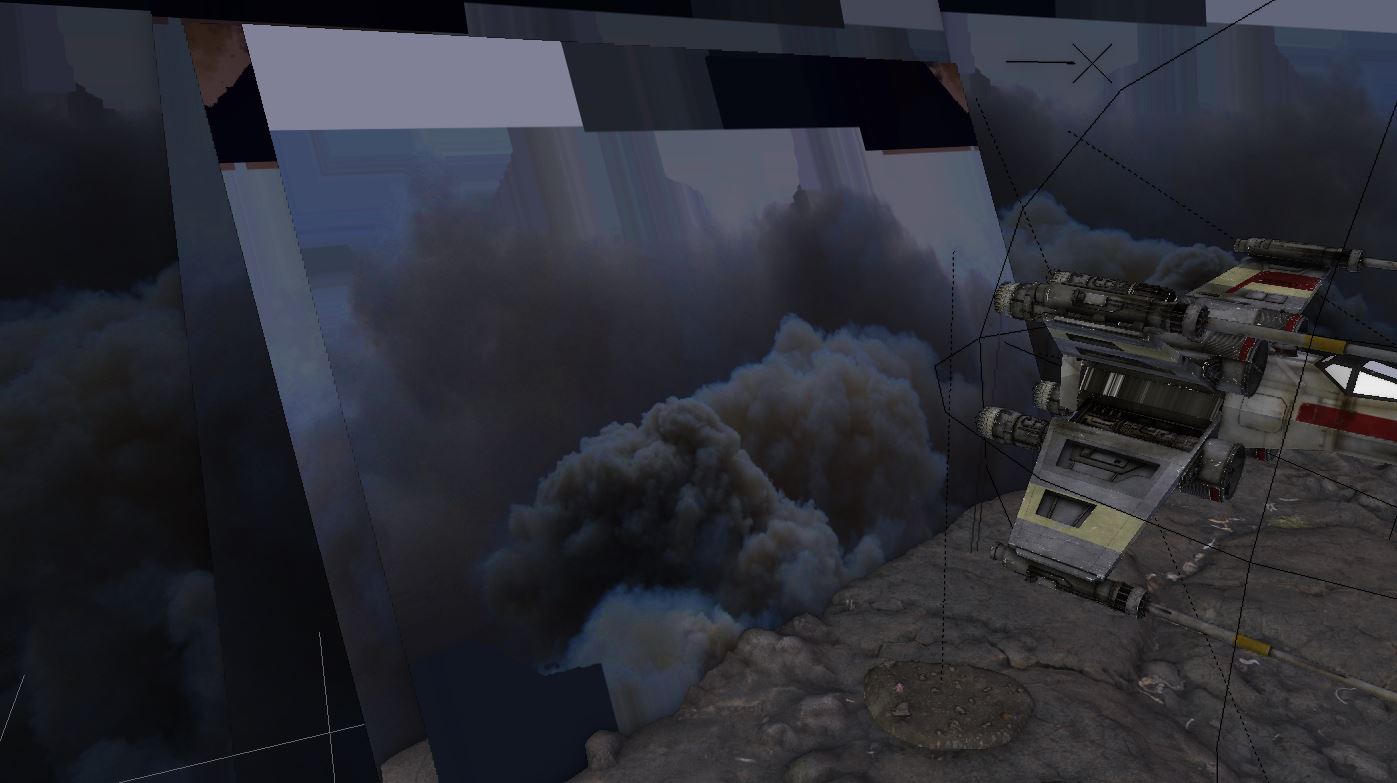 And so, adding a little fog and a layer with depth, we get the following result with a wide range of colors that can be adjusted:

The time has come for the most important thing—this is what makes any render truly beautiful, post-processing.

It is worth saying a few words about what kind of atmosphere I wanted to convey with this art. As we see in the render from above, the image is pretty gray and boring, now I will fix it. I used Photoshop to save time, but I usually use Nuke.

I wanted to convey a cold mood, so I made the sky blue and bright and made the shadows darker. This combination gave an excellent contrast of the light sky smoothly flowing into twilight shadows and the fog perfectly conveyed the smoothness of the color transition.

But now, the picture had become cold and dark and did not look very cool. So I added warm red light from the X-Wing turbines and thus got an excellent color gamut. The cold blue sky now perfectly matched the dark red glow from the turbines. As a result, I was able to level the image in temperature using color, and now it does not look monochromatic.

All that was left was to add some glare and some cinematic noise, and we got a pretty cinematic picture in just 3–4 hours.

It's not difficult to make such art, you just have to feel how the engine works and its capabilities, as well as understand the play of light and color, and you will succeed no worse than mine, for sure! 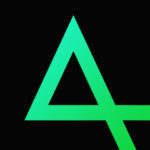 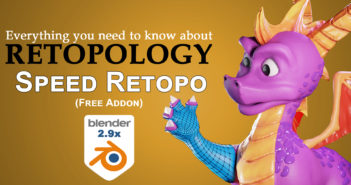 Previous ArticleEverything you need to know about retopology - Speed Retopo 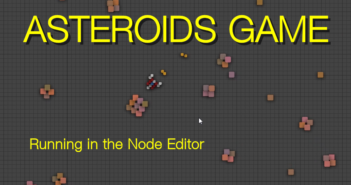