Croco Pie Studio is a collective of animators and filmmakers born in July 2020 in Naples. Its goal is to create entertainment contents and to find new storytelling techniques. What characterizes this close group is a well-defined narrative style, based on irony and simplicity, in addition to good versatility.

We used Blender 2.9 for pre-production and animation, After Effects for compositing and Premier Pro for editing.

“Ghiatto” was our first short as a team, so we did several studies to find a visual and storytelling style that would satisfy all members.  After several brainstormings, during which we put down some thumbnails and concepts, we proceeded to do an animatic in Blender.

At first, our idea was to make a 2d animated character in a simple 3d background, so we made some 3d layout and some cat poses in grease pencil. Then we added some colors (Principled BSDF shader) and lights to set the mood of the video and, in the end, we edited all cuts with some sample sounds.

The noise modifier was the finishing touch.

After several tests in 3d, seeing as how the rendering didn’t satisfy us, we decided to change direction.

Again, we opted for a hybrid approach.
At first we made thumbnails and color keys.

Once satisfied, we made all backgrounds in black and white in Procreate.Then, we imported them in Blender as planes, with blend mode set in “alpha blend” for slightly transparent layers, in “alpha clip” for others.

This method allowed us to obtain both good three-dimensionality from a 2d illustration and credible camera movements with minimum effort.

After all, we moved on to the coloring of the backgrounds using the color script as reference. We created a new layer, above the black and white one, set in color blend mode.

Once we finished the animations, we exported every cut in different layers that we imported and postproducted in After Effects, therefore we will not dwell on this part of the production.

We let the breakdown video speak for us. Thank you for your attention. Enjoy!

"Not about a Croco, not about a pie, we create videos, at least until we die" animation, vfx ?? ? Located in Naples, Italy 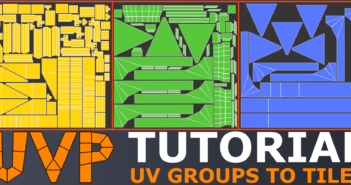 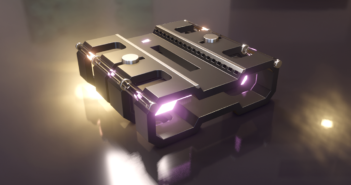