Some dream to fly, and others dare to make their dreams become real. This was the life of famed Arab inventor Abu al-Qasim Abbas ibn Firnas (b. 809 A.D). He is famously credited to be the first man ever to build a technology to fly, using just wood, silk, and feathers. The short film “Firnas” tells the story of the famed inventor-physician-chemist, dramatizing his most famous moment.

Every single part of the short film is lovingly detailed, modeled, textured, and animated by Abdelrahman M. Daoud. This animation is part of a year-long project to share uniquely Arab stories beyond the Arab world.

“Many credit the Wright brothers with the invention of the airplane, but few have considered who came before.” Abdelrahman says. “Firnas invented personal flight before modern technology! He also created the technology behind reading glasses, which millions use today…but that’s a story for another time.”

Abdelrahman M. Daoud (b. 1991) is an art director by day for HUAWEI and an animator by night. Born and raised in Jeddah, KSA, and based in Dubai, the half-Egyptian/half-Sudanese creative likes to make playful work with a message. Each of his lovingly-crafted stories shows a commitment to the community: be it inspiring equality across cultures, diversity in the Arab world, or greater care for nature. A voracious learner, he controls every part of the production pipeline: from scripting, character design, and hand-sketching storyboards to modeling, animating, and directing. Abdelrahman holds a degree in Communication Science and Multimedia from the Sudan University of Science & Technology. Inspired by the Japanese Animation Director Hayao Miyazaki, he began creating animated films to express thoughts and ideas that would encourage others to make the world a better place. 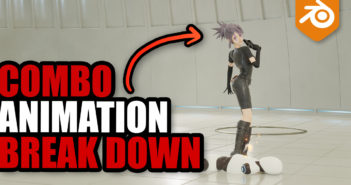 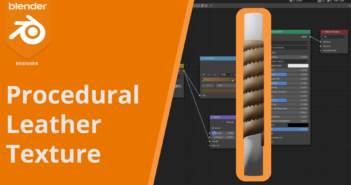 Next Article Procedural Leather Texture (+How to use it on a model) | Blender 2.9