He showcases its versatility in the following tweet, but also how light it is with him mentioning a 15 second bake time for the ocean modifier.

I forgot I already made other tests as well. Hooked it up with array and curve so it´s really easy to control.#blender3d #b3d pic.twitter.com/dwiKY1z7it

Here's a sneaky peaky of the modifier Stack though it doesnt give much for sure :D maybe I'll do tutorials one Day. pic.twitter.com/PLeG3rGUYh

The Ocean modifier has seen a resurgence in popularity lately thanks to its recent powerup, with it receiving the ability to generate foam and spray maps. This has also paved the way for more stylized renditions of Oceans, like these gorgeous examples by James Hedberg and Dyzinliz:

We’ve been reading a bit too much #tintin recently. Here’s a simulated ocean in the Ligne Claire style - which is how I’m beginning to see the world now. #b3d pic.twitter.com/PU2CSjejKL 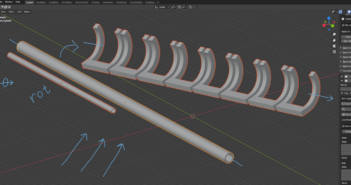 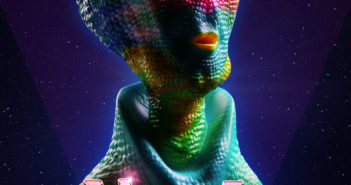