Hey everyone! My name is Ali, also known throughout the depths of the internet as Troublesome, and I am a self-taught 3D Artist from Cairo, Egypt. My passion for 3D started at age 13 through game development; at first I used to program my own videogame projects, then I tried making my own 3D models in Blender, and from there I kept digging deeper and deeper into the world of 3D. I am 18 now and I work on projects ranging from gameplay programming and website development to personal and commissioned 3D artwork.

I’ve had a strong, long-lasting relationship with Blender throughout the years, from its easy learning curve, to its cute orange accents, its innocent use of the z axis as the vertical axis, its humble download sizes, it’s spicy python API, it’s huge number of addons…. Oh got lost there for a second, what was I saying? Oh yeah—Blender’s great.

How the Stickerbomb came into creation

One night, a month-past-old me was casually taking a look into the Sketchfab Discord, and there it was: The Discord Sci-fi Motorcycle Challenge banner, my first thoughts were “meh”... but then I saw who was judging the contest and how much attention the contest was getting, and the heat was on. I then immediately started working on the concept. I wanted to make something unexpected and iconic, I wanted this motorcycle to look like it had a noble purpose in its virtual world, and I wanted it to look the part.

And so I sat there thinking to myself: “What is probably the most iconic motorcycle out there? Aha, a good old Vespa. And what is a common purpose for a motorcycle? Pizza delivery!” And there was my mission: I had to somehow create a sci-fi version of a pizza delivery Vespa dipped in a thick coat of hard-surfaceness.

After researching lots and lots of references, I made a quick sketch, and the main concept of the motorcycle was formed. If you are pondering about how terrible my drawing skills are, well it’s just to pin down the main form and shape of what I’m doing... don’t judge me. The concept didn’t have to be complete either, I was always going to add something later down the line. 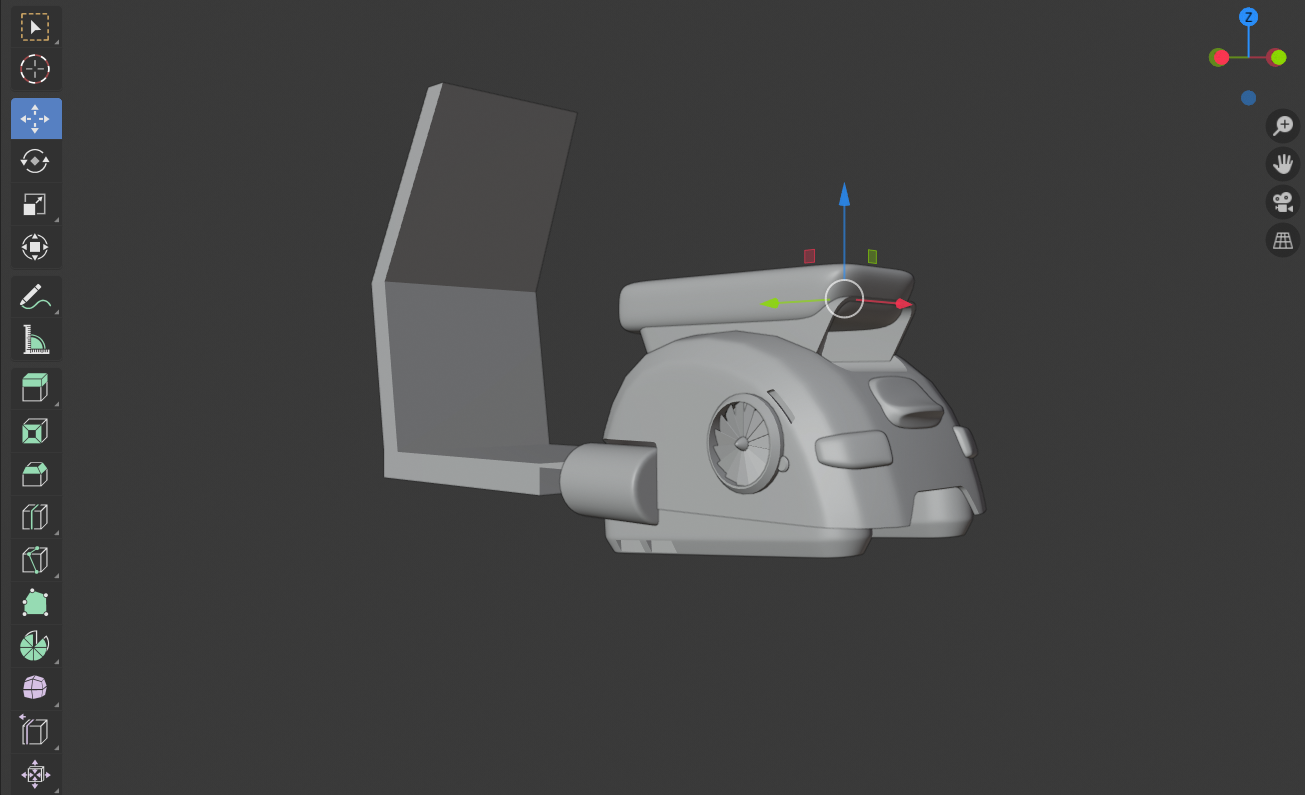 Modeling was fairly simple, I started with creating the basic shapes, nailing down the proportions, subdividing and then tweaking the topology from there. After I was satisfied with the topology I then added the booleans to make all the holes and vents. After some cleaning up, I made sure all the normals were looking nice and tidy, and then began the UV unwrapping. I did all the typical UV stuff: hiding all the seams as much as possible, minimizing the number of UV islands, making sure there was little to no stretching, packing them nice and tight, and keeping texel density in check. 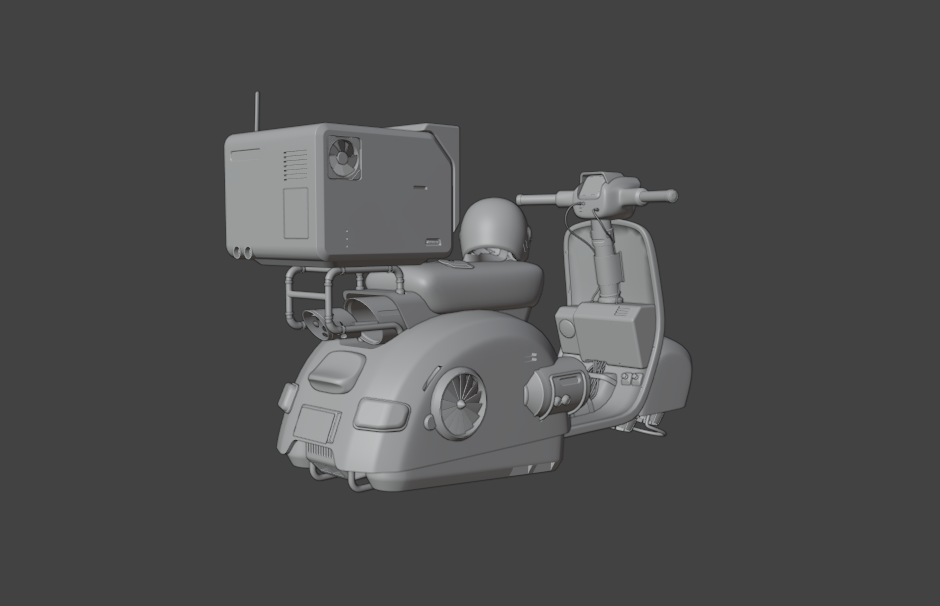 By this point I had a pretty good idea of the texturing style I wanted. I experimented in the beginning with multiple styles in Substance Painter but at the end I settled with a “Ratchet and Clank” sort of styling. I made sure to put attention into all of the texturing channels, for example playing with the Height and AO channels to give depth to the textures, and using hard-surface alphas to add some sci-fi flavor to the model. Knowing basic design principles and applying them in the textures can really add some flair to the artwork. I made sure to add places with contrast, asymmetry, interesting patterns to highlight the areas of interest while not over-populating them. I always like to imagine the surface of whatever I’m making—imagining its texture, its weight, and its little imperfections always results in some unique and real-feeling textures. 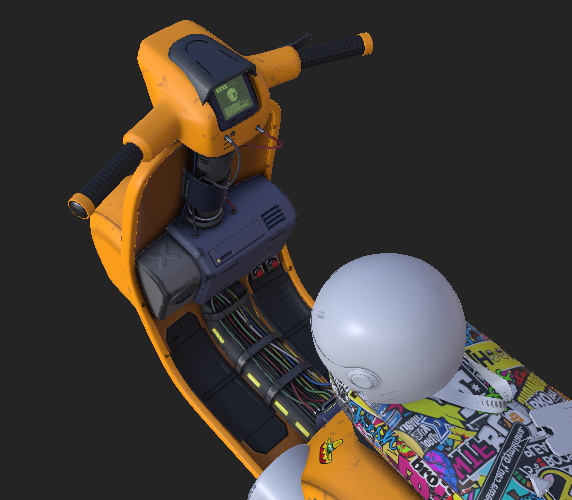 Adding colorful lights and metal panels gave the model the sci-fi look I was going for. Adding text throughout the model gave it some personality and a little background of the world in which this motorcycle lives. If you’re wondering how I created all these awesome text effects, I’ve got just the thing for you: it’s my own Alpha Text tool for Substance Painter! Feel free to check it out. #ShamelessSelfPromotionButIt’sActuallyUseful

I’d say I used half of the total time spent on this project in the texturing phase, and it was well worth it! I finished this model and uploaded it to Sketchfab just in time for the challenge deadline and it won 2nd place! 🎉

While waiting for the challenge results, however, I figured I should make some delicious renders of my new sci-fi road machine, so there was the next phase: 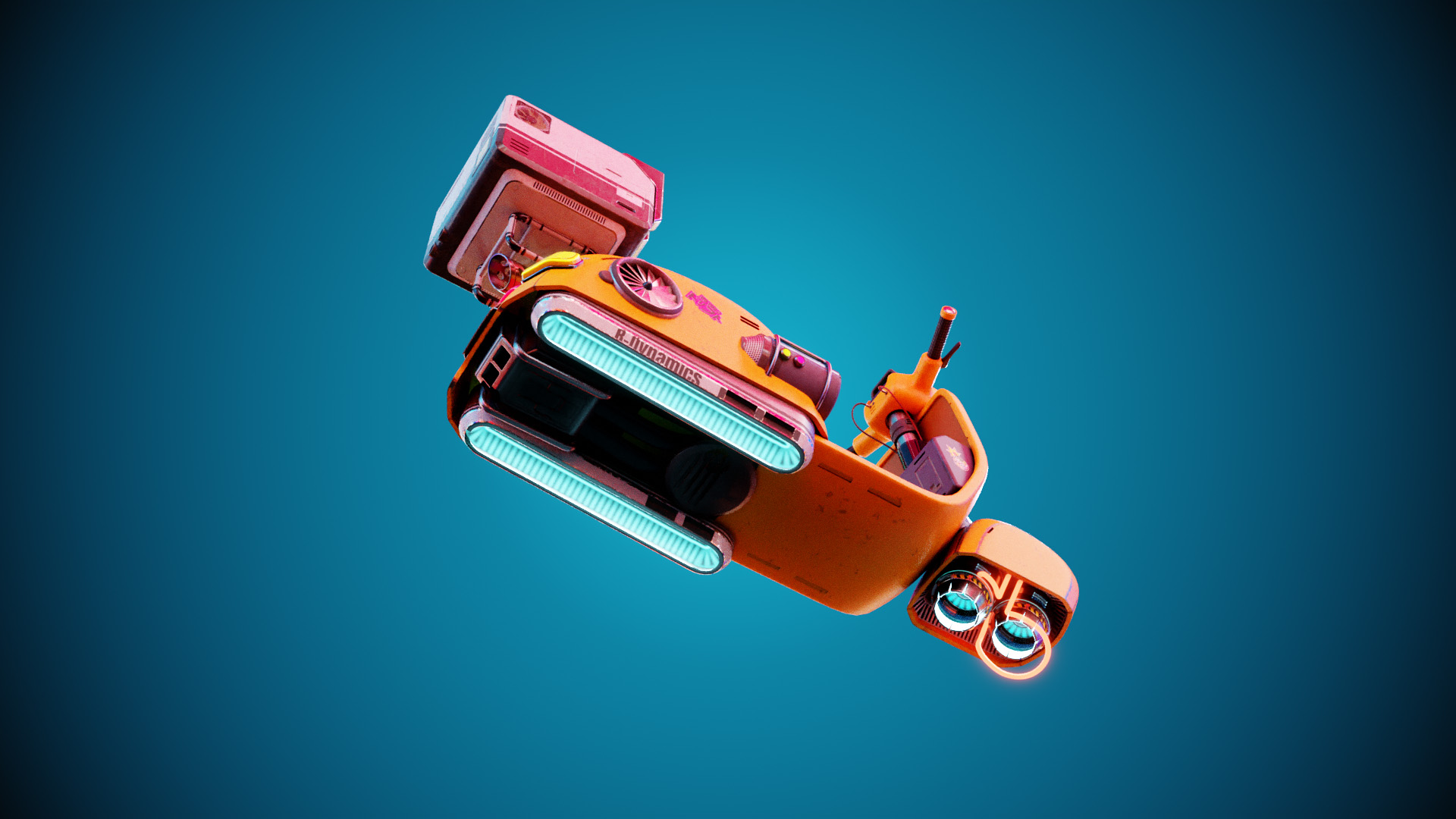 To put a piece of artwork in my portfolio I have to present the model in the best way possible. I try not to stick to realistic lighting so much because this is my own fictional world, so it can be better than reality. I started by imagining how the world around it would look. It has to be futuristic, so the world will have a lot of artificial lighting such as neon lights, giant screens, glowing billboards, etc. And as the motorcycle is a delivery vehicle with a street racing vibe to it, nighttime would be a perfect match for the atmosphere and the background of this motorcycle.

Now that I had it planned out, I got a busy night city HDRI, and I began placing lights in the scene with the purpose of highlighting the main places of interest, separating the model from the background, and making it the star of the scene. 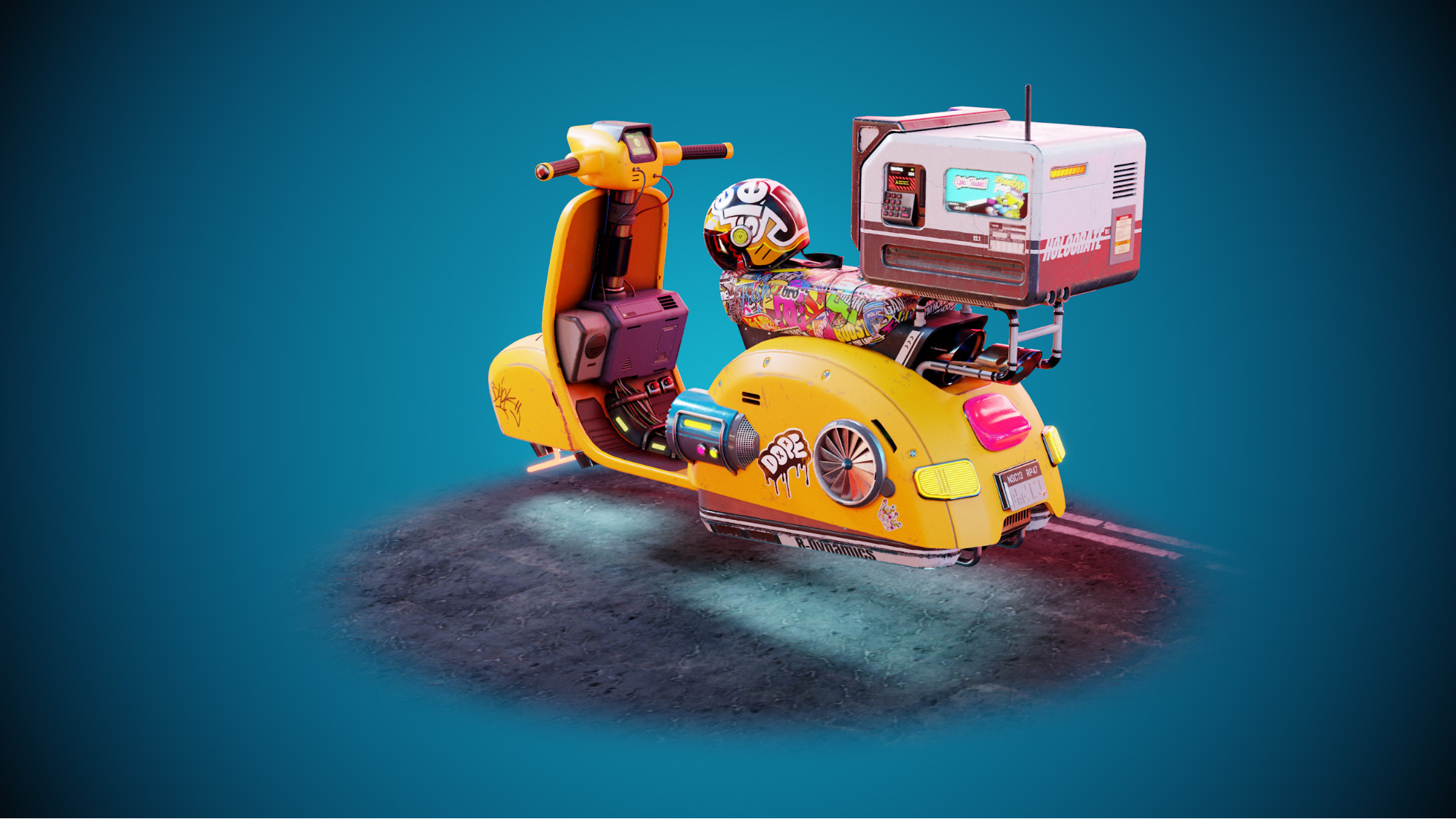 Thanks for spending the time to read this, hope you learned something from my process or found it entertaining, at least.

You can find me on Discord, Instagram, ArtStation or probably anywhere with delicious pizzas, good music, and a subtle breeze. Links are down below. 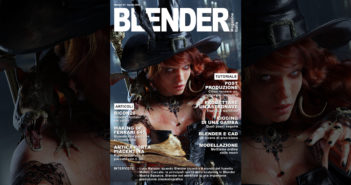 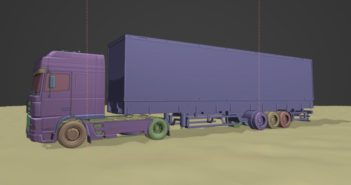 Next Article How to rig and animate a semi-trailer truck in blender 2.83 in 8 minutes