Blender 2.90 is right around the corner, bringing with it a treasure trove of new features and fixes, including updates to the Ocean modifier.

Phil Stopford, who has been working on the ocean modifier for the past few months, has added a Spray option to the Ocean Modifier, which can be accessed in the foam subpanel.

When activated, it generates a map that can be used to define the velocities for spray particles.

Currently, you can access the generated map via the attribute node in the shader editor.

You can access the generated spray map by using the attribute node.

Support for baking is already being worked on and should function similarly to the baking of Foam maps: The baked spray map sequence will be found in the designated cache folder, and can be used to drive a particle system to generate spray!

@BlenderToday on twitter is asking for cool artwork for the Blender 2.90 Release Notes page showcasing this feature, making it the perfect time to dive in (pun may or may not be intended)!

Hey #b3d! Have you used the new eigenvectors in the Ocean modifier in Blender 2.90? https://t.co/0rcH1vBv7i #b3d pic.twitter.com/treEkjoR5A 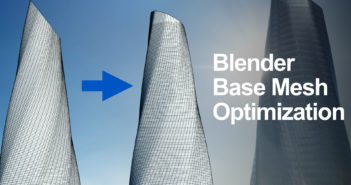 Previous ArticleProcesses to optimize base mesh for a parametric tower 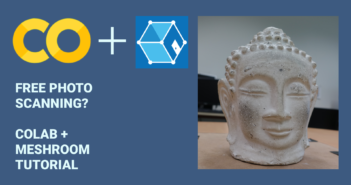