Ever since joining the Blender developers team in late july 2019, Pablo Dobarro has stunned the Blender community with his incredible break-neck pace of development: over the course of one short year, he completely overhauled Blender’s sculpting tools, refactoring it and adding features that became the envy of DCCs everywhere.

A short highlight overview of his greatest achievements includes the voxel remesh operator, the ever expanding pose brush, the internet-breaking cloth brush, new masking tools, as well as new vertex color paint brushes. Pablo’s twitter feed reads more like a 3D sculptor’s wish list, only by the time you finish reading it Pablo would be already committing new tools and updates.

Pablo’s latest addition to the sculpting arsenal is the Boundary brush, which is a boon for editing hard surface and cloth objects. It’s designed to deform meshes according to their boundary edge loops, using bend, expand, inflate, grab and twist deformation modes, giving a more “geometrical”, origami-like approach to mesh manipulation over the traditional organic sculpting workflow. One stand-out feature of this brush is the ability to create repeating patterns, which drastically enhances the workflow for the creation of design and cloth motifs. He demonstrates this in a twitter video he posted where it takes him only a minute to create a stylized Skirt.

The Boundary Brush falloff modes are now in Blender 2.91.
This is how they can be used to create a stylized skirt. #b3d #devfund https://t.co/1P8KOnb9JK pic.twitter.com/RUbeSZtpVf

The cherry on top of the perfectly sculpted cake is the added support for cloth simulations while deforming using the boundary brush (it works with the pose brush as well), adding the ability to create compression folds and pushing the “boundary” of what this brush can achieve with a couple of strokes, as demonstrated in the video he posted on twitter below:

This brush will shave minutes by the dozen from the cloth creation process in a sculpt all while achieving better looking results, in a more efficient way and accessible way. It also opens up the sculpting toolset to broader asset creation workflows. 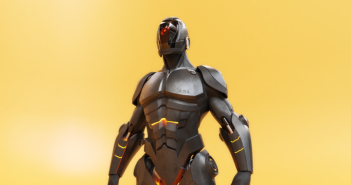 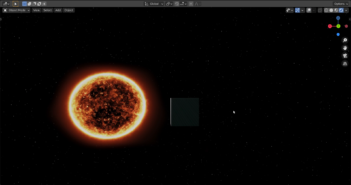 Next Article Add nebula and sun to HDRI