I'm glad to present a Behind the Scenes for the first time.

I am Chi-won Choi, a concept designer in South Korea. I am an amateur artist with one year of experience. I worked at a mobile game development company to create in-game backgrounds and in-game resources using Photoshop.

The reason that I started working in 3D is that I experienced tendon inflammation in my hand, which made it hard to sketch things.

So, after work, I have been studying 3D tools (Blender and Substance Painter) on my own. Mostly I use YouTube tutorials. 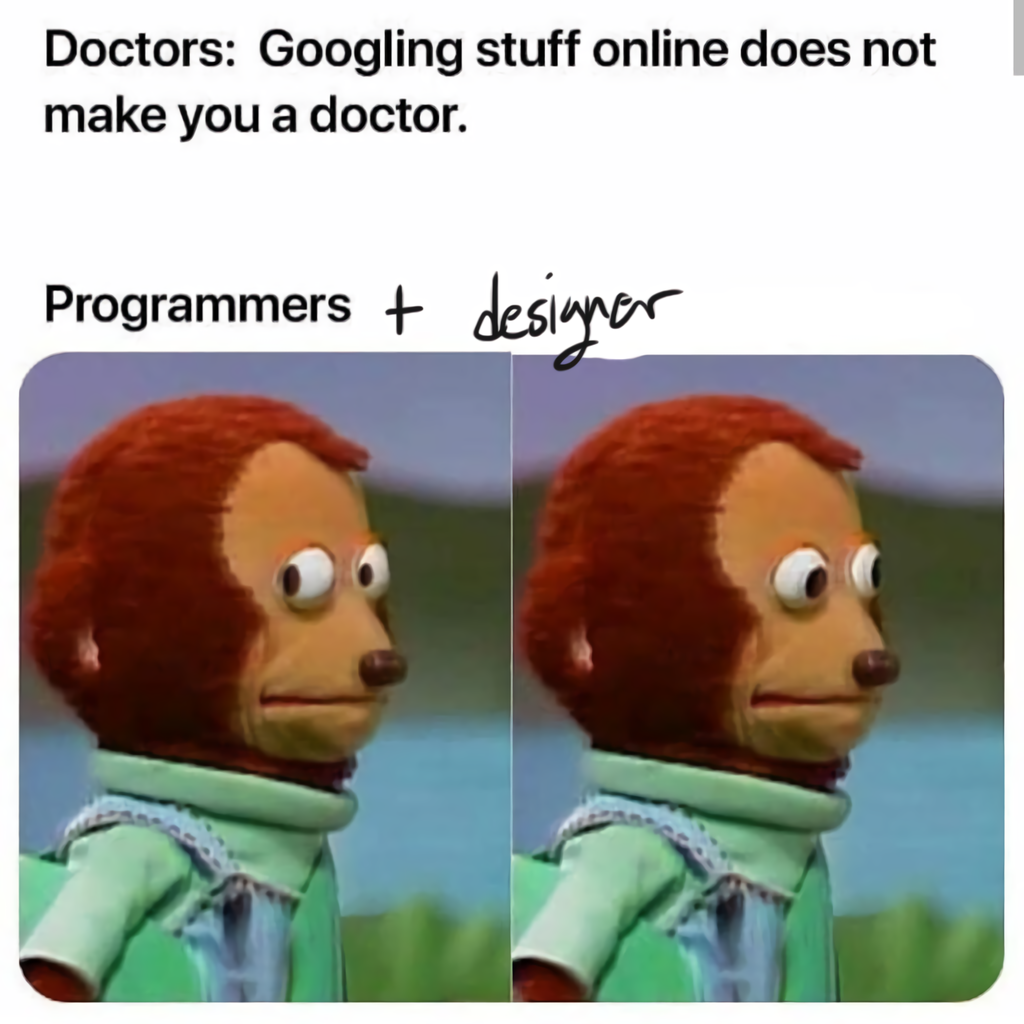 The inspiration for NEST came from seeing Red Hong's work that taught me design. I was also inspired by concept art for Fast & Furious Spy Racers (here, here, and here).

The work began with the concept of what would happen if my surroundings were designed as space for other people to live in.

I began with photos that I took myself so that I could recreate the entire space using Blender.

Some of the resources used in my work: 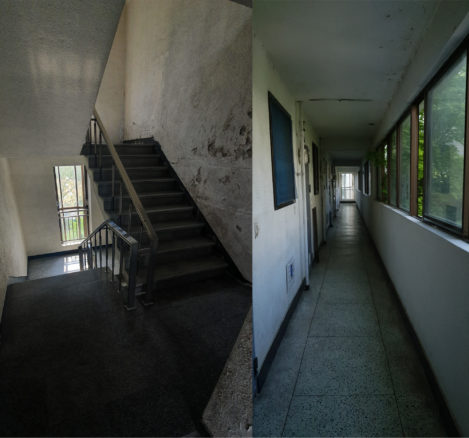 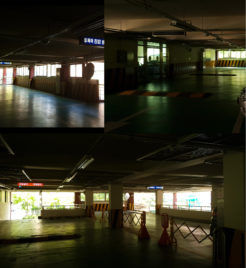 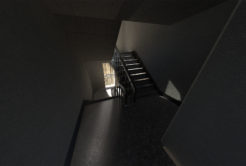 I made the scene with Blender. 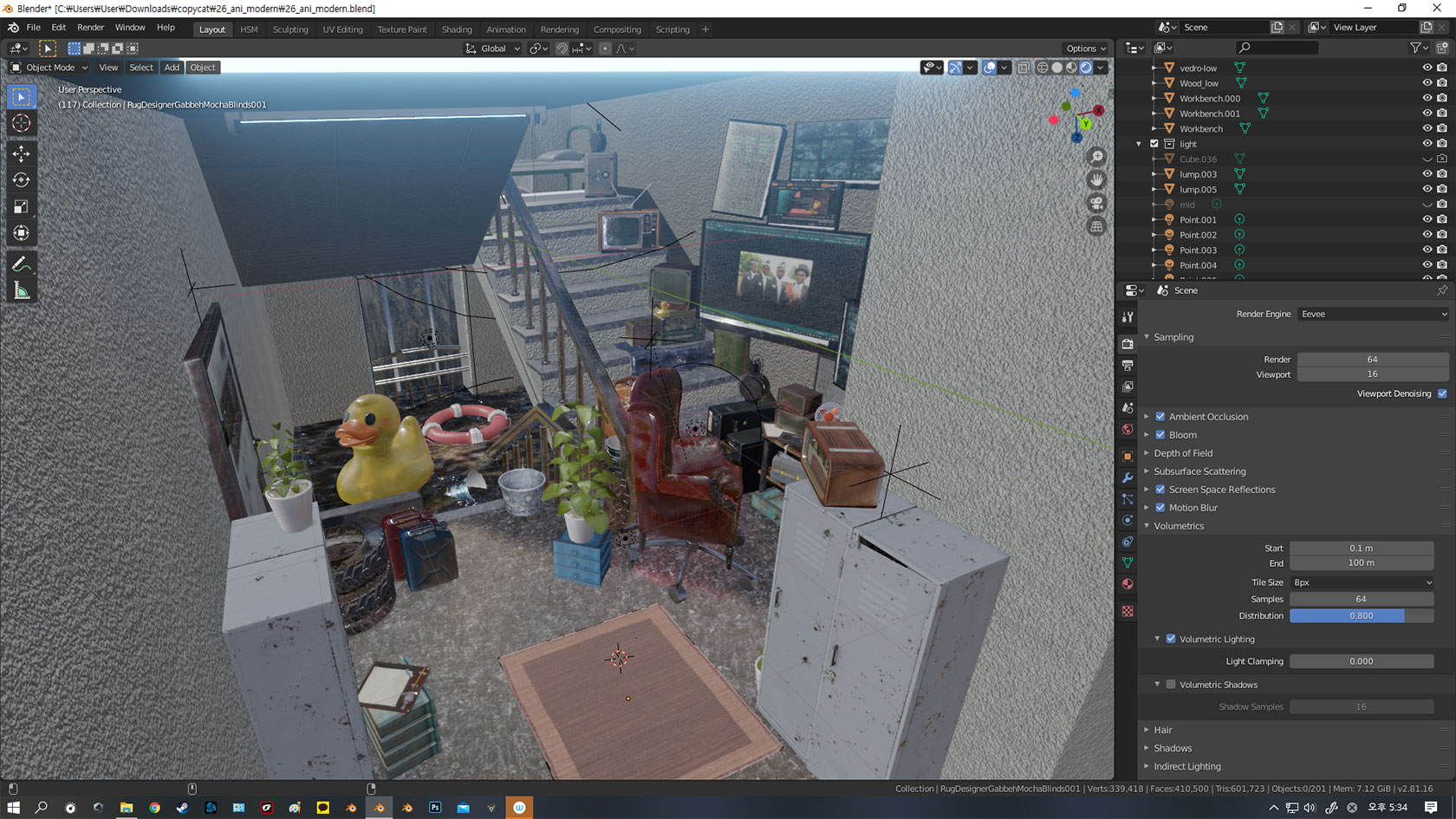 I then added some readily available assets, which I had made myself or purchased directly. 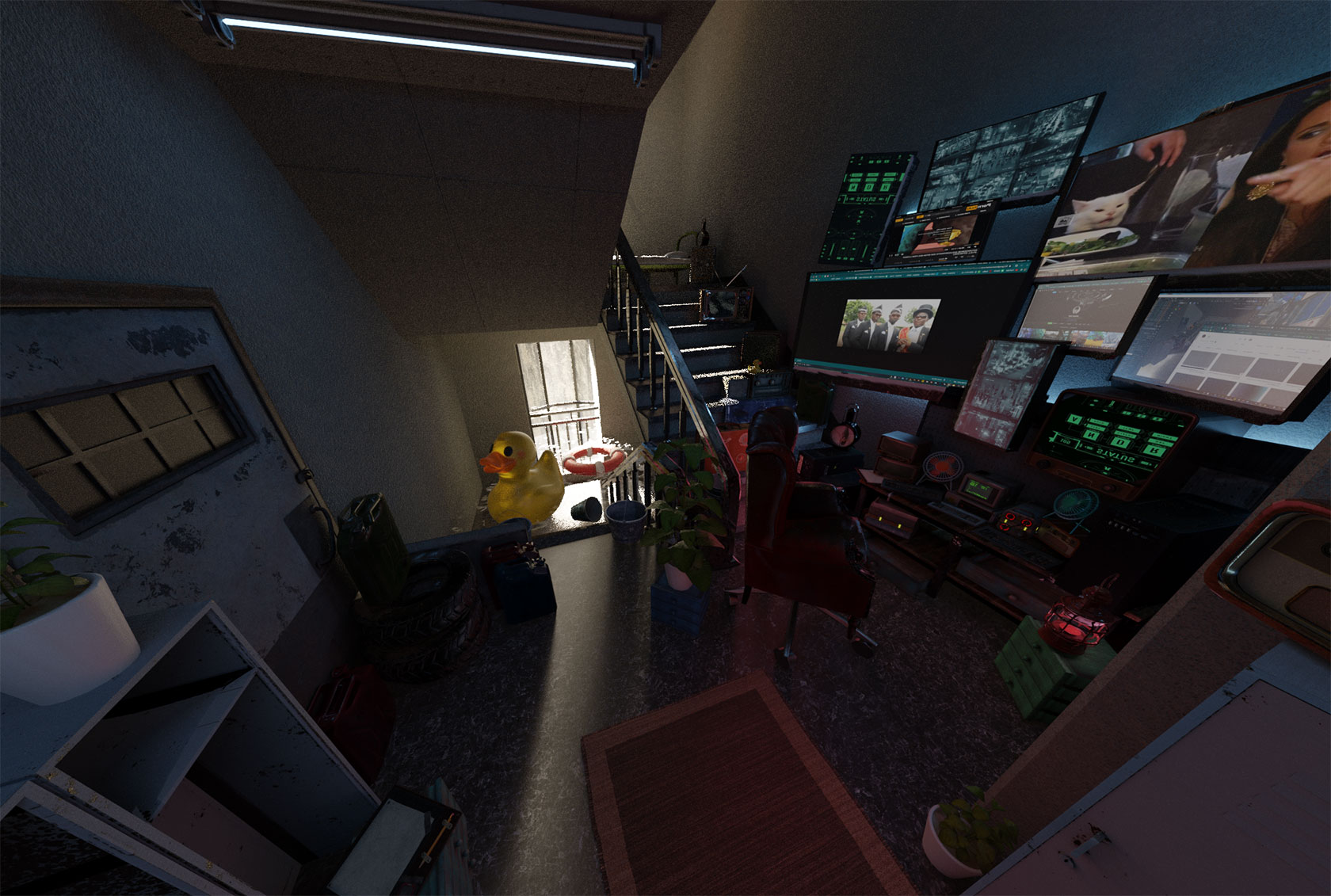 I rendered the scene in Cycles. 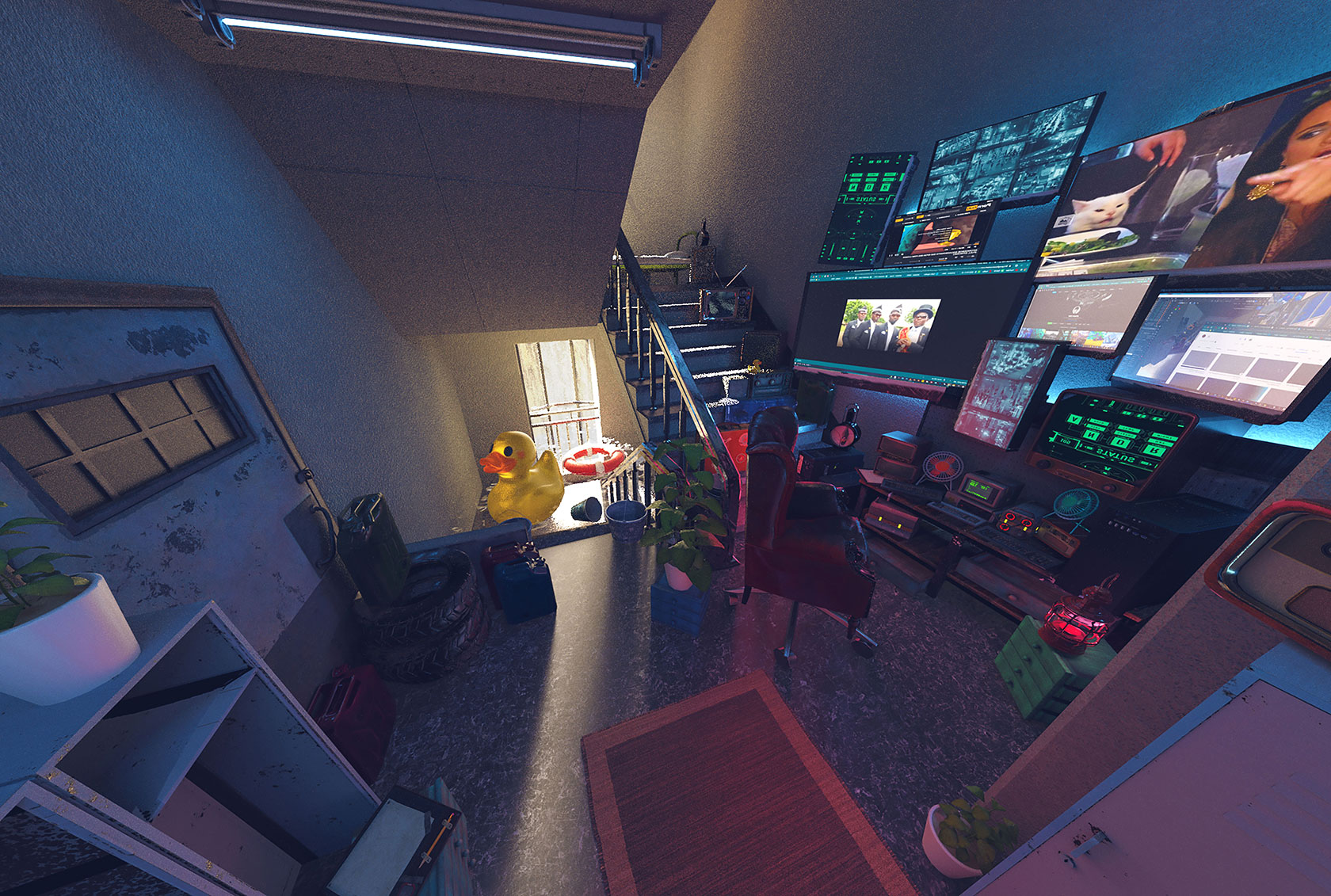 During compositing, I increased the saturation and emphasized blue ambient light. 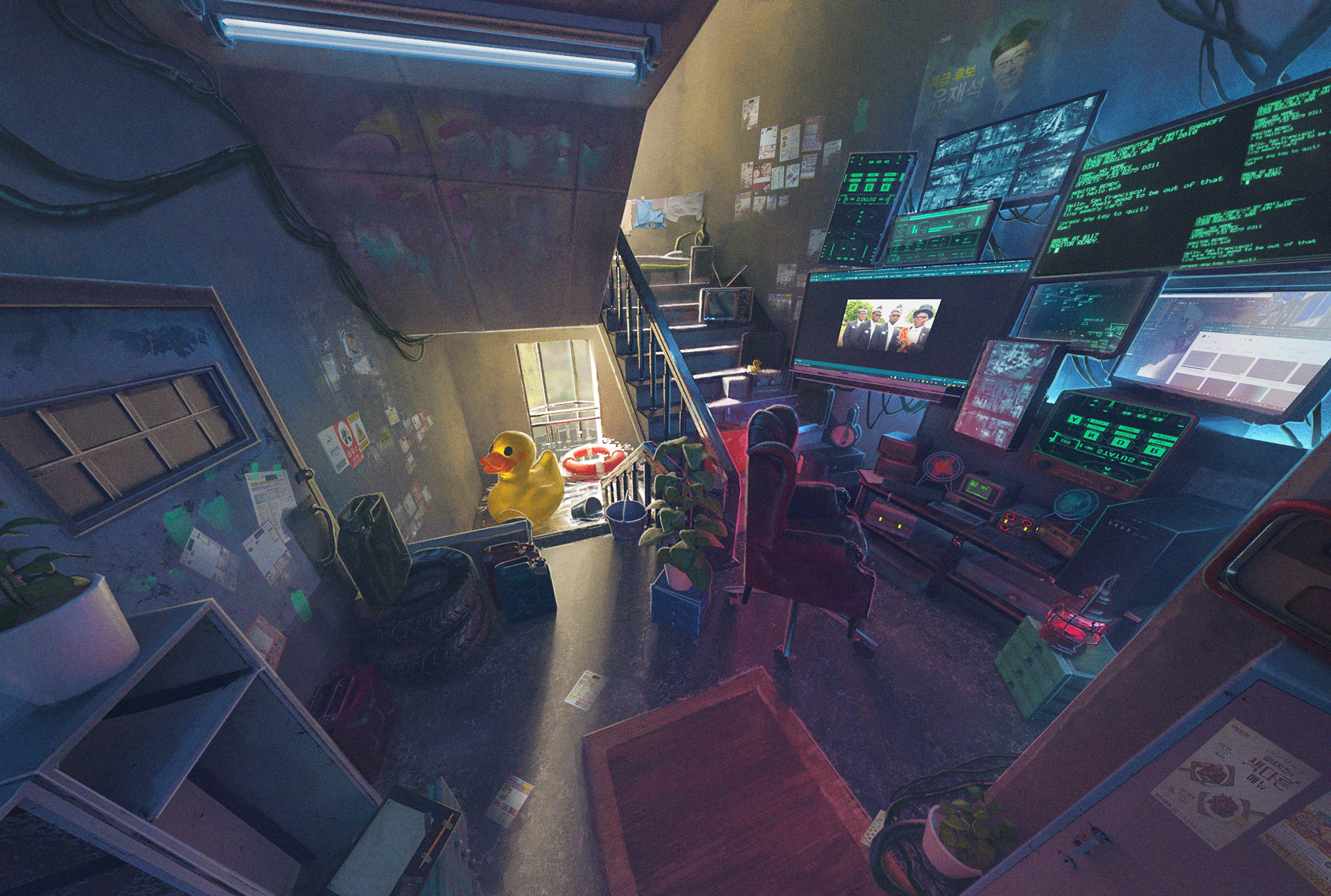 Finally, I edited the scene in Photoshop. 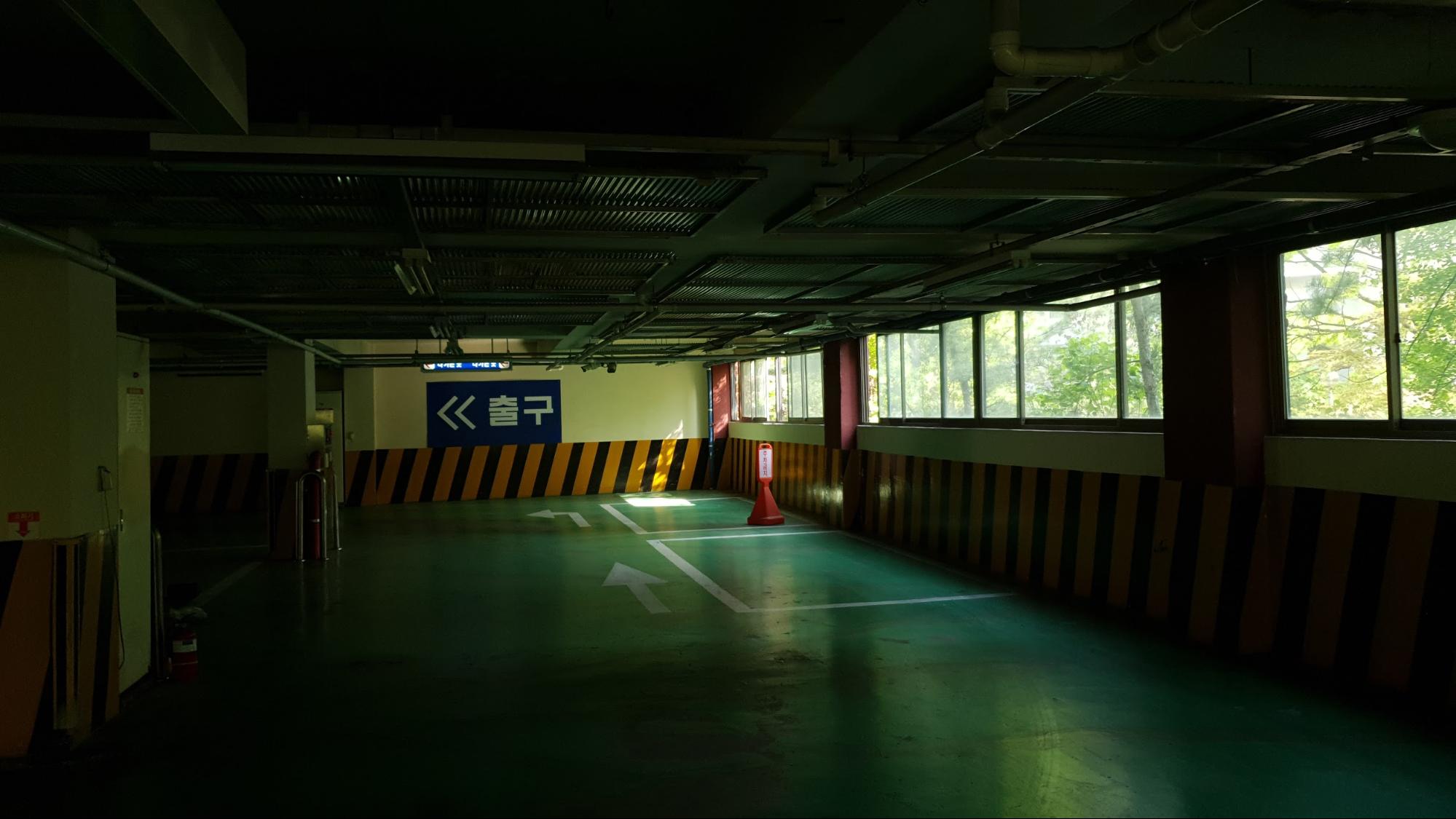 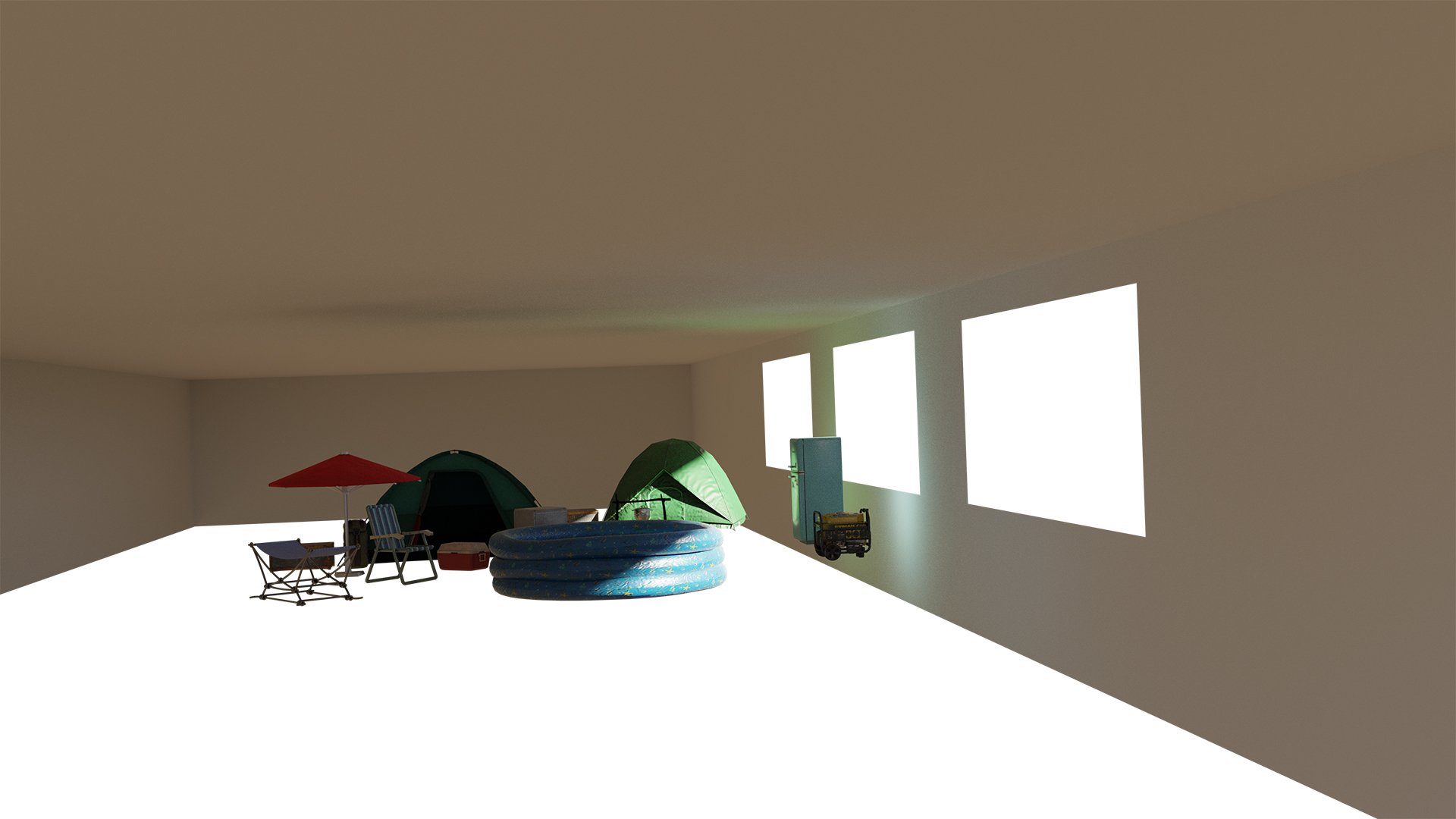 In this instance, I set the lighting coming from the window and added assets. 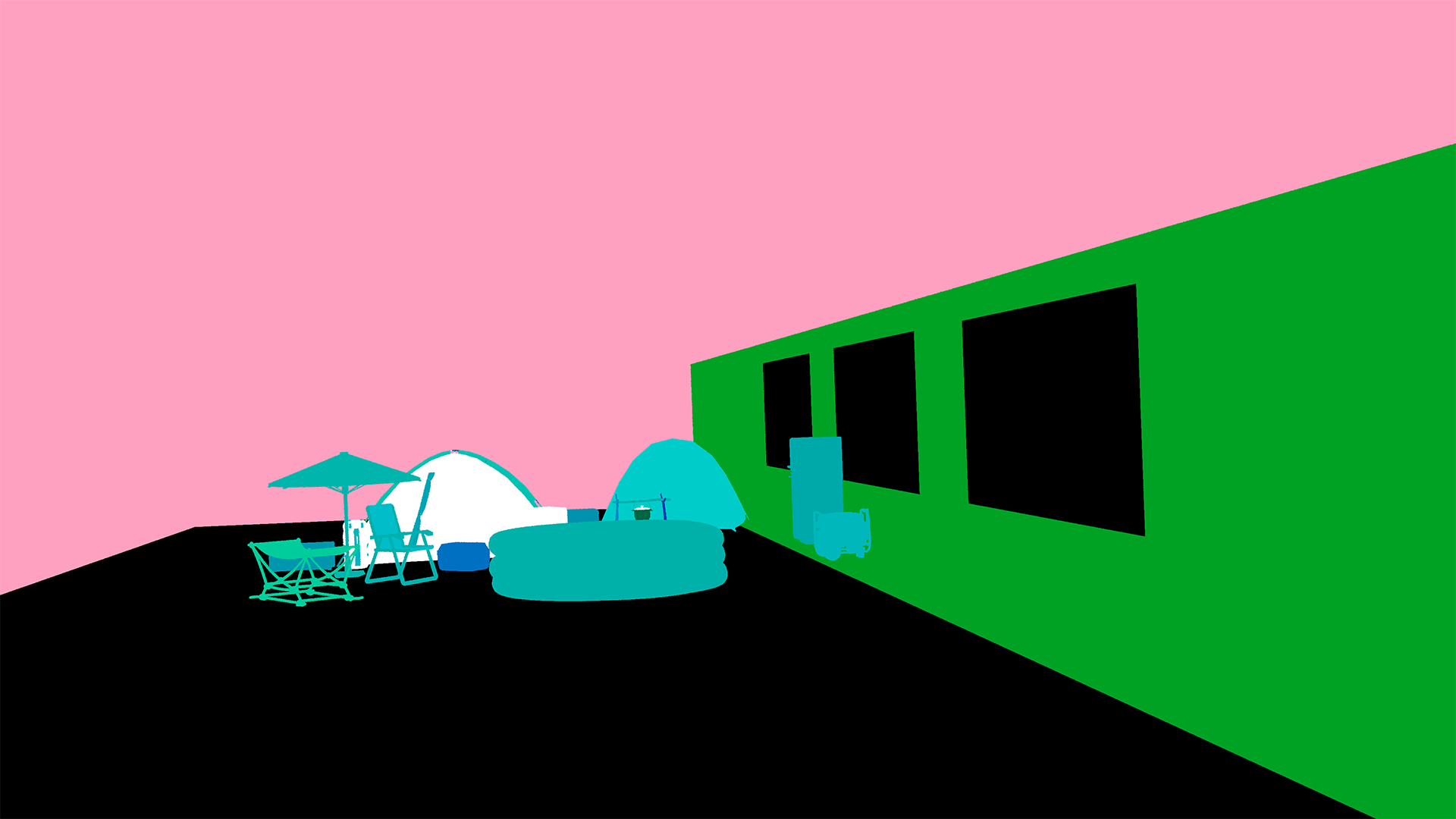 If you use Cryptomatte, you can easily separate out the background in Photoshop. 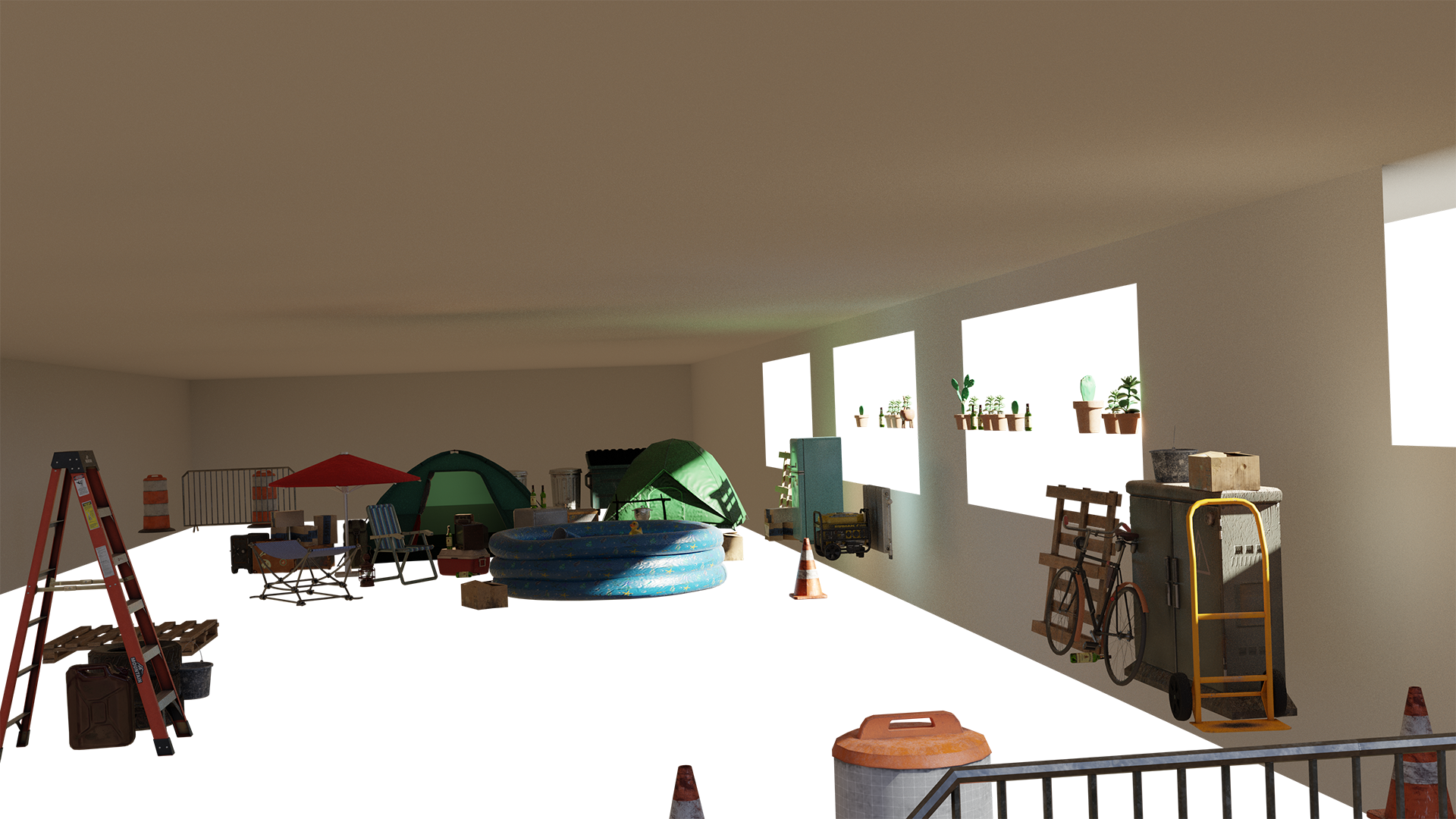 I kept adding assets and removed the floor because I didn’t need bounced light. 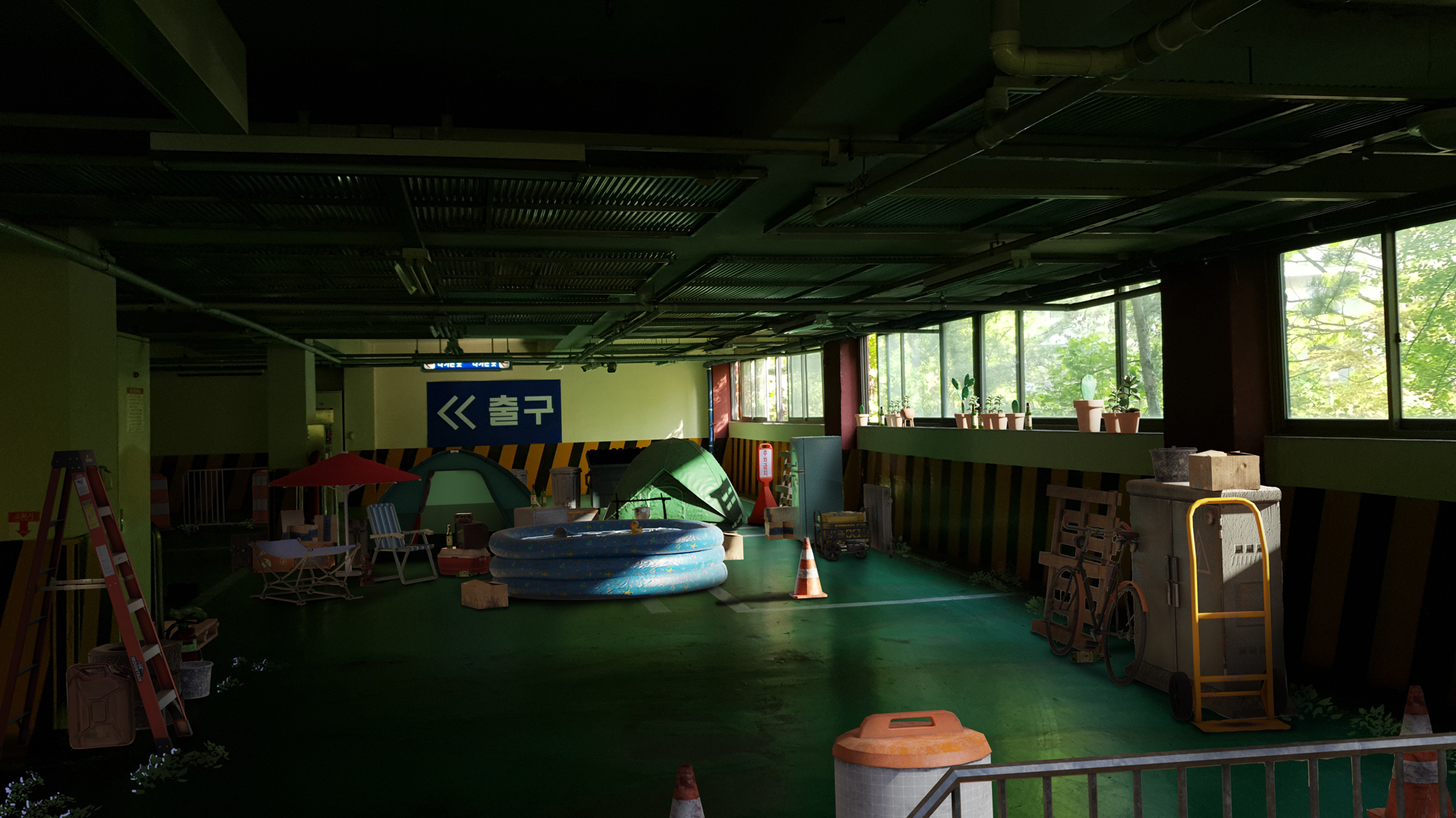 Then I combined the assets with my resource photo. 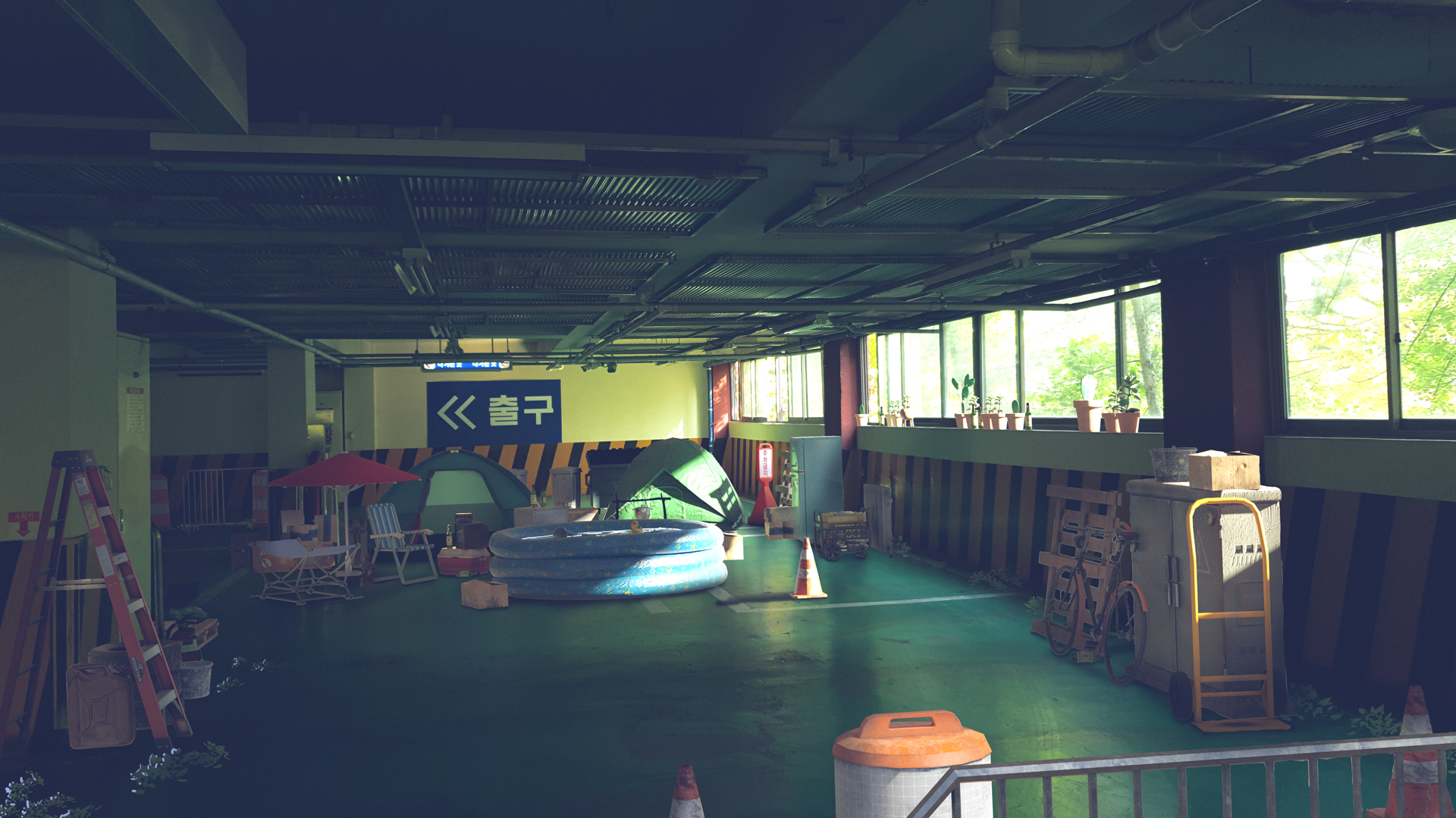 I changed the ambient light with Photoshop, which can be much faster than Blender. 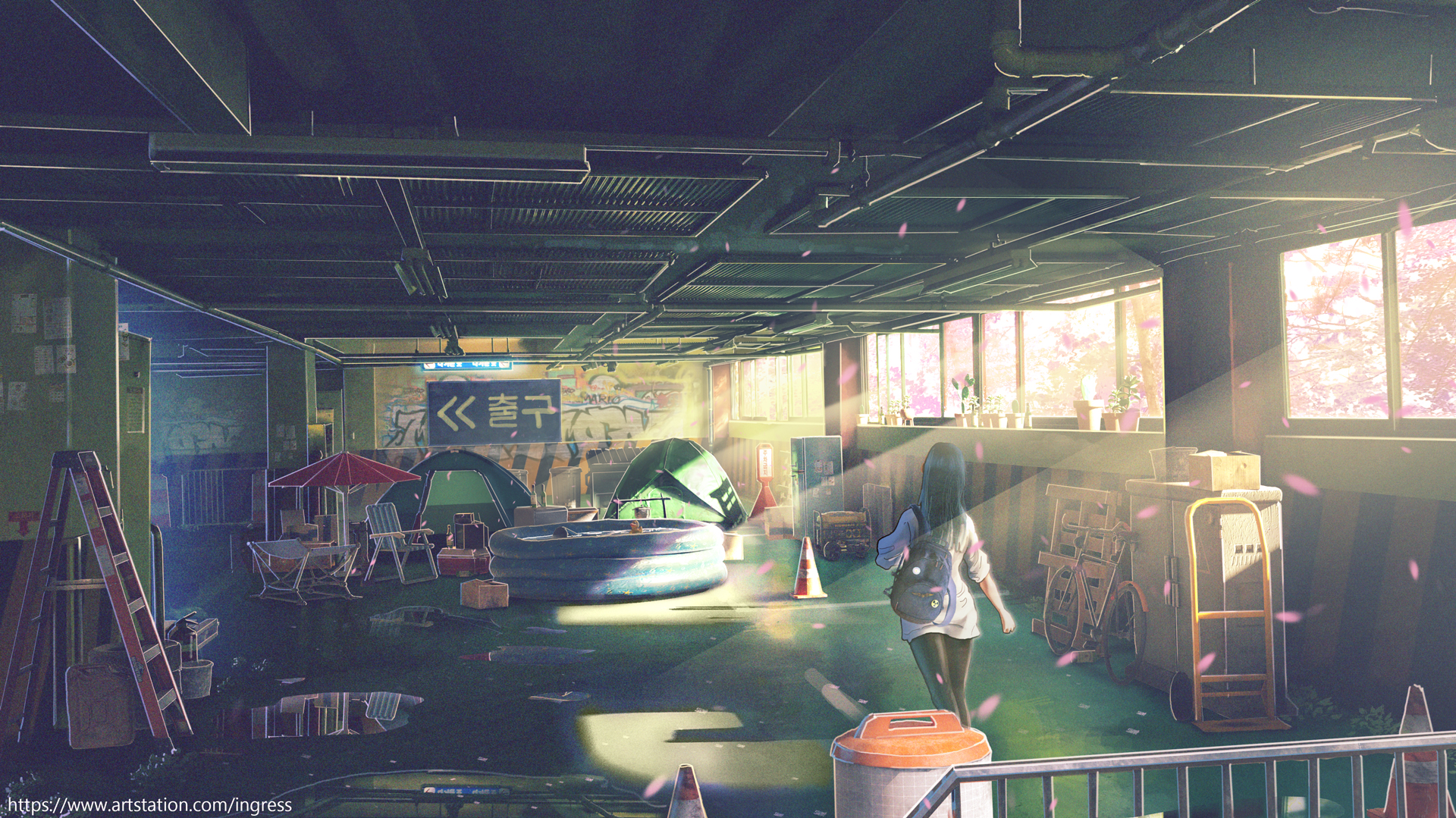 I completed the editing in Photoshop and it was done.

Painting (or design) is not easy. Beginners don't know 'what to draw' or 'how to draw' and the results can be bad compared to others. But that’s okay. Feng zhu once said it like this: ‘This field is no magic, no cheat, no shortcut.’

You must keep trying, comparing your work to good works, sketching, and following tutorials.

Sometimes design can be lonely and difficult, but I hope you will not lose your personal creativity. I hope your work is done well and that you have a good day. 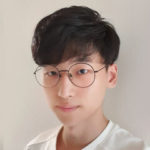 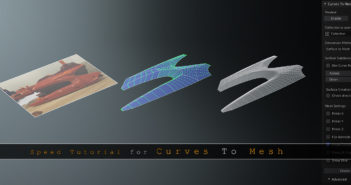 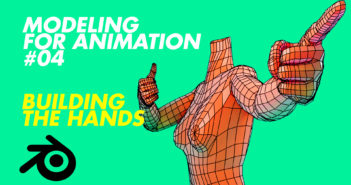 Next Article Modeling for Animation 04 - Building the Hands!