For the past 15 years blender has been the weapon of choice at Sakari Games. A small indie developer located in Antwerp Belgium. Over time the amount of game studios in Belgium expanded a lot and most of them went for the traditional Autodesk toolset. The reason however is starting to fade. And fading because of the same realisation Pepijn Rijnders, the owner at Sakari Games, made 16 years ago. 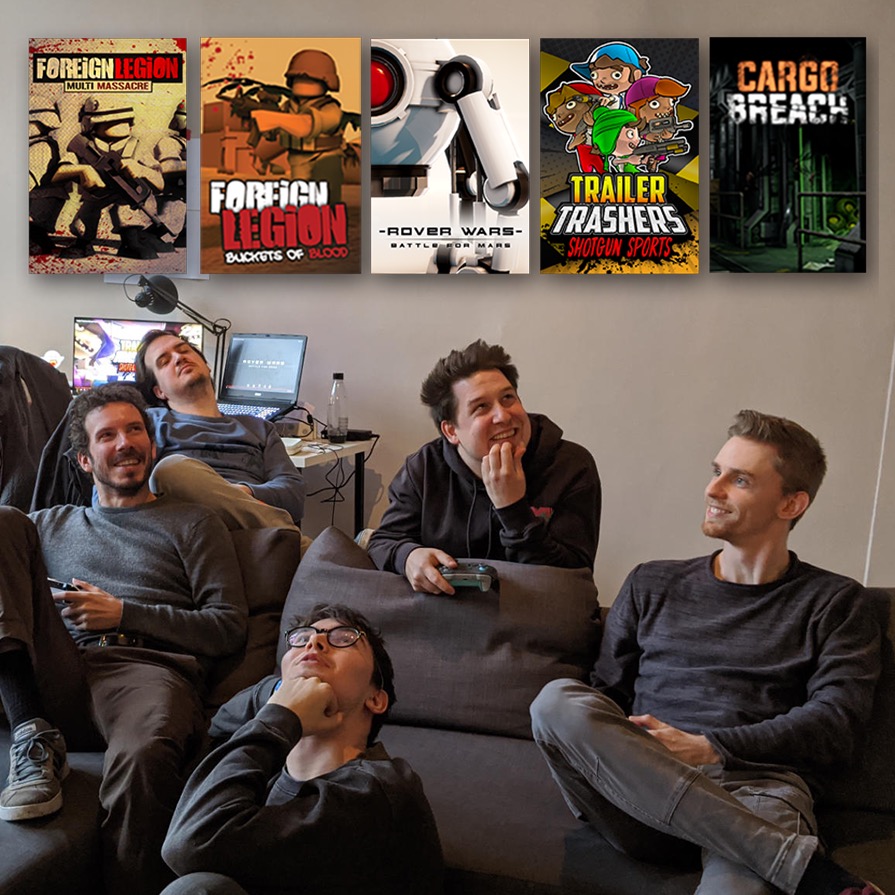 At that time he was still working at Playlogic and baking lightmaps for entire levels of the never released game named Wizards of Funk. When working on tasks that take up a lot of dead time there are two factors that are very important. Stability and recovering time from crashes caused by instability. Autodesk Max just did not deliver that. And that led to a lot of frustration. Working overtime just because of the software crashes feels like a waste of time especially when you could spend it with the wife and kids. So instead of waiting for the next crash Pepijn started googling for alternatives to Max, the software he used for the five preceding years. 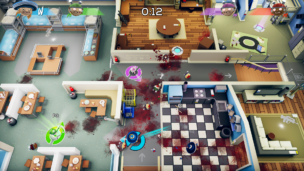 Maya, Lightwave, GameMax and Blender were tested. The main concern was recovery speed and unwrapping and stability. Recovery speed is considered the amount of time it took to start working or baking again after a crash. Blender really kicked all competition right out of the field as it loads in seconds and had no trouble with the sizes of the scenes. Back then Max needed several unwrapping plugins to make life slightly comfortable. Blender had this amazing tool that you could use. You just selected the seams on the model pressed U and voila, model unwrapped. It was a bit awkward to right click to select, but it was so freaking fast; Tab to go into edit mode, select all those edges, one keystroke and boom done! Not some endless stack that could break at any time, just raw poly editing... I totally loved it!

Playlogic had some trouble with finding the right projects to work on, so when months of baking scenes concluded there was more and more time to explore Blender. The interface of 2.67 was downright confusing, but once you understood the philosophy it felt like all the tools were at your fingertips. You just had to teach yourself what finger to put where to use the correct tool. And once again that did not always make sense, but it was better than clicking in a stack in Max.

After leaving Playlogic, Pepijn took the freelance path for a few years and kept learning more and more about how to use blender as a games developer. In 2007 he founded Sakari Games and in 2008 the first game, Foreign Legion was made. Utilizing Unity 3D, that had its first release on the first global game jam that year, and obviously Blender.

At that time 99% of all game developers in Belgium still used Max, and up till now 99% still does. But you can feel the tides changing. Even the people that are most rusted in Autodesk start to feel there is a new breed growing. As it may be the fact that Autodesk dictates the workflow, it does not deliver the best utilities when it comes to something as versatile as making art for Games. No need to explain here why Eevee is so amazingly useful for game development. The fact that Autodesk lacks such a feature set is what has awoken other developers. 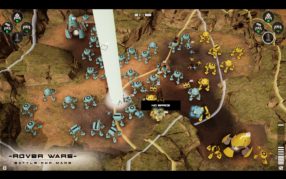 Sakari used to have some trouble with finding artists that could adapt to Blender, especially with the pre 2.8 versions where it was an incredibly tough switch to make for an artist. Then again even some schools in Belgium thought ahead of the curve. Luca School of Arts teaches Blender in their Game developers course, and that made the school an interesting pool to fish fresh talent from, Matthias Vandeurzen, Matti Pryck and Pieter Geussens all displayed their talents and discipline in Blender. Because of this, they found work at Sakari Games. Or the SintLUCAS in Eindhoven, the place where Blender was born, is still using and teaching Blender.

Recently Sakari Games finished two games in less than six months on Steam and Nintendo Switch with the XBox One versions soon to follow. When you start the games they state “Made with Blender” and it is something the team is very proud of. If you are interested feel free to check or maybe even wishlist them on Steam. They are called Trailer Trashers: Shotgun Sports and Rover Wars: Battle for Mars. Rover Wars Releases April 17th on Steam and Switch. More can be found on their website.

Maybe it was just by coincidence that Sakari ended up using Blender as their go to software, but it turned out to be a really happy accident that lasted for over 15 year and still is to this day. 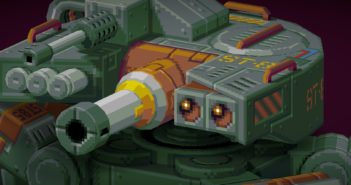