In this Video, we will be looking at Version 1.06 of the free add-on, The Darkfall VFX Nodes. This update, I decided to show the Glitch Node some love and made some improvements I wanted to share with you.

If you have used the Glitch Node previously, you will probably notice two new things when you add the Node to your compositor. First, we have an "Area of Effect" option. We can add the Glitch Effect to the whole video or you can now selectively add the glitch to the background or the foreground actor (by adding a mask).

I also wanted to speed up the process of adding the Glitch Effect. Previously we had to add a keyframe and then add a modifier to make the Lines move around. Now, we no longer have to do that. We can still make adjustments to the speed and distance by going to the Graph Editor.

If we want the Glitch Lines to move greater or shorter distances, we can adjust the Strength Value. In the Video, there are three example videos and they all used a Strength Value of 700. I suggest playing around with both of these values to get interesting and varied results.

What do you think of the Glitch Node? Let us know in the comments below!.

I hope you find this update helpful and I hope you are enjoying the VFX Nodes Add-on!. 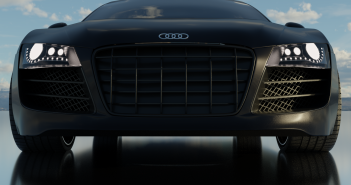 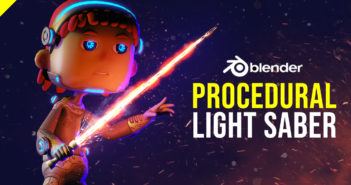