I’m a 3D character artist for cinematics and recently got into sculpting for collectibles. I’m from Banjarnegara, Central Java, Indonesia. Currently, I’m still studying in college, so I only do freelance work so far. I got started learning Blender and 3D because I love animation and games cinematics so much! Disney movies, superhero movies, and Blizzard’s cinematics are the biggest things that have influenced me up to this point. I think that’s also why a lot of my characters are superheroes and some have a Disney-Blizzard-ish feel to them.

I didn’t go to school for 3D in general. I have mostly learned 3D from the internet and books. I learned from sites like CG Cookie, Gumroad, ArtStation, YouTube, and, of course, BlenderNation.

I probably better not talk about my freelance work since I don’t want to get in any trouble :D But the personal work I’m most proud of is my latest works, Colleen Wing and Tony Stark, because they have taken the longest. These two projects got me out of my comfort zone and pushed me to study a lot about realism and anatomy.

Even though I’m a 3D artist, Taylor Swift inspires me a lot; her attitude in art and music creation has influenced me to keep climbing in the 3D industry. I think Shake It Off is one of her songs that speaks to me, you know—like it doesn’t matter what people say when they are trying to put me down, I’m just going to keep working on my stuff that I really love (don’t get me wrong, sometimes it’s a good thing, too, to listen to people).

Disney movies, superhero movies, and Blizzard’s cinematics are my biggest inspiration. If I want to be specific, Moana and Frozen are my favorite Disney movies, The Avengers: Endgame and Wonder Woman are my favorite superhero movies, and I love Overwatch’s short film from Blizzard. Also, lately I have been inspired by Spider-Man: Into The Spider-Verse and League Of Legends music videos. Artists who inspire me are: Kent Trammell, Rafael Grassetti, Blair Armitage, Dan Roarty, Frank Tzeng, Gleb Alexandrov, Julien Kaspar, Marlon R Nunez, Qi Sheng Luo, Renaud Galand, Vimal Kerketta, and a lot more. Also, I still get a lot of inspiration from Spider-Man PS4, Tomb Raider, Grand Theft Auto, etc. I can talk for hours about inspirations.

So far, I stick with Blender, Marvelous Designer, Substance Painter, and Photoshop. I tried 3ds Max and Maya before, but they didn’t click with me at the time. And now I’m learning ZBrush to expand my workflow.

Cool. It’s a good time to talk about my Colleen Wing project, but I am just going to explain it briefly. I started the project by sculpting the body from a base mesh that had already been created. I had to start the head from a sphere because I wanted to capture the uniqueness of the face from scratch. I sculpted with dynamic topology in Blender and then retopologized later, also in Blender. In case you were wondering about my sculpting workflow, I have a timelapse video of me sculpting Cowgirl.

For the clothing, I used Marvelous Designer for the base cloth and then sculpted all the detail in Blender. I believe that if you only use straight mesh from MD, the result is never as good compared with the one that has all the detail added manually. Skin textures were painted manually in Photoshop, and for the wall and the fabric textures I used Poliigon. The hair was groomed in Blender. And the whole scene was rendered in Cycles, with final compositing in Photoshop. For other details, I think it’s best to ask questions in the comments so that I can answer them specifically.

These books have helped me a lot and they are always at my side for every project. 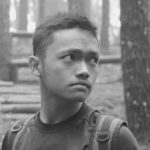 Yuditya Afandi, born in 1999. I’m a 3D character artist and passionate about modeling and sculpting. I love drawing, too! And I’m a big fan of Taylor Swift. 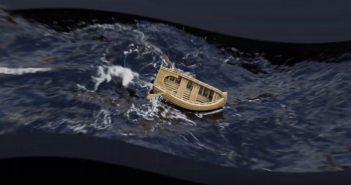 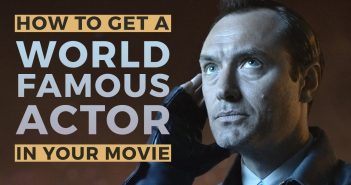