Blender is a very versatile animation editor, but at the time of writing there are no built-in tools for easy sequential / procedural animation for motion graphics or video titling, such as text building up letter by letter, or a range of objects moving in or out of the screen one by one.

There's the prospect of Everything Nodes, but it will take another while before that will be finished in Blender.

Luckily, there are a number of add-ons that already facilitate this type of animation for motion graphics and moving infographics, turning Blender into an alternative to After Effects or Apple Motion.
We will discuss some of those add-ons in this article.

Text FX is a free, user-friendly add-on by Code of Art that offers several options to procedurally animate text in Blender. Once installed, it can be found in the Sidebar (toggle with N key), where you can add a text in Simple or Advanced mode.

In Simple mode, Text FX offers text appearance effects such as a typewriter animation, a scrambled appearance of letters, and incremental digit animation.

Adding a text in Advanced mode offers options like wiggle animation, wave animation and the possibility to copy animation from an object, applied with a sequential offset to each letter.

Advanced mode automatically separates the letters of a text, and parents them to a controller. This isn't necessary when you use Simple mode.

Animax is a commercial add-on created by the developer of Text FX, and might be called Text FX on steroids. It allows you to procedurally and sequentially animate any group of Blender objects, in stead of only text.

Animax works as simple as Text FX. Select a number of objects, group them and add the group to Animax.
Then you need to sort the group and choose an effect from a wide range of sequential animation effects, including explosions, spirals, wiggles and following a path.

Several timing and easing options are available to alter the motion, while everything remains procedural. No fiddling with a bunch of keyframes.

If you haven't got the budget for Animax, you might like to check out Mikhail Rachinskiy's free Commotion add-on, which offers similar functionality for generating sequential animation, but doesn't offer the range of easy presets and some other options that come with Animax.

If you want to go beyond the possibilities of Animax and Commotion, for supercharged motion graphics, you might like to check out Sverchok and/or Animation Nodes. Both are free, powerful node-based procedural animation editors that require some studying before you can utilize the power.

Sverchok is created by independent developers, while Animation Nodes is developed by Blender's own Jacques Lucke, who is currently expanding it into Blender's Everything Nodes project, which will allow you to control just about everything in Blender using nodes. 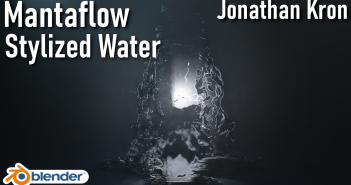 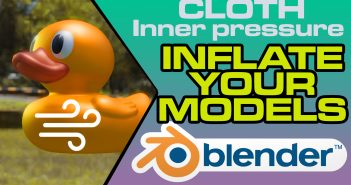