My Sketchfab team mate Loïc Norgeot shares how he used publicly available data and a little math to map 20 years worth of global earthquake data. While not a 'pure' Blender story, I think it offers a nice introduction to data visualisation that will appeal to many readers. Enjoy!

I am Loïc, a French “lots-of-things” enthusiast as I like to describe myself, and, for a few months now, a 3D backend developer at Sketchfab (Yay!).

I first graduated from a French engineering school (Arts et Métiers) with a focus on fluid mechanics, before obtaining a Master of Sciences in Marine Geophysics at the European Institute for Marine Studies (IUEM).

Before actually joining Sketchfab, I had the chance to work in the field of scientific computing and visualization for 3 years alongside researchers at Sorbonne Université, in Paris.

And although I did not have a deep understanding of half of the projects I was working on (in various fields of applied mathematics, archaeology, marine biology…), one thing became clear: I love science (especially when it can be visualized in 3D) !

I discovered Sketchfab while working on an archaeology research project, and quickly became a huge fan of the platform (I can’t tell you otherwise, some of my new colleagues might read this article!) as a hobbyist while experimenting with Blender, programming, photogrammetry, and open data.

And as an exercise and hobby, I recently started having fun (yep, I’m that kind of guy…) creating visualizations based on some of the fantastic datasets available online, most often by writing simple Python scripts allowing me to map data to point-clouds 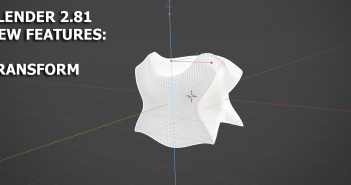 Next Article How do PCBs work?