Blender fans would be interested to know that Blender was used for the overall VFX of the movie Cosmos (2019). See attached screenshots.

More photos of the movie on the IMDB site.

THUMP. THUMP. THUMP. A clean, crisp signal cuts through the static and noise of space. When you've spent years listening to the sounds of the cosmos, you get used to hearing weirdness, but Mike Webster knows this is no ordinary signal. It's not a pulsar or a black hole, it's not interference, it's something different, something logical, something with purpose. As part of a three man astronomy team crammed into a car kitted out with all manner of stellar studying equipment, Mike is reluctant to jump to grand conclusions about his little discovery, and secretly transmits a response to the signal. Pointless, he knows, even if it was from intelligent life, it'd take thousands of years for his response to reach them and thousands more for them to reply. But when he does receive a response just hours later, his scientific understanding and that of his fellow hobbyists, is shaken. Could this be genuine? Is there more to decipher from the message? How could a reply come so quickly? Before ...

If anyone has more updates on behind the scenes or how Blender was used, that would be great to know. Cheers. 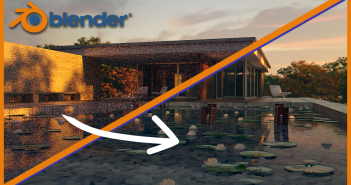 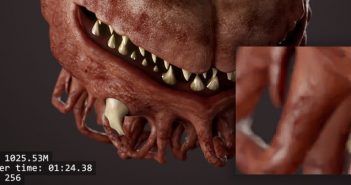