My name is Eugene Demidov. I’m a freelancer from Riga, Latvia and a student at the Baltic International Academy.

My acquaintance with 3D graphics began in 2011, and the first tool I learned was 3ds Max, which I used for interior visualizations. In 2013 I finished my first project. It was a renovation of my room. I made it using Mental Ray while learning how to work with 3ds Max.

Soon after that, I got my first freelance offer. 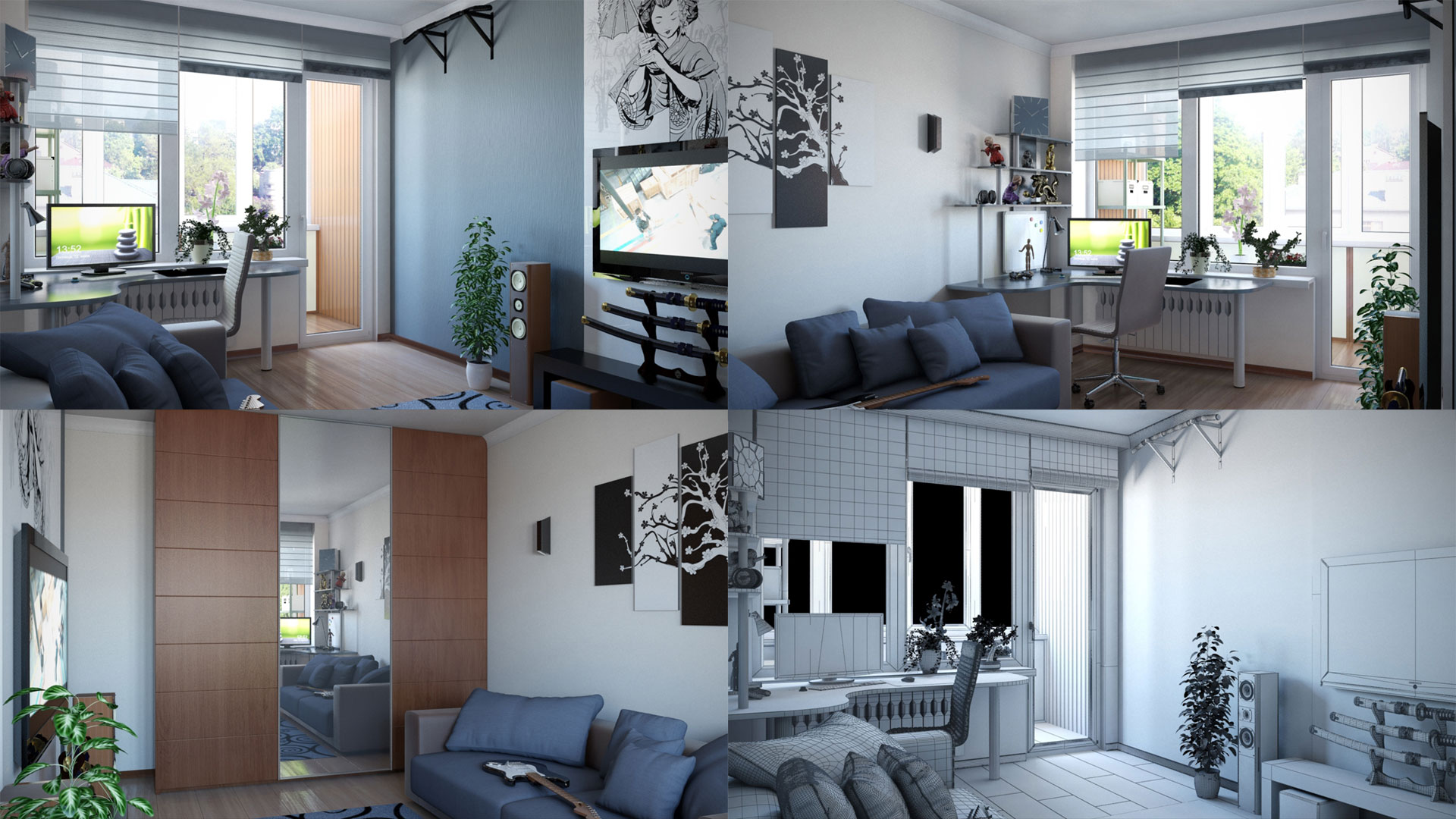 In 2016 I discovered Blender. In the beginning, I used it just for fun and did not consider it to be the main tool for work. All I did was create scenes with MikuMikuDance models.

A few months later, having gained experience in Blender, I decided to try to use it in a freelance project, after which I completely switched to Blender.

Inspiration and Making the Scene

Every day I browse the internet in search of new ideas for interior scenes. For this scene I found inspiration on the Houzz web site.

The next step was searching for reference images to make props, like a coffee-mill, coffee pot, and metal containers. All the references were saved in PureRef. I decided to use a few old types of kitchen items. They remind me of my childhood, and a warm, homey atmosphere.

When I finished with references, I started making the scene. I made it similar to the main reference room and placed a plane with facade texture outside, to allow it to be seen through the window portal.

For the environment, I used a white color with Strength=10. 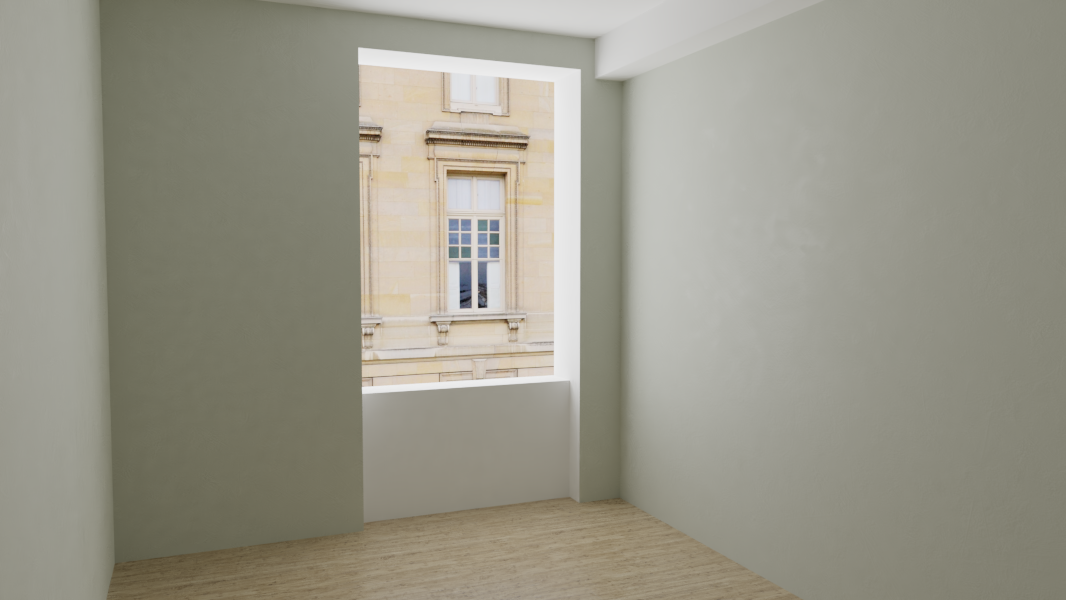 Next, I added furniture and, using the Boolean modifier, I cut holes for a sink and gas stove in the countertop. 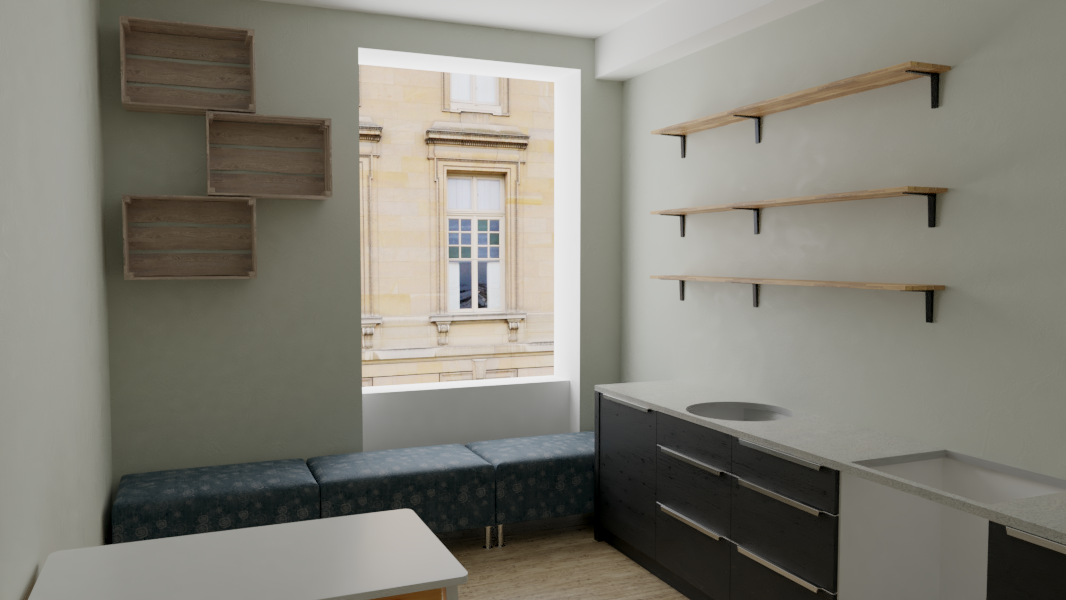 I wasn’t satisfied with the color of the wall, so I changed it to a colder tone. 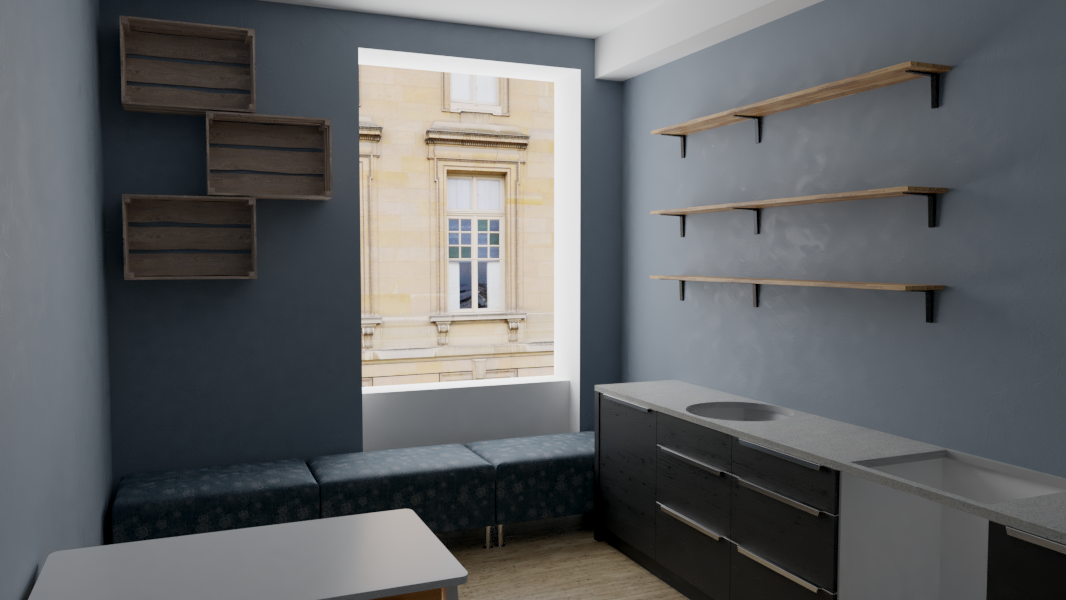 Then it was time to add some details and play with color correction. 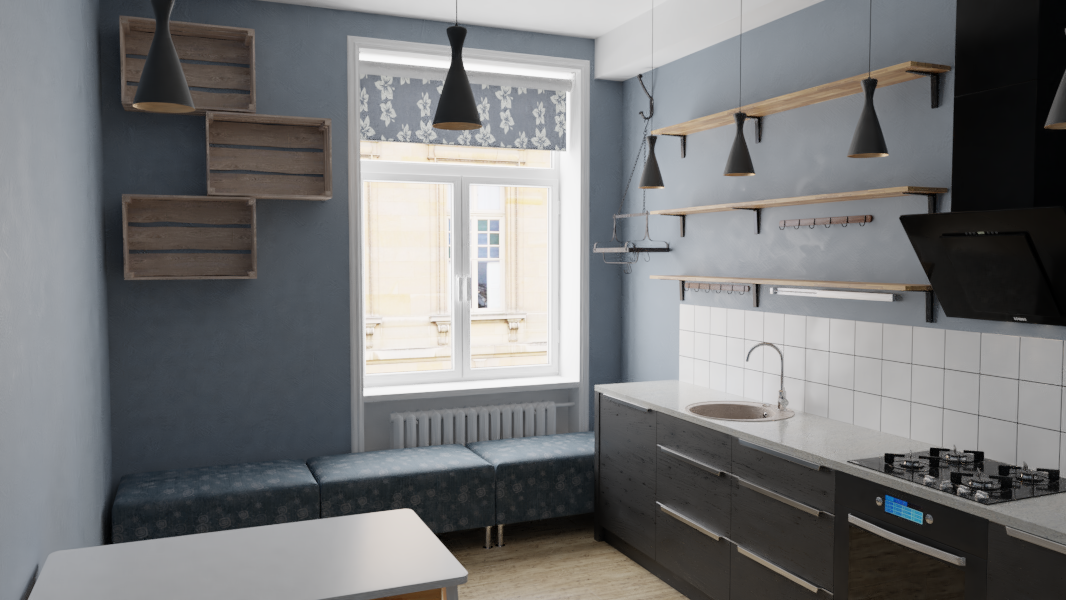 A Few Words About Making Props 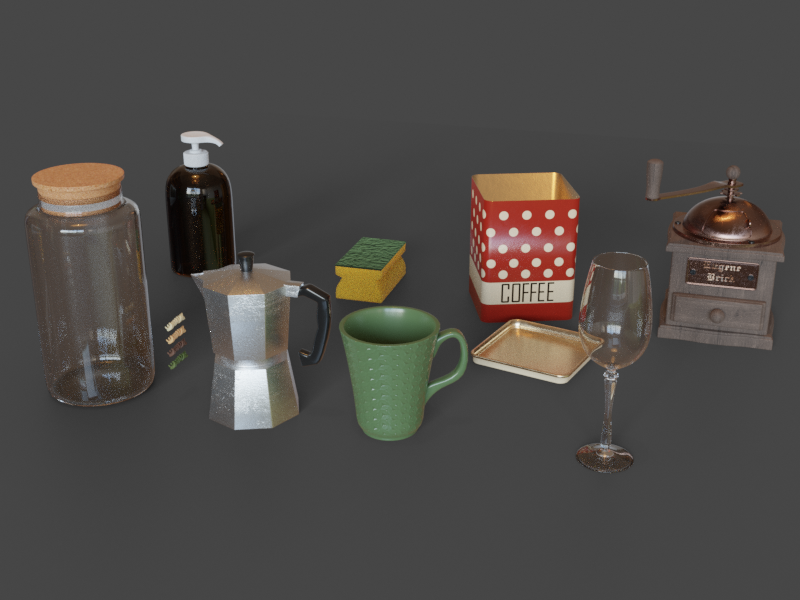 Most of the props are easy to recreate using reference photos. They have quite simple geometry. 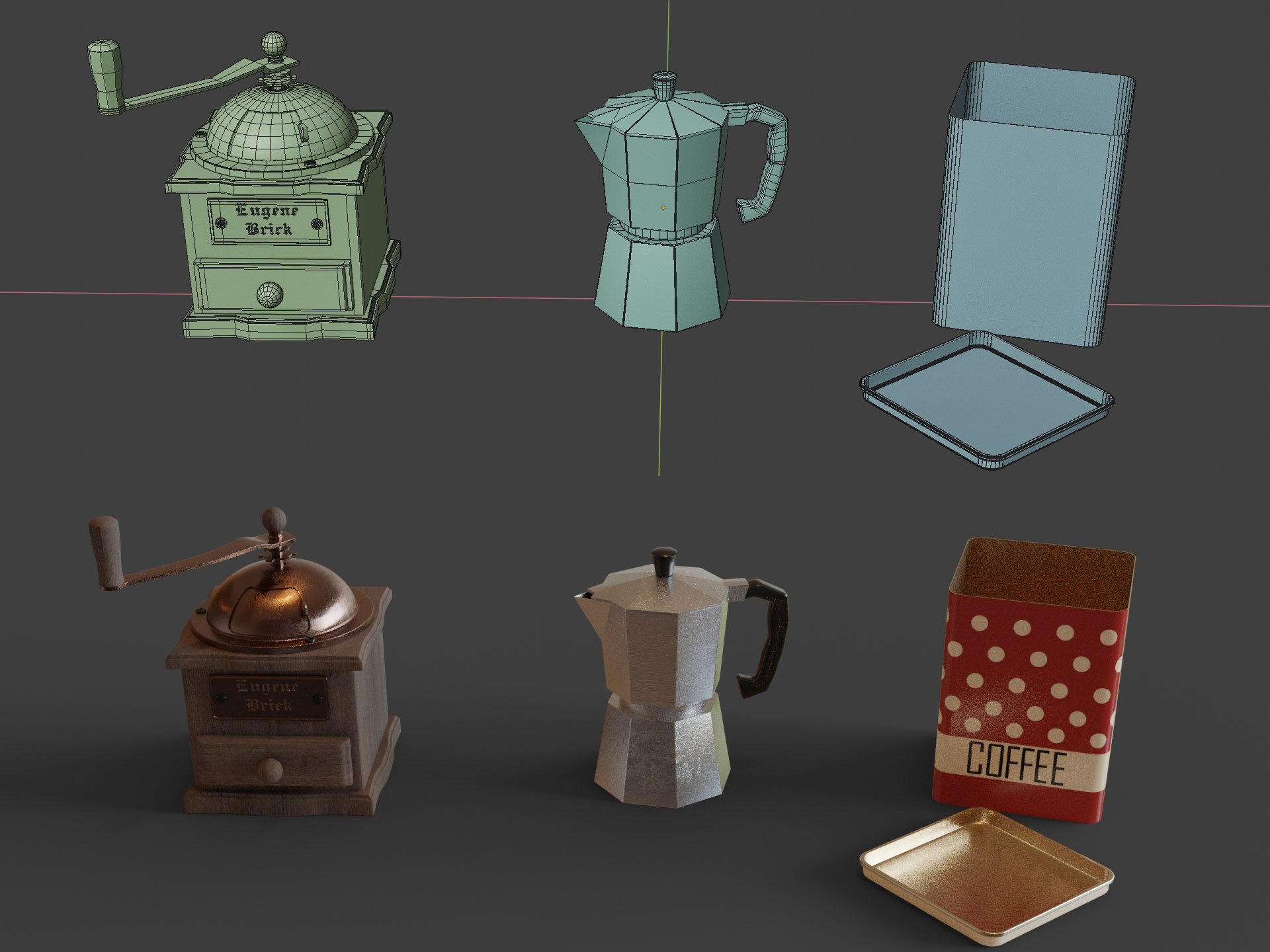 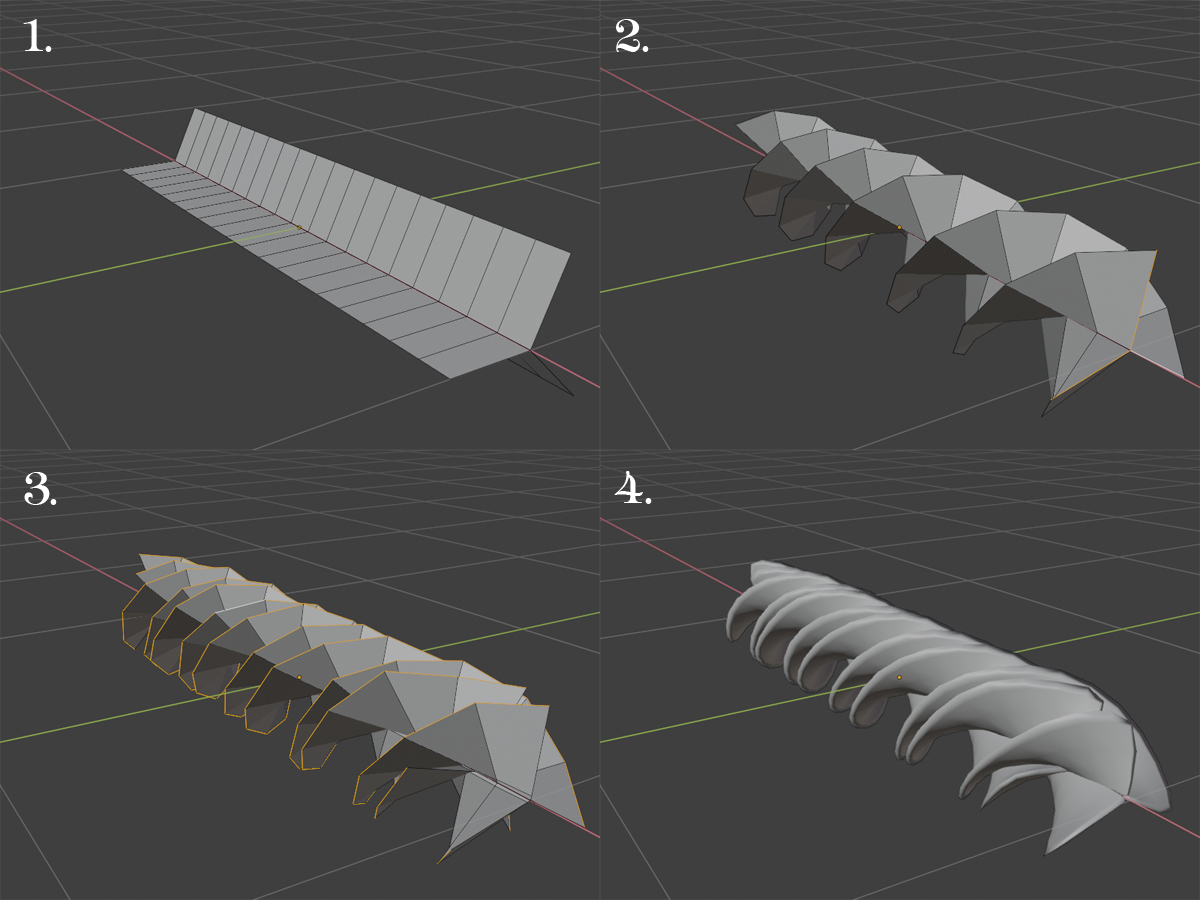 And voila! I have a simple fusilli pasta

After that, I made a simple material with translucency and color randomization.

To fill the jar, I used a simple physics simulation with ~650 copies of the object 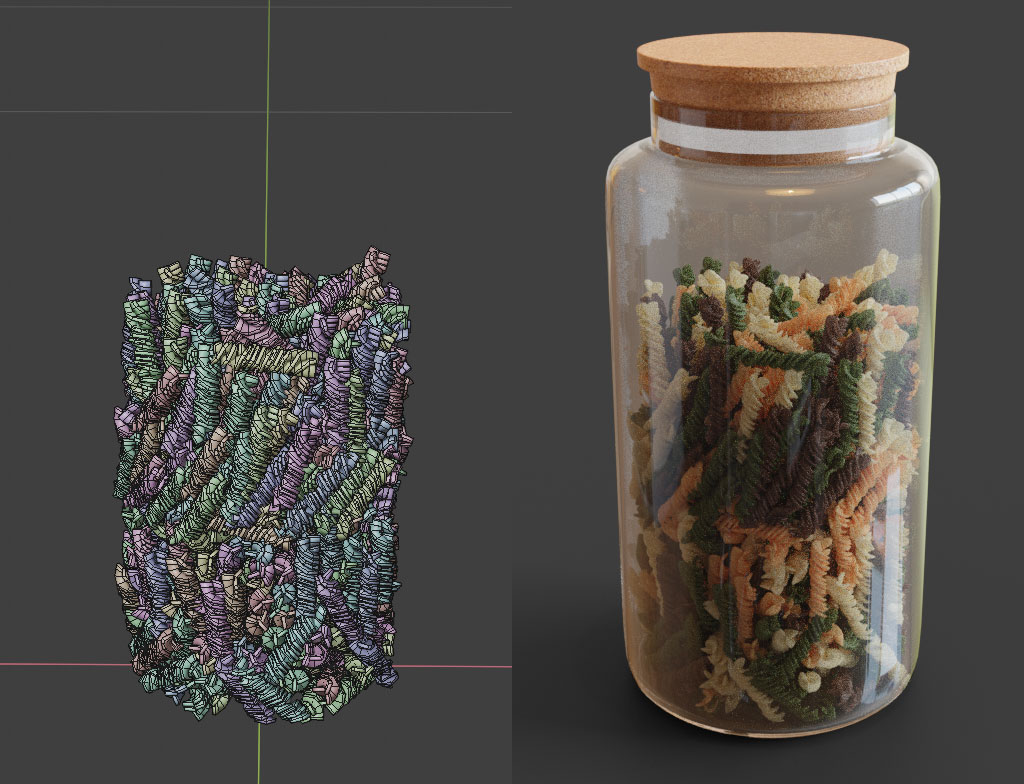 After a little research, I decided to change the camera position to focus on the kitchen workspace and give it a more artistic look, in my opinion. 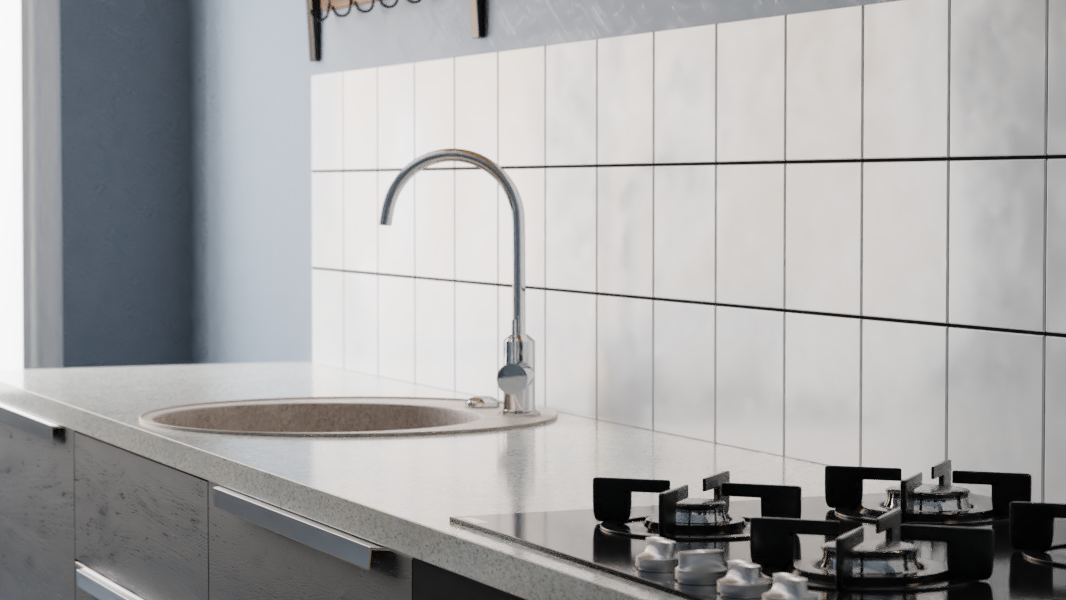 Now I was ready to fill the scene with props. After all these manipulations I made a draft render to check everything. 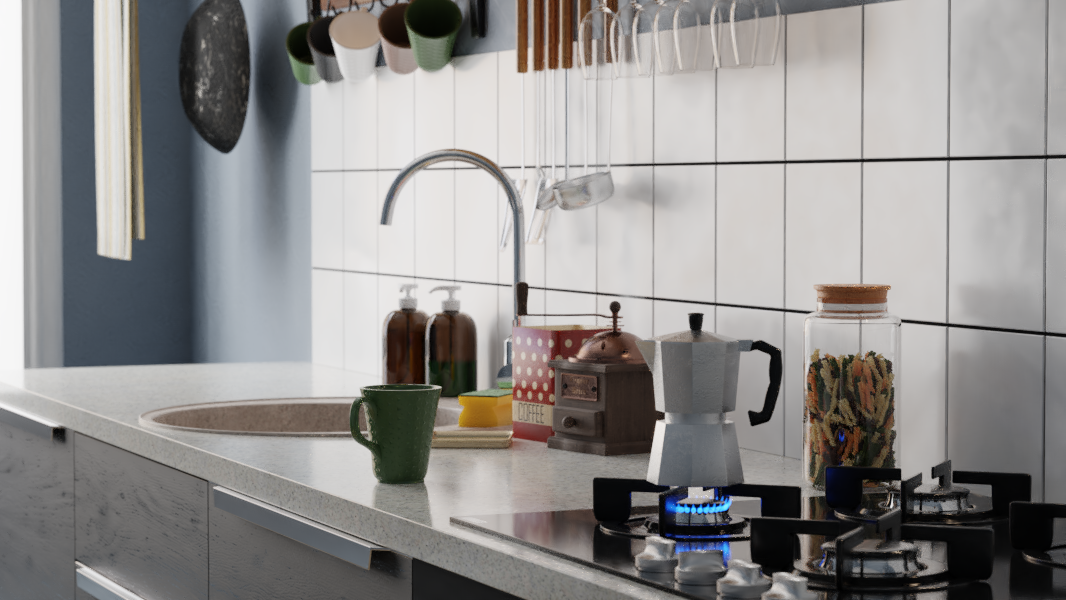 After a little post-processing in Composer, I was ready to make the final render with two different views.

I use two machines for my scenes. A desktop PC, which I use when I’m working from home:

And a laptop, which I use while I’m out:

Thank you for your attention. I hope you enjoy this article a little. 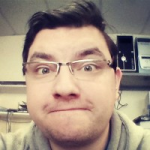 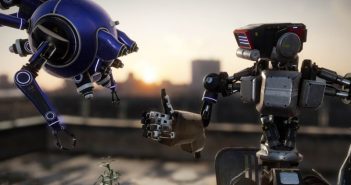 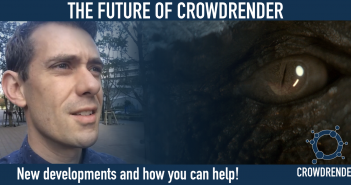 Next Article The Future of Crowdrender | Render farm addon